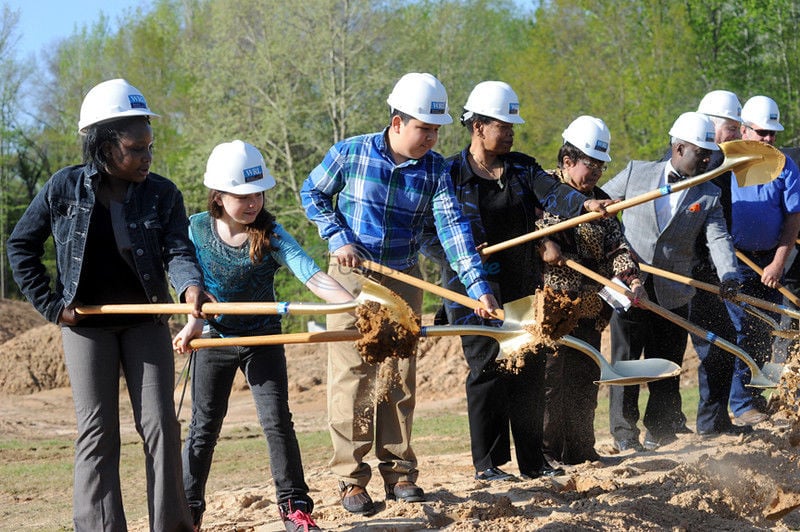 During the groundbreaking ceremony for a new Boulter Middle School, future eighth-graders and current school boards members perform the ceremonial turning of the dirt on Thursday Morning. The new middle school will replace the current one, built in 1959. (Victor Texcucano/Staff) 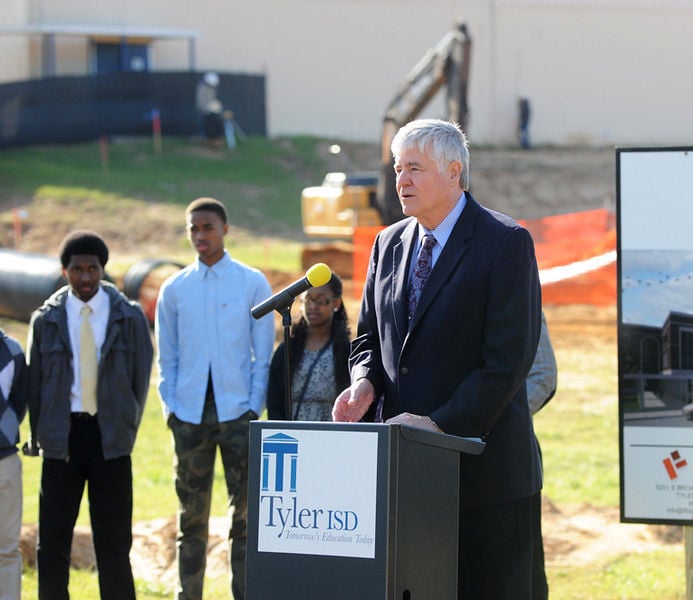 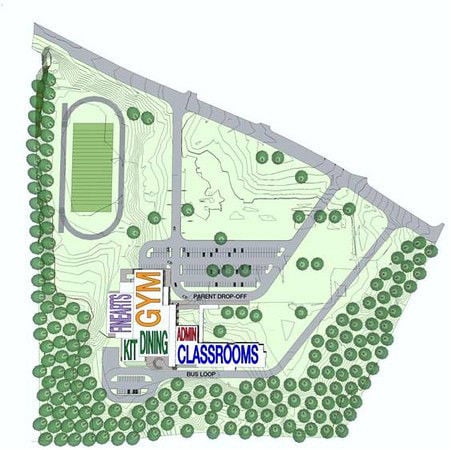 During the groundbreaking ceremony for a new Boulter Middle School, future eighth-graders and current school boards members perform the ceremonial turning of the dirt on Thursday Morning. The new middle school will replace the current one, built in 1959. (Victor Texcucano/Staff)

With the ceremonial toss of dirt, Tyler ISD broke ground on the new Boulter Middle School, one of three new middle schools coming as part of the $160.5 million bond package.

Boulter students, faculty and staff along with district administrators, board members and community members participated in the groundbreaking ceremony for the new middle school on Thursday.

"We pledge to you that we will continue to move this school forward in a spirit of excellence," School Principal Rodney Curry said.

The school, which is being built behind the existing Boulter campus at 2926 Garden Valley Road, is scheduled to open in fall 2015.

Once the new school is completed, the old school will be torn down, likely in late spring 2015, according to the contractor.

"I think it's pretty awesome that we get a new school and it gets to be nicer," said sixth-grader Ashley Decker, 11, who will attend eighth grade in the new school.

Sixth-grader Bre'Shauna Washington, 12, said she thinks it's amazing and she is really honored to get a new school.

"I think it's awesome that we get to be the first eighth-graders to be in the school," he said.

The new Boulter will be a three-story building as far as the classroom part and will be set back on the property, behind where the existing campus is located.

From above, the building's footprint will be an L-shape with the main entrance at the crux.

The 150,000-square-foot campus will have more than 40 classrooms and feature space for band/orchestra and choral programs, along with a cafetorium and gym.

Although Boulter has about 620 students presently, the new school will be built for a functional capacity of about 1,000 students. When it opens, some of the students who previously were zoned to attend Stewart Middle School will be zoned to attend Boulter because Stewart is slated to become the A.T. Stewart Academy of Excellence and no longer serve as a middle school.

Steve Fitzpatrick with Fitzpatrick Architects said in an interview last fall that the top two floors of the new Boulter will feature a reddish brick on the exterior with the lower level featuring whiter masonry or brick that gives a cast stone appearance without the cost.

The cafetorium will have large windows and a terrace and the outside space could be used as an amphitheater or outdoor classroom, Fitzpatrick previously said.

The bus drop-off would be on the backside of the campus and each building entry point is represented by arched elements.

Designing and building a new Boulter on the existing site presented some challenges because of the location. The property slopes down at least 15 feet in parts and a flood plain exists near the edge of the property.

Curry said the opportunity to have a state-of-the-art facility that can provide for the educational activities at the school will be the best part of the new campus.

"This is phenomenal, just an awesome experience to be a part, embark on a new day for Boulter," he said.

TISD Superintendent Gary Mooring recognized the architects from Fitzpatrick Architects and SHW Group and the representatives from WRL General Contractors.

"I just want to say that I'm so excited for Tyler ISD and we owe so much to the community," he said.

TISD Board President the Rev. Orenthia Mason thanked the Tyler Proud organization for its support during the bond election and thanked the superintendent and school board members past and present.

She said the school has a great opportunity for project-based learning, showing students how to solve problems collaboratively.