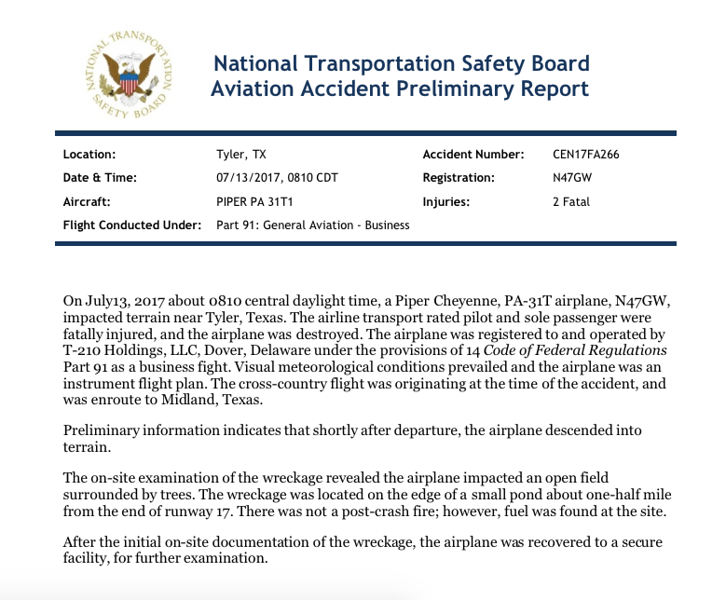 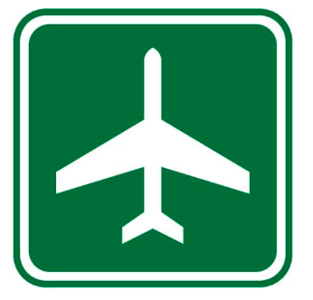 TYLER - The National Transportation Safety Board has released a preliminary crash report on the fatal plane near Tyler Pounds Regional Airport last week.

Trevor Morris, pastor at Union Hill Baptist Church in Brownsboro, and the pilot, Robert Walls, 52, of Huntsville, were killed in the crash.

"The on-site examination of the wreckage revealed the airplane impacted an open field surrounded by trees," the preliminary report reads. "The wreckage was located on the edge of a small pond about one-half mile from the end of runway 17. There was not a post-crash fire; however, fuel was found at the site."

The report indicates the airplane was removed from the site and taken to a secure location for further examination.

Morris was lead pastor at Union Hill Baptist Church and was a general manager for an oil services company. He traveled to Midland frequently for his job and it was where he was headed when the plane crashed shortly after takeoff from Tyler Pounds Regional Airport about 8 a.m. July 14.

The wreckage was located one mile south of Pleasant Retreat Road by officers searching the area after reports of it going down.