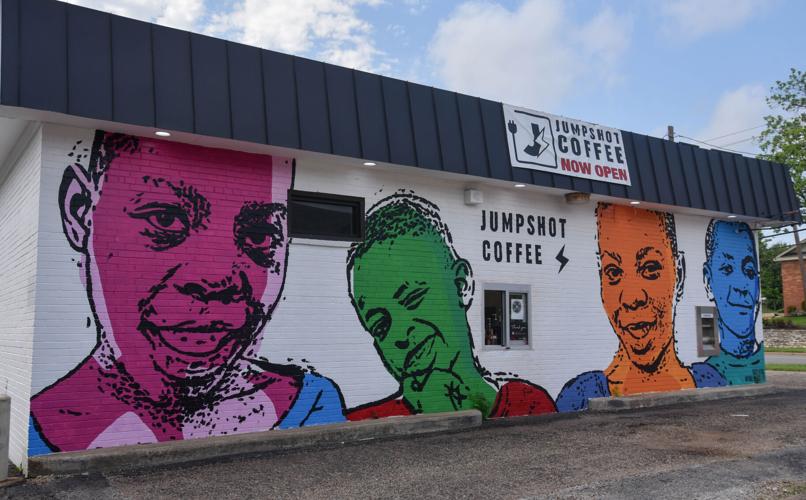 JumpShop Coffee, which opened in late February in Tyler, is adorned on its side with a mural of four Ugandan orphans. Owner Sasha Rodriguez said helping the orphans was one of the missions of the new business. 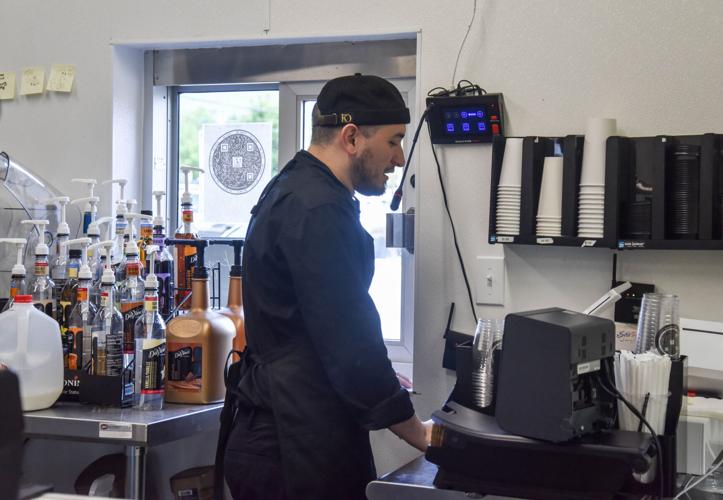 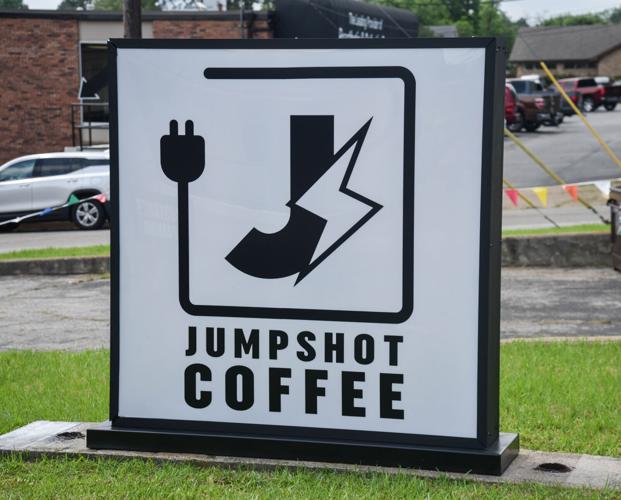 JumpShot Coffee is now open and planning a Grand Opening on May 21. 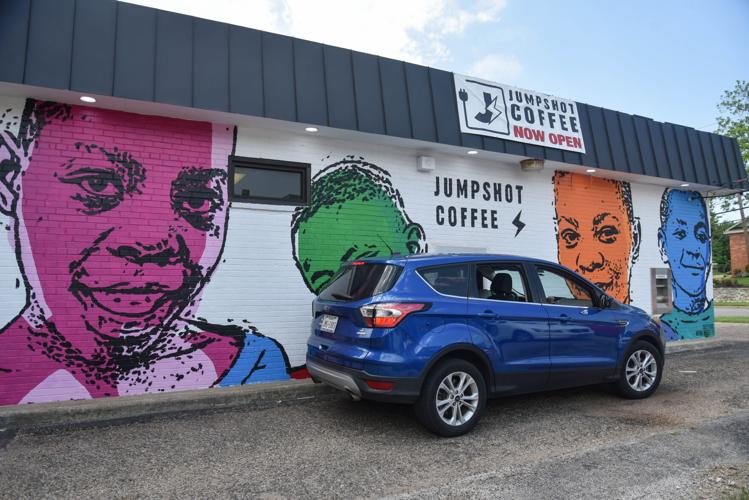 A customer drives through JumpShot Coffee on Tuesday. The new coffee shop opened in late February. 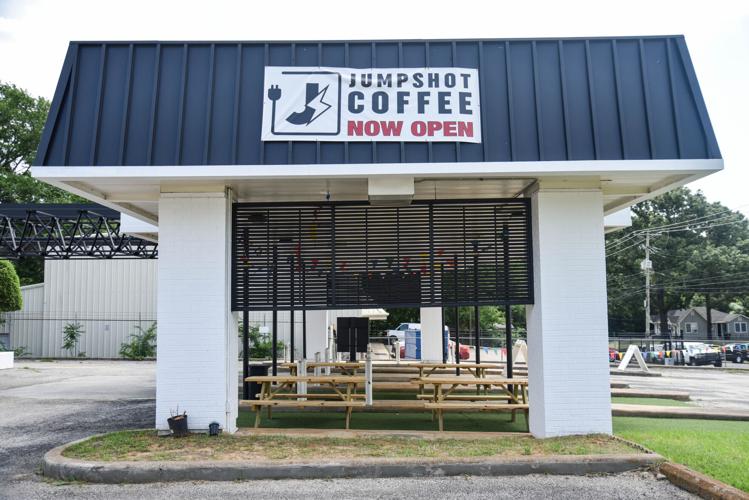 JumpShop Coffee, which opened in late February in Tyler, is adorned on its side with a mural of four Ugandan orphans. Owner Sasha Rodriguez said helping the orphans was one of the missions of the new business.

JumpShot Coffee is now open and planning a Grand Opening on May 21.

A customer drives through JumpShot Coffee on Tuesday. The new coffee shop opened in late February.

A recently opened coffee shop in Tyler is on a mission that involves more than just serving a cup of joe.

JumpShot Coffee has been serving not only the local community, but communities as far away as Uganda since it opened in late February, according to owner Sasha Rodriguez.

“Our shop is mainly a tool to impact our community locally, and to also make an impact internationally. My husband and I have both served in missions, and helping others locally and internationally has always been part of who we are,” Rodriguez said.

Part of that impact can be seen on a large mural on the outside wall of the business that depicts four of several young children in Uganda the couple has been aiding for years.

“At an orphanage in Uganda, we have been supporting 35 children,” Rodriguez said. “The kids in the mural are Namatovu Maria, Kawessa Ryan, Nakimuly Tracy, and Kaggude Jimmy and they are real kids that were rescued from the streets in Kampala, the capital of Uganda. They have suffered severe hardships throughout their lives.”

Rodriguez said the mural has been a conversation-starter, which she said was one of the goals.

“The purpose of the mural is to let everyone know a little bit of who we are and what we do, and hopefully, share some ‘hope’ with Tyler. It gives our customers the opportunity to enjoy and explore its beauty from up close, which is such a fun and unique experience; and it also causes them to ask questions.” she said. “Quite a few customers have already asked for the opportunity to help kids as well, not only through buying our coffee, but through directly sponsoring a child from the orphanage.”

Mural artist Dace Kidd said she felt compelled to take on the project.

“When I learned about the charity work of JumpShot Coffee, it deeply moved me,” she said. “The mural design wasn’t created yet; therefore, I was thrilled when we decided to use the photos of the kids from the orphanage in Uganda for the mural concept to emphasize the importance of charity.”

Kidd said she hopes the mural serves as an inspiration for others to be of service.

“We all can make a difference and make the world a better place,” she said.

Rodriguez said she hopes the business also makes an impact on a local level.

“In the short two months we have been open, we have been serving underprivileged people in our area. We have served free breakfast to homeless, widowed and hospitalized women in Tyler,” she said. “Beautifying our downtown, especially in the health district, where so many people with compromised health drive by every single day. Our goal has been to serve them by bringing art and beauty to their drive.”

Rodriguez went on to say something as simple as buying a cup of coffee can make a huge difference.

“We learned that serving is the essence of purpose. Everyone is called to serve somewhere, and that’s what brings true fulfillment to our lives. We are offering to our community the opportunity to give as an act of service, which has changed our lives personally,” she said. “Doing something as simple as buying coffee, or giving a little extra, can make a huge impact.”

The shop has set a grand opening for May 21. Rodriguez said they have big plans for the future.

“This is just the beginning. We soon hope to offer customers a $1 a day tax deductible donation with 100% of the money benefitting orphanages,” she said. “We also have plans to take a group of 10 to 15 volunteers to Uganda next year to visit the orphanage and participate in the construction of the new orphanage we will hopefully be able to build for them.” 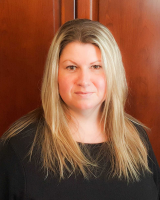 “God is not unjust; he will not forget your work and the love you have shown him as you have helped his people and continue to help them.” (Hebrews 6:10)