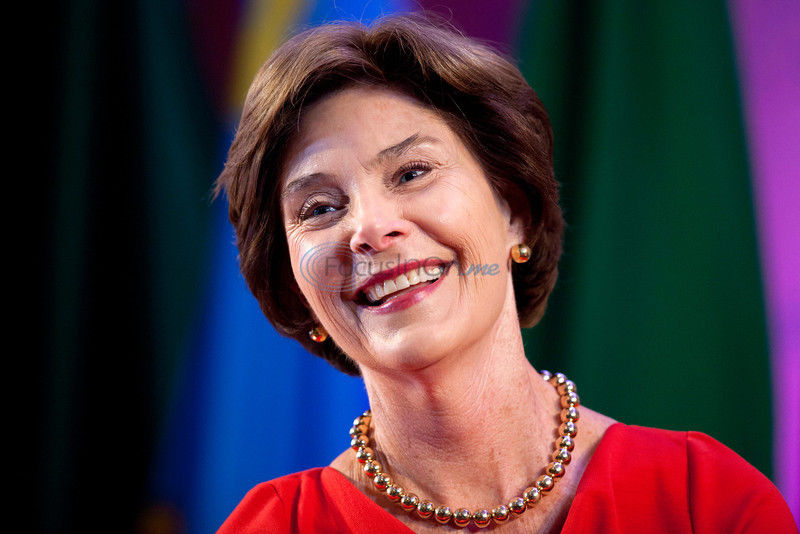 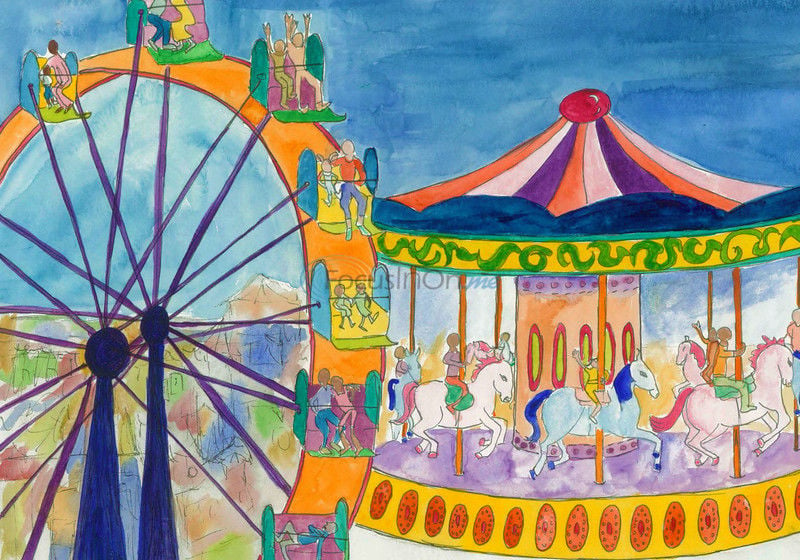 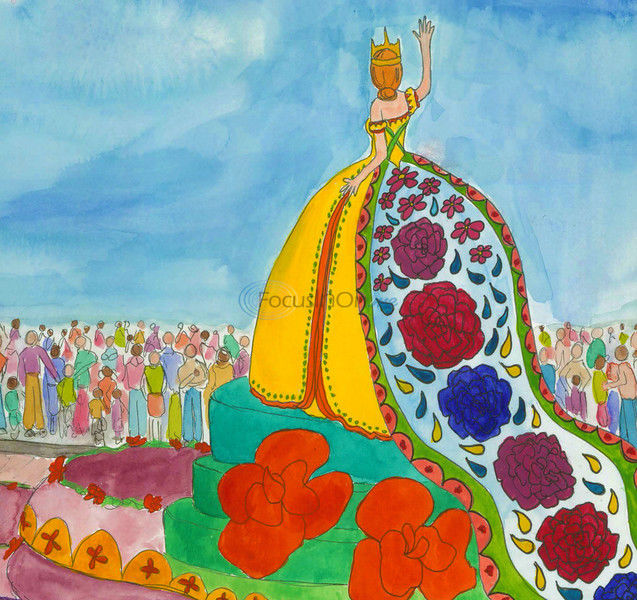 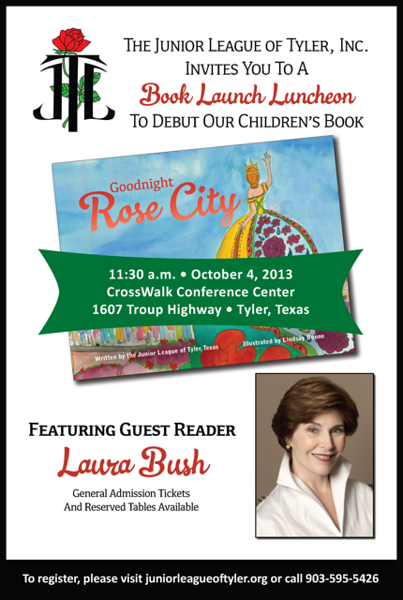 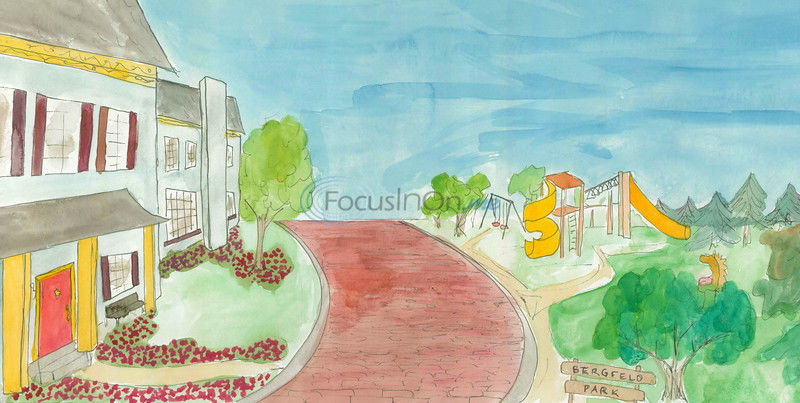 A children's book about Tyler and its allure will debut next month during a luncheon.

The luncheon, scheduled for 11:30 a.m. Oct. 4, will feature former first lady Laura Bush, who will speak and conduct a reading of "Goodnight Rose City."

"Goodnight Rose City" was written by Junior League of Tyler members and illustrated by Lindsay Boone, a former art teacher at The Brook Hill School. It shows various locations around Tyler through original watercolor drawings.

"We feel it absolutely shares why Tyler is a good place to live and work," said Shannon Glenney, president of the Junior League of Tyler.

"We're excited to be able to provide something fun," she added.

Ms. Glenney said she saw the book "Good Night San Francisco" while traveling and thought such a book was a great idea.

She said the Junior League, which is "committed to promoting voluntarism, developing the potential of women and improving communities through the effective action and leadership of trained volunteers," promotes literacy, so writing a children's book would fit into that mission.

She said she approached the league, and once the idea was approved, a committee was put together, and members researched every place they could think of that represented Tyler and studied rhyming patterns.

Ms. Glenney said the league took the text of the book to Mayor Barbara Bass and City Manager Mark McDaniel, as well as Henry Bell, with the Tyler Area Chamber of Commerce.

"They just were very sweet to meet with me and listen to the idea and tell me if we had missed anything," she said.

As far as the artwork, the league sent letters to the local art teachers and others, Ms. Glenney said, and they were given a line of text and could submit any art in any medium to go with the text. In the end, Ms. Boone was the one who did the illustrations.

And she said it was an honor to be chosen.

"It was so much fun working on it …" Ms. Boone said. "I love it because I grew up in Tyler. I know the city so well. It was fun to turn my hometown into this … place fit for a children's book. I think it memorializes our town (beautifully)."

After the book is out and published, Ms. Glenney said, local elementary schools will be able to see the original artwork and text, and learn how the book evolved.

In the meantime, given that Mrs. Bush is a former librarian and established the Texas Book Festival, the debut event "just all fell into place." Ms. Glenney said. She said proceeds from book sales will benefit the community.

According to a news release, this is not the first book released by the Junior League of Tyler, as it has also released a collection of cookbooks called, "And Roses for the Table," "Cooking Through Rose Colored Glasses" and "Ring Around the Rosie: A Collection of Children's Recipes."

As far as the decision to have a storybook this time, Ms. Glenney said in the news release, "We wanted to write a book parents, grandparents, teachers and caregivers would enjoy reading to their children that embraced the history and uniqueness of our great city, and we wanted to do it in our token philanthropic style by donating the proceeds back into the community."

Tish McGuire, with the junior league, echoed Ms. Glenney, saying, "When I heard about this project, I was thrilled and definitely wanted to be a part of it. This project so neat because this book is something our whole community can enjoy, and something the community will benefit from for years to come. I love the idea of reading "Goodnight Rose City" to my son as I teach him about Tyler and the things that make our city unique. I love the fact that we can instill in our children a love for community, tradition and service by reading this book. And I really love that, while it's a great teaching tool for kids, every purchase just goes right back into our community.

"We wrote this book as another means to raise money for the agencies where we give our money and our time. It's an overall beautiful project, but more importantly, it will continue to provide a means for us to fund the many nonprofit agencies of Smith County."

According to a news release, the league this year has put in more than $250,000 and 20,000 volunteer hours for nonprofits and community programs.

Residents can pre-order the book and purchase luncheon tickets online at www.juniorleagueoftyler.org. Tickets also may be purchased at the league office or by calling 903-595-5426.