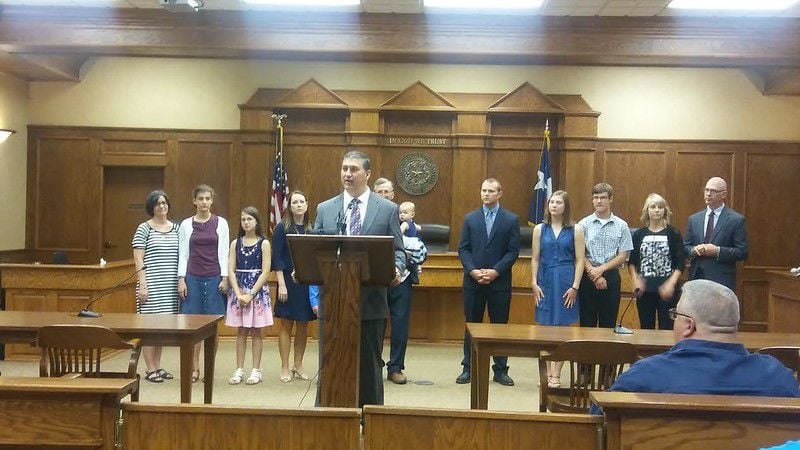 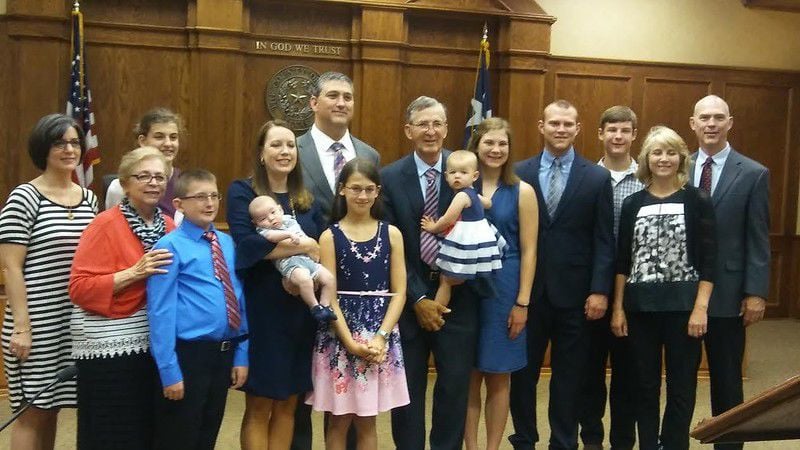 Smith County Judge Nathaniel Moran announced his intention to run for the seat at a press conference Friday morning.

Moran was appointed by the Smith County Commissioners Court to fill the seat in July 2016, after it was vacated by former County Judge Joel Baker’s resignation.

The seat is up for election in 2018, and Moran announced he plans to run in the March primary as a Republican and in the November general election.

“It is my hope that over the past 11 months, I have proven myself to be a steady chief administrative officer for the county and a fair and impartial judicial officer while on the bench,” Moran said. “I have done my best to be prepared on each issue presented for decision, to think critically about those issues and to make an independent decision based on what I thought was best for the county and its citizens.”

Moran made the announcement in the Smith County Courthouse Annex Chambers, with his family in a row behind him.

Those included his wife, Kyna, and their four children: Caleb, 12, Victoria, 10, Juliette, 18 months and Lincoln, 2 months.

“If elected, I pledge that I will continue to strategically and systematically address the needs of the county through civil and open deliberations, prudence in action, fiscal responsibility and continuous communication with our citizens,” he said. “Thoughtful solutions will, no doubt, result if we proceed in this manner, and the citizens of Smith County will be the chief beneficiaries.”

Moran committed to continued rebuilding of trust within the community.

“I hope that by exercising independent judgment, being consistent and encouraging increased lines of communication, that community trust in its county government will rise,” he said. “Without trust from the community and without transparency about how county government operates, it will be impossible to tackle the hard issue facing Smith County.”

Moran also pointed to a few items he’d like to see come to fruition. Those included the proposed addition of a fleet manager and a budget analyst position to the county’s payroll, as well as increased technology investment and working to create a misdemeanor mental health court.

Moran is a former Tyler City Council member and former partner at the law firm Ramey & Flock. Moran was first elected to the Tyler City Council in 2005 at the age of 30. He served until 2009. He's a graduate of Whitehouse High School, Texas Tech University and the Texas Tech School of Law.