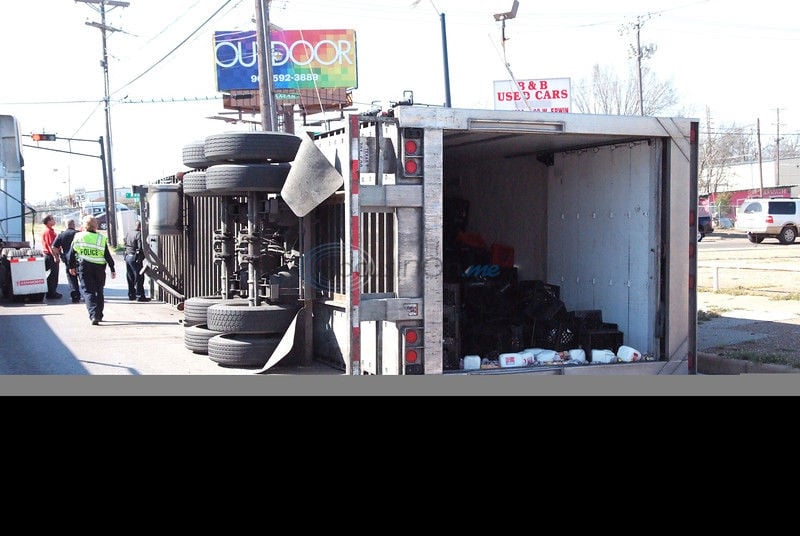 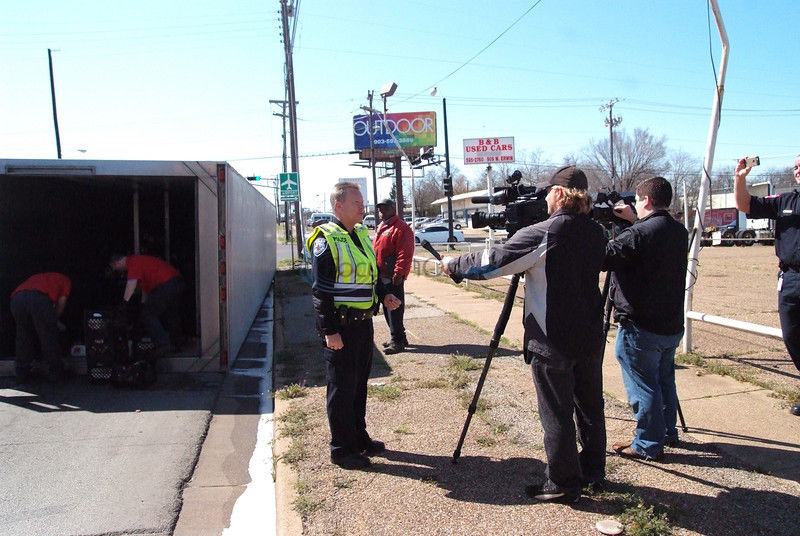 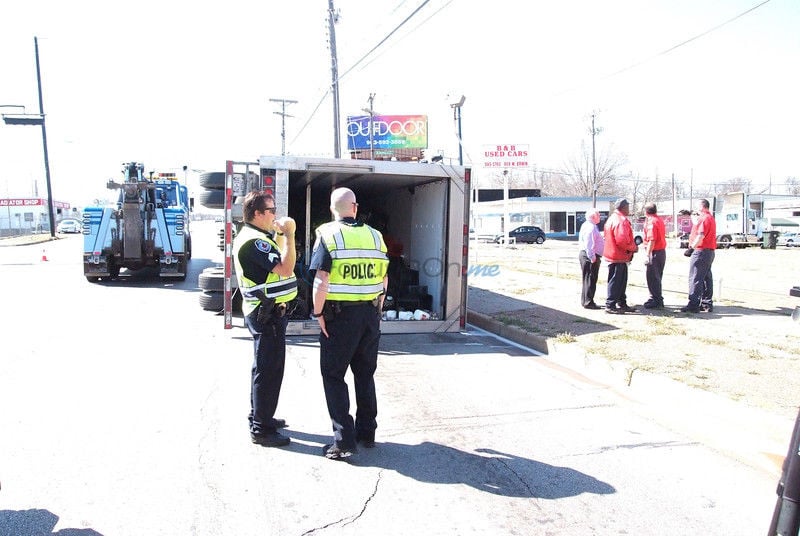 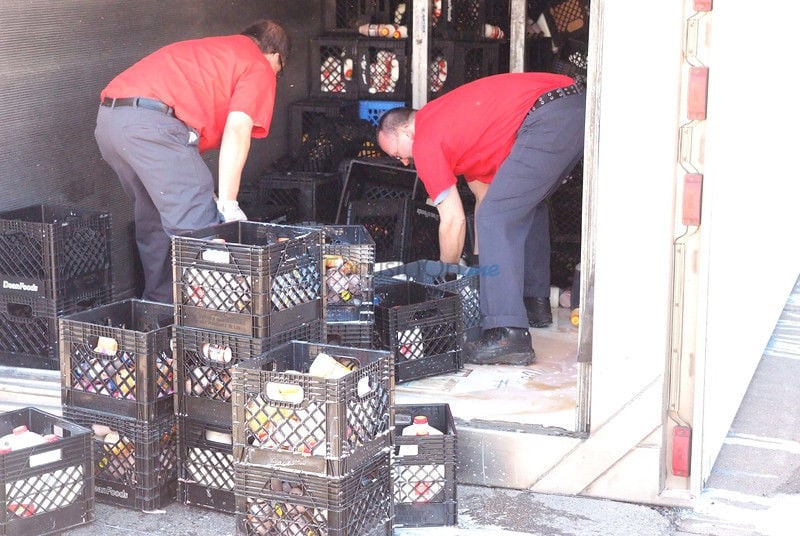 There were no cookies or donuts, but there was a river of Borden's milk running down Palace Avenue Tuesday after a box-trailer came detached from the truck hauling it and overturned.

The jokes were flying as Tyler police officers arrived about 10:40 a.m., but upon learning the dangers of spoiling milk reaching a water stream, the mindset turned more serious.

As of mid-afternoon, a lane remained blocked, with a cleanup crew on the scene.

"Where's the cookie truck?" one officer belted out upon arriving. Others came up with their own jokes, and even the driver, who was unhurt in the freak accident, laughed with officers.

One officer even made up headlines she'd like to read in the newspaper the next day.

"Milky Way," is my favorite," officer Barbie Stuart said from her squad car.

Tyler Police Sgt. Destry Walsworth said the driver's load had shifted in the truck, and the trailer came unattached while the truck was sitting at the traffic light at West Erwin and Palace Avenue.

The overturned trailer caused the road to be shut down.

"We're lucky there were no cars in the right-hand lane, or we could have had a serious accident," he said.

"If this milk gets into the water steam, and it starts growing bacteria, then it depletes the oxygen in the water and kills the aquatic life in there," he said.

When asked if the old saying "No sense in crying over spilled milk" did not apply to the overturned milk truck, Wiggins replied, "That's correct."

Calls made to Borden's in Dallas were not returned, and Borden officials at the scene of the accident said they could not answer questions.

Walsworth said he had heard all of the jokes, including asking who brought the cookies with them to the scene, and laughed when it was pointed out there were police officers and milk but no donuts.

He laughed about the milk running down the road.