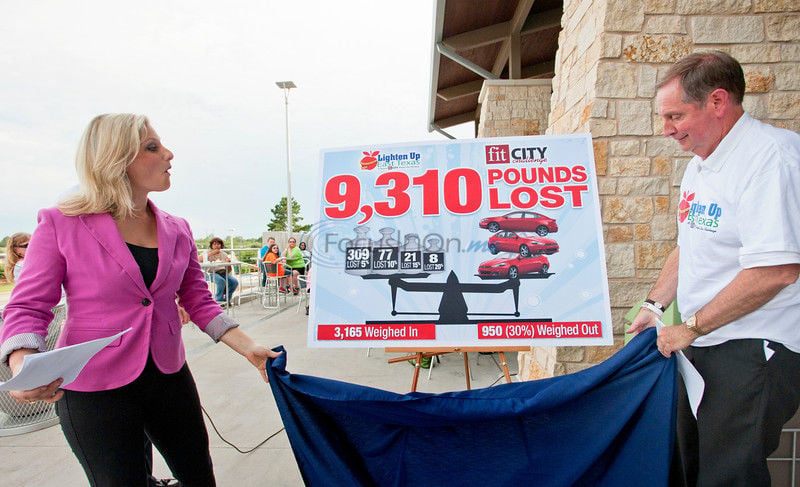 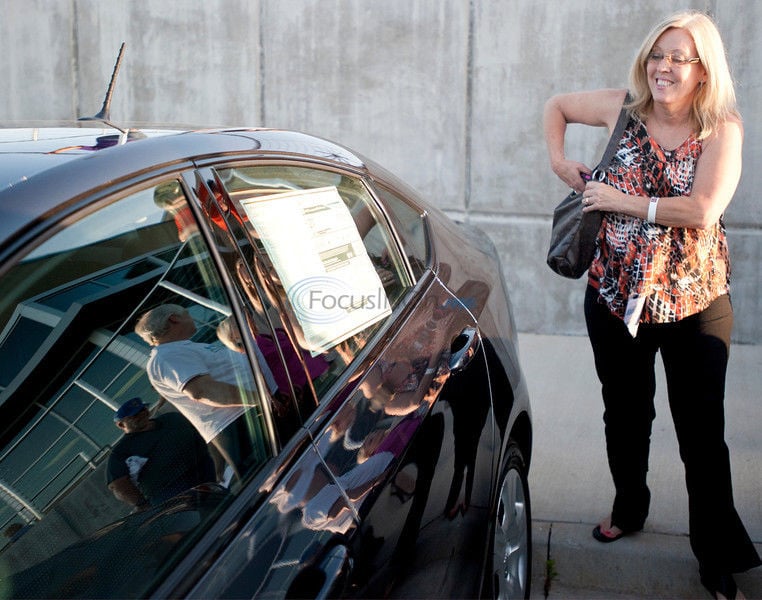 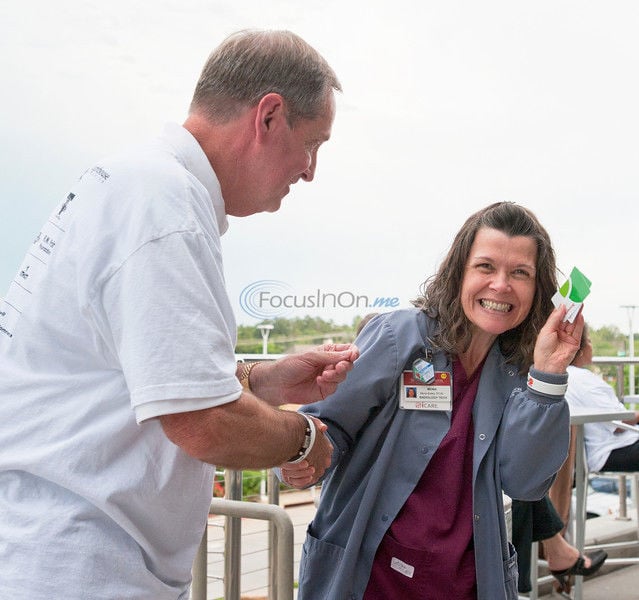 Mona Kelley waves her $1,000 gift card that she got from Tyler Molrning Telegtraph editor Dave Berry. She was one of the finalists in the Lighten Up East Texas weight loss contest finale at Fresh Tuesday evening. Herb Nygren Jr / Staff

Mona Kelley waves her $1,000 gift card that she got from Tyler Molrning Telegtraph editor Dave Berry. She was one of the finalists in the Lighten Up East Texas weight loss contest finale at Fresh Tuesday evening. Herb Nygren Jr / Staff

The 60-year-old lost 15 of the whopping 9,310 pounds — the equivalent of three Dodge Darts — that East Texans collectively lost throughout a four-month period.

"I was surprised, but I just had a feeling," Mrs. Hardy said, after test driving her new car for the first time.

Records show that 3,165 weighed in for the contest, while 950, 30 percent, of participants returned to weigh out. That's up from 18 percent at last year's contest.

Mrs. Hardy lost weight by watching her food intake and consulting with a health coach.

"I've worked on my weight for the last 10 years," she said. "It's not easy. It helps to have events like this. I think it's an awesome idea, and it helps motivate people."

The rain stopped in time for LUET officials to announce winners, as well as give away thousands of dollars in gift certificates. Live entertainment and appetizers added to a festive atmosphere on FRESH by Brookshire's patio.

"We're very blessed with the weather, and we had a great evening with great food and fellowship," said George Roberts, chief executive officer at Northeast Texas Public Health District and a Lighten Up East Texas organizer. "I think we'll see if we can do this again next year."

Wieczor, a firefighter, used CrossFit and followed the Paleo diet. He said he had gained as much weight as his wife while she was pregnant with their now-5-month-old daughter, Collette.

"We had been losing weight, and at the end, we lost a few more pounds than we were expecting," Wieczor said.

The couple said accountability was important in weight-loss success.

"Get with a group of people or other people losing weight," Wieczor said. "Focus on trying to lose weight together."

Mrs. Wieczor pulled out the stroller and took walks with their daughter. She said breastfeeding helps with weight loss as well.

Bill and Brenda Reynolds, of Tyler, were among the six people who won an Inspiration Award. The couple, who have been married for 39 years, had fought to lose weight individually. This year, they teamed up to provide each other the support they needed.

The couple said they both feel better and are enjoying buying new clothes.

They said they still have some work to do. Mrs. Reynolds is about 30 pounds from her goals, while her husband wants to lose another 20. She said weight loss goes beyond dieting and exercising.

"It's all up here," she said, pointing to her head. "You have to want it really bad."