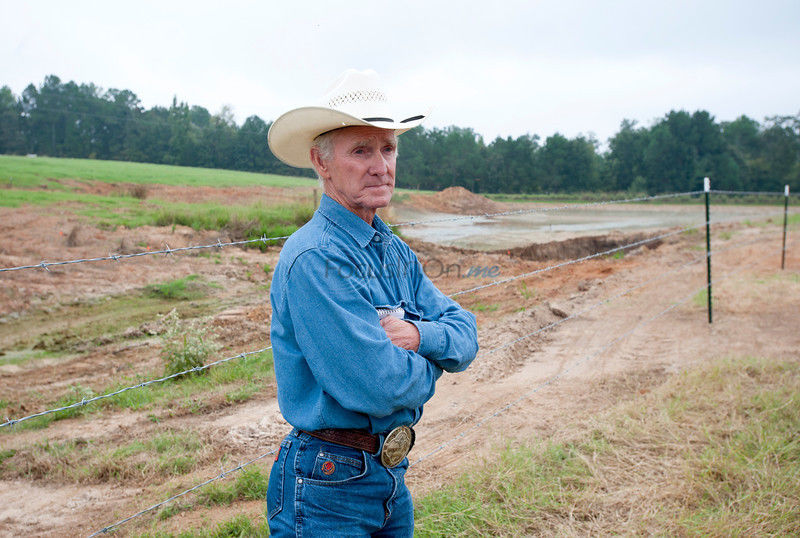 photo by Sarah A. Miller/Tyler Morning Telegraph Rickly Lyles of Lyles Rope & Strings stands by his now drained pond on his property near Arp. Lyles is upset about a pipe leak that killed his fish and ruined his pond. 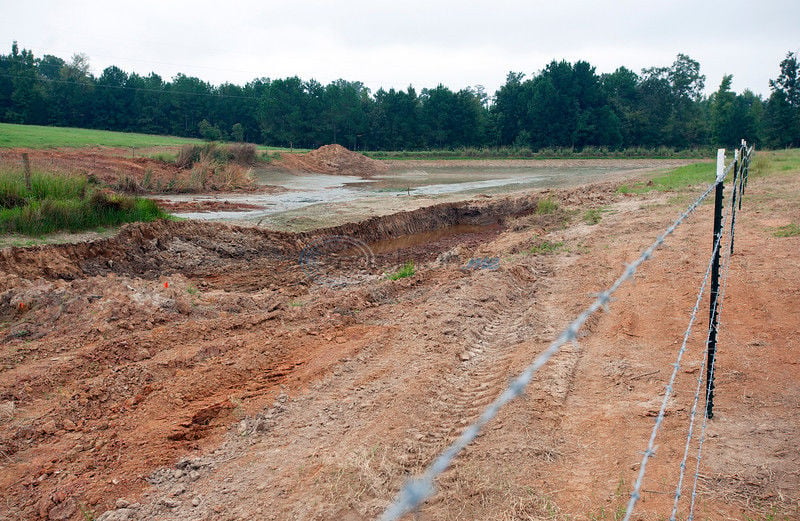 photo by Sarah A. Miller/Tyler Morning Telegraph Rickly Lyles' pond is mostly drained, but the work is far from finished after a pipeline leak contaminated the water and killed his fish. 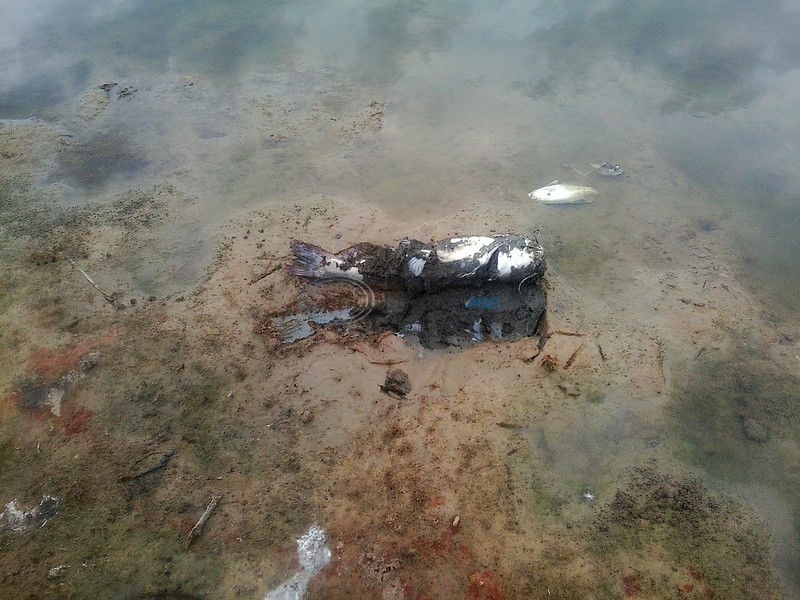 courtesy Dead fish and contaminated pond water were the result of a pipeline leak on Rickly Lyles' property near Arp.

photo by Sarah A. Miller/Tyler Morning Telegraph Rickly Lyles of Lyles Rope & Strings stands by his now drained pond on his property near Arp. Lyles is upset about a pipe leak that killed his fish and ruined his pond.

photo by Sarah A. Miller/Tyler Morning Telegraph Rickly Lyles' pond is mostly drained, but the work is far from finished after a pipeline leak contaminated the water and killed his fish.

courtesy Dead fish and contaminated pond water were the result of a pipeline leak on Rickly Lyles' property near Arp.

TROUP — The Railroad Commission of Texas has required Longview-based operator CW Resources to do remediation for a pipeline spill that occurred on an East Texas man's property last month, the commission confirmed.

Railroad Commission spokeswoman Ramona Nye said via email that "an undetermined amount of condensate and saltwater" spilled Sept. 10 near a pond near Arp.

That pond, located off of County Road 2143, is on the property of Ricky Lyles, with Lyles Ropes and Strings.

Ms. Nye said via email that the remediation efforts have been ongoing.

"On Oct. 1, CW Resources took soil samples from the pond sediment and found benzene, (which she described as a ‘constituent that can be found in association with the production of oil and gas'), above Railroad Commission requirements in all five samples taken," she wrote. "On Oct. 7, the operator scraped the bottom of the drained pond, and removed all sediment. On Oct. 11, the operator took more soil samples to determine if it had removed all benzene, and four of the five samples were below (commission) requirements for benzene and one sample was slightly above (commission) requirements."

She said via email that more remediation by CW Resources, involving soil removal and sampling remaining soil, was scheduled for this past week, "depending on weather conditions."

But Lyles, 68, said he is not satisfied with the way things have been handled.

Lyles said CW Resources, which is described on its website as "an independent exploration and production company primarily focused on developing natural gas reserve," fixed the pipeline and started draining his pond.

However, he said he was not satisfied with the condition of his pond on Monday, when some water remained in the pond.

In the end, Lyles said he wants his pond cleaned out and "put back in the order that it was."

When the spill occurred, he said the contents of the pipeline made it into his pond, killing his fish. He said one of his cows also has died since the spill, although he isn't certain that the spill issue caused the death.

"At one time, my cattle were drinking out of this pond, and I don't know… could it (affect) my calf crop?" he said.

He said he also hasn't been satisfied with communication from CW Resources, and has had to take time off of work to deal with the issue.

"The wildlife is going to get in there. What's going to happen to it?" he asked. "I want my place put back in the condition that it was, and they had a timely manner to do that in."

But Randy Earley, senior engineer and general manager for ESA Consulting, said Monday on behalf of CW Resources that the operator is "working with the railroad commission, and following their method on the proper form of remediation."

"We've been in contact with Mr. Lyles to make sure the two don't conflict, to make sure whatever the (Railroad Commission) asks CW to do is not in conflict with what the landowner wants," Earley said.

Since the spill, he said, the pond was drained, and there was effort to scrape the pond's bottom lining. However, it later rained, putting water back into the pond, he said.

He said Monday that the plan was to go back out to the property per instructions from the Railroad Commission. He said the pond will be drained again, and soil samples will be analyzed for contaminants.

Depending on those results, the Railroad Commission will provide instructions on how to move forward, Earley said.

Throughout the process, Earley claims that "communication has remained open" with Lyles.

"I know he wants more satisfaction. We recognize he has cause for concern, (and) we intend to address that," he said.

Overall, he said, the plan is to get soils up to acceptable levels, and at that time, the pond will be refilled and restocked with fish.

But Earley said it must be ensured that what is going back in the pond is not contaminated by soil.

"We have to make sure it's clean enough for refilling," he said.

"I think the plan is to get back out there, get equipment back out there to re-empty the pond and get samples. At that point, we'll try to get an analytical expedited. I'm just hopeful we can get this resolved," he added.