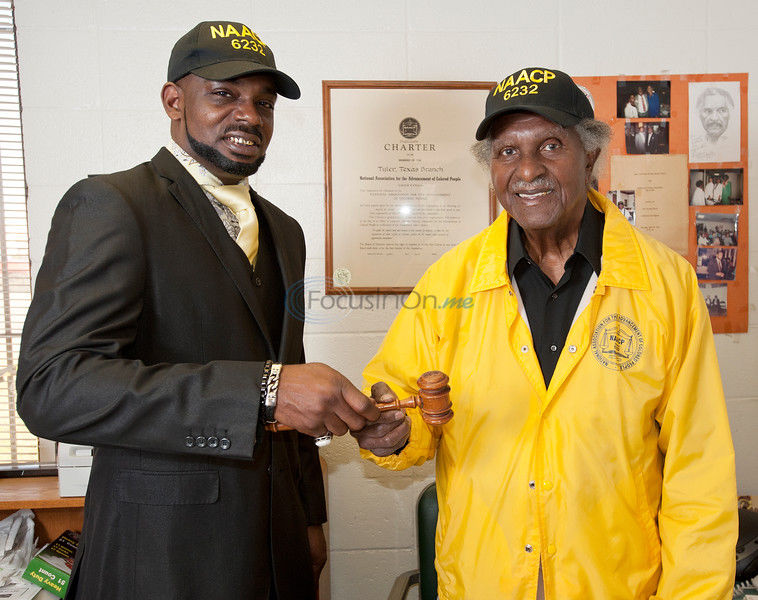 In 2015, Ernest Deckard, right, passes the gavel to Cedrick Granberry who is serving as the current Tyler-Smith County Branch NAACP president. Deckard held the presidential position for 24 years. 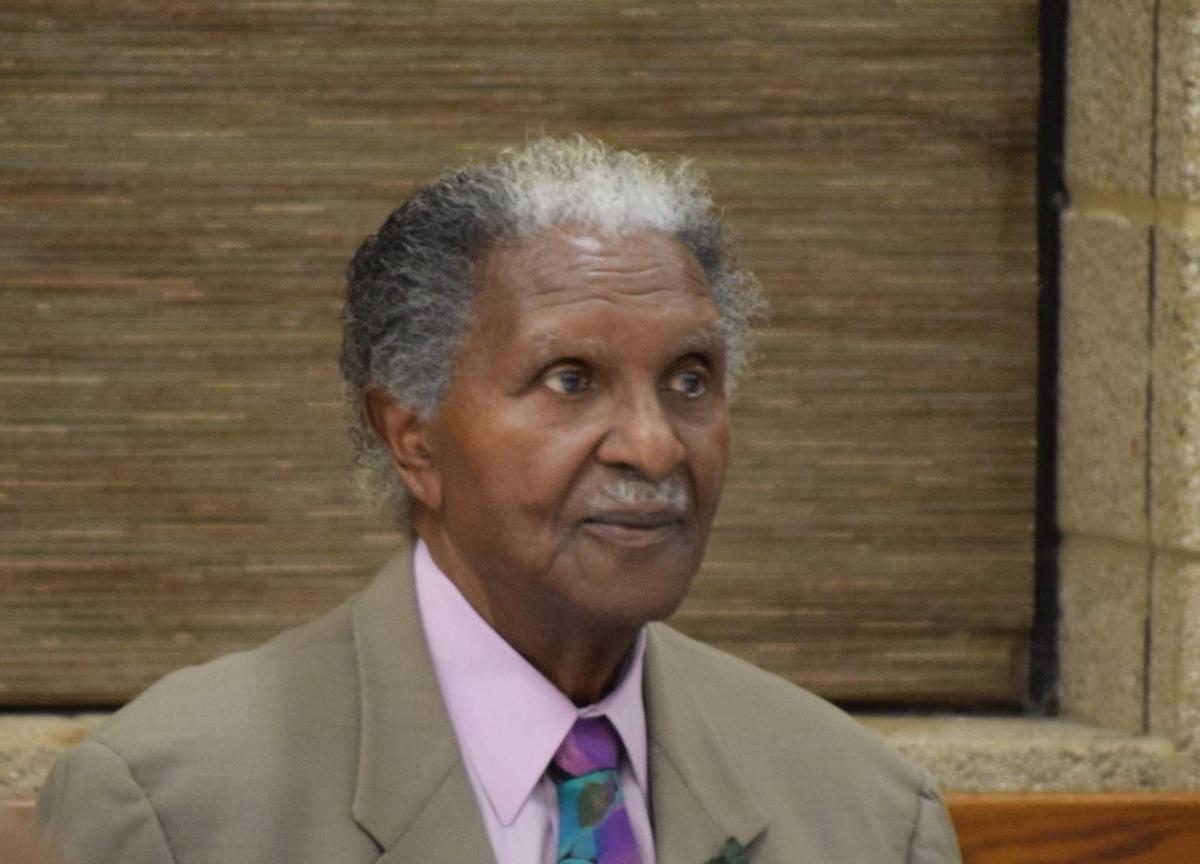 In 2015, Ernest Deckard, right, passes the gavel to Cedrick Granberry who is serving as the current Tyler-Smith County Branch NAACP president. Deckard held the presidential position for 24 years.

Ernest Melvin Deckard, a longtime leader of the local National Association for the Advancement of Colored People and mentor to many, died March 30 at age 90.

Funeral services will be Sunday at 11 a.m. at Evergreen Memorial Parks Cemetery, 1310 WNW Loop 323 in Tyler.

He served as president of the NAACP Tyler-Smith County branch for 24 years.

NAACP Tyler-Smith County President Cedrick Granberry, who succeeded Deckard after his retirement in 2015, said it was definitely gratifying to follow such a respected leader.

“He gave so much words of wisdom and valuable information,” Granberry said.

Deckard helped with workers’ rights, voter education and Democratic politics. He served in the U.S. Air Force and was a member of the New Generation Baptist Church.

He joined the Tyler Organization of Men in 1969 and served as president for several years. He joined the NAACP in the 1980s. He was also involved in the A. Philip Randolph Institute, a group focused on civil rights and workers’ rights, Smith County Precinct 4 Commissioner JoAnn Hampton said.

Hampton said he was a mentor and like a father to her.

“He was just always there when the community needed him,” Hampton said. “He worked hard for this community.”

Hampton said she grew up in Virginia and moved to Texas in the 1970s. Deckard taught her about working together with people in the community.

“We were sounding boards for each other,” she said.

Rosie Johnson met Deckard in 1978 at the Tyler APRI while working together on voter education and registration and town halls. She served as the secretary while Deckard was president.

“Mr. Deckard was a real good man, a godly man. He has given a voice to the voiceless,” Johnson said. “He treated everyone with dignity and respect.”

Through their work at the APRI, Johnson said he introduced her to many political and civil rights leaders.

“Mr. Deckard was a man of devotion and dedication,” Johnson said. “He improved the lives of people in the community.”

Deckard worked hard and gathered research when assisting with community issues. He wanted the local NAACP to be on at the forefront of discussions.

“He was going to find out all the facts of what needed to be done,” Hampton said.

One of the most high-profile cases he worked on was Annie Rae Dixon, a 84-year-old paraplegic Smith County woman who was shot in her home by a police officer during a failed drug raid in 1992. The officer was not indicted.

He also worked to help youth have a better future, Granberry said.

“He touched a lot of children’s lives,” he said. “He poured back into the community.”

He said Deckard will be revered as a courageous leader.

“He’s one of the most courageous people in Tyler,” Granberry said. “He stood on principle. He also was very diplomatic. He made sure that he was understood and not misunderstood.”

The local NAACP chapter is going to miss Deckard.

“He held up this branch for a long time,” Granberry said. “His spirit and legacy will live on forever. He did the best that he could and that’s all any of us can do.”

Lisa Williams, NAACP Tyler-Smith County branch secretary, said Deckard was very motivating, proactive and was a man of his word with integrity and honesty.

“He was a giant in the community and he served faithfully. He loved getting the community together. He will be greatly missed. He met with all the local officials,” she said. “Everyone pretty much knew Ernest Deckard.”

After his retirement, Deckard continued to attend weekly NAACP meetings, she said.

He was preceded in death by his parents, James T. and Mattie Carter Deckard. Survivors include his wife, Beulah Deckard; son, Ronald Deckard; two sisters; and one granddaughter.

Granberry said Deckard was a man that loved his family greatly.

Deckard’s niece, Deloris Van Buren, said she knew him as a truthful person who was dedicated to helping people.

“He wanted to do what he thought was right,” Van Buren said. “I just knew him as a down-to-earth honest person that would do anything for you.”