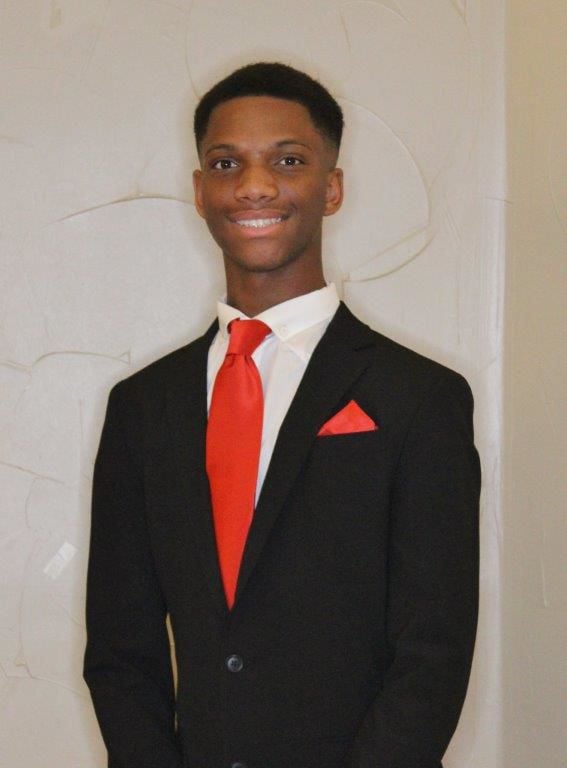 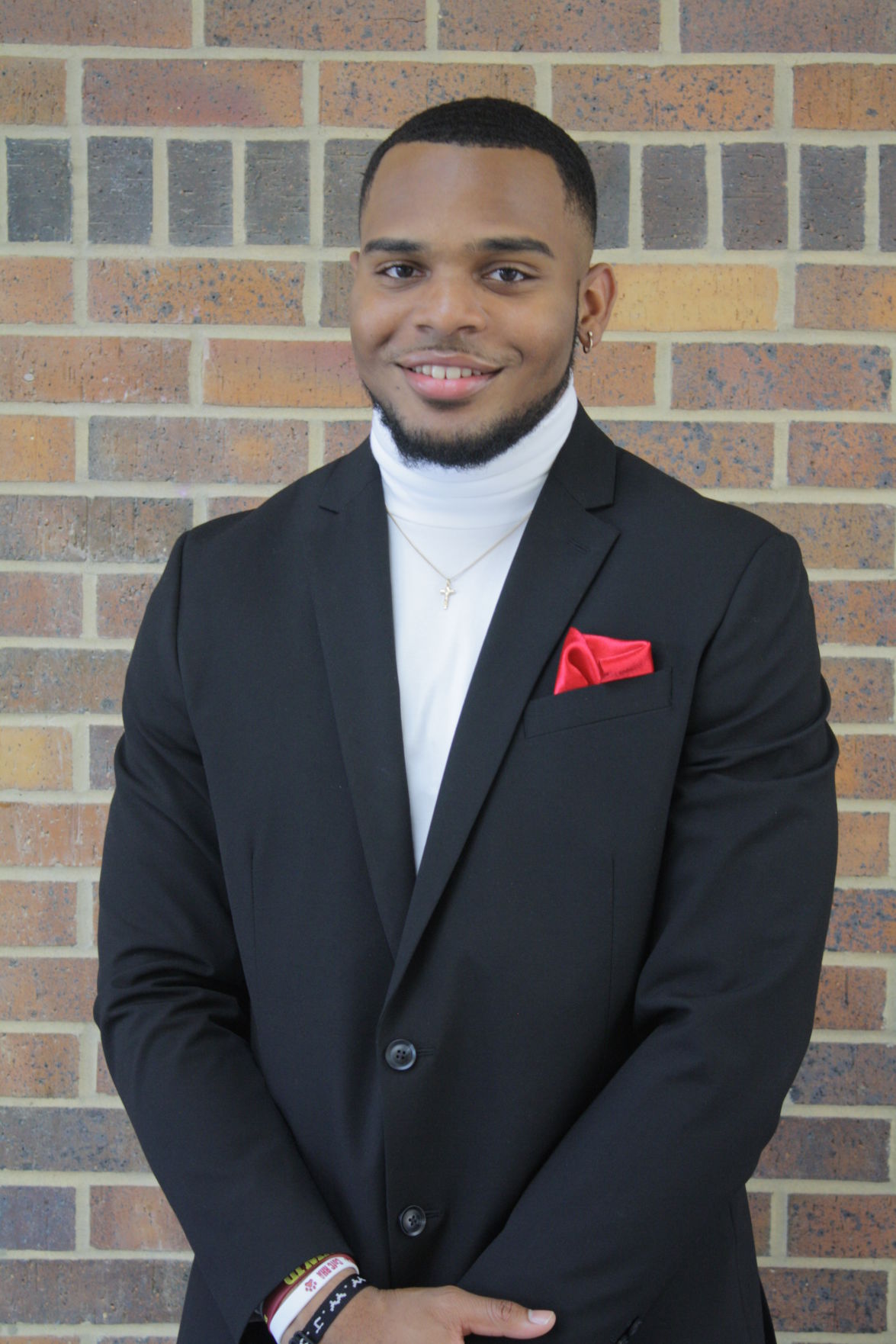 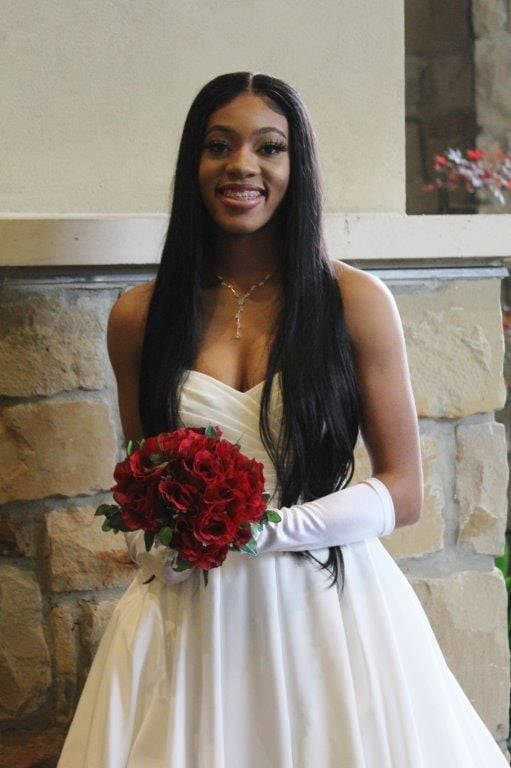 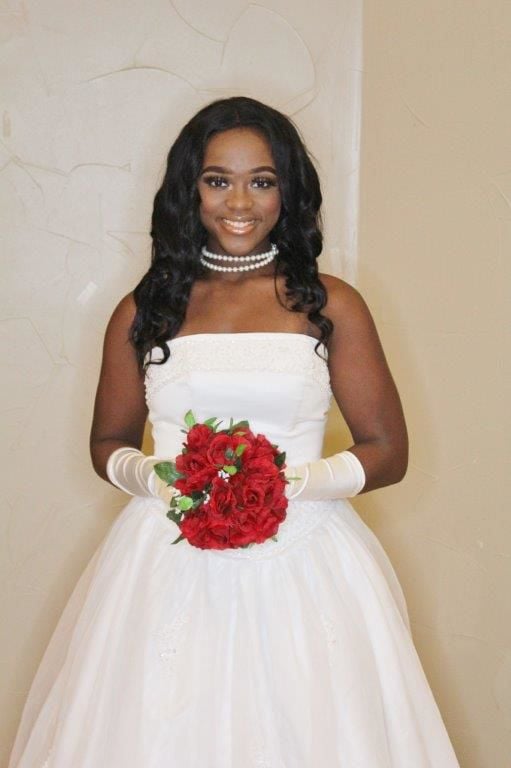 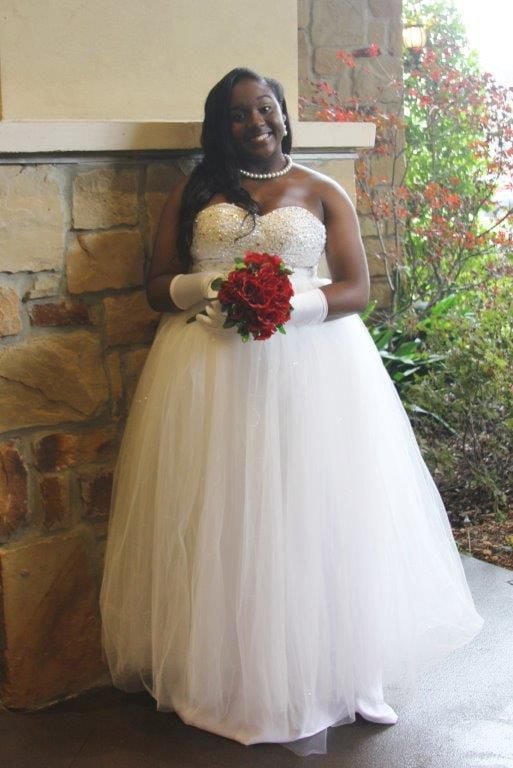 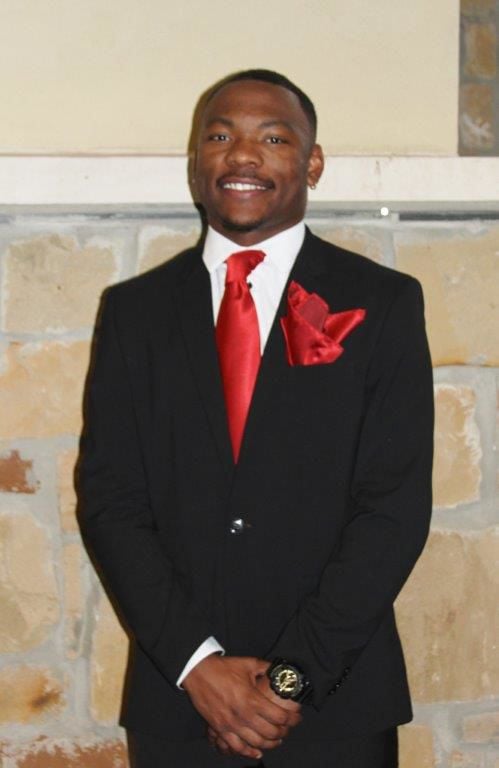 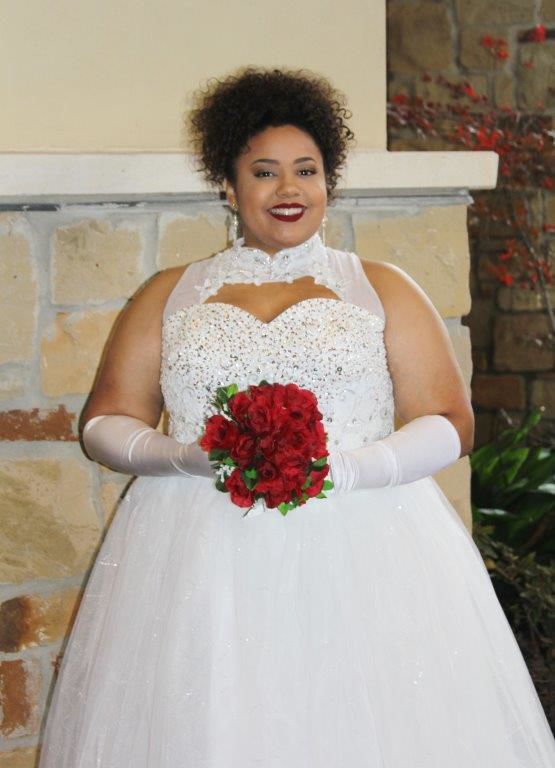 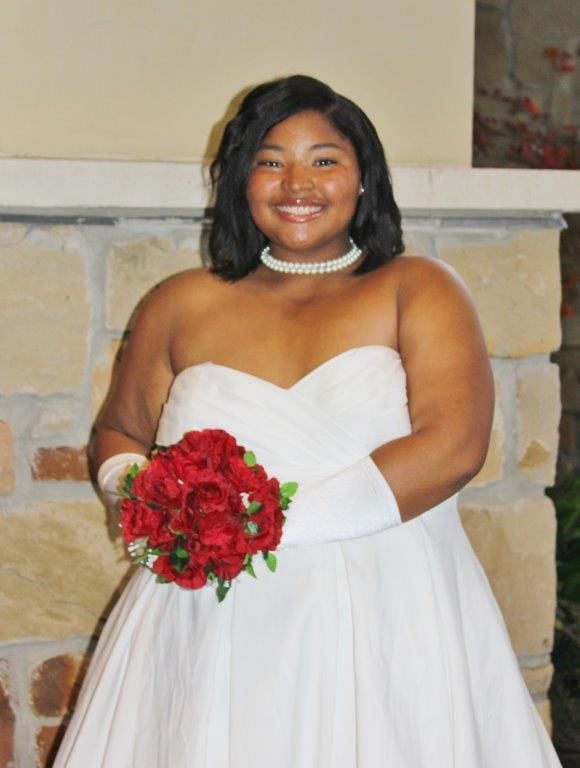 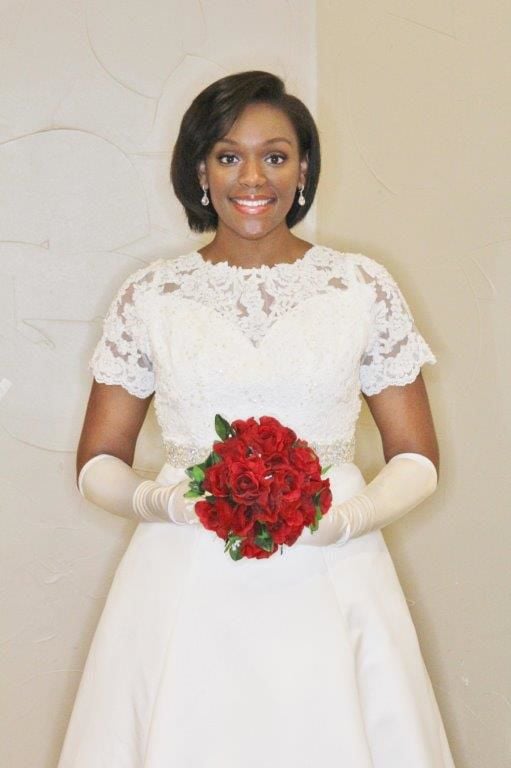 Those being presented are:

• Jardon Wideman is the son of Terrance Black and Shanita Wideman. He is a freshman at Tyler Junior College.

Wideman is a 2019 graduate of Robert E. Lee High School, graduating with a 3.4 grade point average. He was also a member of the REL choir that competed successfully up to the Sweepstakes level in choir competition.

He attends Greater Hopewell Baptist Church, where he has served as a choir member and as a member of the Usher Board. Wideman’s future plans include a career in banking and finance.

Wideman’s escort is Talya Ferguson, the daughter of Sandra Black and the late Ronnie Black.

• X’Avier Allen is the son of Lisa Allen and James Lindsey. He is a freshman health science major at Erskine College, Due West, South Carolina. After graduation, Allen aspires to become an NFL quarterback and a chiropractor.

Allen is a 2019 graduate of John Tyler High School where he participated in National Honor Society, Student Council, football, baseball, Fellowship of Christian Athletes facilitator and Texas Bank and Trust Student Board member.

Allen has served as a state advocate for tobacco prevention and was a part of the push to raise the legal age for buying tobacco.

Allen’s escort is Chakari Knighton, a health major at the University of Houston. She is the daughter of Teral and Dernold Knighton.

Givens-Washington is a 2018 graduate of John Tyler High School. His extracurricular activities have included football, track and field, baseball, Student Council, theater, tech design and has been a member of AVID (Advance Via Individual Determination).

Givens-Washington attends St. Louis Missionary Baptist Church, where he is a member of the young adult choir and the drama ministry.

His escort is Monica Boyd, a sophomore biology major at Prairie View A&M University. Boyd is the daughter of Mr. and Mrs. Alonzo Boyd.

• Jazmin Coleman is the daughter of Leora Coleman. She is a freshman elementary education major at Texas A&M University- Commerce.

She is a member of Victory Temple Church of God in Christ.

Coleman has served in the community, ringing the bell for the Salvation Army, Christmas caroling and handing out socks and gifts to the residents at various nursing homes. She also has donated items to the East Texas Crisis Center with her church’s youth department and is currently volunteering at the Children’s Learning Center in Commerce.

Her escort is Damon Johnson. He is the son of Kimberly Johnson.

Hicks is a sophomore biology major at Texas College. She is a 2018 graduate of John Tyler High School and is a member of Omega Ministries International Worship Center of Shabach, where she helps with the children’s and youth ministries.

Hicks has served in the community as part of Crime Stoppers, picking up cigarette butts, getting gifts for the Salvation Army Angel Tree, and passing out new shoes to the community for the Back to School Bash at her church. Her achievements include being on the A/B Honor Roll, being named to the second team, All-District, and MVP in basketball her senior year.

Her escort is Chaundaviun Brown, son of Charles Brown II and Kimberly Johnson.

• Kharis McFarland is the daughter of Vanessa Holmes and Michael McFarland. She is an emerging sophomore majoring in health science studies at Baylor University in Waco. After graduation, she aspires to be an athletic trainer for a professional sports team or head athletic trainer at a high school or university.

McFarland is a 2018 graduate of John Tyler High School, where she was a member and president of National Honor Society and participated in varsity volleyball and varsity golf.

At Baylor University, McFarland is a member of the International Justice Mission, a volunteer at Vertical Ministries and a member of Baylor’s Athletic Training Student Association. She attends Highland Church, and is a Baylor Marketing student photographer.

Her escort is Devlen Woods, a general studies major at Texas A&M-Commerce. Woods is the son of Leslie Woods and Jeanica Williams.

• Madison Varie Johnson is the daughter of the Rev. John D. Johnson III and Dawn Johnson. She is a junior at the University of Texas at Tyler, where she majors in biology. After graduation, Johnson will continue her pursuit of higher education in medical school, where she will then fulfill her dream of becoming an obstetrician-gynecologist.

Her hobbies include spending time with her family, writing poetry, making music with her brother, praise dancing and singing and performing in a musical group, “Tyler’s Own.”

In high school, her extracurricular activities were Student Council, president of Early College and Conservation Club, and a member of Spanish Club.

Johnson attends Corinth Missionary Baptist Church in Bullard. Her greatest accomplishment was when she received her associate’s degree while attending high school.

Her escort is Darius Warren, a mechanical engineering major at Tyler Junior College. He is the son of Tiffany Warren, and the Rev. and Mrs. Roy Warren.

• Taylor Struggs is the daughter of Tamela Struggs and Steven Struggs. She is a general studies major at Tyler Junior College. After graduation, she plans to attend UT Arlington to pursue a bachelor’s degree in social work. At Tyler Junior College, Struggs is a member of the Apache Belles Dance Team and a member of the Alpha Omicron Chapter of Phi Theta Kappa Honor Society.

In high school she was active in the John Tyler pep squad, debate team, National Society of High School Scholars, and was a John Tyler Brigadette.

Struggs attends New Life Community Church, where she has been in the youth choir and dance team.

Her community activities include volunteering at the Salvation Army during Thanksgiving and as a bell ringer during Christmas, at the East Texas Food Bank, Toys for Tots-Griffin Elementary, as a special needs “Prom Buddy” 2018, Top Teens of America, Delta Sigma Theta Junior debutante and Dr. Betty Shabazz Delta Academy.

Her escort, Daiston Keeton, is a criminal justice major at Texas College. He is the son of Clara Tilley Miller and Stephun Keeton.

• Thalia Johnson is the daughter of Billy and Kimeshia Johnson. She is a freshman biology major with a chemistry and history minor at the University of North Texas in Denton. After graduation, Johnson plans to complete medical school and become an OB/GYN health care provider.

At UNT, she has focused on her premedical studies curriculum and as a member of the North Texas Emeralds dance team.

She has served her community by volunteering with the East Texas Food Bank, PATH, the Juneteenth committee and at several local nursing homes.

Her escort is Martrevious Allison, the son of MarKeith Lacy and Latakia Allison.