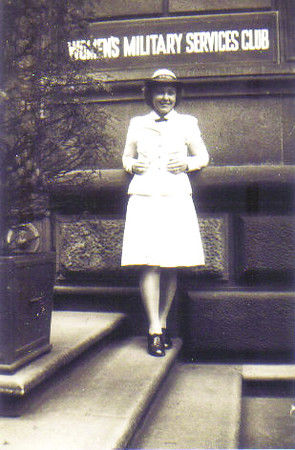 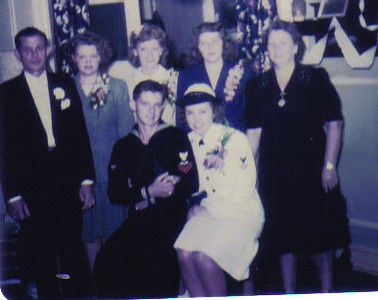 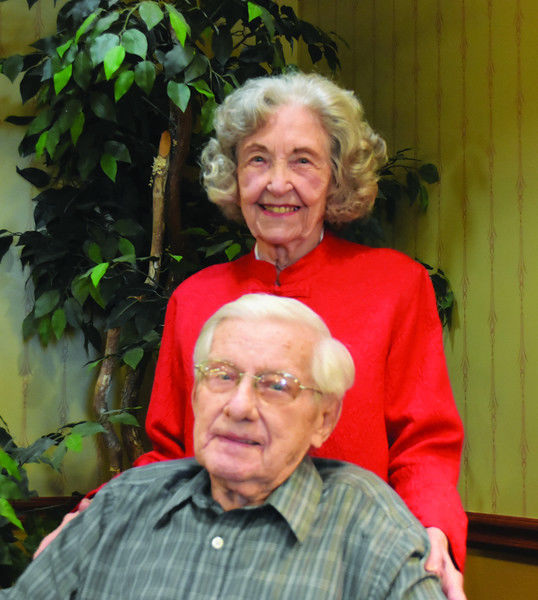 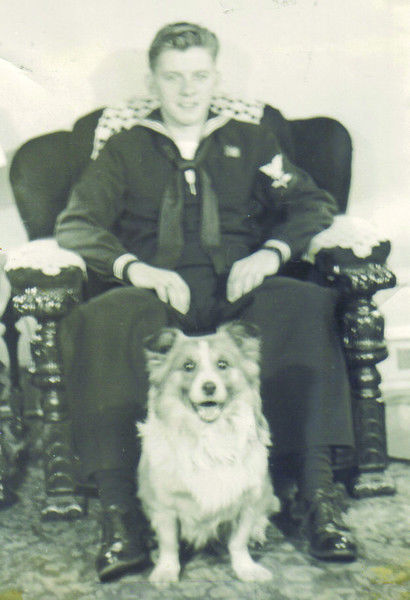 Clifford Horbury and his dog Rex pose for a photograph in 1943. Courtesy photograph from Horbury family. 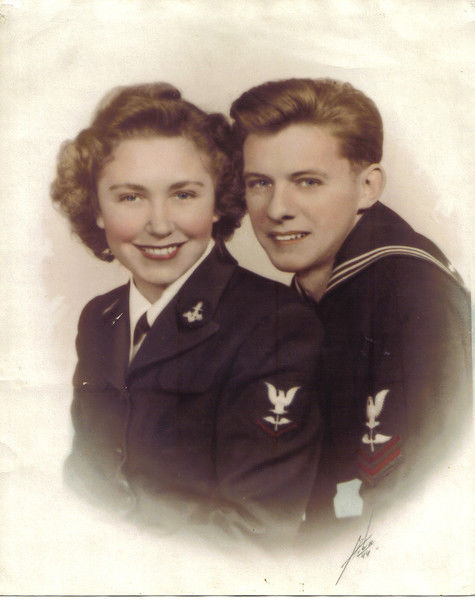 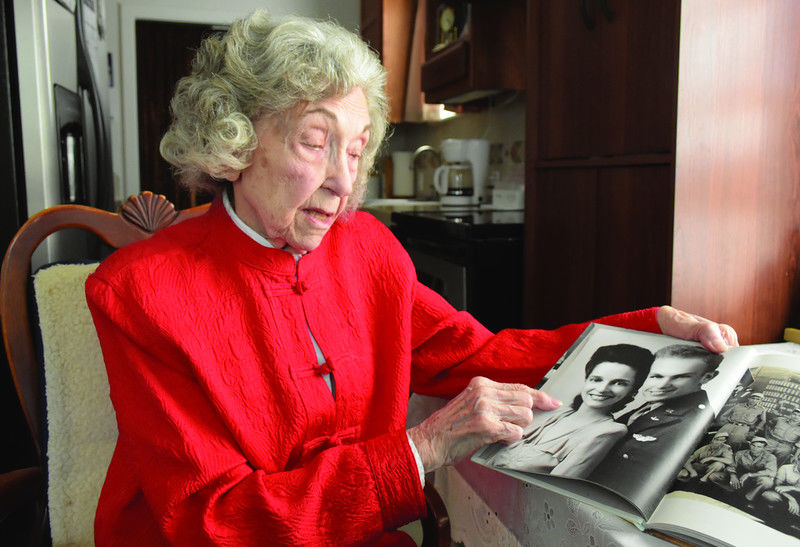 World War II Navy veteran, Helen Horbury, 94, Flint, looks at a picture of her brother Don Anthony who was shot down in his aircraft in the Pacific during World War II. Wednesday, Oct. 9, 2016, in her home near Flint. LouAnna L. Campbell/Tyler Morning Telegraph

Clifford Horbury and his dog Rex pose for a photograph in 1943. Courtesy photograph from Horbury family.

World War II Navy veteran, Helen Horbury, 94, Flint, looks at a picture of her brother Don Anthony who was shot down in his aircraft in the Pacific during World War II. Wednesday, Oct. 9, 2016, in her home near Flint. LouAnna L. Campbell/Tyler Morning Telegraph

In 1943, 18-year-old Helen (Anthony) Horbury was living on her family’s farm near Punxsutawney, Pennsylvania. She picked up a farm magazine and saw an advertisement for Women Accepted for Volunteer Emergency Service (WAVES), a program incepted in 1942 to gain additional military service members in response to World War II.

“I asked my parents if I could join,” Mrs. Horbury said. “I didn’t want to marry a farmer, because I thought they worked too much. One of my brothers was a B-24 pilot, and my sister was an Army nurse.”

Mrs. Horbury was a member of the second class of the WAVES. After her basic training, she went on to Naval Air Station Quonset Point, Rhode Island.

“I got to pick where I got stationed because I finished at the top of my class,” Mrs. Horbury said. “It was a requirement to do 30 days of duty in the mess hall when you were assigned to the base.”

Helen was assigned duties that included cleaning spark plugs and cleaning the wheel wells of the aircraft that were being used to train the pilots for their missions in the pacific.

The summer of 1944 was a special time for Helen. Not only was she starting her adult life as a WAVE during World War II, she was about to meet the love of her life, a Navy aircraft mechanic.

On July 6, 1944, Petty Officer Third Class, Clifford Horbury and a friend were spending some off-duty time on the beach at Quonset Point, Rhode Island. Horbury said he saw Helen and immediately told his buddy he was going to marry her.

“I went to the beach with some of the other girls,” Mrs. Horbury said. “I was soaking up the sun on a raft out in the water. Clifford and I talked a little that day. He asked me for my name and my barracks number, so he could write to me. He sent me a letter and asked me to go home with him to meet his family.”

The couple found time to visit with each other when they could - usually in the line at the mess hall. Because the rules were different for service men and women in the 1940s, they weren’t allowed to eat together. The two Navy Petty Officers would take short walks around the base together when they weren’t working to assist in the war effort.

The young couple made plans to marry in September 1944, only two months after they met on the beach. They took a trip to Pennsylvania to meet family. When they got to the Anthony Family farm in Punxsutawney, Pennsylvania, the shipmates got some bad news.

“It wasn’t a good time,” Helen said. “We found out that my brother, Don, had been shot down in his aircraft over the pacific and he was missing in action. I asked my mother if we needed to cancel our wedding that we had planned for Sept. 11. She told me I needed to take my happiness when I could.”

The two made their way to Clifford’s family in Philadelphia, making a stop along the way to visit Don’s wife and baby boy, Ron.

“We weren’t allowed to say anything at that time about Don being missing,” Mrs. Horbury said. “Don was never found after his plane went down. We were told that he was taken out by a Kamikaze. Ron, Don’s son, grew up to become a pilot in the Air Force. He has three sons who are all Air Force pilots.”

The family’s research into Don’s disappearance over the Pacific led them to the book, “The Divine Wind: Japan’s Kamikaze Force in World War II.” Don’s story is said to be told in the book by the Japanese pilot who lived through the mid-air collision that took out Don’s plane.

“Ron and his children all learned how to scuba dive and went to the place they believe Don’s plane went down,” Donna Cariker, daughter of Helen and Clifford Horbury, said. “They placed a plaque on some aircraft wreckage off the coast of Yap Islands where they believe Don went down.”

The Horburys left the Navy after World War II. They went to Pennsylvania where Clifford continued to work as a civilian aircraft mechanic and Helen held jobs for Six Flags, Sears and many other places. Today, the couple resides in Flint with their daughter, Donna.

“I got the opportunity to work for (former U.S. Senator and astronaut) John Glenn after I got out of the Navy and worked for an aircraft company. He flew the planes that we maintained,” Clifford Horbury said. “He was a real gentleman. He treated everyone really good.”

The two World War II Navy veterans have been shipmates and partners in life, Helen, 94, and Clifford, 97, have three daughters. They traveled to Washington, D.C., to see the World War II Memorial with the Brookshire Grocery Co. Heroes Flight.

Helen recently traveled with her granddaughter to New Orleans to visit the National World War II Museum when actor and humanitarian, Gary Sinise, accompanied East Texas veterans on a trip to the museum with the Soaring Valor program through the Gary Sinise Foundation. Clifford was not able to take the trip to New Orleans due to health reasons.

“They treated me like a queen,” Mrs. Horbury said. “We’re so fortunate to have lived this long and have been able to see so much. We’ve had such an amazing life.”