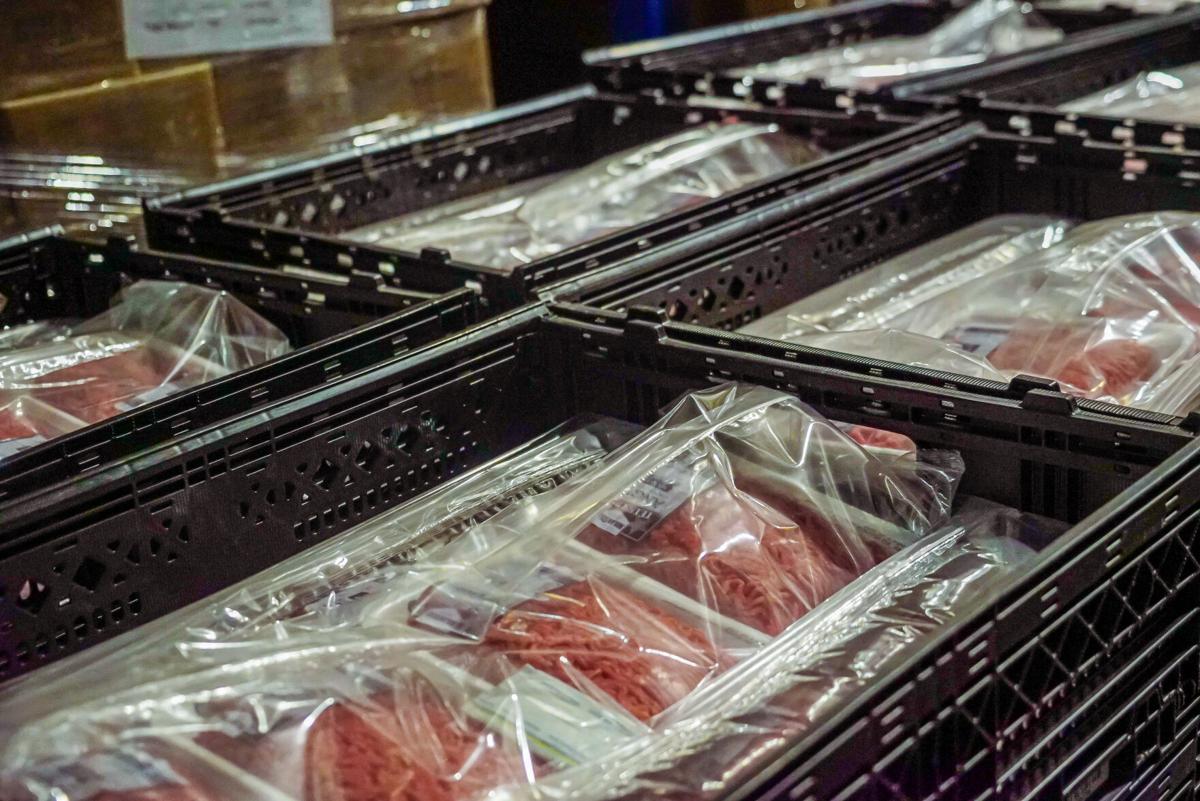 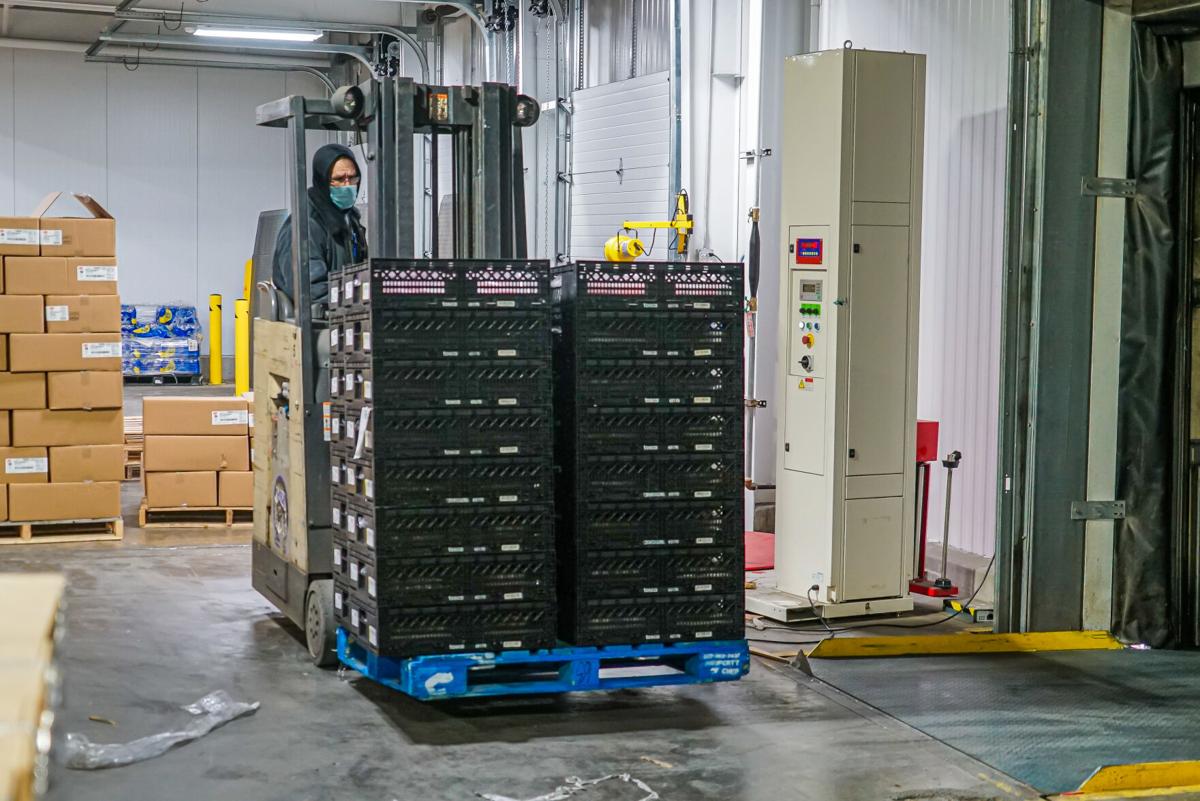 Johnathan Lorance, an employee of East Texas Food Bank, drives a fork lift to unload the 10,000 pounds of beef through its Zero Hunger Zero Waste program. 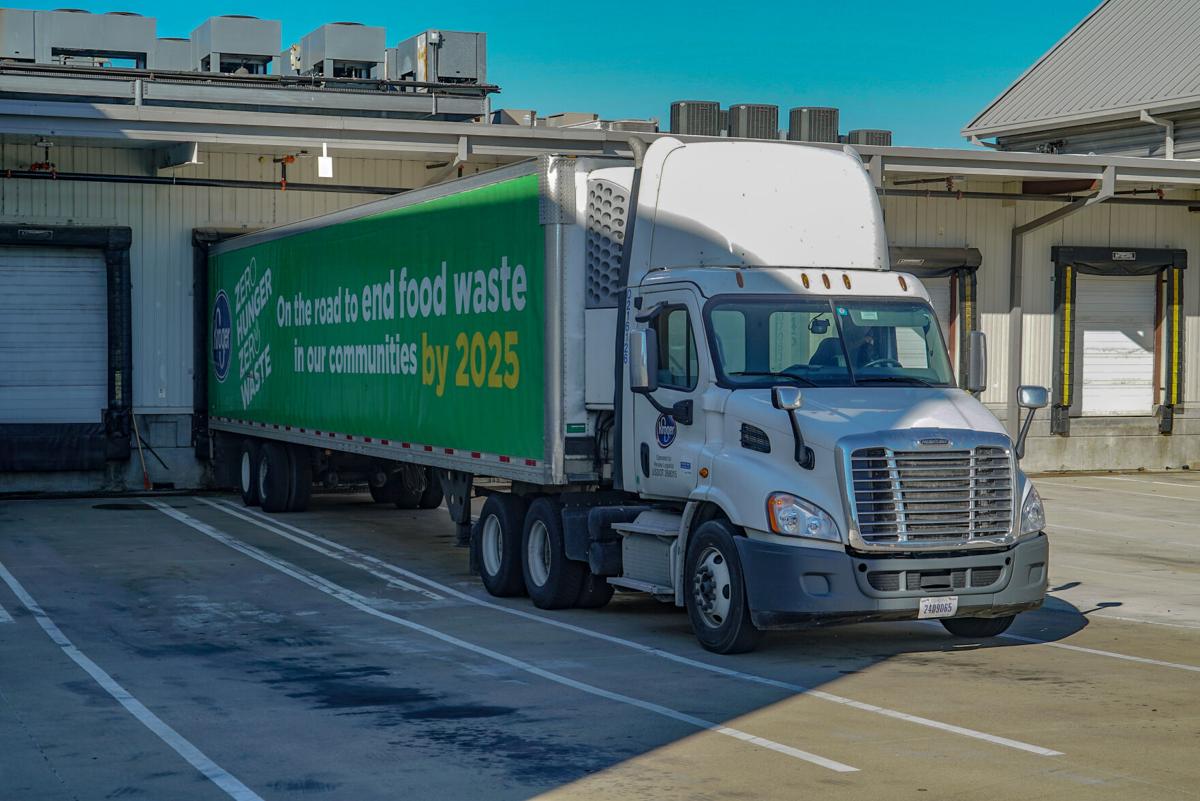 A Kroger semi truck docks at East Texas Food Bank to unload the 10,000 pounds of beef through its Zero Hunger Zero Waste program.

Johnathan Lorance, an employee of East Texas Food Bank, drives a fork lift to unload the 10,000 pounds of beef through its Zero Hunger Zero Waste program.

A Kroger semi truck docks at East Texas Food Bank to unload the 10,000 pounds of beef through its Zero Hunger Zero Waste program.

In an effort to fight hunger and reduce waste, Kroger delivered 10,000 pounds of ground beef Friday morning to the East Texas Food Bank – a donation that will help feed thousands of local families.

Dennis Cullinane, East Texas Food Bank CEO, said this donation could feed about 8,000 families in the food bank’s 26-county coverage area. The ground beef was given on behalf of both Kroger and Tyson Foods.

Cullinane noted that the food bank often has to purchase an item like ground beef directly from the grocery stores, and the donation is especially helpful as prices for meat rise.

“This really helps with saving money and providing food for pantries,” he said.

The donation is part of Kroger’s Zero Hunger Zero Waste program, which is a commitment made in 2017 to eliminate both hunger and waste by 2025.

“They’re also really trying to be sustainable,” Cullinane said. “It’s part of a wonderful initiative by them — very forward thinking.”

Cullinane added that the food bank is very appreciative of Kroger and its great program.

April Martin, corporate affairs manager for Kroger Dallas Division, said the meat is provided through the company’s food rescue program, which takes items that are still safe and viable to food banks in an effort to fight hunger and waste.

“COVID-19 has impacted everyone, and we have a very close relationship with the East Texas Food Bank,” Martin said. “We’re not just about giving food, but feeding the human spirit.”

Martin explained the ground beef comes from suppliers all over the country, and the company either brings the products into the stores at alternative prices or donates to area food banks.

“In this case, we thought it was critical to donate,” she said.

Kroger is also getting close to beginning its annual major hunger campaign called Kroger Community Care from Nov. 11 to Dec. 23.

Martin said the biggest focus for Kroger is hunger relief.

“Kroger is her to enrich the communities we serve,” she said. “We want to be here for communities when they need us most.”

“But the day of the Lord will come like a thief. The heavens will disappear with a roar; the elements will be destroyed by fire, and the earth and everything done in it will be laid bare.” (2 Peter 3:10)