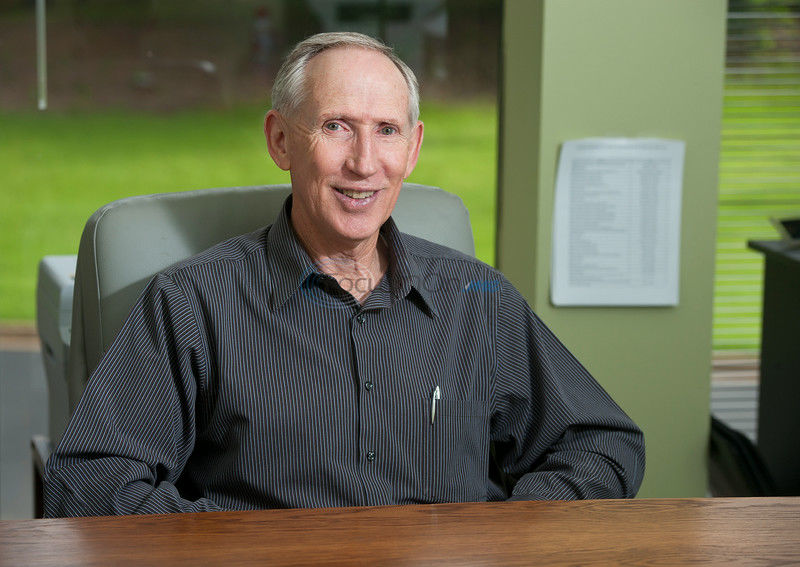 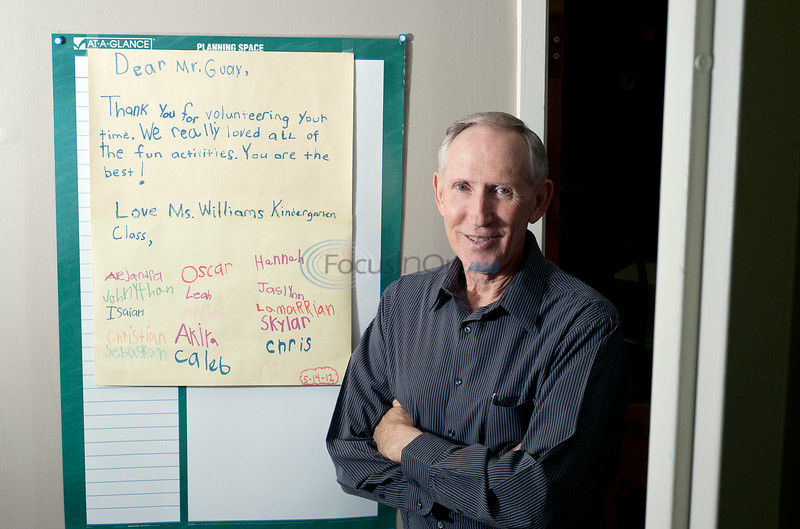 Sarah A. Miller/Tyler Morning Telegraph Jim Guay, executive director of Junior Achievement of the Greater Tyler Area, stands next to a large thank you note at his office that he received from a kindergarten class. Guay is retiring. 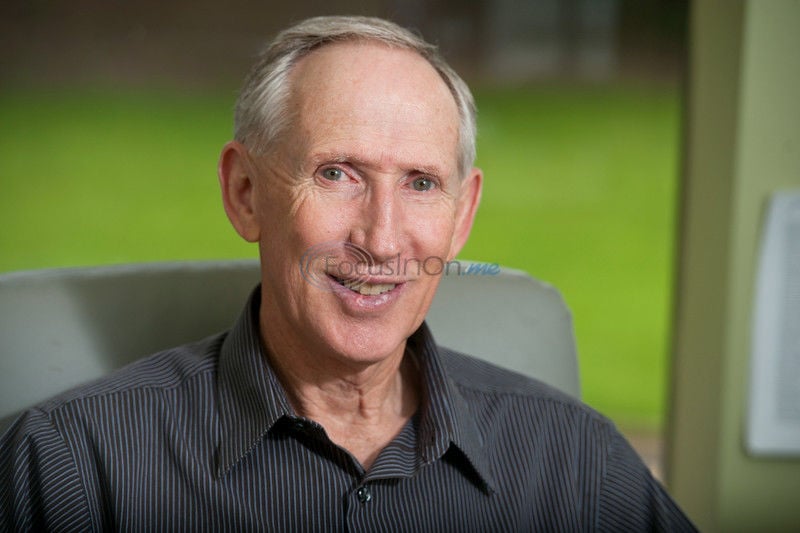 Sarah A. Miller/Tyler Morning Telegraph Jim Guay, executive director of Junior Achievement of the Greater Tyler Area, stands next to a large thank you note at his office that he received from a kindergarten class. Guay is retiring.

Jim Guay was a recent college graduate looking for work when a notecard on a job placement board caught his eye.

The ad sought out recent graduates with any degree and no experience.

"I said, "That's me,'" said Guay, who responded to the ad and got a job with Junior Achievement, which today is the world's largest organization dedicated to teaching students about workforce readiness, entrepreneurship and financial literacy through experiential, hands-on programs.

After 38 years with the nonprofit organization, 23 of those years spent as executive director of the Tyler office, Guay is calling it a career. He will retire effective July 31.

In his retirement, Guay plans to fish and work part-time as a driver for his wife, who is legally blind and works as an independent living coordinator with the state's Division of Blind Services.

Although he is looking to spend more time on these and other ventures, he is pleased with the years he has spent promoting Junior Achievement and believes it has made a difference in students' lives.

"Knowing that we're giving them that type of a background and the desire … to better themselves, that makes me feel good," he said.

Guay, 65, earned a bachelor's of business administration from the University of Texas at Arlington in 1971.

An ROTC student in college, he had expected to go to Vietnam after graduation. But with the war dying down, after some time in specialized intensive military training, he returned to civilian life in need of a job.

Guay started with Junior Achievement shortly after that. He received two years of on-the-job training through the organization's Dallas office.

More than 20 young people participated in the training program, which was designed to prepare them to serve as executive directors for Junior Achievement offices around the country.

After working as a program manager for the organization in Dallas during his time in training, Guay took his first executive director position in Greenville, South Carolina, where he stayed for four years.

In 1979, he moved to Baton Rouge, Louisiana, where he stayed for nine years as executive director, before coming here to Tyler to start a Junior Achievement office in 1988.

As executive director of local offices, Guay was responsible for managing the program at the local level, which included recruiting volunteers, fundraising and board development.

While launching his Junior Achievement career, Guay did stay in an Army Reserve Control Group for 10 years achieving the rank of captain before being honorably discharged.

The Tyler Junior Achievement office will reach more than 4,000 students during the 2014-15 school year, according to its website.

Over the years, the ways in which the program has relayed its message to students have changed.

Nationally, the first Junior Achievement program was for high school students after school.

As part of the program, students formed companies, made products and sold those products.

Some of the products Guay remembers include an automobile trouble light — made out of the rubber base of a plunger, a light bulb and powered by a cigarette lighter, anodized aluminum coat hangers and flower planters.

In 1975, the organization entered the classroom with a business program for the middle grades, according to its website.

Volunteers are provided with materials that include activity plans and lesson plans. They then go into the classrooms and teach the students.

One hundred fifty-four volunteers served 189 classes at 29 area schools this past school year.

"It's not a long time they're involved with it," Guay said. "But the impact on these kids can last a lifetime."

The goal of the program is to help prepare students for their future in terms of financial literacy and workforce readiness, Guay said.

"We just try to help them understand that you're gonna have to do something with your life," he said. "You're gonna be in charge."

It helps students ask themselves, "What do I want to do with my life and how should I go about doing that?" he said.

For those who have worked with Guay throughout the years, he has left an impression because of his dedication to the organization and consistency in leadership.

"It's a bittersweet thing with Jim retiring," Jim Thompson, former chairman of the organization's board, said. "The great thing is he's leaving the organization on a solid financial footing with a great reputation in the community. … That's the sweet part. The bitter part is Jim's a good friend."

Chad Cargile, chairman of the board, said Guay has a passion for education, kids and financial entrepreneurship. He's also easy to work with and "really steady in the boat," Cargile said.

Jason Reinhardt, chairman elect of the Junior Achievement board, described Guay as a go-getter. Although a lot of nonprofit organizations have struggled financially in recent years, Junior Achievement has continued to be successful and demonstrated growth even during hard times.

Reinhardt attributed this in large part to Guay's dedication and leadership to the organization.

Steve Wiggs, immediate past chairman of the Junior Achievement board, said the Tyler office has been extremely fortunate to have Guay at the helm for as long as he has been.

"He can be succeeded," Wiggs said. "But, he cannot be replaced."