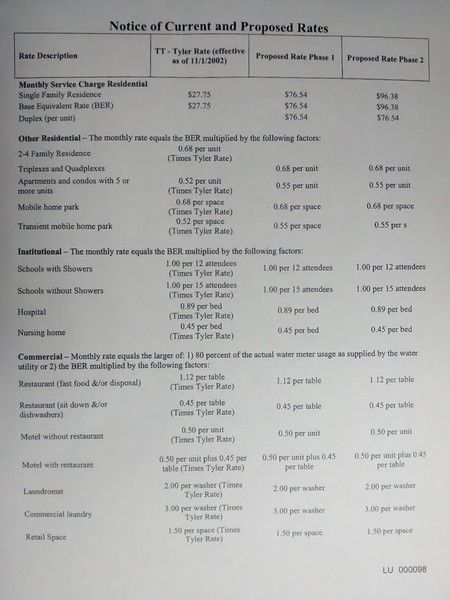 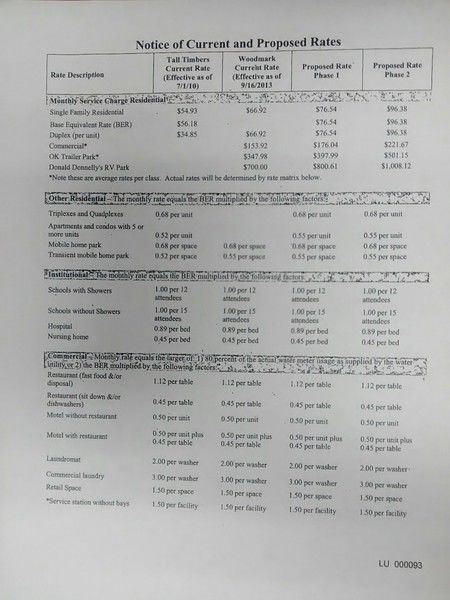 An administrative law judge has deemed Liberty Utilities' application for a rate/tariff change deficient and incomplete and ordered the company to fix the identified flaws by Oct. 17.

In addition, the staff said the proposed notice lacks a comparison between existing rates and proposed rates on a gallonage basis.

Once Liberty Utilities submits an amended application, Goodson said the commission staff must file a supplemental recommendation regarding the application's administrative completeness on or before Oct. 24.

Earlier this month, Liberty Utilities proposed rates that would more than triple some customers' monthly bills for wastewater service by next March.

The company, which operates as Woodmark Sewer and Tall Timbers Sewer in Smith County, is justifying the change by citing increased operating expenses and past and future capital improvement projects.

Liberty Utilities serves almost 3,800 customers in Smith County - about 500 of those in Tyler - through Liberty Woodmark and Liberty Tall Timbers.

More than 1,100 customers have submitted protests to the state and city of Tyler combined.