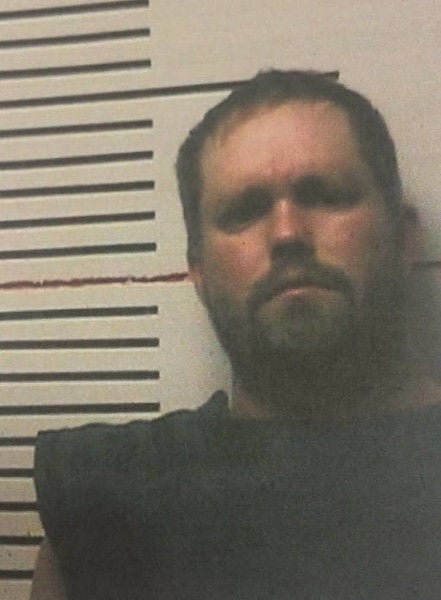 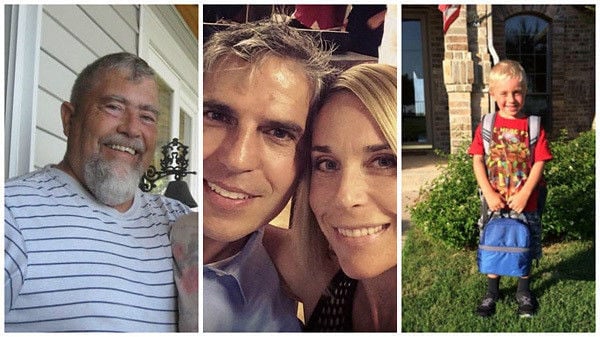 William Hudson helped seven campers on Saturday with a stuck vehicle on rural land neighboring his property in Tennessee Colony. Hours later, six people were dead, and, according to investigators, evidence and the lone survivor pointed to Hudson as the suspect.

The survivor was identified as Cynthia Johnson, Carl's wife. She sustained minor injuries.

The Anderson County Sheriff's Office has not confirmed the identities of the victims or the survivor, pending completion of autopsies on the dead.

Woodruff said Ms. Johnson and Kamp, who is his nephew, loved the outdoors and spent time camping, canoeing and hiking a couple of times a month. He said the family also was celebrating Nathan Kamp's 26th birthday.

"Everyone is heartbroken," Woodruff said. "This is nothing that you can prepare yourself for."

The Franklin Sun Journal in Maine reported that Carl and Cynthia Johnson were employees of the University of Maine at Farmington and retired to Texas and eventually settled in Anderson County. Hannah moved there to be closer to them.

Kamp had lived for several years in Midlothian with Ms. Johnson and her son.

In August, Kamp purchased 15 acres where the family was camping. The land is near 48 acres owned by William Hudson, according to the Anderson County Appraisal District.

The land transitions from open fields to wooded areas with uneven terrain and creeks.

Woodruff said the weekend camping trip was to end Sunday.

Sheriff Greg Taylor said the survivor called 911 around 7 a.m. Sunday after hiding from Hudson in the woods. Deputies found Mrs. Johnson along the side of County Road 2217, which fronted the properties.

Deputies arrived in the 800 block of County Road 2217 about 12 miles northwest of Palestine off U.S. Highway 287 and discovered Johnson and his daughter dead in a camper trailer.

Investigators from the sheriff's office, the Anderson County District Attorney's Office, Texas Rangers and Palestine Police Department investigated the crime scene and began searching for the four unaccounted for campers.

Hudson, 33, was found at his mother's home, also on CR 2217, and taken into custody without incident.

The bodies of Kamp, his two sons and Ms. Johnson's son were found in a pond behind Hudson's home at 1:15 p.m. Monday. Taylor said evidence suggested the bodies were placed and submerged in the pond.

Taylor has not determined the cause of death for all the victims but said the two victims found in the trailer died from a "possible shooting."

"We don't know what the exact timeline is at this point," Taylor said. "All we know is that he helped them with their vehicle and then hung out with them. Then at some point then, or a few hours later, everything else happened."

Taylor said there was no clear motive for the killings and that Hudson did not appear to know the victims beyond interactions on Saturday. Hudson is not cooperating with investigators, Taylor said.

The sheriff told the Associated Press he had "seen nothing like this" in his 31 years in law enforcement.

Hudson's family is cooperating with investigators, he said.

Those same records showed Mrs. Woolverton's descendants had settled in Tennessee Colony in 1846.

Hudson had been arrested on assault charges within the last few weeks, Taylor said. He was arrested and charged with one count of murder in the deaths and is being held on a $2.5 million bond. Additional charges against Hudson are expected, Taylor said.