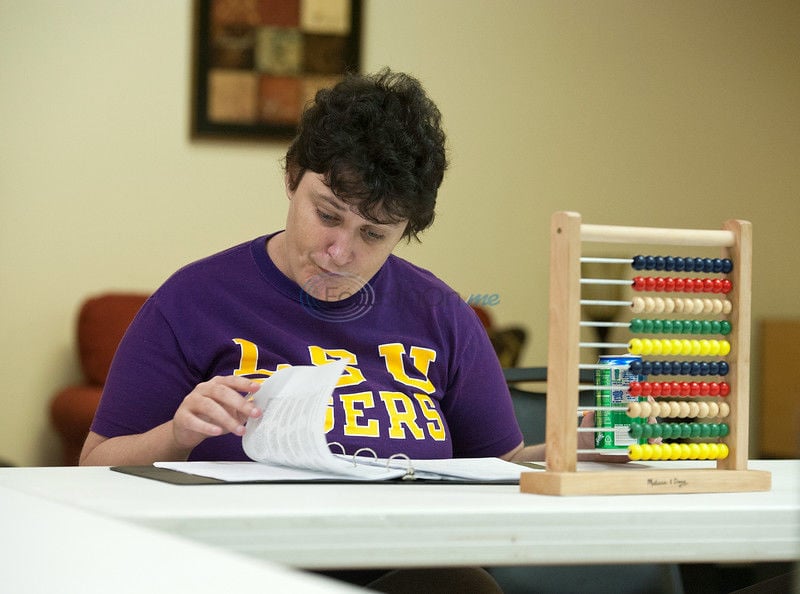 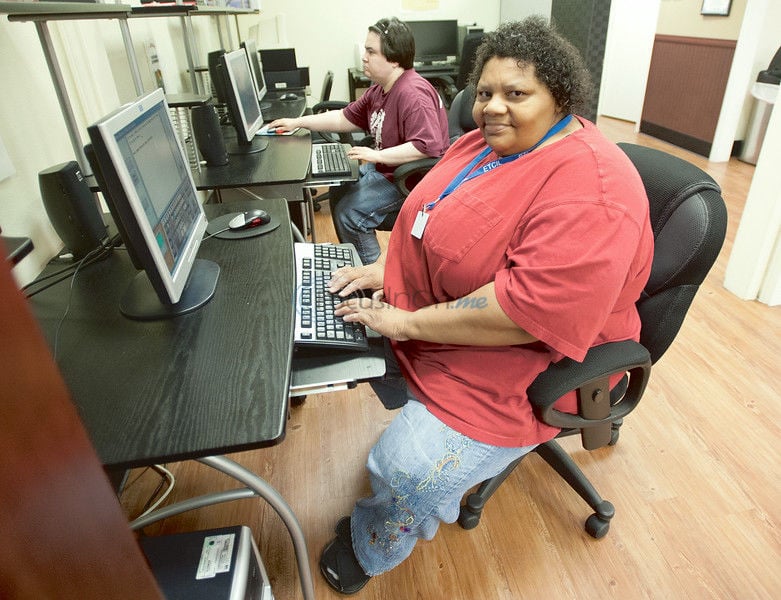 Sarah A. Miller/Staff Ora Holt, 53, participates in a computer class Tuesday at the East Texas Center for Independent Living. The center is a nonprofit agency that serves East Texans with disabilities. 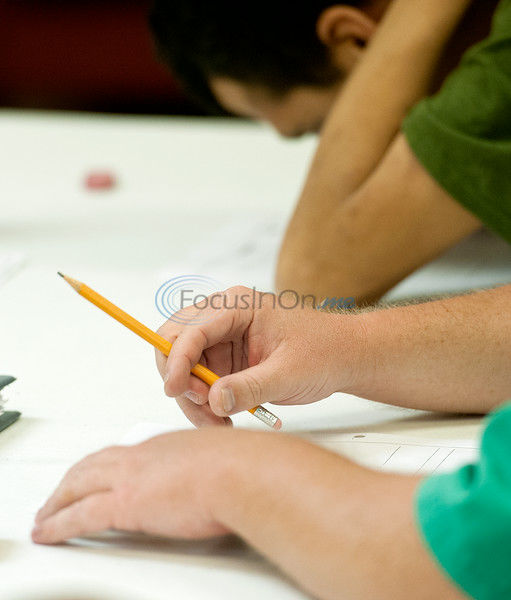 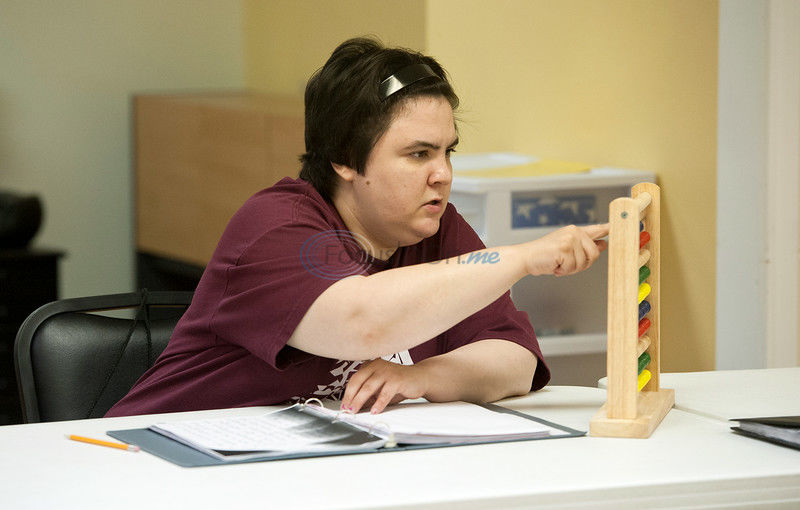 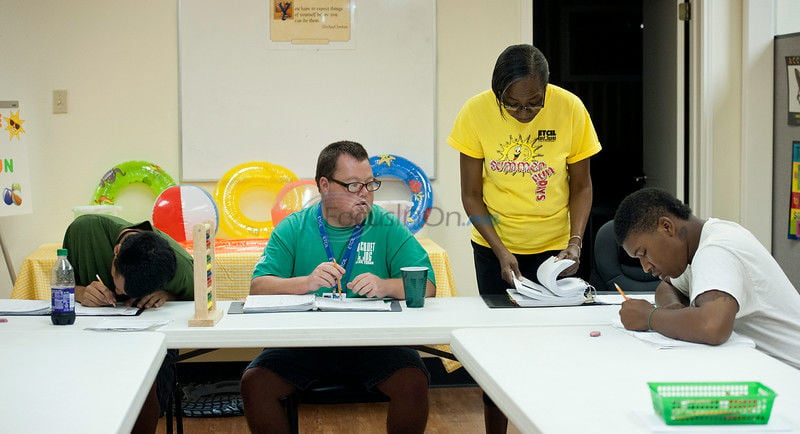 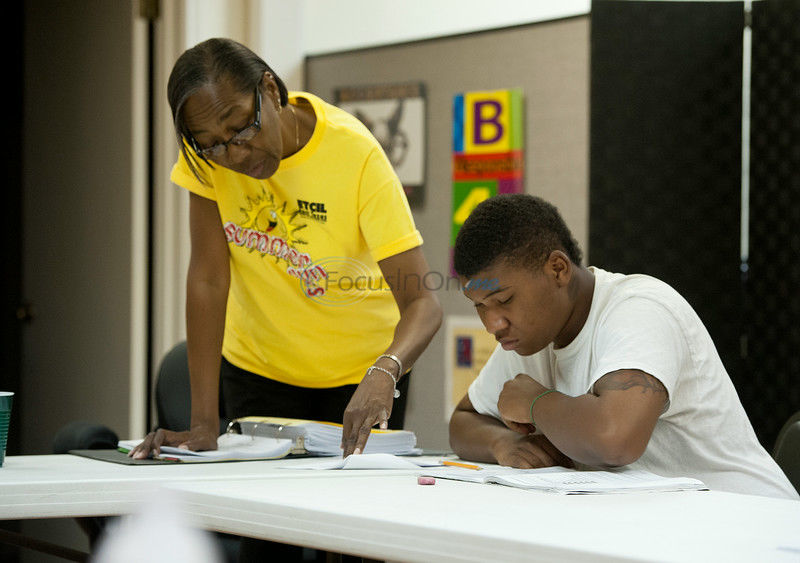 Sarah A. Miller/Staff Ora Holt, 53, participates in a computer class Tuesday at the East Texas Center for Independent Living. The center is a nonprofit agency that serves East Texans with disabilities.

After years of being disabled, Ora Holt has developed a life philosophy: Take things "one day at a time."

The 53-year-old, who lives in the Flint area, started having seizures when she was 7 or 8 years old.

She said they were so bad that she could barely do anything for herself. She even recalled a time when she fell off the bed and wasn't sure what had happened.

At age 40, she had a pacemaker-like device put in her chest. Now, she said her seizures are less frequent, and she can do more things than she ever could before.

That includes working at Andrews Diversified Industries — a job she got with help from the East Texas Center for Independent Living.

Before ADI, where she answers phone calls, she worked at Goodwill. She's also worked as a janitor and at an ice cream shop.

Ms. Holt is one of multiple students who use the East Texas Center for Independent Living, which will host Summer Fun Days July 14 to 18.

During other parts of the year, the center offers classes, where students, all of whom have some type of disability, work on things, such as handwriting and keyboarding. There also are classes on the Texas Driver's Handbook and cooking.

Later this month, Ms. Perkins will teach a class at Traditions Restaurant on manners and etiquette. Additionally, in the fall, students have a chance to do travel training, where they learn how to ride the bus.

Through the various classes, students learn socialization, the basic food groups and reading skills, as well as how to use computers, budget money and cook meals, among other things, Ms. Perkins said.

"They're independent to a point but learn how to do it more," she said.

The classes are typically for ages 18 and up, but the center opens up its summer program to those who are 16 and 17 years old.

On Tuesday, Ms. Perkins, who coordinates events, such as Summer Youth Fun Days, and trains students, discussed a story/poem about bullying with her class. She asked class members to consider various questions, such as what they would do if someone bullied them in the classroom and she wasn't there, and what they would do if they saw a bully pick on a friend. They also were asked to think of three things a bully could do to them.

Teaching math and money management, along with reading skills, are particularly important to Ms. Perkins.

She said that's because the students are going to use those skills no matter where they go in life.

Especially if the students are going to move out on their own, they need to learn money management, Ms. Perkins said. She said she does a spreadsheet with students of bills so they see what it would take to live on their own.

And Ms. Perkins said she loves seeing progress with students.

"I can see a student come here — they're so shy, they won't talk — but before they leave the program they're talking to everybody and they're taking care of the things that they need to take care of, and that's progress," she said.

She said she started with 15 students this semester, and some have gotten jobs. She also has seen students move from group homes into apartments.

Additionally, Ms. Perkins recalled a student who made an 87 the first time she took the written driver's license test. She said that former student then took the road test, got her license, as well as a car, and is now driving all across the city.

Carlton Hudson, 18, of Tyler, is taking the Texas Driver's Handbook class as he works toward receiving his driver's license.

He said he's nervous driving around everywhere on his own.

But once he gets his license, he said he wants to start looking for jobs. He said he'd like to work with cars, maybe doing bodywork.

When he's not at the center, he enjoys going to movies, talking on the phone, having fun and fixing cars.

He lives with his mother but said he is working at getting his own place. He said he does most things on his own.

Jessica Alexander, 32, lives with her mother in Frankston and has been coming to East Texas Center for Independent Living for about three weeks.

She said she enjoys the center because it's fun, and she likes to count money and do math. Aside from the classes she takes at the center, she enjoys doing arts and crafts and painting. She also shops for groceries with her mother.

James Shackelford, 27, of Tyler, said he has gotten better at math since coming to the center.

Shackelford helps his sister and babysits his nephews. He also cleans the house and can cook some.

As for Ms. Holt, she rides a bus to the center on Tuesdays and works on Wednesdays and Thursdays.

Outside of work, Holt, who lives with her mother, watches TV, does crossword puzzles and talks to her 1-year-old grandson.

She said she enjoys helping people and assists others at the center with math.

As far as her philosophy — taking it "one day at a time" — she said, "If I get in trouble — like something happens at work — I just take it in stride … and pray about it."

WHO: For people with disabilities ages 16 and older.

WHAT: Offers independent living skills such as money management, safety in the community, job preparedness and other skill-building activities.

MORE INFO: To register or volunteer, call Patrician Perkins at 903-581-7542 or email pperkins@etcil.org