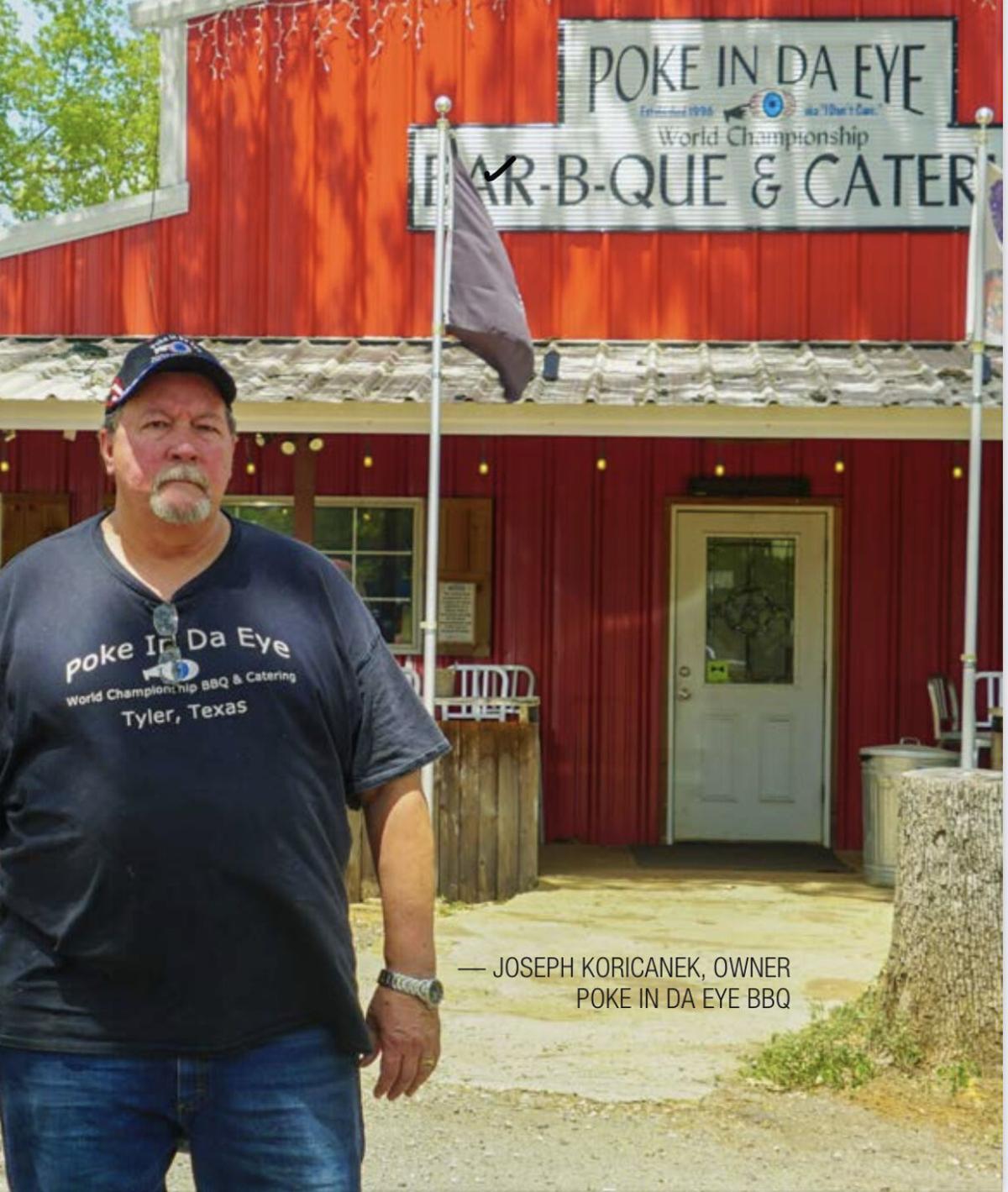 Joseph Koricanek, owner of Poke In Da Eye BBQ, stands in front of his restaurant this past fall.

A meal from Poke In Da Eye BBQ in Tyler is pictured.

Joseph Koricanek, owner of Poke In Da Eye BBQ, stands in front of his restaurant this past fall.

A meal from Poke In Da Eye BBQ in Tyler is pictured.

I thought folks in Alabama had Southern hospitality.

... that was before I moved to East Texas.

I've been here since only the tail-end of December, but I've already witnessed countless acts of kindness from Tyler-area residents.

A couple weeks ago, I was out and about running errands and just about to head home when I decided to stop at Big Lots on a whim. I mindlessly moseyed around the aisles, looking for absolutely nothing in particular yet still leaving with a handful of purchases. As I approached the checkout line, there was a pile of clothes and a couple snacks taking up the entirety of the small register space.

"You know you're gonna have to get more than that," an employee said with a grin, as she gestured for the man she was speaking with to go back to the food aisle with her.

I stood back, ready to wait patiently until it was my turn, but the other cashier working the register ushered me forward.

"Come on, honey. She (the employee) is helping that man," the cashier explained. "He is homeless and hungry, so she's helping him out tonight."

In the moment, the only words I could muster were, "what a kind thing to do." But now, even weeks later, the moment has stuck with me and it is a testament to the type of people who live here.

The man had some T-shirts, sweats, a pack of Reese's cups and a few other snacks which seemed to be plenty for him, as he smiled in contentment at his haul. But when the employee asked him to grab more, his smile grew wide as the state of Texas itself.

I smiled at him, and he smiled some more and nodded back at me.

And my heart swelled. The moment comforted me, letting me know I'd moved halfway across the country from the comfort of my home state to a fantastic city with good-hearted people.

In today's social and political climate, everyone isn't always so kind. When you see good people doing good things, it's important to notice and thank them if you can.

Over the past few days as we've endured a rare snow storm, I've witnessed more and more East Texans lending a hand to help others.

And what a sight it is to see.

The owners of Poke In Da Eye BBQ, a joint on the outskirts of Tyler in Chapel Hill, opened their restaurant as a shelter for those without power. Some have been without power for more than a day and the temperatures of their homes are freezing. The owners could have simply thrown up a "closed" sign and cuddled up in their own home, but instead they opened up for anyone in need to have a warm place and a hot meal. They even offered to pick people up who couldn't get out for any reason.

1836 Texas Kitchen was another local restaurant hustling and bustling all week to get hot food to those in need, and Montez Brothers Catering was ensuring hospital staff was well-fed during a time of crisis in which their emergency rooms were likely packed.

Tyler resident Huriel Carillo went around neighborhoods and downtown Tyler on Monday to assist motorists stuck in the snow. He got out of his truck into the cold and, car by car, attached a rope to help pull the cars up hills and out of the places they were stuck due to the icy, snowy road conditions. He did it all with a smile.

In local Facebook groups, I've seen residents donating firewood; paying for others' meals; searching for and offering help for strangers in need; Northern transplants giving advice to us Southerners who, frankly, have no idea what in Sam Hill we're doing when it comes to protecting our pipes, driving, etc.; and so much more.

Plus, so many individuals and organizations have stepped up to provide shelter for the local homeless population who would otherwise be sleeping in extremely dangerous temperatures amid this winter storm.

I'm sure I've mentioned and witnessed only a third of the kind acts going on around the area. It is truly amazing to see people come together, be selfless and help others in a dire time of need.

It might be freezing outside, but this special community has warmed my heart.

Santana Wood is a page designer and copy editor for M. Roberts Media. She can be reached at swood@news-journal.com.

“Lord, you are my God; I will exalt you and praise your name, for in perfect faithfulness you have done wonderful things, things planned long ago.” (Isaiah 25:1)