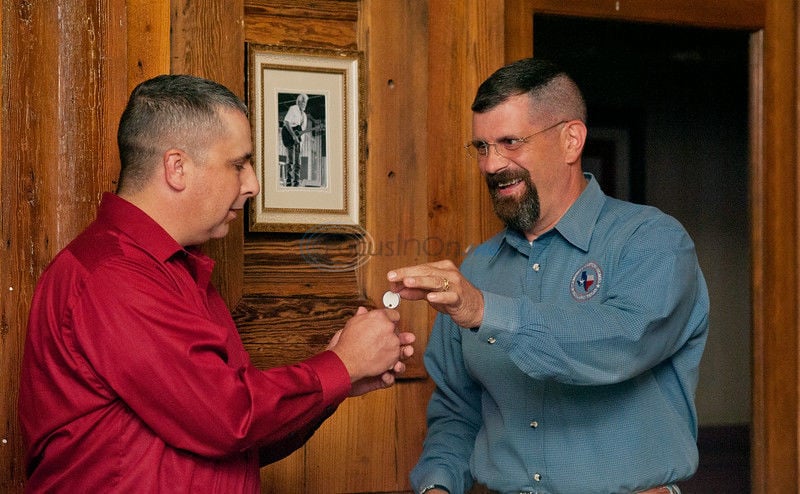 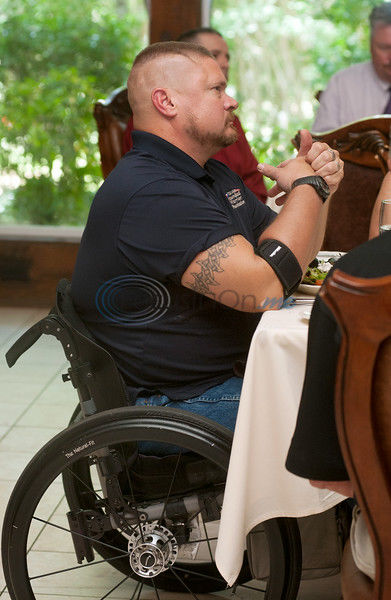 photo by Sarah A. Miller/Tyler Morning Telegraph Paralyzed veteran Tommy Guinn attends the Texas Wounded Warrior Foundation luncheon held Tuesday at Kiepersol Winery. Guinn's pastime is playing golf, and the Texas Wounded Warrior Foundation was able to assist him in purchasing a Solo Rider Golf Cart that can be used for multiple activities including hunting and fishing. 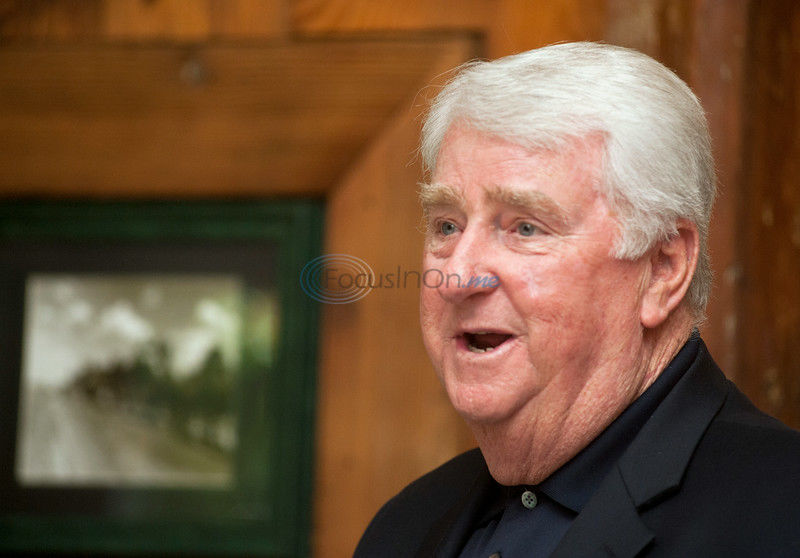 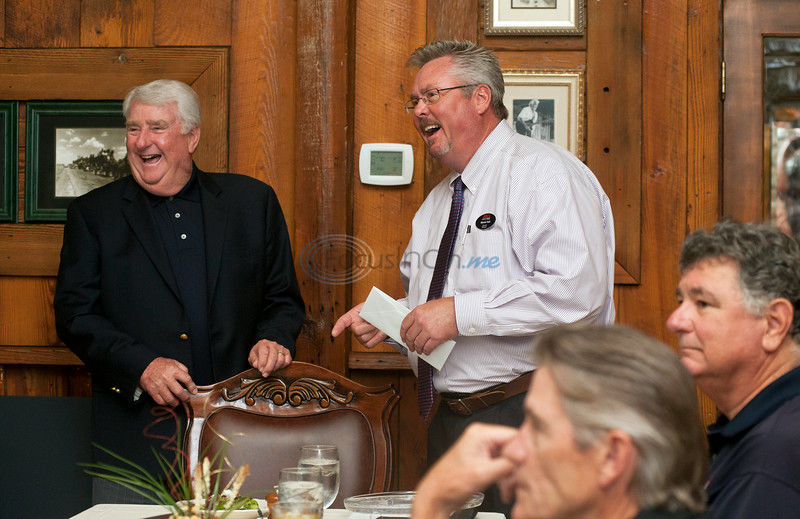 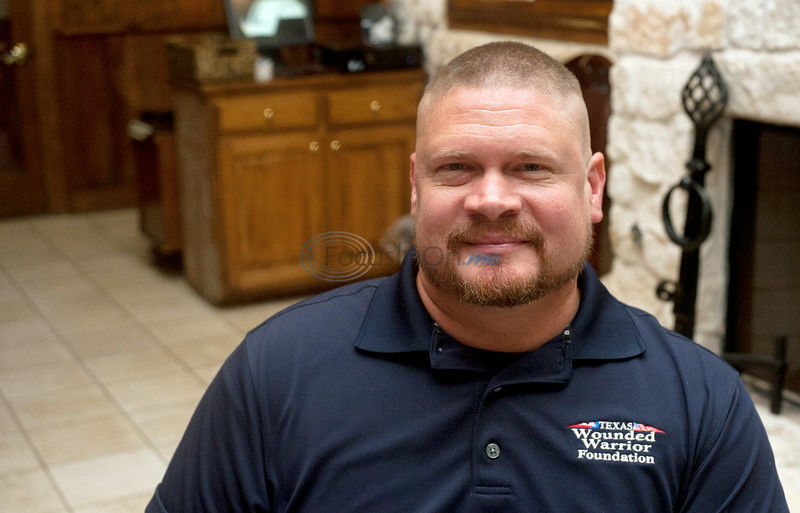 photo by Sarah A. Miller/Tyler Morning Telegraph Paralyzed veteran Tommy Guinn attends the Texas Wounded Warrior Foundation luncheon held Tuesday at Kiepersol Winery. Guinn's pastime is playing golf, and the Texas Wounded Warrior Foundation was able to assist him in purchasing a Solo Rider Golf Cart that can be used for multiple activities including hunting and fishing.

BULLARD — There were a few tears shed along with many smiles as the Texas Wounded Warriors Foundation honored soldiers and contributors during a luncheon on Tuesday at Kiepersol Estates Restaurant.

Timothy Pennington, a near 20-year veteran of both the U.S. Army and Air Force, was injured while deployed in Kuwait and Iraq. After receiving a medical discharge, he was unable to work due to his injuries.

Bob Burnett, foundation board member, said Pennington's sister Tina and her husband David Johnston stepped up and helped him and his daughter Kianna, who attends Bullard High School.

Burnett then enlisted the help of Jason Campbell of Campbell Custom Homes. Campbell presented Pennington the keys to a new duplex in Bullard so his daughter can continue to attend BHS.

"Our foundation was aware of Tim's situation for some time and decided we couldn't wait any longer for the government to step in to aid so the (foundation) took on Tim's plight as a personal challenge and to help in providing him some independence and a clean start," Burnett said.

Goetz then presented Tommy Guinn, a flight engineer on a Chinook helicopter who suffered severe wounds that left him paralyzed below the waist while in Afghanistan, with a SoloRider Golf Cart.

"Tommy thought he might never play another round of golf," Goetz said.

Goetz added that the foundation purchased the golf cart for $9,500, with the members at Eagle's Bluff Country Club raising more than $5,000 toward its purchase.

"Tommy is now able to play golf, fish and even hunt," Goetz said.

Guinn and his wife, Bobbie, were on hand for the presentation.

Steve Rogers, of the Dew Boys golf group at Eagle's Bluff, presented a check for $5,450.

Goetz also honored Monte Hall for with a Support Award, noting Hall, his family and Hall Buick GMC has been on board since the beginning.

Hall said he was in the Navy as well as his father, along with other relatives in the Marines and Army.

"It is a true honor and pleasure for the Hall Buick GMC family to be involved in the Texas Wounded Warrior Foundation," Hall said.

Hall then presented a check for $7,500 to Goetz for their fundraiser during May at the dealership.

The Texas Wounded Warriors Foundation also provided, along with Hall GMC, a 12-passenger van for Disabled American Veterans. The $18,000 vehicle transports veterans to VA hospitals. The group also provides individual Warrior assistance as well as golf schools (one of which was at Eagle's Bluff). In addition, the foundation provides meals for Warriors and their families.

"I don't know the words that can describe the pleasure that we get when we are able to help the wounded warriors," said Goetz, a former PGA player. "It is amazing to me how generous, especially how East Texas is — like the Hall Family, the Dew Boys at Eagle's Bluff Country Club … people like the Thedfords at Don's TV & Appliances and Cavender's and the other organizations that have been so generous to us. … It is truly amazing."

Goetz also announced plans for the Seventh Annual Texas Wounded Warrior Pro-Am, set for Sept. 27 to 29 in the Tyler area.

The Warriors will arrive on Sept. 27 at Tyler Jet Center and will be treated to a brunch at The Cascades Golf Club, along with a show from trick shot artist Dennis Walters. The first day concludes with a party at Rio Neches Ranch.

On Sept. 28, a brunch is scheduled for Eagle's Bluff Country Club, followed by a scramble with Eagle's Bluff members, guests and warriors.

The weekend concludes on Sept. 29 with the Warriors visiting All Saints Episcopal School, followed by a pro-am at Willow Brook Country Club.