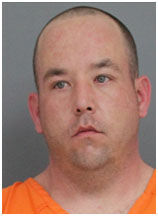 A grand jury chose to not charge a Cherokee County Sheriff’s Office deputy, who shot a gun that killed a Jacksonville man in January.

Cherokee County District Attorney Elmer Beckworth said the jury did not find sufficient evidence to charge the deputy involved in the shooting.

According to the Cherokee County Sheriff’s Office, deputies responded to property on Jan. 14 that was being patrolled due to reoccurring burglaries off of County Road 1111. The officers saw a vehicle on a property, and they tried to contact the people in the car.

The sheriff’s office said an incident led to the death of Justin Pegues, 26, of Jacksonville, and arrest of Anthony Brooks, 35, of Rusk, for criminal trespassing.

The deputies involved were not injured and they were placed on administrative leave, a standard practice for an officer-involved shooting, police said.

The Texas Rangers conducted an investigation into the shooting, and Beckworth said the jury received the investigators’ report.

Beckworth said the Rangers’ report found no misconduct on the part of the officer, who acted properly during the incident.

Grand jury members received the Rangers investigation and video of the incident while reviewing the case, Beckworth said.

Jeffery Clark, an attorney out of Jacksonville, is representing Pegues’ family and he believes the deputy used excessive force.

Clark has not yet filed a civil lawsuit, but he’s discussing his claim with the county’s attorney.

“I don’t think Mr. Pegues deserved to get shot that night,” Clark said.

Clark said he’s trying to avoid a lawsuit, and he’s still gathering information about what happened the night Pegues died.