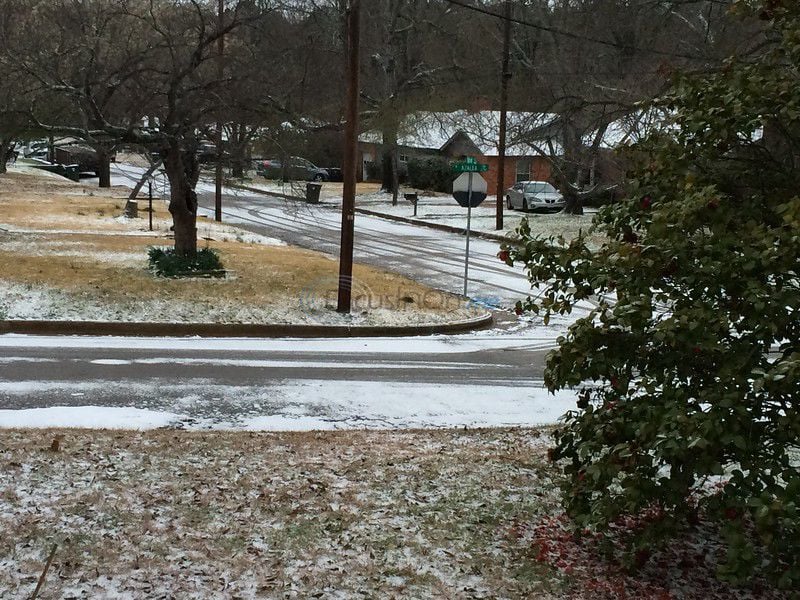 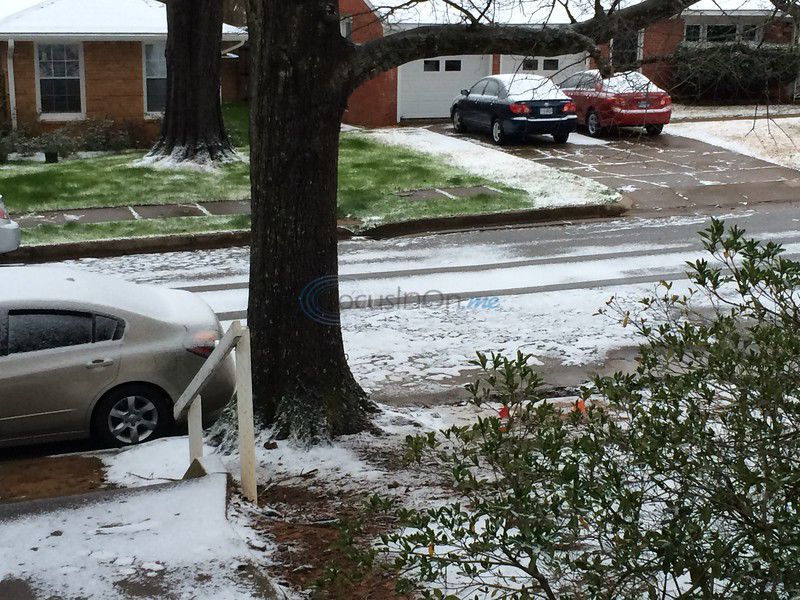 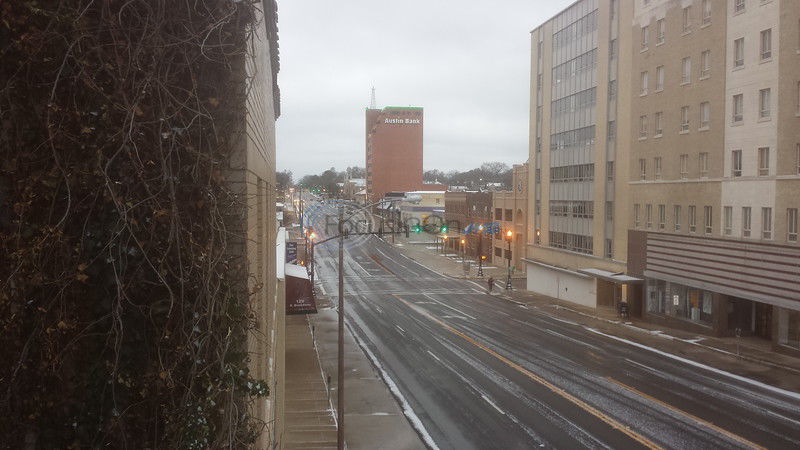 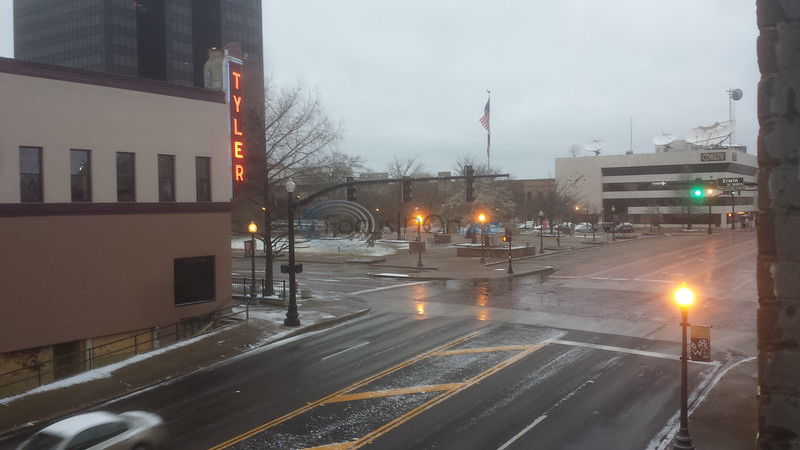 KYTX CBS 19 reports snow is expected to end later this morning followed by decreasing cloud cover. Lows today will be near freezing with highs near 37 degrees.

In downtown Tyler, there has been a light accumulation of snow on grassy areas but most paved and concrete areas are cleared or clearing. Roads have slush accumulation outside the areas where vehicles have driven over the snow. Travelers should remain wary of icy patches however.

Texas Department of Transportation has been treating roadways that are expected to be hazardous due to inclement weather conditions.

According to TxDOT, its crews pretreated Interstate-20 with a salt brine solution, as well as Toll 49 and U.S. Highway 259.

TxDOT reported sleet in Gregg County that is turning to slush on roads. The west side of Henderson County covered in about 1" of snow. From Athens eastward roadways have about half an inch of sleet, according to TxDOT.

Light snow was reported on the north side of Rusk County. Light rain on south end. No major problem areas were reported at this time. TxDOT continues to treat bridges in the north end of county this morning.

Motorists are urged to avoid travel if ice develops and conditions warrant.

However, those that become increasingly hazardous could be closed for the safety of motorists.

Motorists are reminded to slow down and change their driving behaviors as necessary to navigate current weather conditions. Remember to buckle up, increase your following distance and allow extra time to reach your destinations.

“Good will come to those who are generous and lend freely, who conduct their affairs with justice.” (Psalm 112:5)