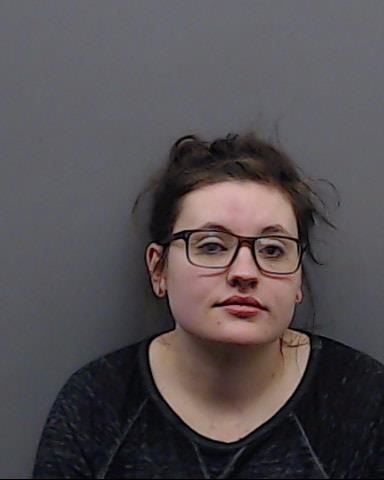 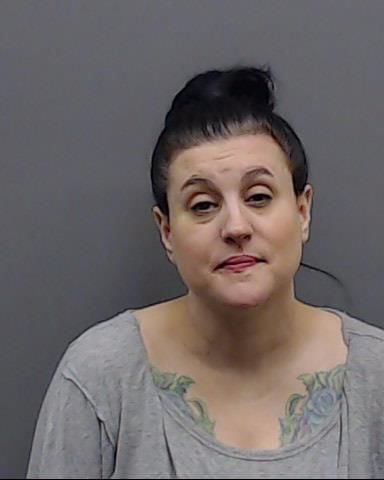 A Flint mother and daughter have been indicted in connection with allegedly using voodoo, witchcraft and demonic items to cause a person to be in fear for her life.

Kristina Lee Ferguson, 46, and her daughter Jaclyn Cirra Feagin, 24, were indicted on a charge of stalking. Feagin has a $75,000 bond, while Ferguson’s bond was set at $150,000, according to the Dec. 19 indictment. Both were arrested Nov. 8. Feagin was released the next day, while Ferguson remains in Smith County Jail, according to jail records.

Feagin admitted to officers with the Smith County Sheriff’s Office that she made the witchcraft items that were left on the vehicle of her husband’s ex-girlfriend, according to the arrest warrant affidavit.

The affidavit shows that the items were placed on the ex-girlfriend’s porch and vehicle over a period of time, beginning June 15 through late September.

According to the affidavit, the items included the following: a picture of the ex-girlfriend with a red witchcraft pentagram drawn across her face, with a burnt blue candle beside the photo; a pair of black male underwear on her vehicle with a note saying, “just thought you should know;” a Mason jar filled with sand; a small voodoo-style twine doll with pins in its head, face and heart area; a blue burnt candle and sigils, or symbols, which have translated meanings of horror, death, pain, insanity, delusion and destruction, in the “ravens of antimony” literature; and a black leather scroll, which had a photo of the ex-girlfriend with a Latin message, wrapped in brown twine with a white rose dipped in a red-colored substance inside.

When the suspect was doing a drive-by, the woman recognized the car as Feagin’s husband’s vehicle, according to the affidavit. The woman receiving the items told authorities she noticed a pattern of two days before certain dates and other incidents on Friday the 13th or on a solstice, which is a significant day in the Wiccan or witchcraft belief, according to the affidavit.

When the detective asked the woman why Feagin would do this, she responded that Feagin thinks she still has an attachment to Feagin’s husband. The woman said she had no feelings for the husband, the affidavit said.

Surveillance videos showed a vehicle pull up to the residence and a female walking and placing the scroll on the ex-girlfriend’s vehicle. The ex-girlfriend told the detective she has attended counseling because of these events and is in fear for her life and is afraid something will happen to her or her family, according to the document.

When detectives interviewed Feagin and Ferguson, Feagin said, “She was a really big problem, so yes I was messing with her.”

Feagin acknowledged to police she knew what she was doing and that she wanted to get back at the ex-girlfriend. Feagin also admitted to driving the vehicle to the residence and Ferguson admitted to putting the items on the vehicle, the affidavit stated.

Ferguson told officers she thought the ex-girlfriend would “get the hint” after she left the items on the car. Ferguson said, “I didn’t see it going this far and it wasn’t a big deal. I thought it was funny,” according to the affidavit.

The writer of the affidavit claimed Feagin and Ferguson’s intentions were to make the ex-girlfriend “feel harassed, annoyed, alarmed, abused, tormented, embarrassed or offended.”

In total, the Smith County grand jury handed up indictments for 46 people on 56 felony charges during the Dec. 19 session.