Smith County officials are seeking to negotiate new contracts for medical and food services in the Smith County Jail, in light of an increasing jail population.

Smith County Commissioners Court voted to move forward with soliciting bids on the two new contracts for inmate services at its regular meeting on Tuesday.

In recent months, the Smith County Jail population has been at its highest level since the county built and opened the new jail about three years ago, according to data from the Texas Commission on Jail Standards.

On Tuesday, Smith County Sheriff Larry Smith, whose office runs the jail, told the court that the population is 839 inmates. In the past month, he said the population has reached a peak of 853 inmates.

The current contract for medical services charges the county a base rate for providing services for up to 855 inmates, according to Kim Gould, the purchasing director for Smith County.

Gould told the court on Tuesday if the population increases beyond 855 inmates, the county would be charged additional money under the contract. She recommended that the court send both contracts out to bid to get more competitive contracts.

The current contract for medical services is with Correct Care Solutions LLC of Kansas. The company provides physician care, pharmacy services, medical records administration and emergency care, among other services for inmates.

Under the current contract, Correct Care Solutions is paid monthly installments totaling about $1.4 million per year. If the average inmate population surpasses 855 inmates in a given month, the county must pay an additional 77 cents per inmate per day for medical services, according to the contract.

The court decided on Tuesday to appoint a five-member committee to review bids for the health services contract. The appointees are four officials from Smith County and the Smith County Sheriff’s Office, and Dr. John English of from Bethesda Health Clinic.

The court also appointed a three-member committee to review bids for the food services contract. The appointees for reviewing the food service contract bids are Commissioner Cary Nix, plus a staff members from Smith County and the sheriff’s office.

“Do you know if procedures have changed drastically or who we might reach out to at the district attorney’s office to find out if something procedurally has changed?” Warr asked. “As I’ve looked at this the past few months, that’s where a lot of the big numbers are coming from.”

Smith told Warr that population “seems to be the exact source of the climbing population.” He said the jail population usually goes up in the summer, but that the season can’t account for all of it.

“I hate to get involved in politics here, but I think that’s got something to do with it,” Smith said, referencing the contentious Republican primary for Smith County district attorney. “And I think that’s past us now, and hopefully that will improve.”

Smith said in an interview his biggest concern about the jail population is whether he can provide enough people to staff the jail, and he said the court has the power to allocate money in his budget to hire more staff.

“When we opened this jail, we knew that we didn’t open it with enough personnel to man the whole jail,” Smith said. “We (staffed) it for population, not for capacity.”

County Judge Nathaniel Moran said Tuesday he would begin meeting with other county officials next month to plan the budget for fiscal year 2019, which starts Oct. 1. 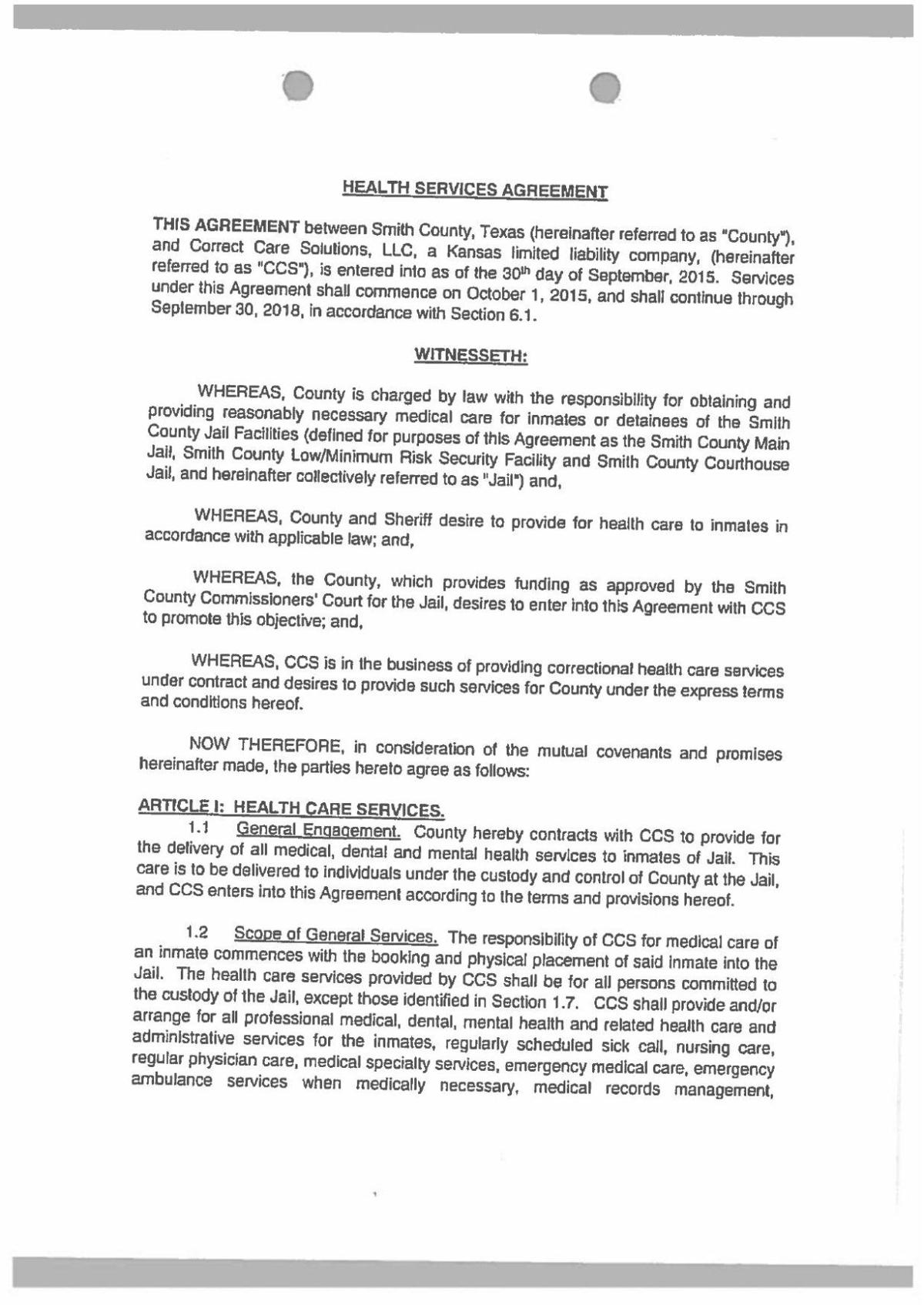 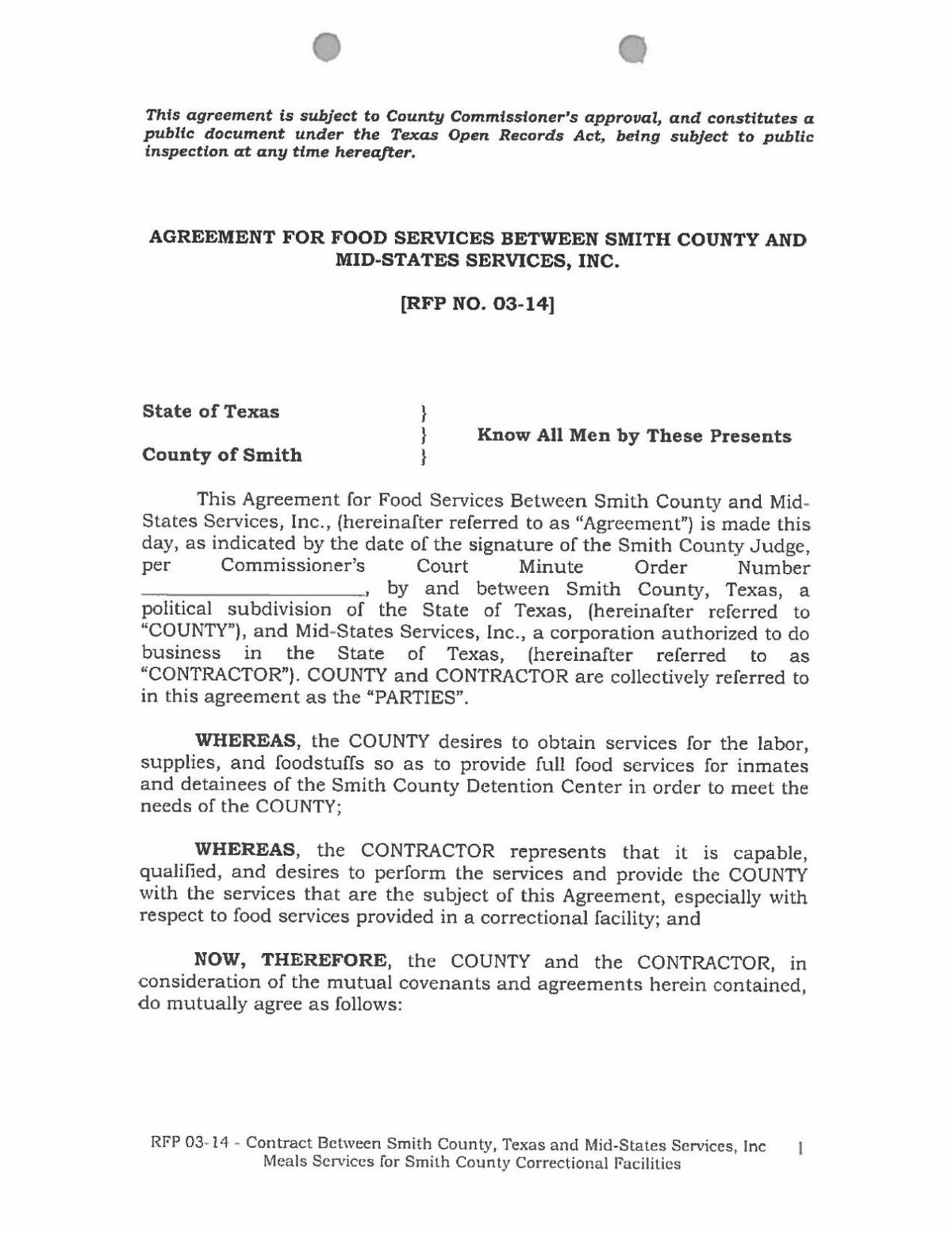 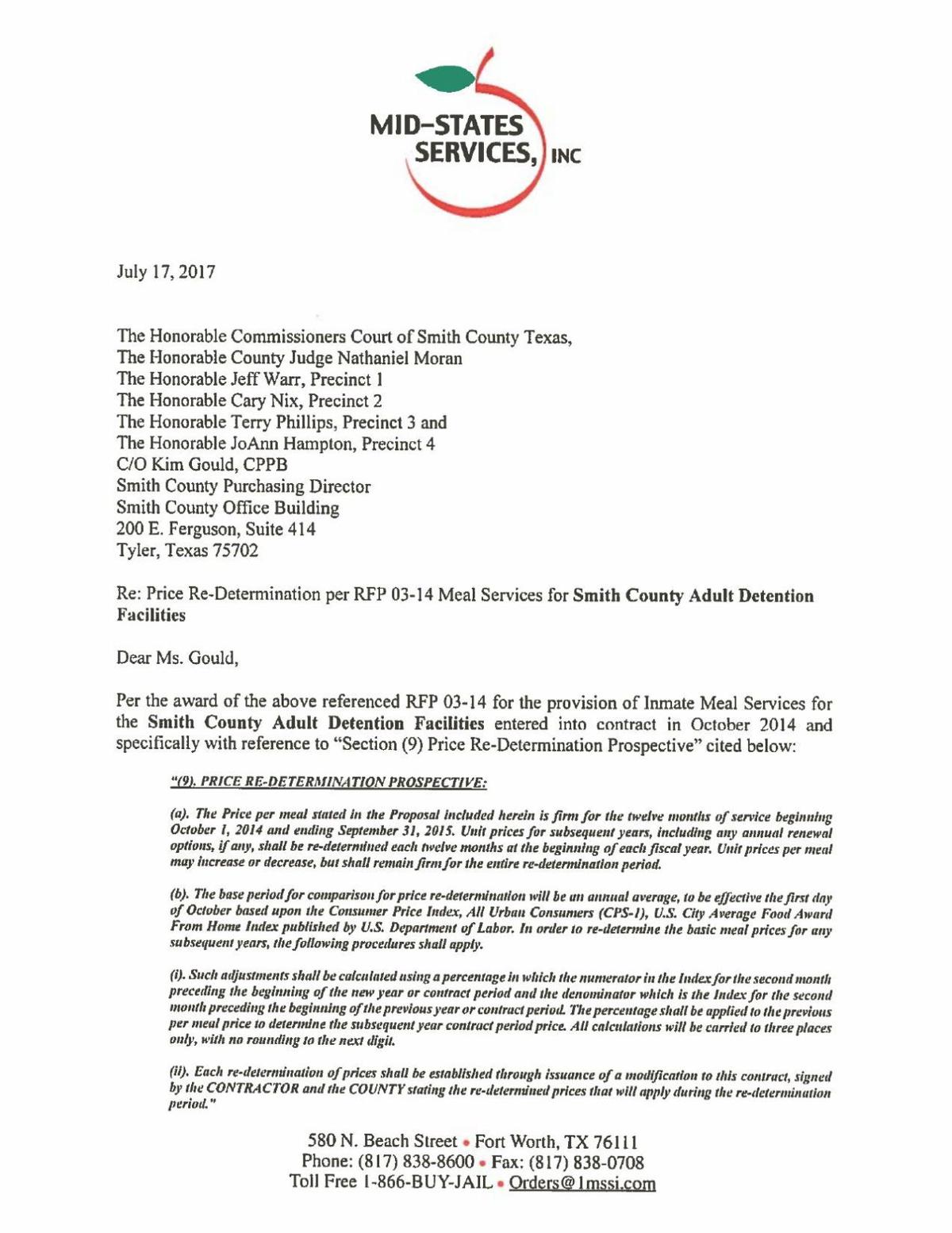 Members of the committee to review requests for proposals for inmate health services in the Smith County Jail:

Members of the committee to review requests for proposals for meal services in the Smith County Jail:

A member of the Smith County Commissioners Court said Tuesday he is concerned about an increase in the local jail population.

A group of community leaders will meet Thursday to discuss how to reduce the population of the Smith County Jail.

Smith County will enter into contract negotiations with two new companies to provide medical and meal services in the Smith County Jail.