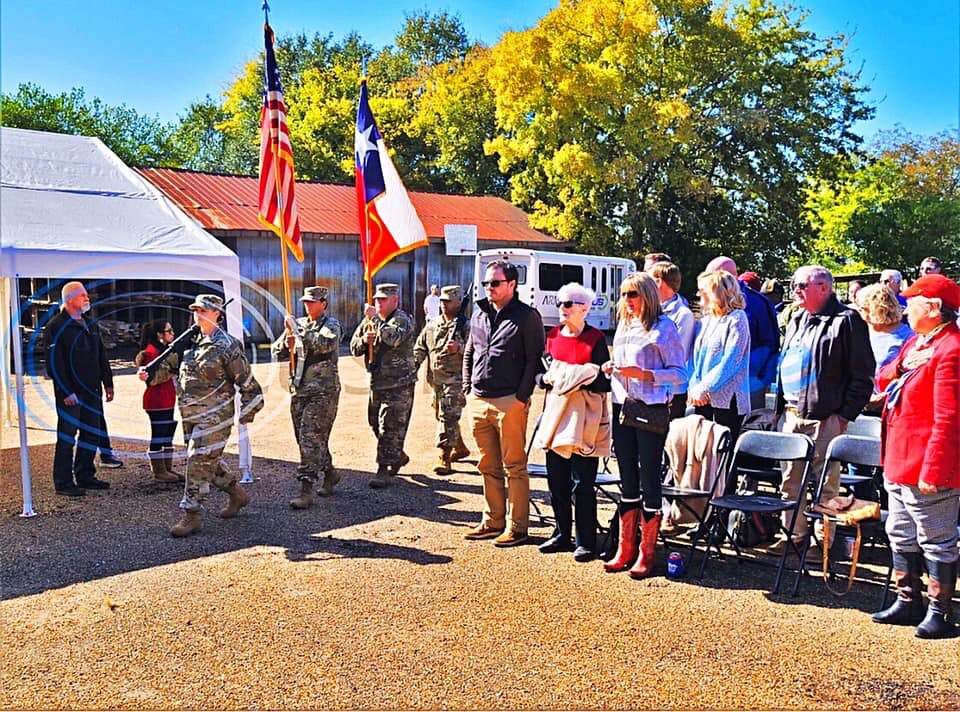 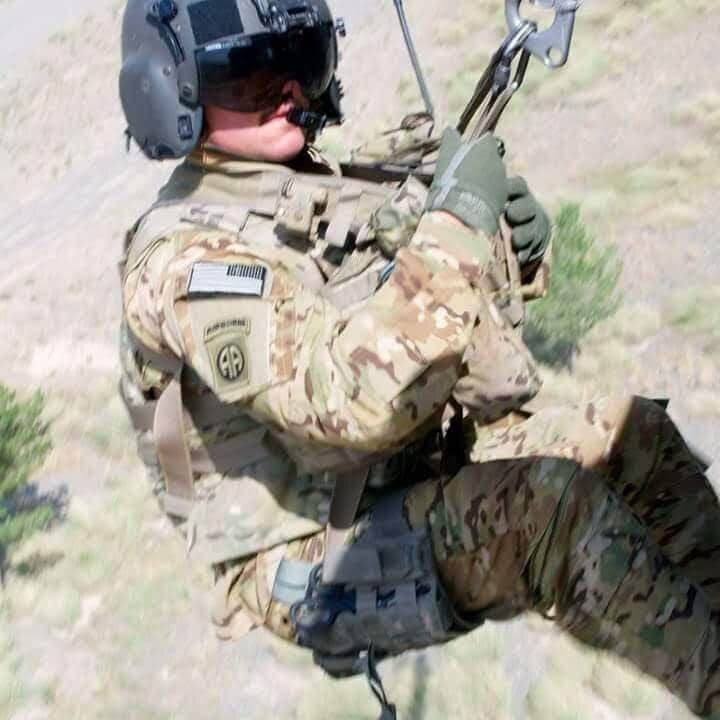 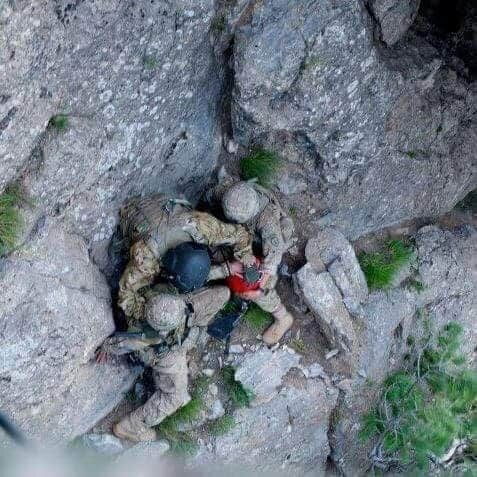 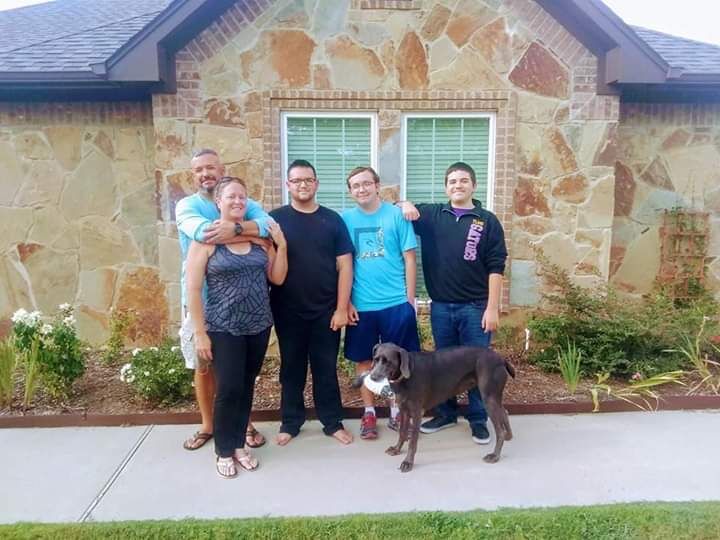 PH Patrick and wife Shelby with 3 sons and dog 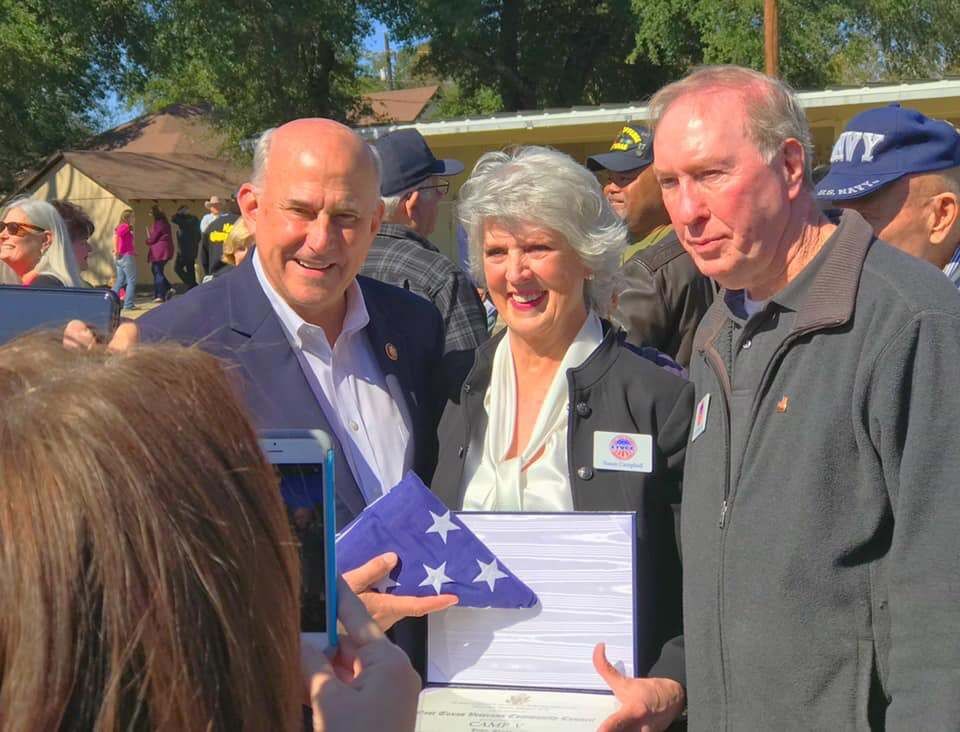 CAMP V Opening Susan Jim and who with flag 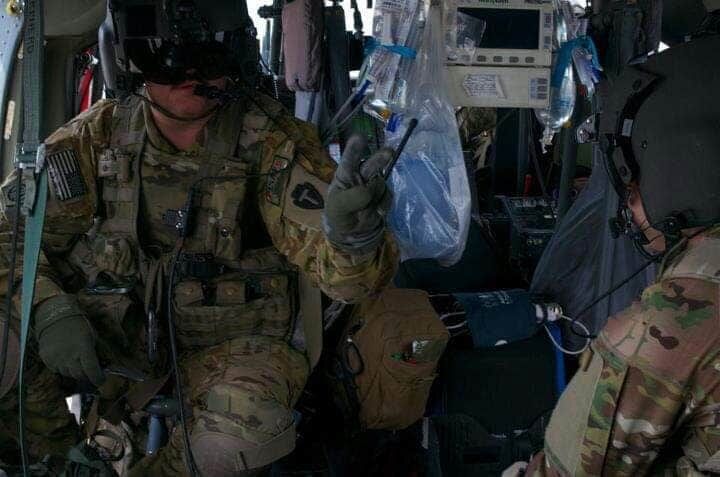 ABOVE: Patrick Rogers inside Black Hawk helicopter. BELOW: Patrick and wife Shelby with three sons and dog.

PH Patrick and wife Shelby with 3 sons and dog

CAMP V Opening Susan Jim and who with flag

ABOVE: Patrick Rogers inside Black Hawk helicopter. BELOW: Patrick and wife Shelby with three sons and dog.

(Editor’s note: On Aug. 7 from 10 a.m. to 11 am, the Communities Assisting Military Personnel for Veterans aka “C.A.M.P. V” will host a ceremony honoring the Purple Heart recipients, which will be emceed by Sandie Brazil-Hamilton, C.A.M.P. V Board Member. For more information about the August 7th event, schedule a tour of C.A.M.P. V’s, become a volunteer, or to “Thank a Veteran” by making a donation, please visit www.campvtyler.org or call 903.566.1010)

“From the day that will forever live in infamy to the terror attacks on our soil, our members have answered our Country’s call. Now as Combat Wounded veterans, we proudly continue to serve our country by helping America’s active duty, veterans, her families and those who have borne the burden of battle.”

— Military Order of the Purple Heart

Born and raised in Cypress, about 200 miles southeast of Tyler near Houston, U.S. Army E6 Staff Sergeant Patrick Dale Rogers, Jr, answered the call to serve his country at 18 years when he became a proud United States [U.S.] military soldier in 1994 — a time when the majority of Texans were more focused on the Super Bowl championship game when the Dallas Cowboys defeated the Buffalo Bills.

Although Patrick played football in middle and high school, he knew his destiny was larger than a football field, and his mission would require a more powerful tool than a football. While Patrick and his family enjoyed a hard-fought football game; this was a family that sought a greater purpose and fought a tougher battle, not for a singular glory, but for the greater good.

Patrick was born into a proud military family spanning four of the five branches of the U.S. military. His family tree of patriotism runs deep in America’s soil including his father, his father-in-law, his uncle, and one of his grandfathers — all, retired U.S. Navy. Patrick’s brother-in-law served in the U.S. Army and his wife’s father is a retired U.S. Marine.

As though that isn’t enough, Patrick’s other grandfather also served in the U.S. Marines during the World War II ‘Pacific Campaign.’ Although Patrick was young when his grandfather passed away, he remembers the Purple Heart awarded his late grandfather.

Fast forward 19.5 years of dedicated military service during which time Staff Sgt. Rogers served as a flight medic aboard a Black Hawk UH-60 helicopter. While the position may sound like a Hollywood movie and the envy of some, the training-to-real life application is anything but.

In order to become a flight paramedic, healthcare specialists must be a qualified civilian paramedic and pass a flight physical. Qualified personnel can apply before a review board. Upon acceptance, the flight medic attends flight training at Fort Rucker, AL where s/he completes 11 months of training to earn the required qualifications.

The Medical Evacuation (MEDEVAC) version of the UH-60M, the HH-60M, includes an integrated MEDEVAC Mission Equipment Package kit, providing day, night and adverse weather emergency evacuation of casualties. With its external cargo hook lift capacity of 8,000 lbs., a single Black Hawk can transport an entire 11-person, fully-equipped infantry squad faster than a predecessor system in most weather conditions. The aircraft’s critical components and systems are armored or redundant, and its airframe is designed to crush progressively on impact to protect crew and passengers. As an assault fighter, the UH-60 is capable of carrying 16 hellfire missiles and AIM-92 Stinger air-to-air missiles. With pintle mounts, some versions of the helicopter can carry 7.62mm or .50 caliber machine guns in windows.

With a highly-trained crew and the best built helicopter, Patrick knew he was among the best.

But there was one day in Patrick’s long military career in particular that would not be the best of days, and later would come to be known as the worst attack and explosion on a U.S. military base in Afghanistan.

While eating lunch on base, sans the gear required in flight, in the absence of his helicopter crew who were in different places on base, and without their fully-loaded UH-60, it was a moment that would test even the greatest resolve of the most dedicated soldier.

And it would be the courageous work of that same soldier on that same day that would warrant a Purple Heart Medal.

The courageous men and women belong to and are honored by the Military Order of the Purple Heart [MOPH] organization, where Patrick serves as a member. Formed in 1932, MOPH was created to protect the mutual interest of all who receive the Purple Heart decoration. The Purple Heart Medal is awarded to members of the armed forces of the U.S. who are wounded by an instrument of war in the hands of the enemy and posthumously to the next of kin in the name of those who are killed in action or die of wounds received in action. It is the only veterans service organization composed strictly of “combat” veterans.

“When I have your wounded …”

Patrick is also a member of the ‘DUSTOFF’ organization which stands for “Dedicated Unhesitating Service To Our Fighting Forces.” www.dustoff.com

‘DUSTOFF’ was the call sign of Major Charles L. Kelly [aka “Combat Kelly”] during his tour in Vietnam in 1964 when he served as the commander of the 57th Medical Detachment [air ambulance]. Prior to his tour of Vietnam, Kelly served in World War II.

Ever vigilant and dedicated, Major Kelly’s call sign ‘dustoff’ carried his strong southern drawl, as heard by all, on the radio, “This is dustoff…” as his regional accent prolonged the heaviest syllables while striking a balance with the weaker ones like a slow country song suddenly reverberating in fast speed as though a DJ stood in the sound room manipulating Kelly’s speech.

Needless to say, not only did Kelly’s “dustoff” announcement break the silence of many outposts, his voice commanded attention when he’d call in to ‘see if everything is okay.’

For the wounded, Kelly’s ‘hell-bent for leather’ personality earned a description as a self-assured, aplomb pilot who was always there, wherever ‘there’ was. On July 1, 1964, Kelly approached a ‘hot’ area to pick up the wounded when the enemy launched a barrage of gunfire while the enemy repeatedly yelled at Kelly to withdraw. Kelly calmly replied, “When I have your wounded.” Moments later, he was killed by a single bullet. Kelly died that day, but his call sign DUSTOFF became the standard call sign for all those holding a medevac position through the end of the Vietnam War, and is still in use today. www.army.mil › article › matching_tradition_dustoff

Major Kelly’s last words that day in 1964, “When I have your wounded” elevated as a collective credo representing the gallant DUSTOFF crews who carry Kelly’s courage. His spirit remains alive today in the military aeromedical organization that bears his call sign and in the hearts of those who serve in his honor, resonating equal fervor for combat medic soldiers like Patrick.

The current DUSTOFF crews sprint to their aircraft, confident that they not only can, but will take on life-changing decisions that may, in the end, steal their own lives; moving forward without hesitation, climbing over the next hill, regardless of the scenario, there is only one mission in mind: save the wounded. Knowing the dangers, when time is no friend and location is riddled with soldiers not their own.

It was June 1, 2012 at the Forward Operating Base [FOB] Salerno in Afghanistan. At the time, the FOB Salerno was the largest base in southeastern Afghanistan, highly fortified which held extensive surveillance assets and a U.S. rotary wing task force. Salerno functioned as an FOB housed by the U.S. military 2002–2013 during “Operation Enduring Freedom.”

It was on that day when members of the Taliban, including several individuals wearing suicide vests, attacked the FOB in a coordinated assault that breached the perimeter of the U.S. facility. A suicide bomber rammed a vehicle packed with explosives through the compound’s fence while attackers on foot entered through gaps along the fence.

Immediately after the explosion, the building where Patrick and his fellow soldiers were located at the time, collapsed as the roof fell on him and others.

Patrick was in the middle of this explosion.

At that time, Patrick said his training ‘just kicked in.’

An injured Patrick, he knew his calling — perhaps the call sign, DUSTOFF as though Major Kelly were overhead, Patrick and another soldier quickly ran to the only available vehicle — — not the UH-60 in which their training delivered such precision, and where their medical supplies and armaments were at the ready — — but instead they used a truck to load the injured and sped to a safer location.

While in the bed of the truck, Patrick and the injured became easy targets for the Taliban blasting shot after shot with the added danger of a more serious weapon, rocket-propelled grenades [RPG] fired from the shoulders of the Taliban fighters launching the missile rockets that were equipped with explosive warheads built on a rocket motor propelling the RPG toward the target, Patrick and his wounded.

As much a part of Patrick as his own adrenaline-filled heart that continued beating even stronger were the words of Major Kelly, “When I have your wounded…”

Patrick made three more rescues, each time taking fire while lifting his wounded comrades to the truck, until he succumbed to his own injuries and had to be medevaced to a military hospital located in the ancient city of Bagram, Afghanistan, where the Bagram Airfield-BAF [aka, Bagram Air Base] serves as the largest U.S. military base in Afghanistan.

Although Patrick is now home in Tyler with his wife and family, there was a part of Patrick, said his wife Shelby, “that he still wishes he was in Afghanistan with his guys.”

“At that time, he wasn’t permanently home yet, and he was still suffering from his injuries [and still does today],” said Shelby. “It was an honor for sure, but if you ask him, he’ll say he ‘was just doing his job’. That is what he was trained to do.”

“This means that the enemy got me, but thankfully I am here to tell the story,” said Patrick. “There are so many soldiers who should receive the Purple Heart, but do not. There are so many brave men and women who put their lives on the line every day for our country. It was an honor to serve with them and alongside them.”

On August 7th at 10 am to 11 am, the Communities Assisting Military Personnel for Veterans aka “C.A.M.P. V” will host a ceremony honoring the Purple Heart recipients, which will be emceed by Sandie Brazil-Hamilton, C.A.M.P. V Board Member.

“The Purple Heart medal symbolizes the timeless and noble values of patriotism, honor, and courage which stand as hallmarks representing our Armed Forces,” said Brazil-Hamilton. “We are grateful for the service of our brave soldiers, including our hometown hero, Patrick Rodgers, who represents the level of courage and sacrifice that are precious gifts, these liberties of freedom, we take for granted. We look forward to formally thanking our veterans in person on August 7.”

For more information about the Aug. 7 event, schedule a tour of C.A.M.P. V’s, become a volunteer, or to “Thank a Veteran” by making a donation, please visit www.campvtyler.org or call 903.566.1010.