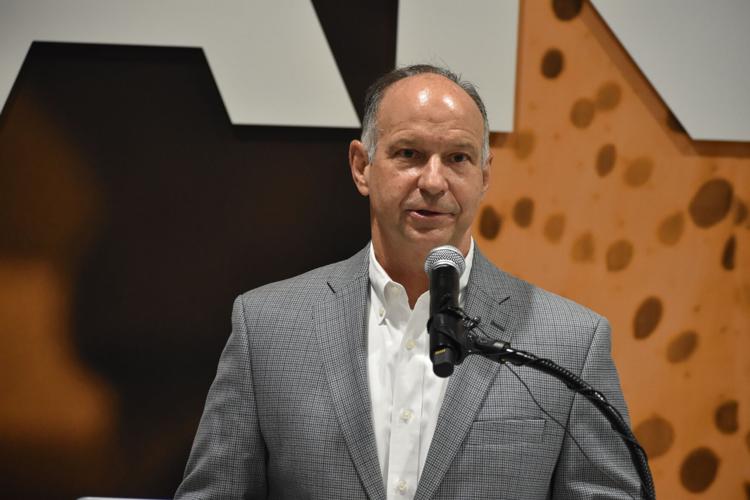 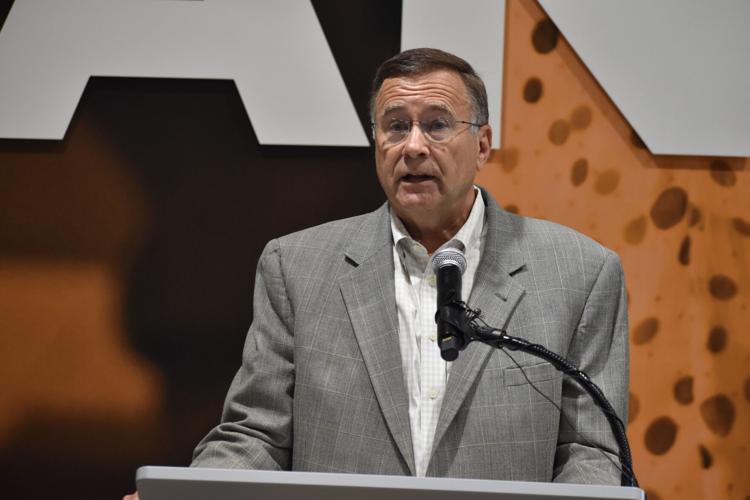 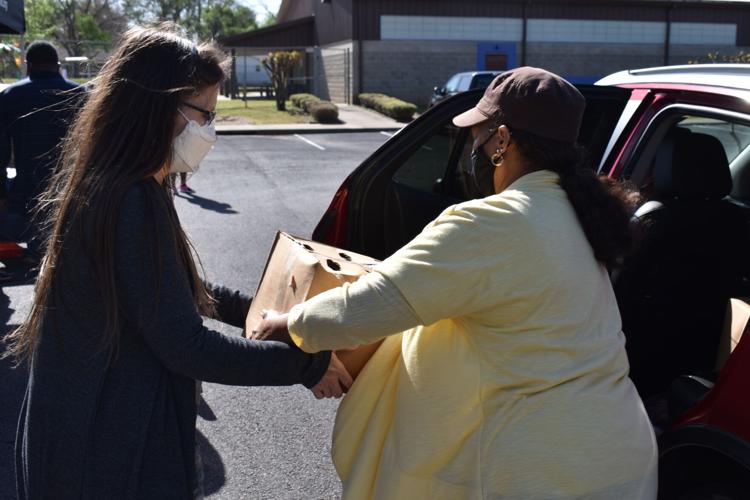 From left, Bethel Bible Church Hope campus members Donna Volberding and Sherri Boyd place produce in a person’s car during an East Texas Food Bank mobile pantry at the church with fresh produce for area residents. The Tyler church is part of the food bank’s Mobile Pantry program, an initiative using U.S Census tract data to determine what areas have the greatest need for fresh produce. 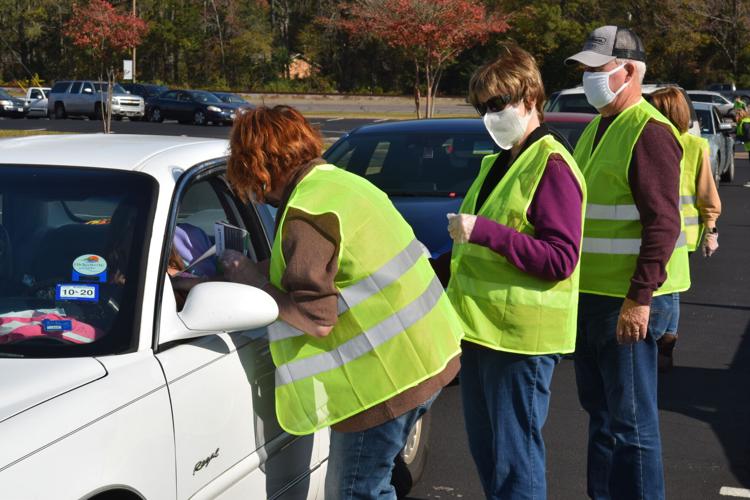 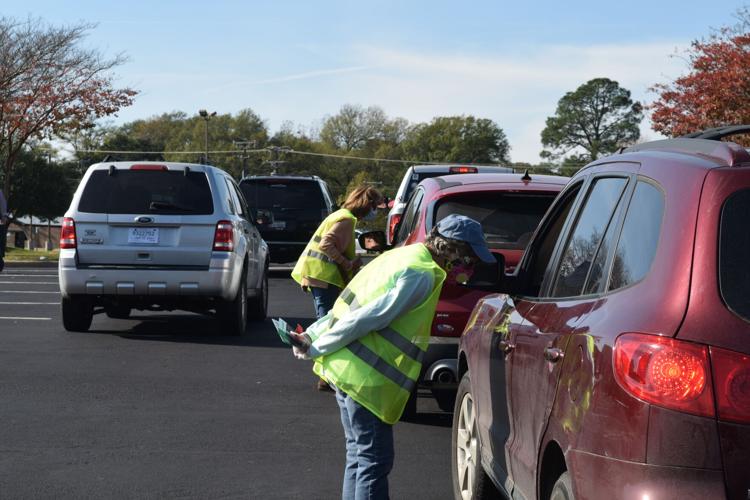 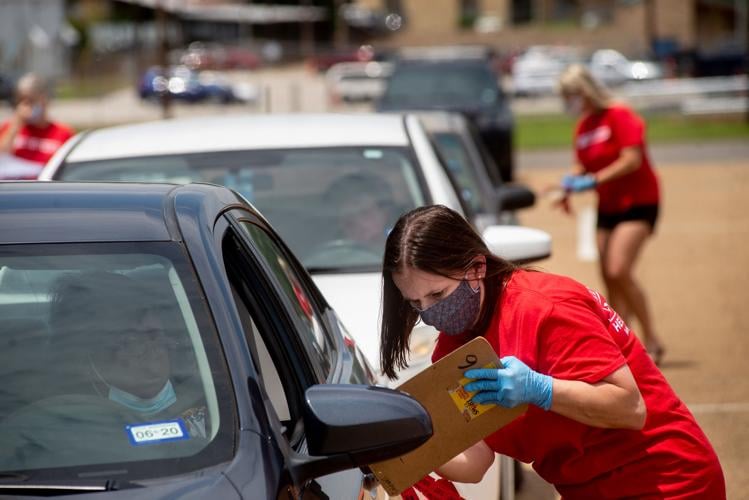 From left, Bethel Bible Church Hope campus members Donna Volberding and Sherri Boyd place produce in a person’s car during an East Texas Food Bank mobile pantry at the church with fresh produce for area residents. The Tyler church is part of the food bank’s Mobile Pantry program, an initiative using U.S Census tract data to determine what areas have the greatest need for fresh produce.

The East Texas Food Bank is investing $11.8 million into a strategic plan to distribute 32 million meals annually through 2025 thanks in part to a donation from philanthropist MacKenzie Scott.

Scott, the ex-wife of Amazon founder Jeff Bezos, announced in December that the food bank was among 384 organizations she selected to donate to. The organization received $9 million from Scott, while the remaining $2.8 million came from state and local donors.

During a Thursday news conference, Dennis Cullinane, East Texas Food Bank CEO, detailed how the COVID-19 pandemic has intensified the food crisis in the region, noting one in five East Texans, including one in four children, are facing hunger.

“Unfortunately, the pandemic hit our most vulnerable neighbors the hardest,” Cullinane said. “Seniors couldn’t safely go to the grocery store. Hard-working parents had to switch to at-home learning and lost the free and reduced meal programs through school. College students lost their jobs when restaurants shut down. We heard so many stories like these from people who had never needed food assistance before the pandemic.

Even though our state reopened and the economy is on the path to recovery, we are still seeing an increased need for food assistance. Our response continues to be a marathon, not a sprint.”

Cullinane called Thursday an exciting day for the East Texas Food Bank community before he revealed the strategic plan that the donations will fund.

He said the food bank will invest in strategic partner food pantries to expand the capacity to provide traditional meal distribution and increase Supplemental Nutrition Assistance Program outreach and applications.

The food bank also has plans to bring the resource center model that the nonprofit organization started in Lufkin to other high-need communities. The resource centers would provide healthy pantry items along with other resources for working families in need.

Cullinane said there are some ideas on where to bring these facilities, but no final decisions have been made. The centers will be strategically placed to supplement hours of agencies that already provide similar support resources.

“They tend to be focused on urban areas with big populations and big meal gaps,” he said, adding the centers will be dedicated toward working families. “We want to be open every day. We want to provide access to food every day.”

The food bank will continue its direct, targeted mobile pantries, which began during the pandemic, using census data to reach low-income, under-resourced neighborhoods with fresh produce.

Cullinane said this program has fed up to 1,500 families in the past and continues to feed up to 500 families.

The funding also will support the East Texas Food Bank’s fresh produce and purchasing program due to a high need for fresh produce. A focus on this program will increase the availability and variety of items to local food pantries, according to the food bank.

Through the plan, the food bank will work in partnership with Feeding Texas and Feeding America to advocate for public policy, legislation and resources to support the collective, long-term goals to end hunger.

The East Texas Food Bank will also invest in its facilities and fleet and adding the staff needed to meet its goal of providing 32 million meals each year.

Cullinane said there are some conceptual drawings for the infrastructure as well as plans for expanding its fresh produce processing area at the Tyler building. He said they have plans to add staffing to its fundraising department.

“Before we were given the gift, we didn’t have the confidence or the fallback or the financial security to hire one or two fundraisers,” he said. “Now, it’s given the ability to do that.”

He called Scott’s generosity a huge vote of confidence for the food bank, but he also noted one significantly large donation will not end the hunger crisis.

“Not everyone has $9 million to give, but you can give in your capacity. This hunger crisis in East Texas is bigger than what any philanthropist can solve,” Cullinane said. “We’re not going to rely on MacKenzie Scott to solve that problem. We’re going to need public support here in East Texas more than ever. We don’t need to do the heavy lifting after receiving the gift from Ms. Scott and other generous donors. We are enlisting a call to all of us to take her example.”

Cullinane recalled initially not believing that Scott picked the food bank, but he appreciated the dedication and research in Scott’s selection of the 384 organizations.

Donna Spann, chief development officer for the East Texas Food Bank, recalled being in shock about Scott’s donation. She reiterated the need for the community’s continued support as every donation helps.

“That $11.8 million is already invested in our strategic plan. We need our community, which they’ve been generous with, we need them to sustain what they’ve built. We do not take that for granted,” Spann said. “The support is higher than it’s ever been. Our community stepped up and rose to the occasion.”

“I appeal to you, brothers and sisters, in the name of our Lord Jesus Christ, that all of you agree with one another in what you say and that there be no divisions among you, but that you be perfectly united in mind and thought.” (1 Corinthians 1:10)