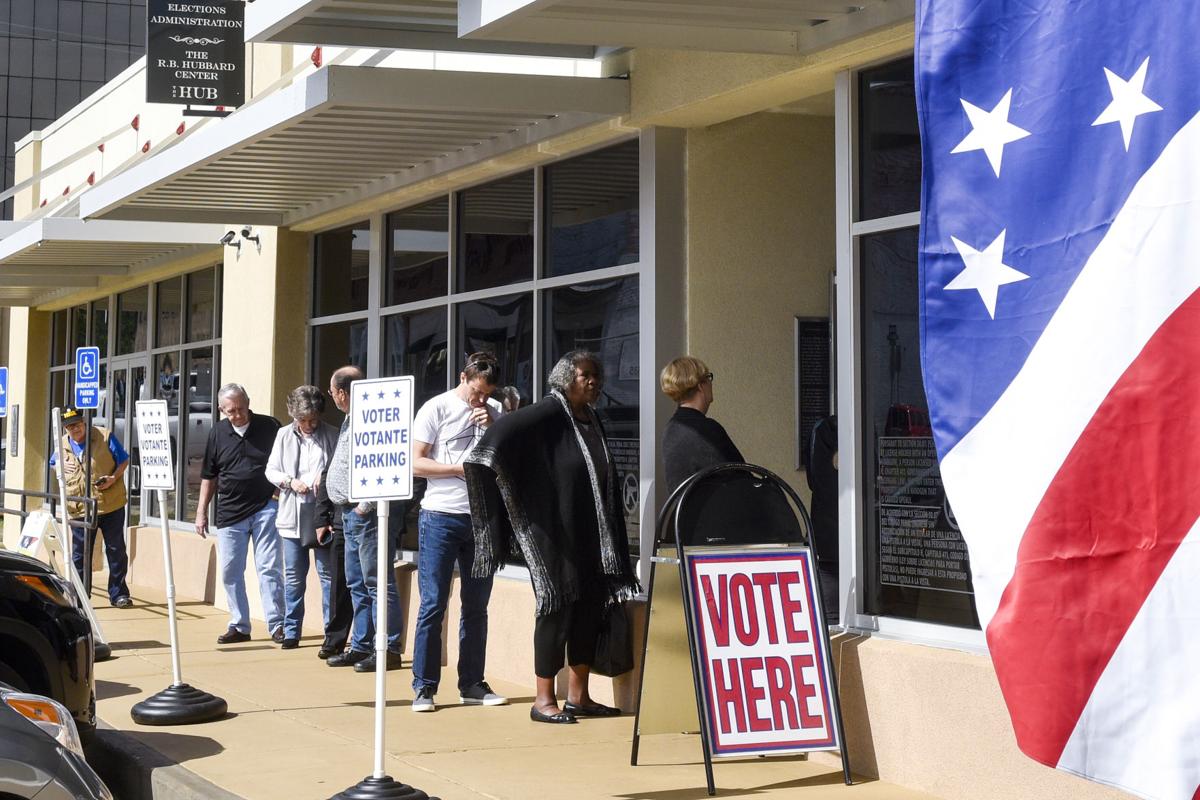 People wait in line for the first day of early voting at the R.B. Hubbard Center in Tyler, Texas, on Monday, Oct. 22, 2018. (Chelsea Purgahn/Tyler Morning Telegraph) 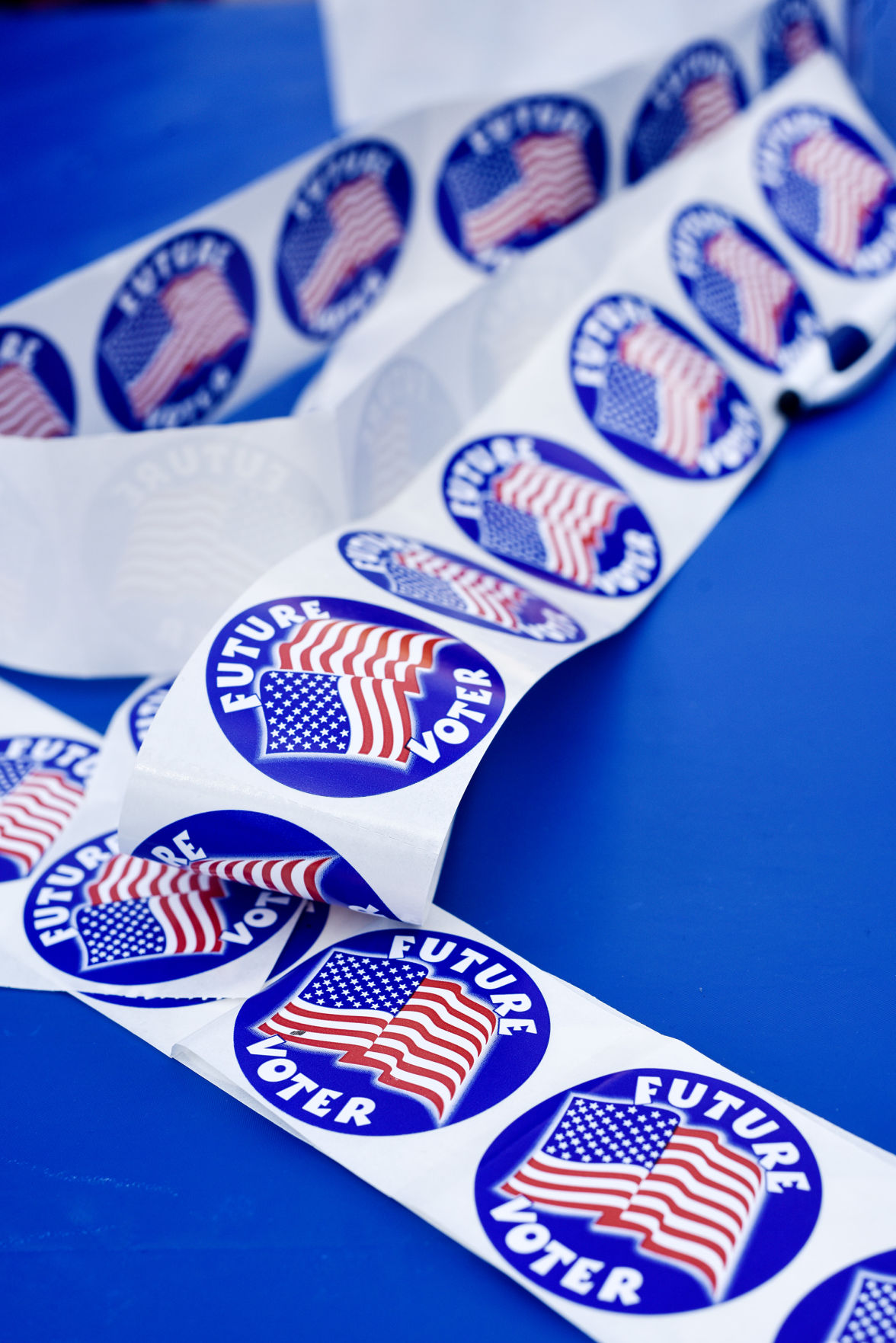 Voting stickers at a voter registration event at the University of Texas at Tyler in Tyler, Texas, on Thursday, Sept. 20, 2018. (Chelsea Purgahn/Tyler Morning Telegraph) 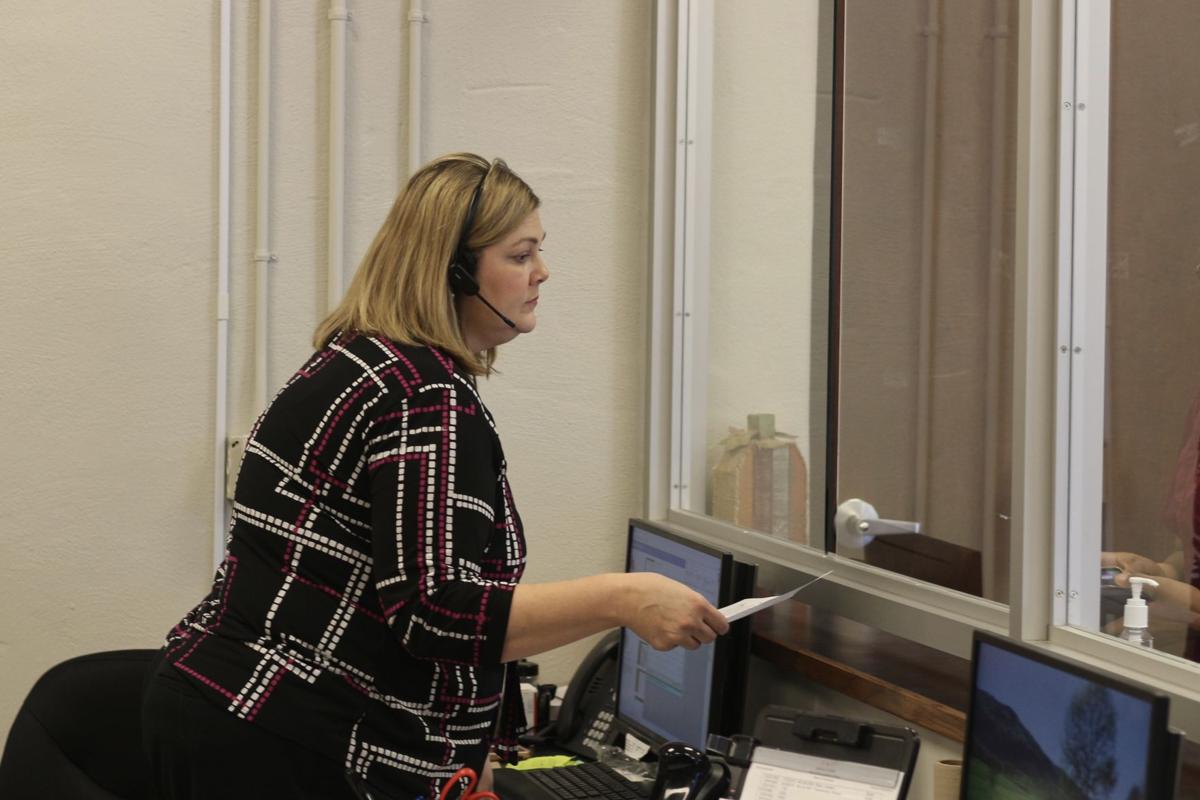 People wait in line for the first day of early voting at the R.B. Hubbard Center in Tyler, Texas, on Monday, Oct. 22, 2018. (Chelsea Purgahn/Tyler Morning Telegraph)

Voting stickers at a voter registration event at the University of Texas at Tyler in Tyler, Texas, on Thursday, Sept. 20, 2018. (Chelsea Purgahn/Tyler Morning Telegraph)

Early voter turnout in Smith County is the highest in recent history during Texas midterm elections.

In the first five days of early voting, 25,568 people cast ballots in Smith County. That’s 10 percent more than the 21,847 ballots cast during the entire two-week early voting period in the 2014 midterm elections.

The number also outpaced the 22,266 who voted early during the 2010 midterm election. However, the number has not yet outpaced early voting in the 2016 presidential election, when 58,406 ballots were cast early.

Lines were a consistent sight outside the R.B. Hubbard Building, also called “the Hub” at 304 E. Ferguson St., this week. On Monday, the first day of early voting, people waited an average of 45 minutes to vote, according to Karen Nelson, the Smith County elections administrator.

“I think it’s great that so many people are turning out to vote,” Nelson said. “I mean, that just shows that all the voter registration drives that everyone did, all the deputy registrars that were out signing up people to vote, that they really got their message out.”

She said there was a bottleneck at the Hub polling place on Monday when there were two computers for checking in, but her staff added a third check-in computer by the end of the week to get the line moving more quickly.

It’s not clear which party will see the benefit from increased turnout in Smith County because, while any person’s voter record is public information (excluding some information such as how they voted), the state of Texas does not require them to be registered with a political party.

The Smith County Elections Office provided data on who voted between Monday and Thursday. The data show that the most votes were coming in at the Hub (5,620), followed by the Noonday Community Center (5,470), Whitehouse Municipal Court (3,780), Lindale Public Library (2,936) and the Heritage Building (2,554).

The Hub has 16 voting machines, while the Noonday location has 15, the Whitehouse and Lindale locations have 10, and the Heritage Building has eight, according to Joanna Stanfield, an administrative assistant for the elections office. She said the number of machines are different because of the size of the rooms in each building.

Mark Owens, a political science professor at UT Tyler, said his best explanation is a term that political scientists call “social desirability,” when people start engaging more and more because their friends and neighbors are doing the same.

“(Sometimes) we have elections like this, and voting becomes a social event,” Owens said. “It’s why, in particular, if you see a line, people are willing to wait in it instead of wait all the way until Election Day to see it.”

He said it’s hard to tell which party will benefit from early voting. In the 2008 presidential election, he said Barack Obama won North Carolina because he stockpiled the most early votes, even though John McCain received the most votes on Election Day.

Students also have been engaging in the process. During voter drives corresponding with National Voter Registration Day in September, 177 UT Tyler students registered to vote, according to the League of Women Voters. Another 71 registered at Tyler Junior College, and 56 at Texas College.

“I am kind of blown away,” Owens said. “I’m actually seeing more student engagement in this election than I did in 2016.”

During that election, he said students may have thought Texas would inevitably vote for now-president Donald Trump, and they were still trying to figure out if they could be vocal about politics.

“And what we’re seeing here is students not voicing necessarily their support for one candidate, but the importance that they want people to know that they’re a voter,” he said. “And that kind of goes to this thing that it’s becoming cool to vote.”

Owens also pointed to a recent finding by the Washington Post that Texas is dead last among 50 states and the District of Columbia for voter turnout in midterm elections.

“If Texas’s voter turnout is going to grow, it’s going to grow in a week like this,” he said. “Early voting is usually bigger in week two than in week one.”