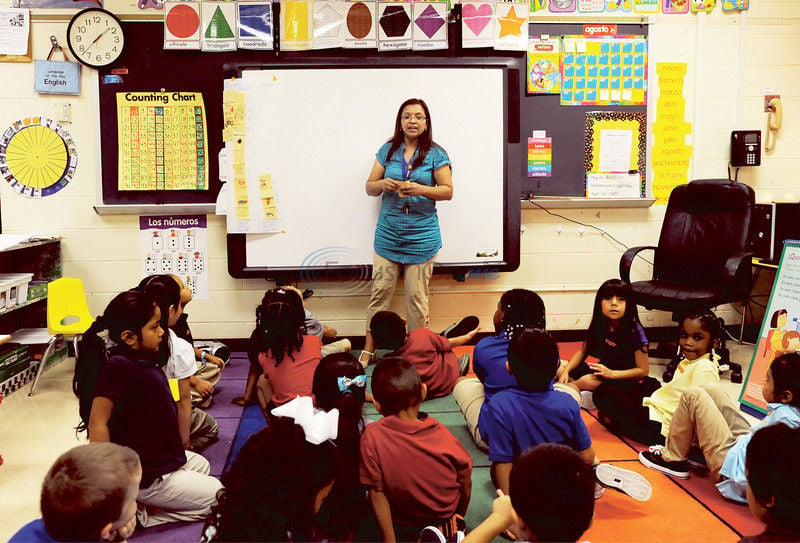 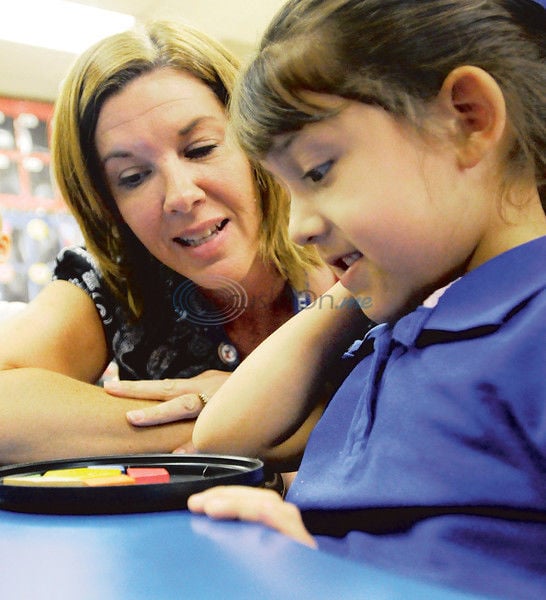 Bilingual kindergartners at Fred Douglass Elementary in jacksonviller write "carro" or "autobus" on a piece of paper in the spanish section to tell how they got to school Wednesday. Herb Nygren JR 082813

Bilingual kindergartners at Fred Douglass Elementary in jacksonviller write "carro" or "autobus" on a piece of paper in the spanish section to tell how they got to school Wednesday. Herb Nygren JR 082813

Jordan Sandlin did not know Spanish when she entered the dual language program years ago at Fred Douglass Elementary School.

But thanks to the program, she tested out of high school Spanish, allowing her to take more electives.

Ms. Sandlin, now 23, said she also has waited tables through college and was able to talk with co-workers and customers in Spanish.

"It was a great program…," she said. "We both (English-speakers and Spanish-speakers) learned off of each other."

Ms. Sandlin was among the first students to participate in the two-way program. Since it started 20 years ago, the program has expanded, doubling over the last five years, according to the school. There are now 88 students participating in each grade at Fred Douglass.

Principal Dr. Amber Penn said the program started because of interest, and grant money that was available.

Throughout the program, groups of four — two Spanish-speakers and two English speakers — work together in the classroom.

On Wednesday, dual language students received instructions in Spanish as they switched classes.

One class counted to 100 in English, while the other class, which was conducted in Spanish, worked on a social studies lesson.

As the students get older, they receive reading and language arts instruction in both languages, Dr. Penn said.

Additionally, she noted that dual language students participate in a Cinco de Mayo celebration, and another program that recognizes holidays around the world.

In the end, the hope is that students will be bilingual and biliterate by the time they enter fifth grade, Ms. Pollard said.

Dr. Penn, along with others at her school, pointed out the benefits of the dual language program.

Dr. Penn agreed, calling the program "a good cooperative experience." She said she believes it also shows that the school values different cultures.

"It would be wonderful if every child could have this opportunity," Ms. Sandlin said.

Third-grader Aspen Robinson, 8, said she likes the program because she gets to learn a different language.

She said she now understands when the teacher talks in Spanish and can write a little in Spanish.

Additionally, she has fun and likes all of her teachers, she said.

There is an application process to get into the program.

Before students enter the program, Ms. Pollard said, they undergo an assessment.