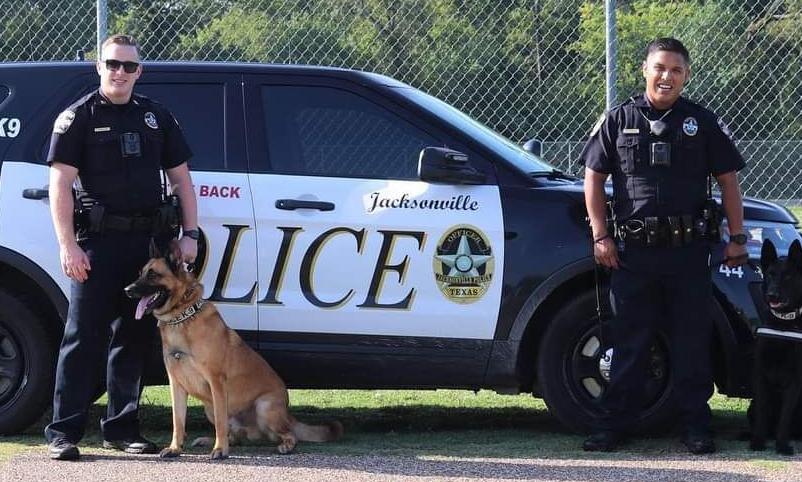 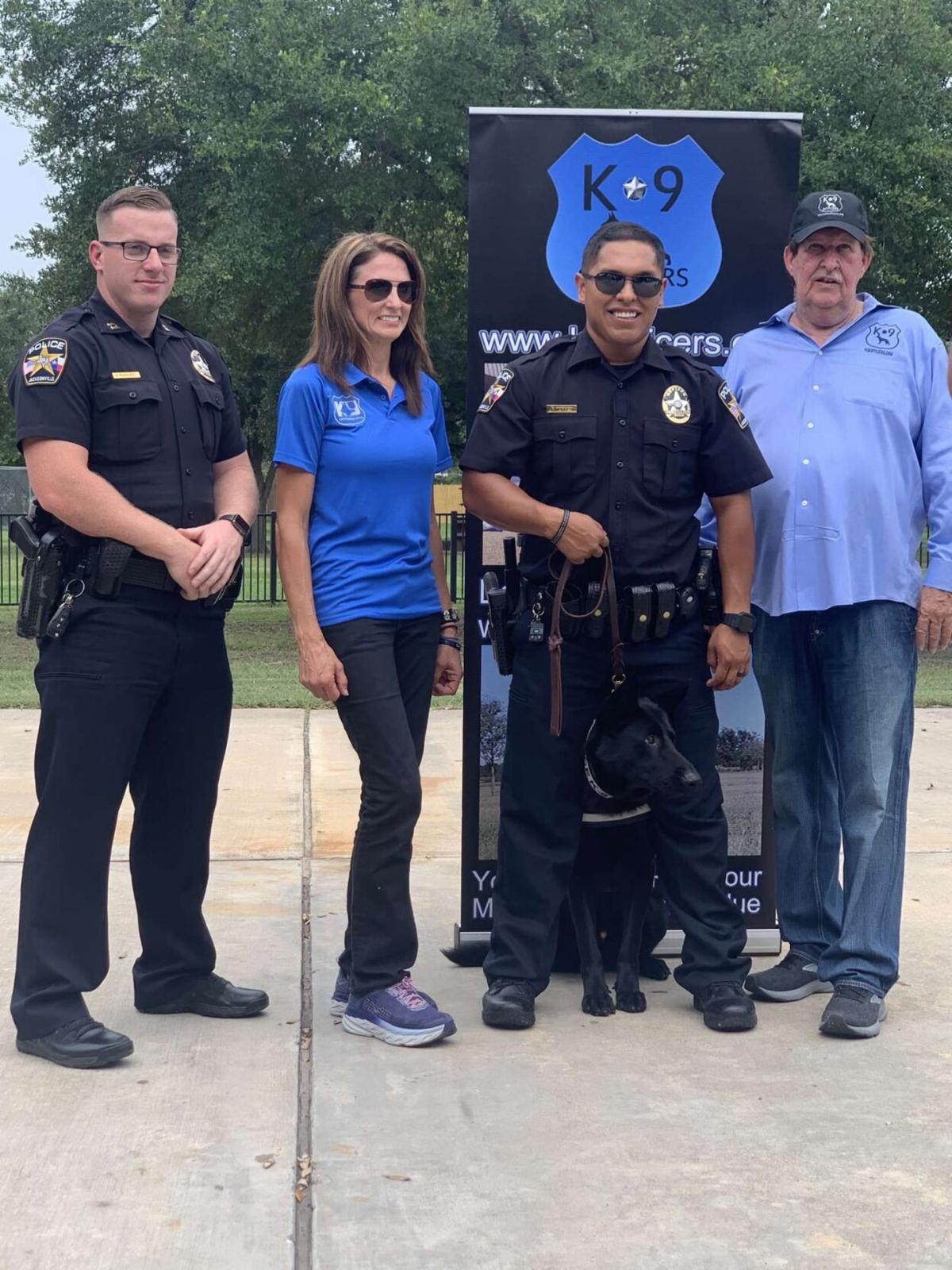 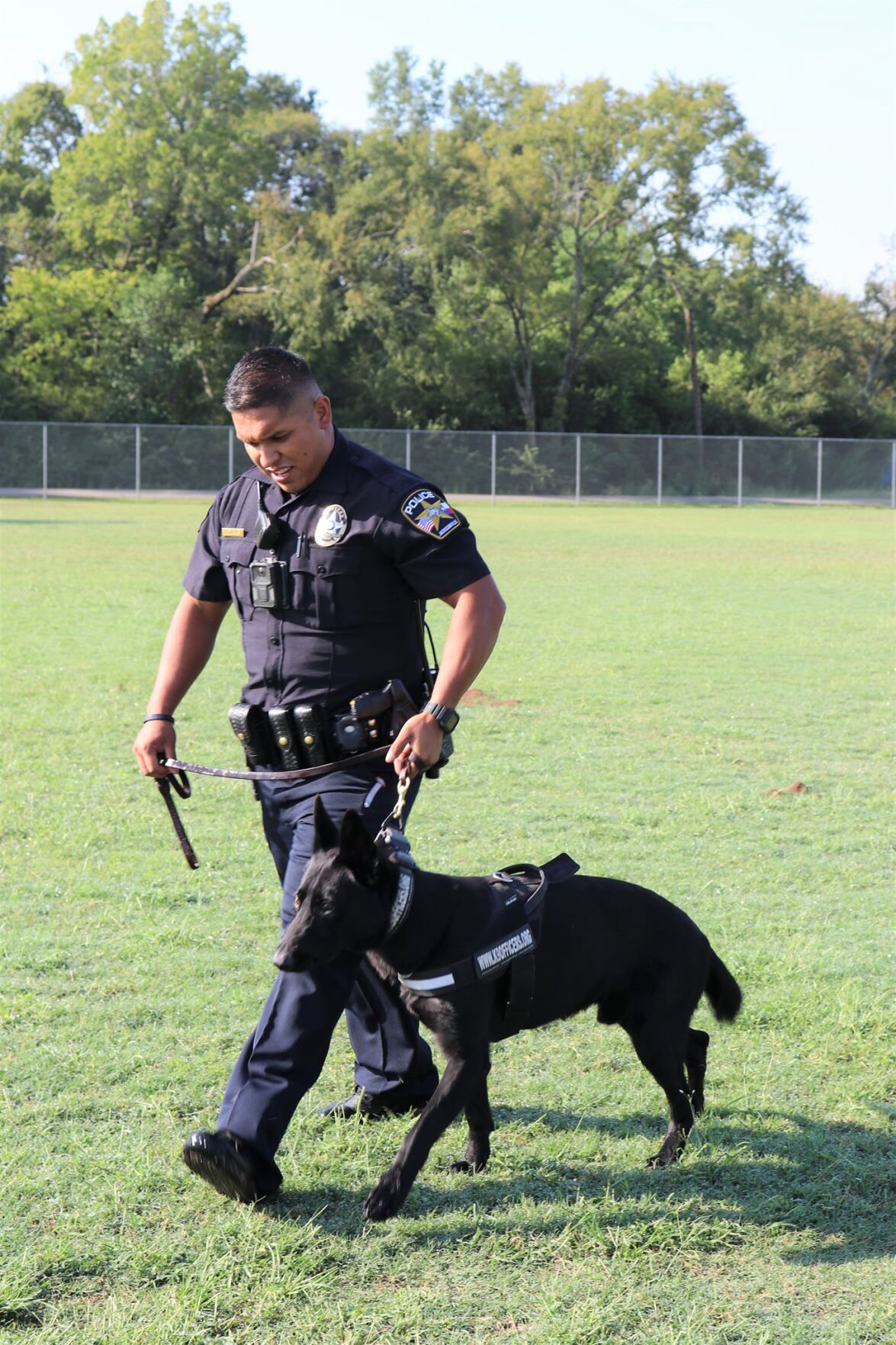 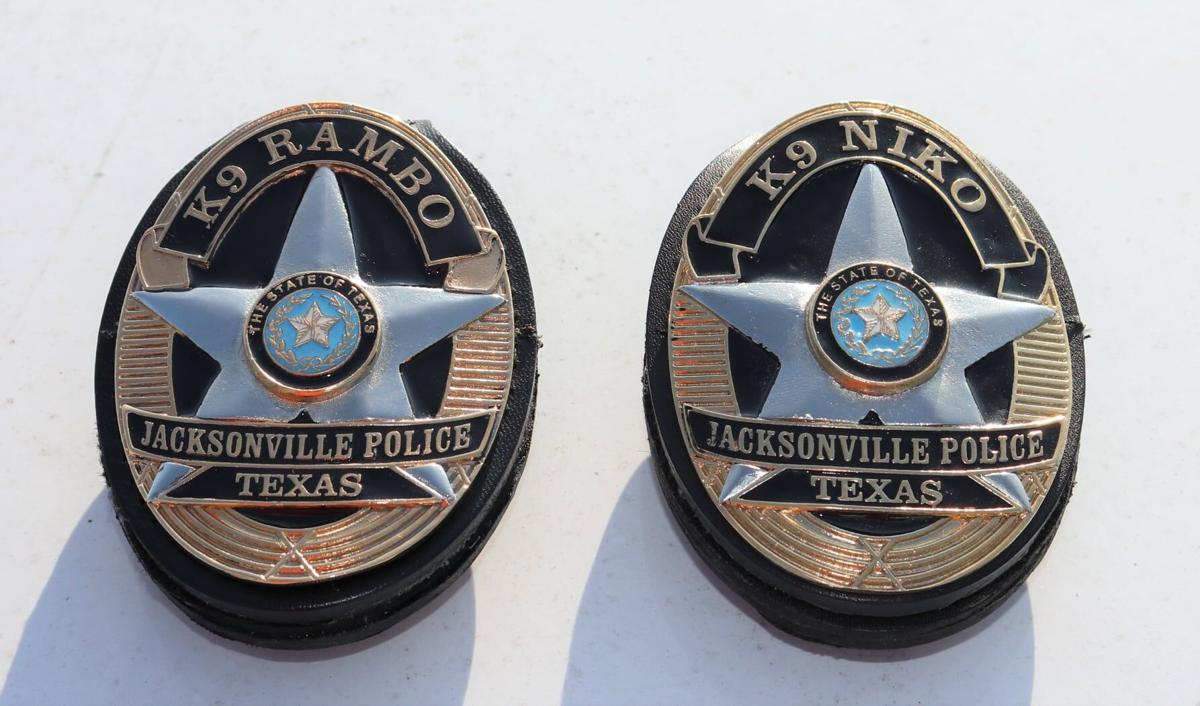 From left, K-9 Rambo and K-9 Niko’s Jacksonville Police Department badges are pictured next to each other. K-9 Niko is retiring from the police department and police officer Michael Torres and his K-9 partner Rambo are the department’s new K-9 team.

From left, K-9 Rambo and K-9 Niko’s Jacksonville Police Department badges are pictured next to each other. K-9 Niko is retiring from the police department and police officer Michael Torres and his K-9 partner Rambo are the department’s new K-9 team.

As one dog sets out on a new journey of retirement from the Jacksonville Police Department, another K-9 officer is ready to embark on a new adventure to help out his human officers.

The new addition of Rambo was made possible through a donation from K9Officers.org, a nonprofit based out of Richmond that raises funds for police K-9s, handler training and the equipment for a K-9 to perform its duties correctly, according to the organization’s website.

The K-9 Officers organization was founded by Rocky and Shannon Smith, and it provides support for both the handler and K-9 throughout the K-9’s entire life.

The Smiths visited the police department on Friday to see the transition of K-9s.

Markasky has been with the Jacksonville police since 2012. He and K-9 Niko have been ranked in national competitions.

Through Markasky’s career, he was promoted to the ranks of corporal and sergeant and has been assigned as a field training officer, special weapons and tactics team leader, canine handler, certified Texas Commission on Law Enforcement instructor and marine safety enforcement officer, according to the police department website.