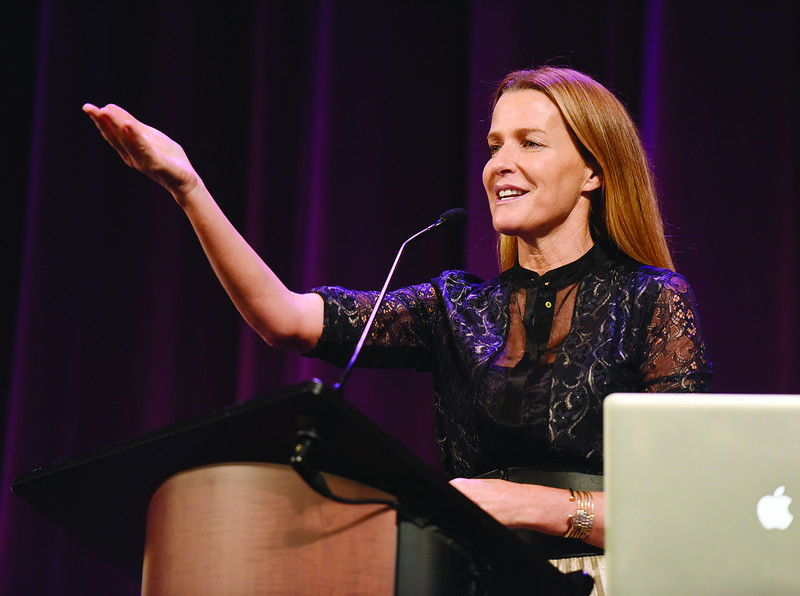 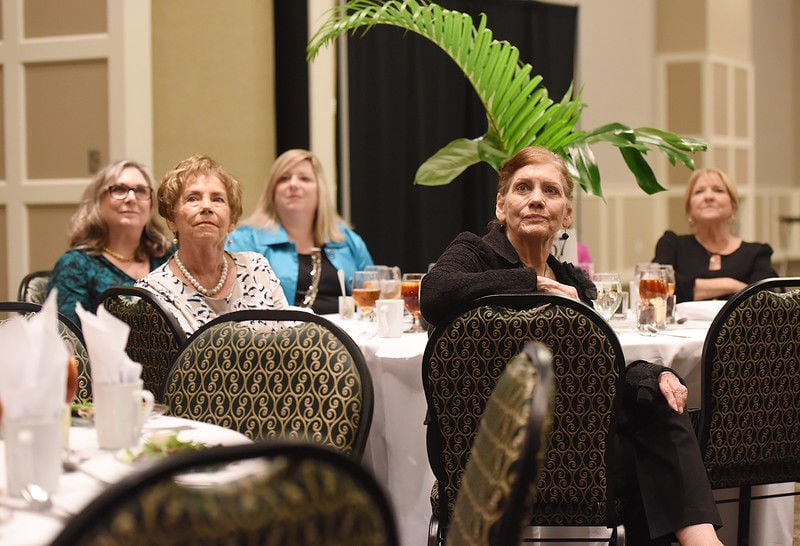 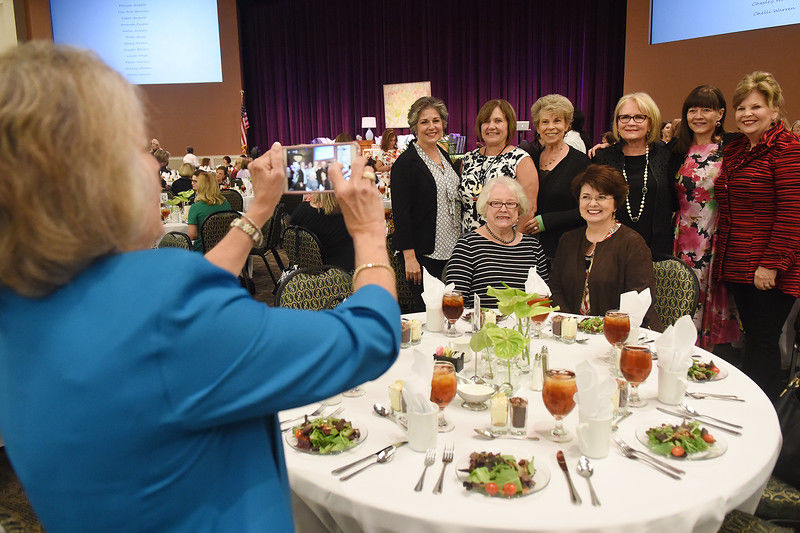 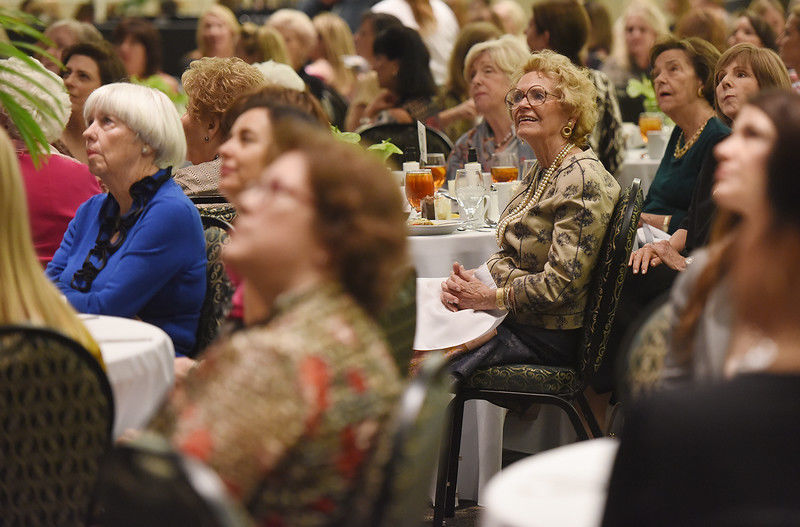 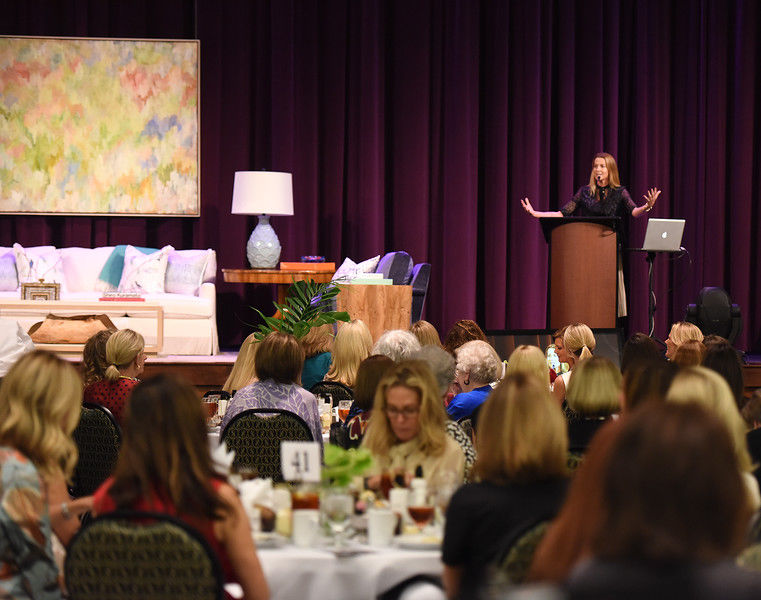 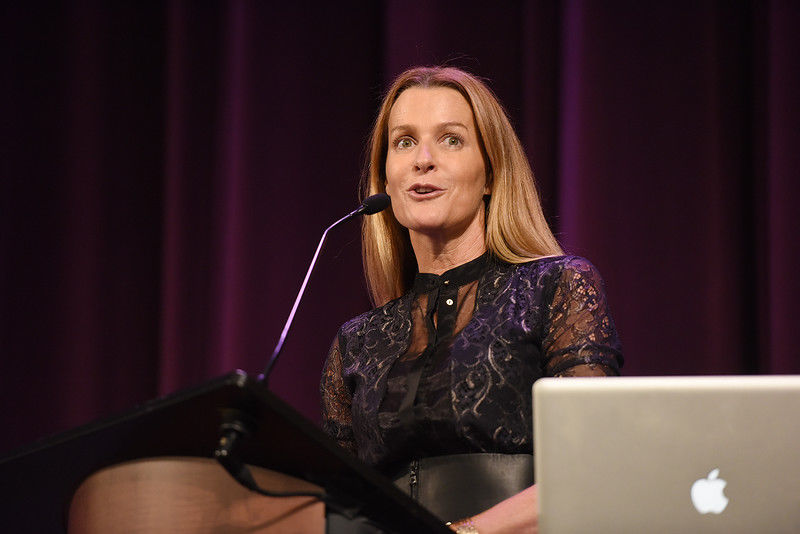 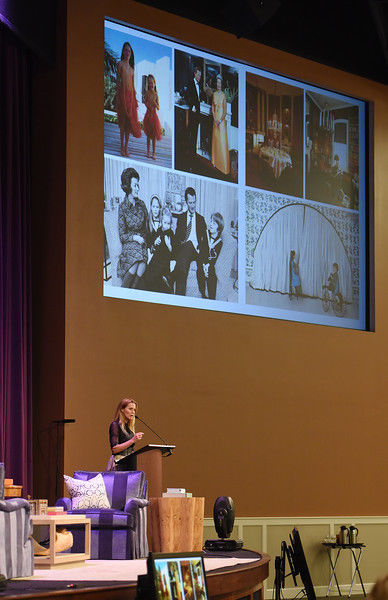 As the daughter of a famed interior decorator and British royalty, India Hicks received an education growing up whether she knew it or not.

That education came in the form of learning about design almost through osmosis - seeing what her father, David Hicks, did in terms of color and style.

Through her mother, Lady Pamela Hicks, whose father was the last viceroy of India, she learned about her family’s place in British history and the value of those connections.

But as an adult, Ms. Hicks - who is a mother of five - has forged a path all her own. She worked as a model, graduated from the New England School of Photography and created collections for traditional retail outlets, according to her website. In 2015, she started her own company.

It is a lifestyle brand named after her, and it features beauty products and accessories that draw from her British heritage and her life today in the Bahamas.

About 600 women attended the event, which was one of many taking place this weekend as part of the 83rd Texas Rose Festival.

If the guests thought they had to be on their best behavior in the presence of royalty, Ms. Hicks quickly put them at ease.

“I have a filthy sailor’s mouth, so please bear with me,” she said, garnering laughter from the crowd. “I’m (going to) try my hardest to behave.”

The jokes continued from there. She called the Texas Rose Festival “exceptional in so many ways,” and said after attending a portion of the coronation rehearsal on Thursday, she realized the dresses she and her fellow bridesmaids wore in the 1980s to the wedding of Prince Charles and Diana paled in comparison to the regalia at the Texas Rose Festival.

“I realized we weren’t even trying,” she said. “Diana, you better step it up girl.”

Ms. Hicks’ father, David, was one of the world’s leading interior decorators in the 1960s and 1970s, she said.

“He brought color into the English drawing room that hadn’t been seen for years,” she said.

Pictures highlighted the “vibrating” color scheme, as she called it, with deep reds and pinks.

After Ms. Hicks moved to the Bahamas more than 20 years ago, she and her partner, David Flint Wood, bought their house, Hibiscus Hill, and made it their own.

They bought all the furniture at a shop on Magazine Street in New Orleans and had it shipped. She said they wanted it to look more like an 1880s villa than a 1960s one. The home has been featured in numerous magazines over the years.

But its appeal is not simply in the design, though it is eye-catching, it is the setting. Harbour Island, where Ms. Hicks lives, has pink sand beaches and measures about three miles long by a half mile wide.

Ms. Hicks shared snippets of her life through pictures of the pink sand beaches, the outdoor table settings and the creative interior design.

It was in her home office that she came up with plans to launch a lifestyle brand and design scarves, jewelry and handbags.

She said someone advised her to go the direct sales route, à la Mary Kay, Scentsy and Avon, versus traditional retail. She said that route feels fresh, dynamic and strong.

Her company allows women to be entrepreneurs and stand strong on their own two feet, she said.

Women who organize events are called “ambassadors,” and the website invites women to “join our tribe.”

“It is so important to see that we’re changing the lives of women” and encouraging them to do something for themselves, she said.

Ladies’ Luncheon chairwoman Melissa Jackson said it was an island wedding that connected some Tyler residents with Ms. Hicks, and once she learned more about the Texas Rose Festival she agreed to attend.

The beetle is an important part of India Hicks’ company’s design appearing on packaging and some of the accessories. Ms. Hicks said it is a good luck creature, one that is common in her Bahaman island home and one that was different.

India Hicks is the goddaughter and second cousin of Charles, Prince of Wales, and served as a bridesmaid at the wedding of Prince Charles and the late Diana, Princess of Wales.

India got her name because her grandfather was the last viceroy of India.