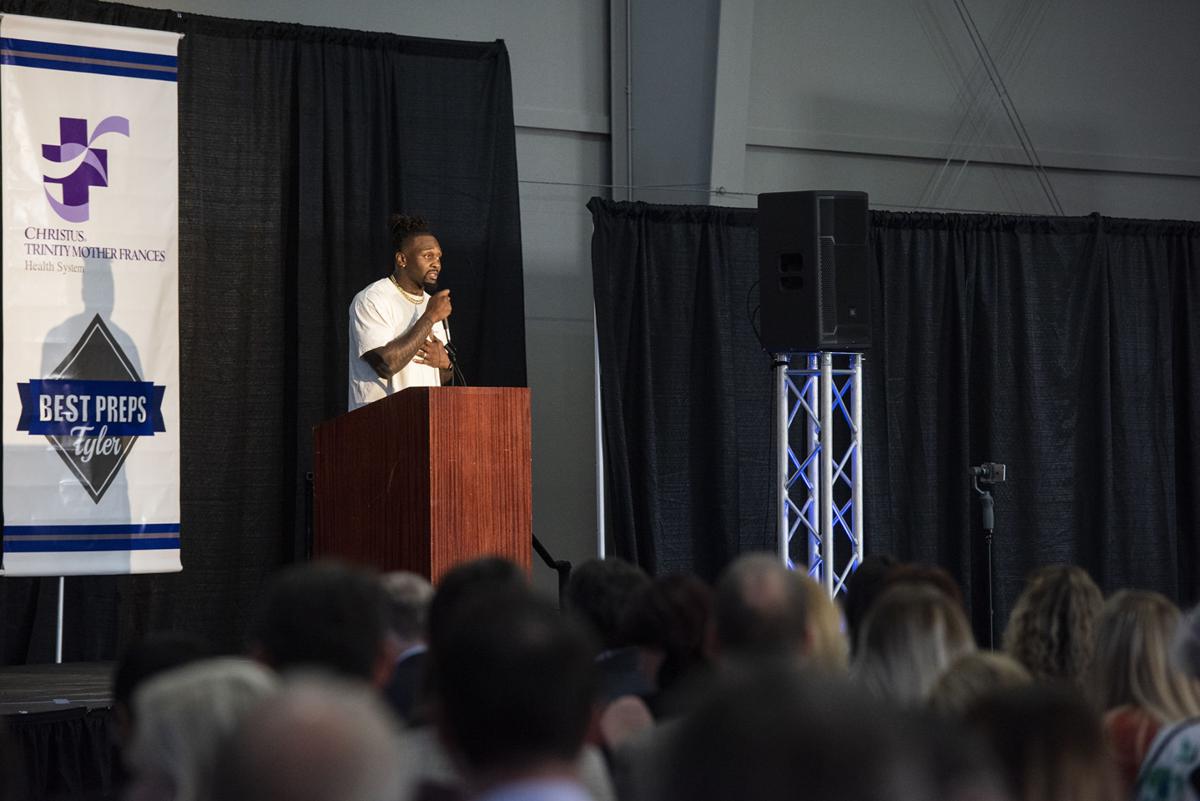 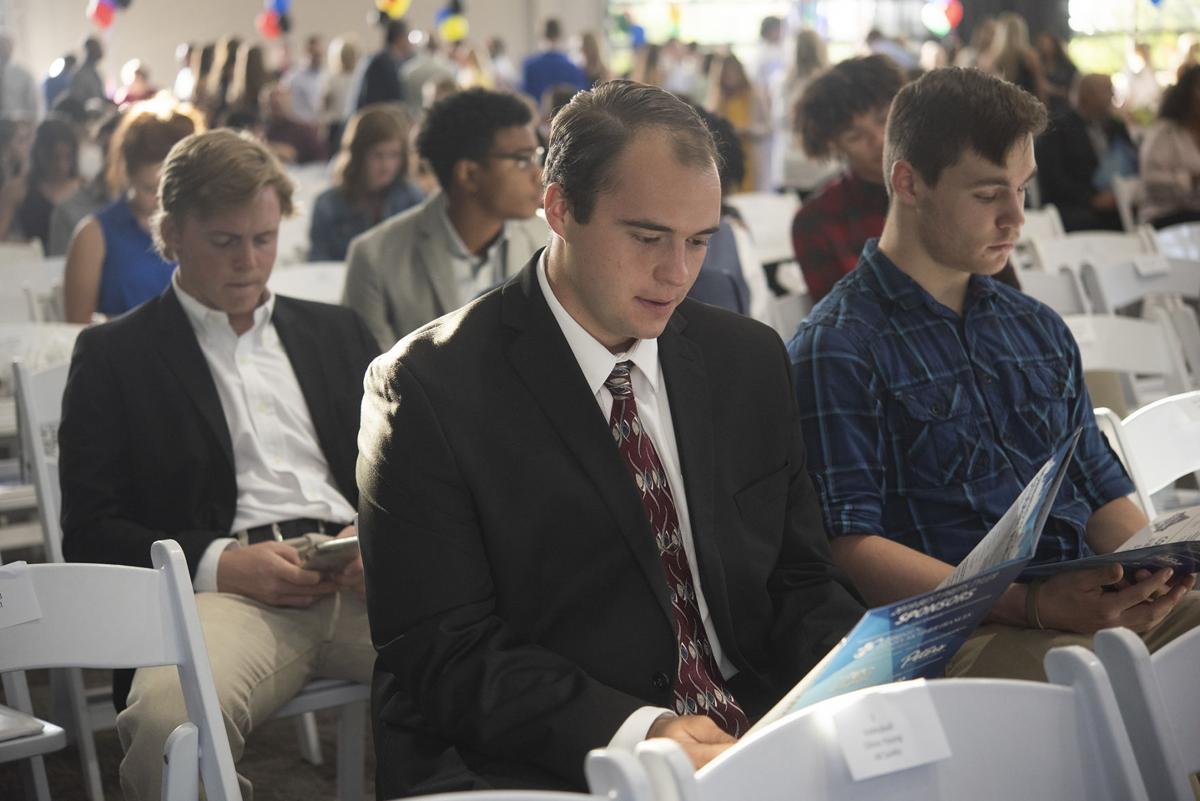 Powerlifters Johnathan Housley of Whitehouse and John Engle of Bullard look over their programs at Best Preps Tyler held on Tuesday May 14, 2019 at the Cascades. (Sarah A. Miller/Tyler Morning Telegraph) 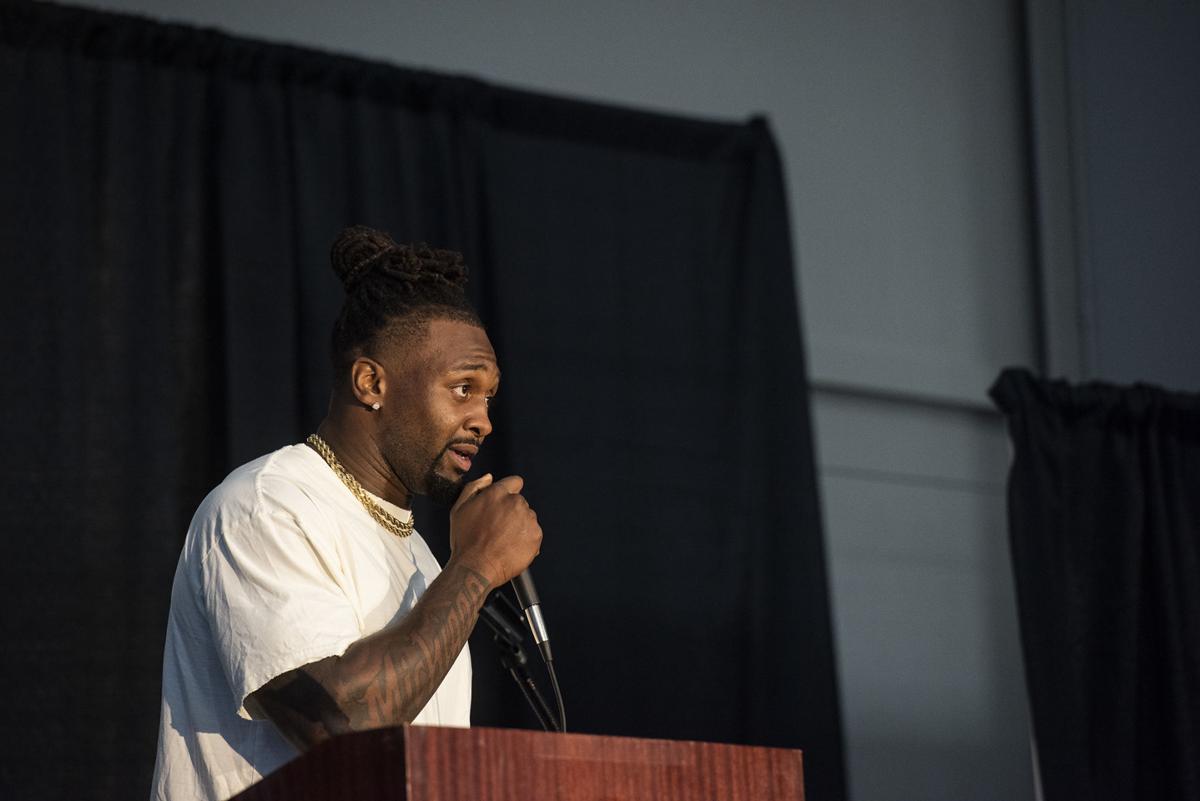 Powerlifters Johnathan Housley of Whitehouse and John Engle of Bullard look over their programs at Best Preps Tyler held on Tuesday May 14, 2019 at the Cascades. (Sarah A. Miller/Tyler Morning Telegraph)

While Dallas Cowboys safety Kavon Frazier’s performance on the field has made him an important part of his team’s secondary, some may consider his moves off the field to be just as amazing.

Growing up, he watched as his mother — a single parent living with multiple sclerosis — worked hard to support him and his sister.

“She never missed any games,” he said to the hundreds gathered for the Tyler Morning Telegraph’s inaugural Best Preps awards on Tuesday evening at the Cascades Golf & Country Club.

“She never made any complaints. She literally would drive us from game to game by picking up her leg and moving it from the gas to the brake just to stop at a red light or a stop sign.”

Having achieved success by being selected by the Cowboys in the sixth round of the 2016 NFL draft, he knew he wanted to use his platform to effect change.

In 2017, he created the Frazier Cares Foundation, which aims to serve as a helping hand to children raised in single-parent homes.

“(Athletes have) the biggest platform that basically anybody can really ever have, besides the president,” he said. “Being on America’s team it’s really important to get the message out … about grades and staying out of trouble.”

Each Best Preps student athlete had to be nominated for the honor by their coaches. The nominations were made based on each student’s grade-point average, community involvement, the impact they had on their teammates and their performance in competition.

“To the parents and coaches — you should be very proud of all the student athletes in attendance this evening,” Stephen McHaney, president of M. Roberts Media, the parent company of the Tyler Morning Telegraph, said at the event. “They have worked hard in the classroom and on the field.

“To the student athletes that are here tonight, I want you to be equally aware of the many sacrifices your parents and coaches have made to help you develop into the accomplished young men and women that you are,” he said.

A total of 21 awards were given out to nominees competing in sports ranging from powerlifting and basketball to cross country and football. Additional awards were given to students in categories such as Academic Achievement and Community Service.

No matter what honors the student athletes took home at the end of the night, Frazier hoped the students left knowing that with hard work and determination they can accomplish their goals.

“Y’all might not be where you want to be at right now, but just keep dreaming,” he said. “Your dreams might change. Your goals might change, but always set up small goals to get to that ultimate dream.”