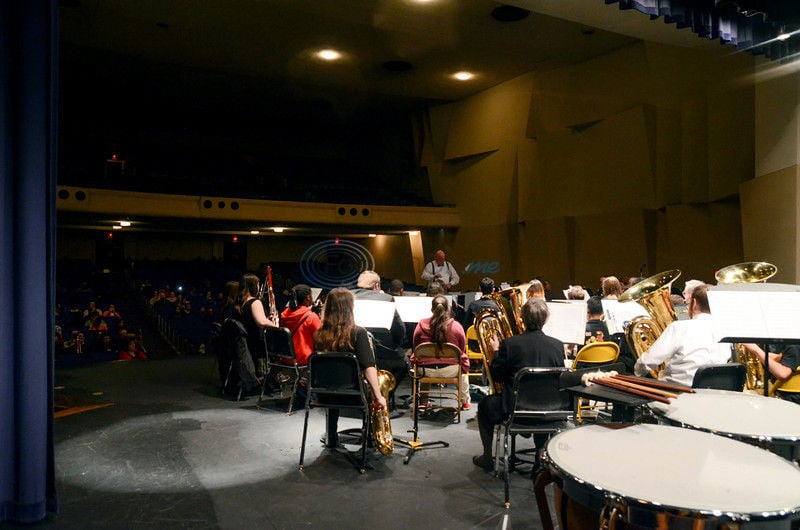 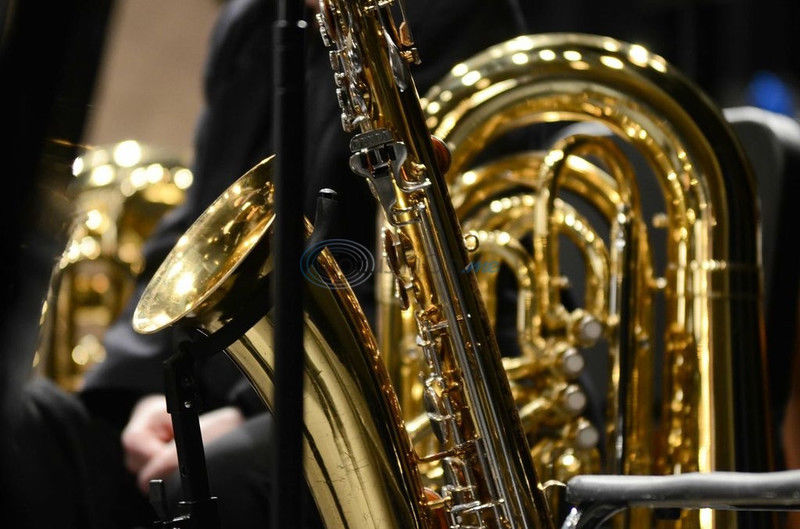 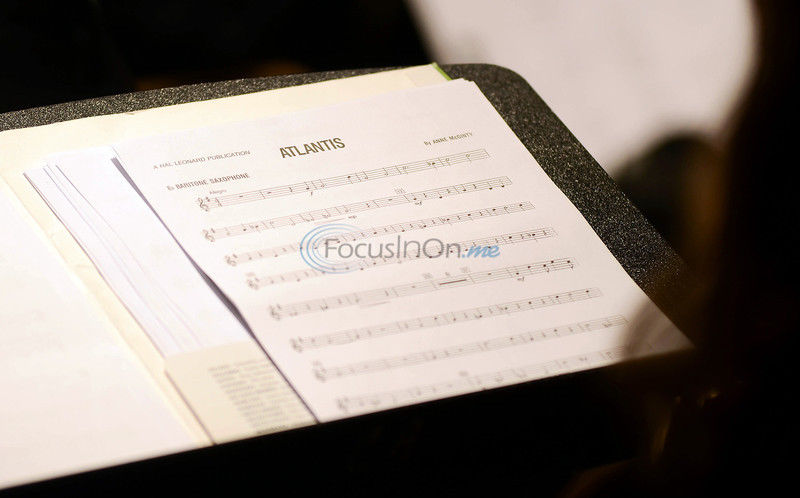 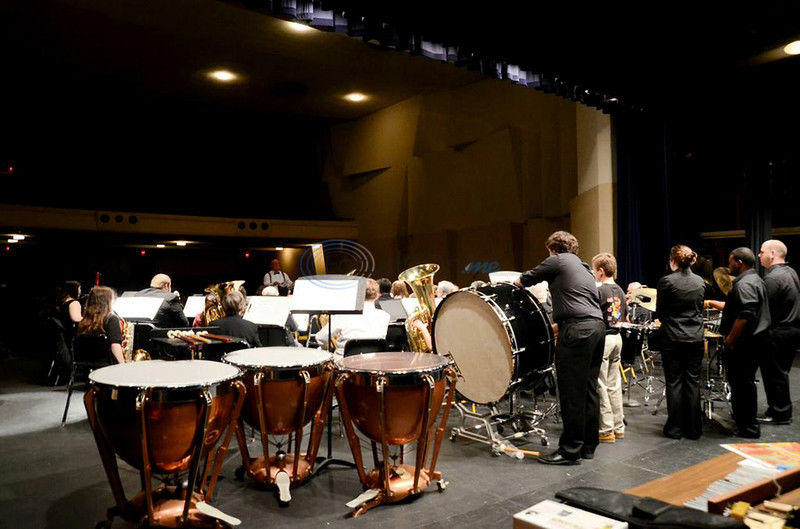 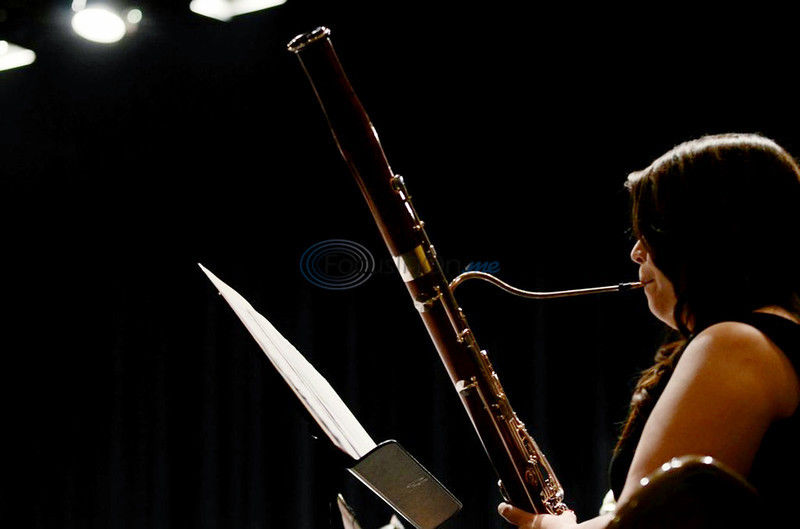 Noreen Nartia/Freelance Tyler Community Band player Sarah Bausinger plays bassoon at their Tyler ISD Side-By-Side Concert Tuesday at Caldwell Auditorium in Tyler. Students from Tyler ISD middle school bands were invited to play along with the band which played songs the schools are learning for their UIL competitions. 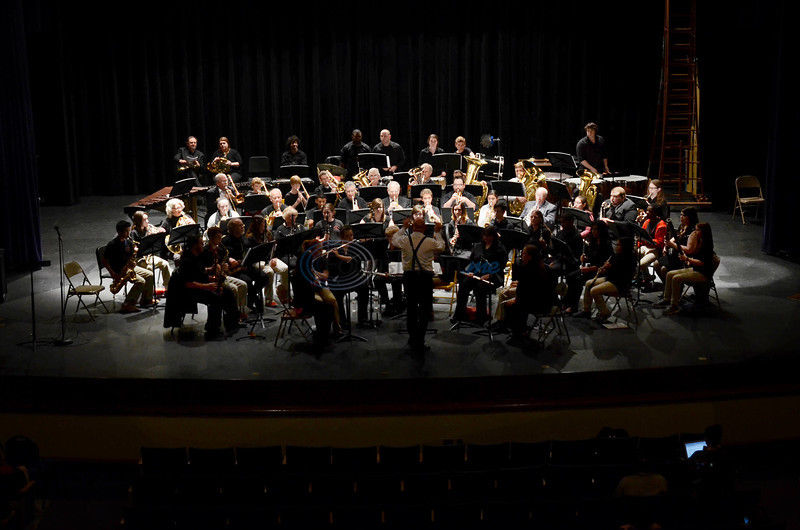 Noreen Nartia/Freelance The Tyler Community Band Members play with students from Moore Middle School to help them prepare for their concert contests on Feb. 24.

Noreen Nartia/Freelance Tyler Community Band player Sarah Bausinger plays bassoon at their Tyler ISD Side-By-Side Concert Tuesday at Caldwell Auditorium in Tyler. Students from Tyler ISD middle school bands were invited to play along with the band which played songs the schools are learning for their UIL competitions.

Noreen Nartia/Freelance The Tyler Community Band Members play with students from Moore Middle School to help them prepare for their concert contests on Feb. 24.

"It's better to play quieter on the piano parts so you sound louder on the forte parts," the 13-year-old said.

Miss Easterling was among students from several Tyler middle schools that attended the concert with the Tyler Community Band.

"It was a great experience (to hear) older mentors play their instruments," Miss Easterling said. "When we have the concert contests it will be easier for me to play now that they have shared their thoughts with me."

Tyler Community Band Director Dan Stone came up with the idea. Stone regularly works with middle school band students and thought a joint concert with members of the community band would be helpful for the middle school students.

It could provide them with an opportunity to learn and get some tips as they prepared for University Interscholastic League competition.

He said he has received a lot of positive comments about the concert and would like to do it again next year.

Sydney Kerley, 13, a flute player in Moore Middle School's seventh-grade band, said she feels more confident in her ability to play the tunes thanks to the community band members, and also picked up a few tricks.

"In our last song, there is one part where we have to transfer back and forth (quickly between notes)," Miss Kerley said. I saw them flipping their flutes out to make the sound better. I tried that and it worked a lot better and a lot easier."

The community band also performed a few of their own practiced pieces for the students, and took the opportunity to talk about college opportunities through band programs, the importance of giving weaker students the chance to play harder music, and how music can be helpful in other professions.

"I think that my French horn is my ticket to get into college," Miss Easterling said. "I have a musical background in my family, and I feel like it would be a great option versus getting an athletic scholarship. I feel like music is my one-way ticket through college."

Stone told the students that band is unlike sports because music must be played perfectly or else it is not pleasing to hear.

The band demonstrated the importance of practicing and working to perfect the music by allowing each member to make two mistakes within eight musical measures.

The band played 90 percent of the music correctly, but the end result was as appeasing as nails on a chalkboard.

"That made me think of how we played (our music)," Hubbard Middle School clarinet player Alanah Singleton, 13, said. "I want to make sure my band gets stronger. I was hoping my band was listening so we know the difference between a good and bad sound. I think it was good that they played that because sometimes we can get off track."

Middle school band directors said they were grateful the band members took the time to mentor the students outside of the classroom, and they hoped the experience would make them stronger.

"Hopefully the kids noticed that these band members were using and manipulating some of the same skills and techniques that I'm teaching them in class," Stephen Netsch, Hubbard Middle School's director of bands, said. "(I'm hoping) they notice full band musicianship and strategies."