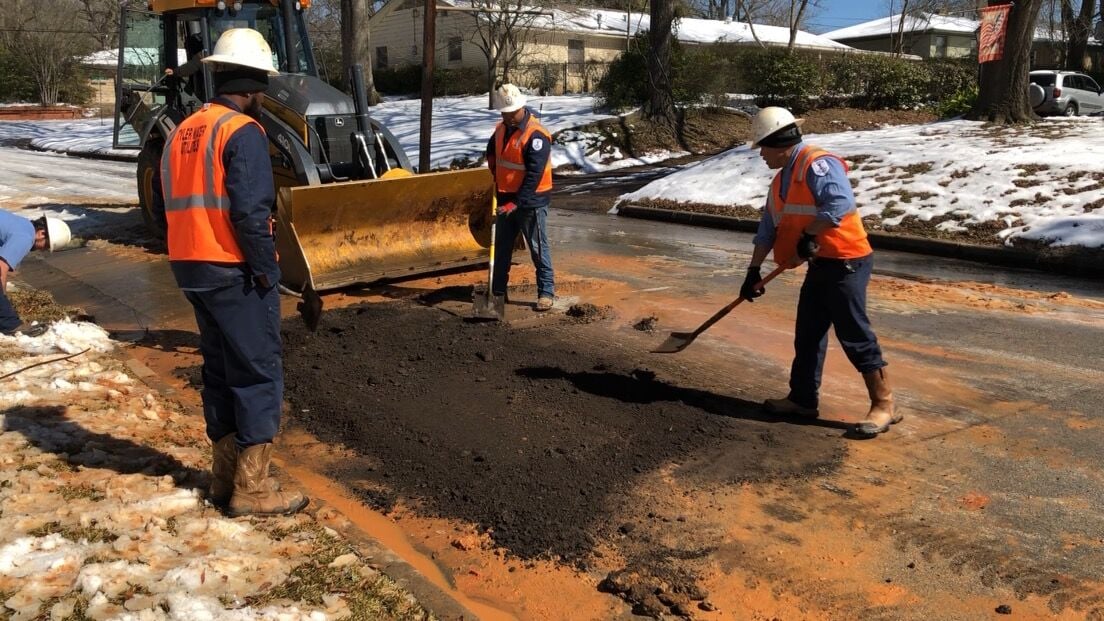 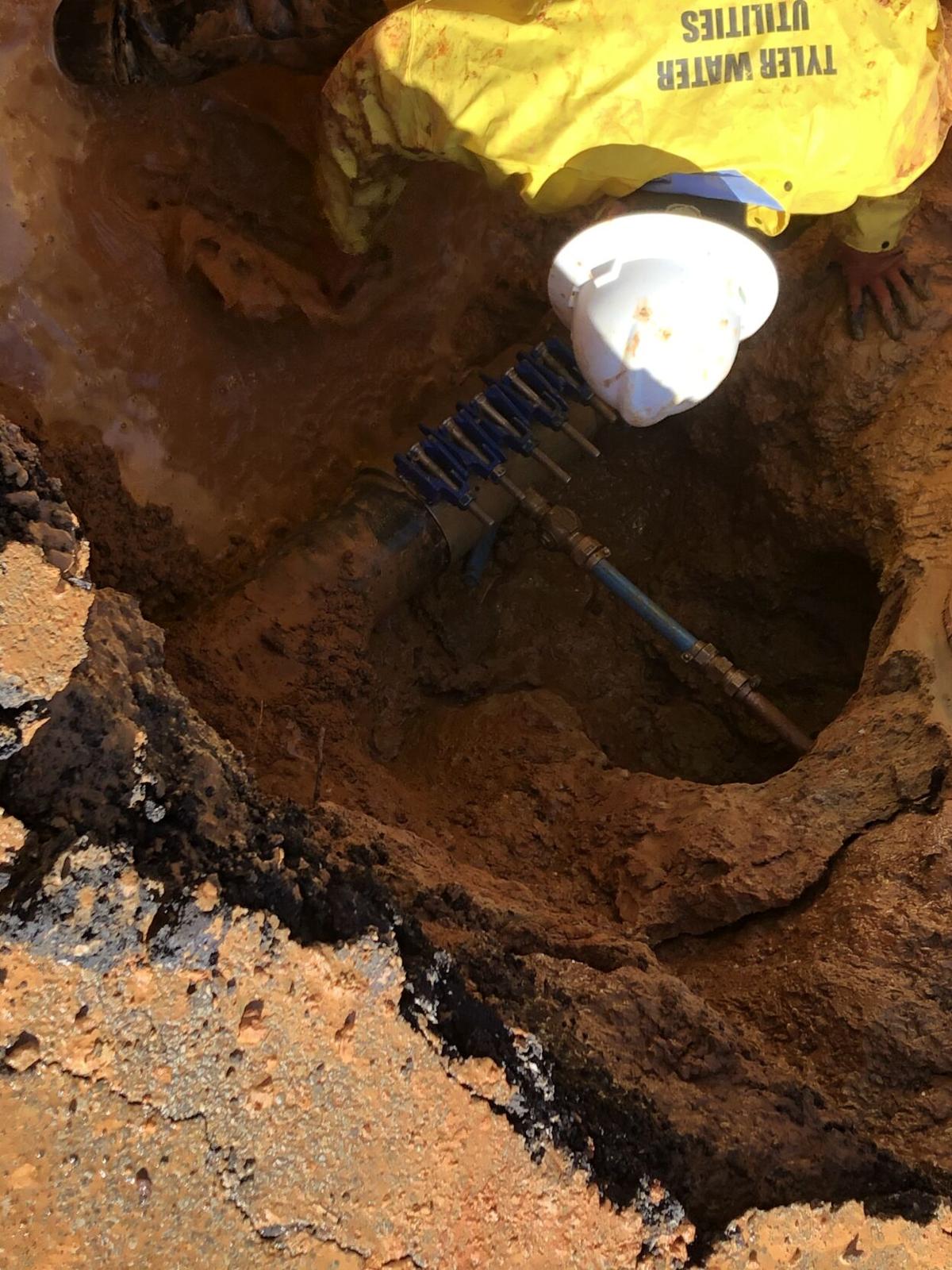 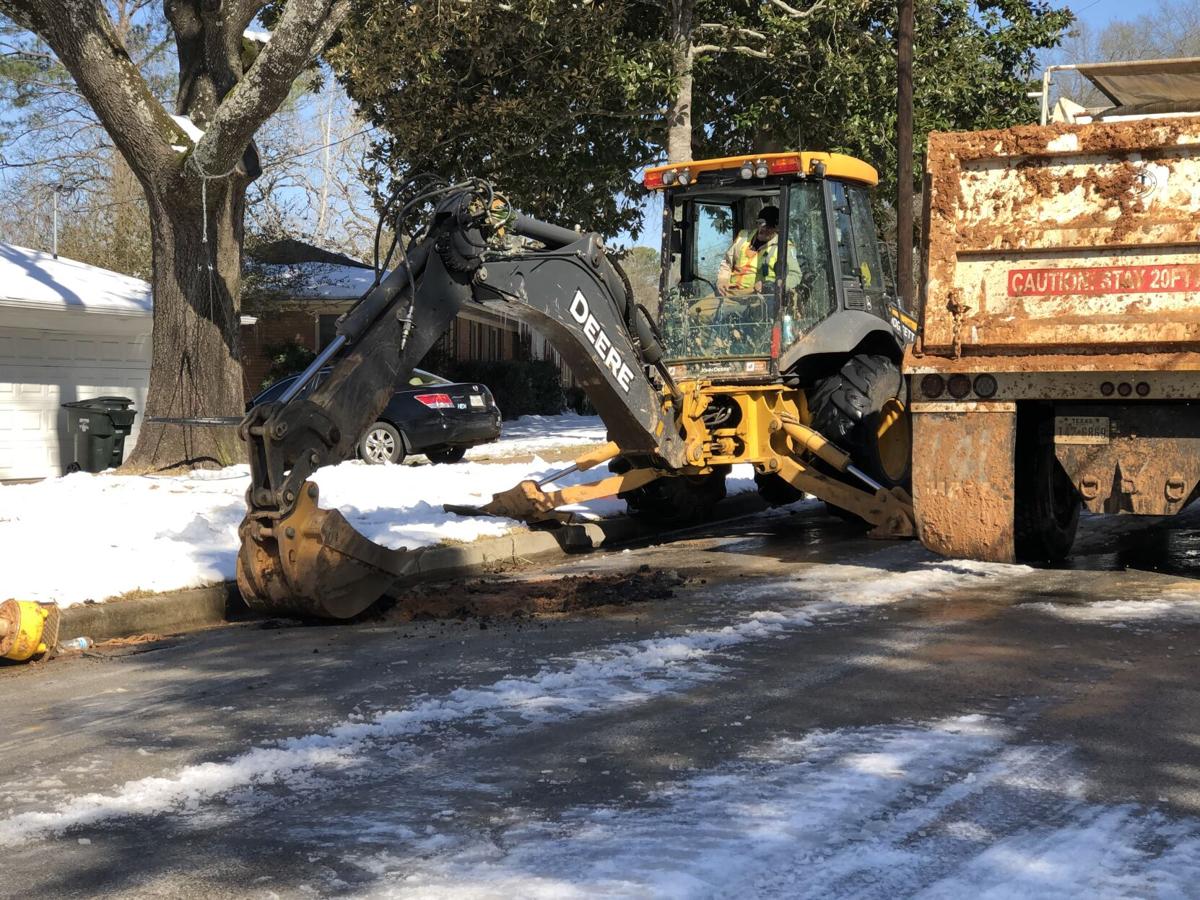 Campbell said 25 water main breaks were repaired over the weekend, while about 35 breaks were in need of repairs as of Monday afternoon.

She said the breaks occurred throughout the city, and the issues were not specific to one area.

“This week has been exceptionally challenging, but we’ve seen the whole community pull together,” she said. “Crews worked 24/7 to make sure life and safety were protected. It was a team and community effort to conserve water so the hospitals could continue to stay open and treat patients.”

After lab samples of the city of Tyler water were taken Monday morning, the boil water notice is expected to be lifted Tuesday.

According to the city of Tyler on Monday, the lines have been flushed and lab testing is expected to take 18 hours. Once the boil water notice is lifted, residents should flush their lines for 15 minutes.

The city will send out a notification when the boil notice is lifted.

The water boil notice was issued on Feb. 17 after rolling blackouts at the Lake Palestine Raw Water Pump Station caused the Lake Palestine Water Treatment Plant to become offline. This caused low pressure and the need for residents to boil water.

In preparation for the winter storm, Campbell said city officials requested through Oncor that the water plant not be included in the rolling blackout.

“The water treatment plant staff ordered chemicals and confirmed receipt, checked generators and continuously checked fuel levels and reserves,” she said. “The city monitored the weather and departments began inspecting equipment, ordering supplies, planning shift schedules and set up a communication tool which kept key leaders in constant contact with each other.”

She added that staff prepared buildings for the storm and the street department planned routes for de-icing. The traffic and signals department prepared stop signs and generators in case of outages. Facilities were also set up buildings for staff to stay overnight due to road conditions.

Customers experiencing water loss should contact the Golden Road Water Treatment Plant at (903) 597-6541 after-hours. The city’s service center will be partnering with private contractors to assist with repairs this week.

“We will be working throughout the week to take care of streets and roadways. TWU crews will continue to work on water mains,” Campbell said. “Water and wastewater treatment plant operators worked and even stayed at the plants to make sure water continued to flow which allowed the hospitals to remain open. This was a team effort by the city staff, and it will continue to be as we go into the recovery phase.”

Mayor Don Warren and City Manager Ed Broussard spoke with other local, county and state officials to share resources for clearing streets and roadways. City officials worked with local vendors to get supplies and fuel as well as faith-based organizations to set up warming centers, she said.

“We will do an after-actions and lessons learned analysis to determine best practices and improvements that can be made to our processes,” Campbell said.