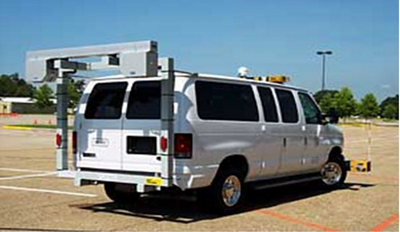 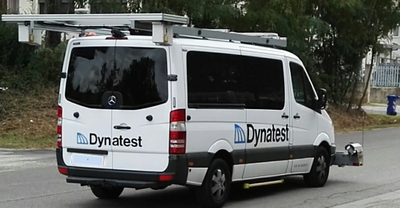 On Wednesday, the Tyler City Council approved hiring Dynatest North America Inc. to physically drive each one of its streets, analyze them and assign a numerical ranking.

The vehicle is a white van with gadgets in front of and behind it. A bar in front of the bumper will scan the road for any ruts or divots in the roadway, which can cause skidding in inclement weather. A set of cameras on the back will take two sets of photos to evaluate the amount of cracking and the depth of those cracks.

The van will drive all of the city’s 650 miles of road.

Based on the information, each street will then be given a rating, called a pavement condition index or PCI, from 0 to 100. A newly paved street is rated at a 100 on the scale. That ranking is used to determine what roads are upgraded annually, and what treatment is used.

The evaluation will take roughly six months and cost $143,800.

This is the second time the city has had a third party evaluate its road infrastructure. A separate firm was hired in 2013 to do the same evaluation.

The information will give the city a second data set to make more informed decisions on what roads to upgrade annually, how weather is affecting the road system and whether the city’s use of funding is improving the road system.

The move is part of a larger goal to maintain the city’s road infrastructure.

Since 2013, Tyler has moderately increased the amount of money it spends on its roads, including its seal coat program and for asphalt overlays.Since the current improvement plan was implemented in 2013, the city has increased spending on its roads by $754,421, but has seen the overall PCI decrease from an 80 in 2013 to 78 last fiscal year, according to the city.

This fiscal year, the City Council approved a tax increase from 22 cents to 23 cents per $100 property valuation.

The extra penny will be dedicated to road maintenance projects, specifically seal coats and sealing cracks in roads. Asphalt overlay projects will continue to be funded though the half-cent sales tax fund and not through the general budget.The funds collected through the 1-cent increase will get their own fund, No. 103, or the Street Improvement Fund - and will only be used for such road repairs.In its first year, the additional tax is expected to generate about $663,000, and will pay for 32 lane miles of roadwork.

Staff recommends aiming to maintain that PCI rating of 78 through its seal coat and asphalt overlay program.

Previous to 2013, city staff manually evaluated its streets. A staff member would drive each road and assign a grade of A, B, C or D to the road.