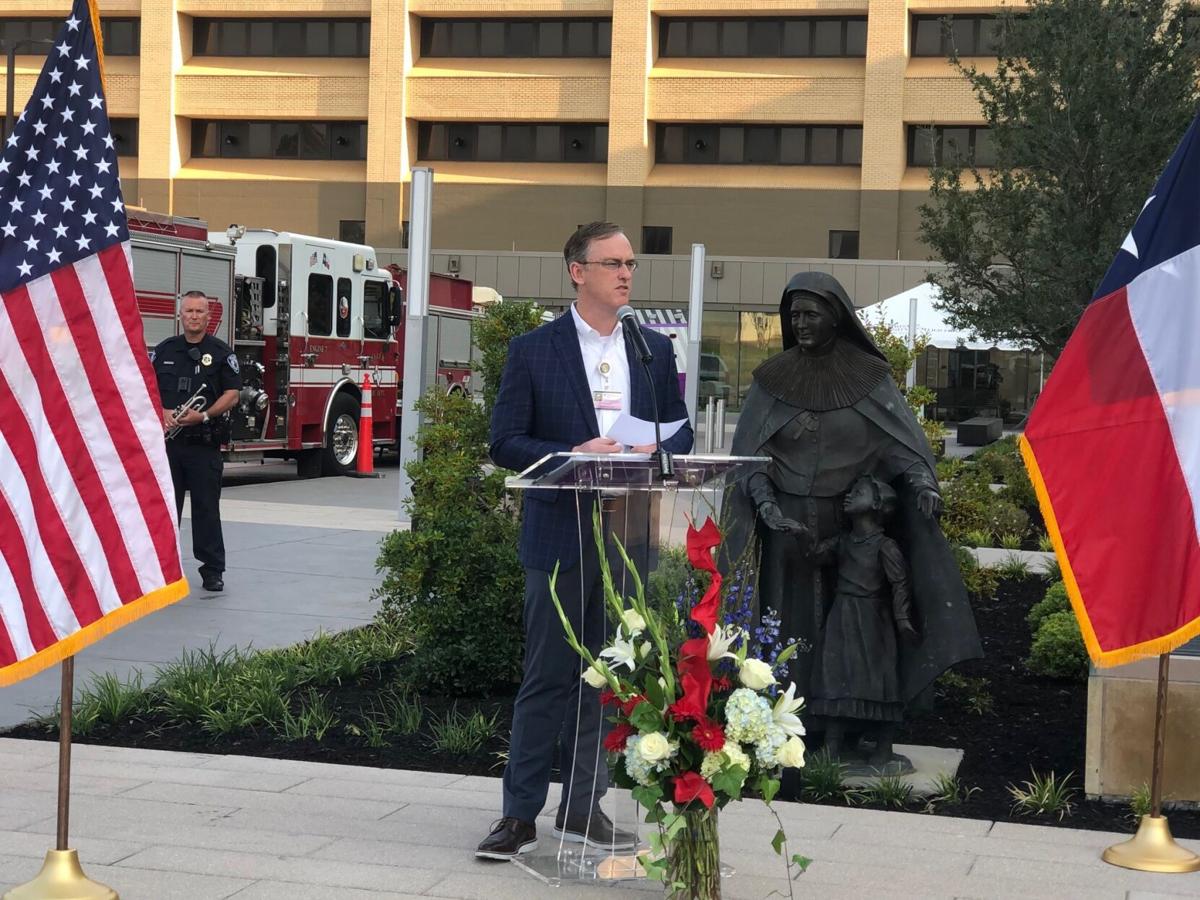 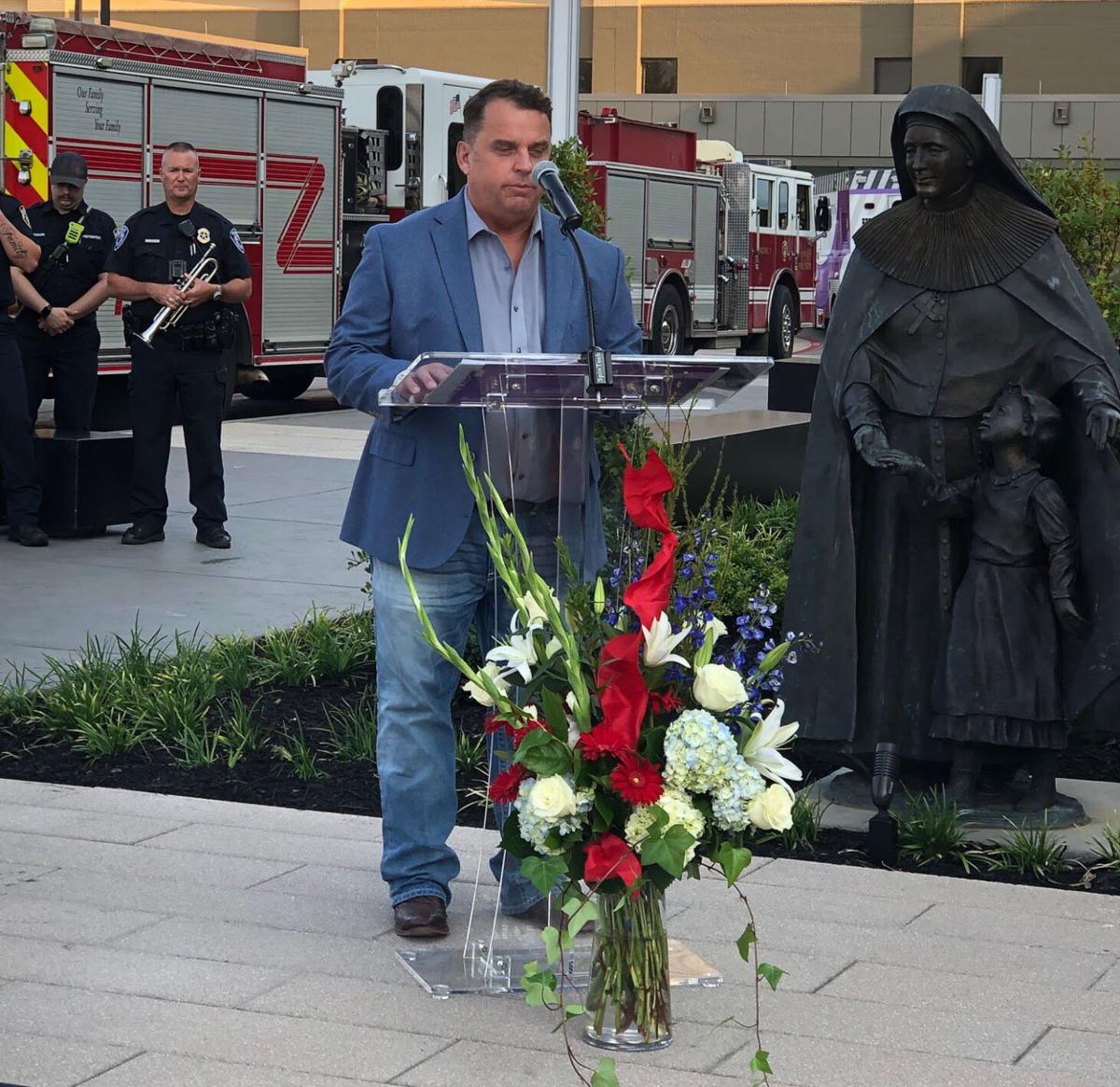 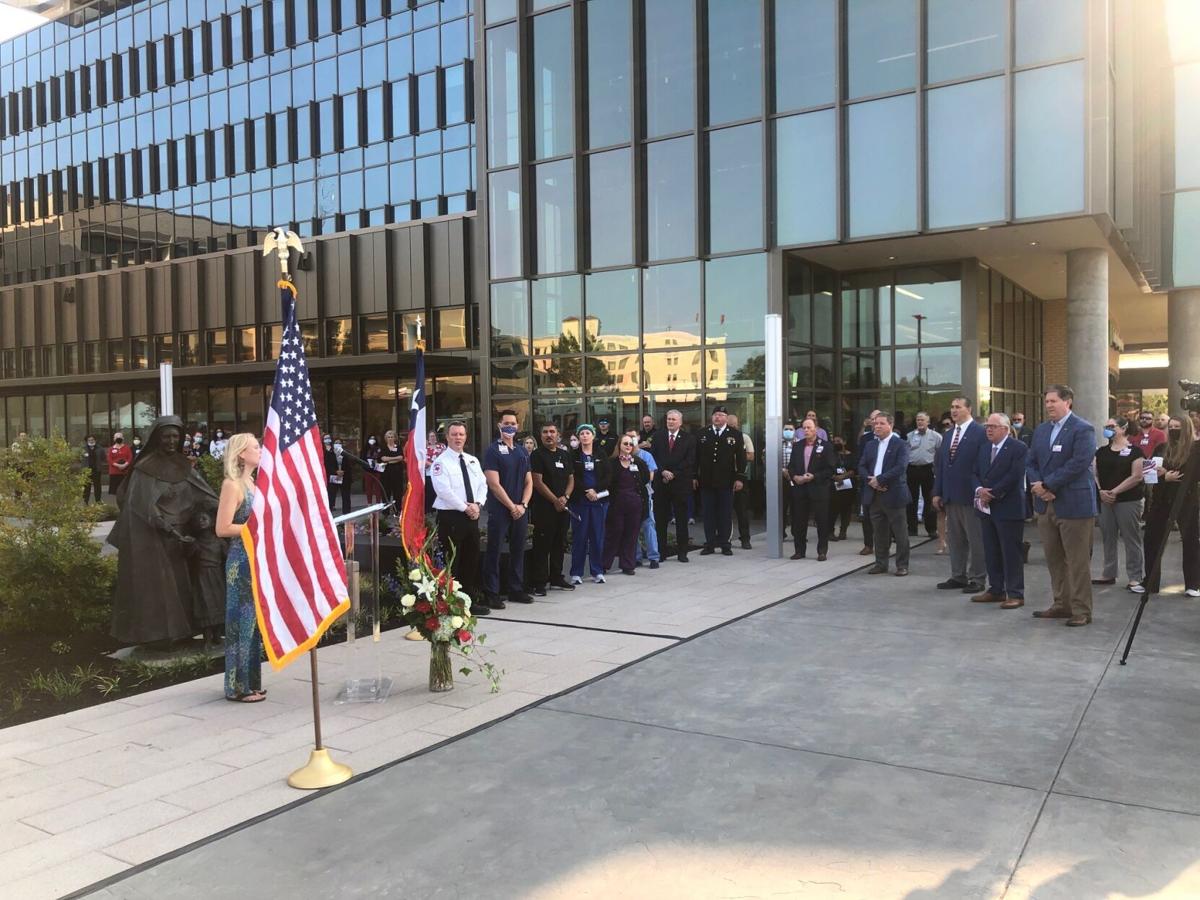 With prayer and words of recognition, Christus Trinity Mother Frances Health System paid tribute on Friday to the nearly 3,000 people who lost their lives and first responders who helped after the Sept. 11, 2001, terrorist attacks.

At Christus Mother Frances Hospital in Tyler, health care workers and local officials recognized each of the flights that were hijacked and crashed during the four coordinated terrorist attacks.

Following recognition of each of the flights and the falling of the towers, a prayer was said asking for God’s protection and in honor of the lives lost.

Jason Proctor, president of Christus Mother Frances Hospital, said it’s important to always remember what happened on that day and those at CMF will never forget.

“Like a lot of you I can remember exactly what I was doing, where I was standing when I found out about the attacks on that Tuesday morning, 9/11,” Proctor said. “But I tell you I have no memory at all what I did on Sept. 10. I had no idea what I was doing just a day before.”

Tyler ISD Superintendent Dr. Marty Crawford gave a statement in honor of Dr. Bryan C. Jack, a Tyler ISD alumni and namesake of Bryan C. Jack Elementary in Tyler. Jack, director of the programming and fiscal economics division in the Office of Program Analysis and Evaluation in the Department of Defense, was killed during the terrorist attacks.

He was a passenger on American Airlines Flight 77 when it crashed into the Pentagon just roughly 200 feet from his office.

“He was traveling to the naval post-graduate school in Monterrey, California to deliver a lecture. Dr. Jack was 48 years old. Dr. Jack was an outstanding Robert E. Lee High School graduate,” Crawford said. “He was voted most likely to succeed by the class of 1970. He was president of the student council, a National Merit Scholar and a Presidential Scholar (one of only two chosen from Texas in 1970).”

Jack and his debate partner won first place in 1970 in the Texas UIL 4A debate championship. He was the highest-ranking male in his class and was named the most outstanding student in both math and science.

He was the son of James and Helen Jack, who were Tyler ISD educators. The elementary school named in his honor opened its doors in 2007, and students celebrate Patriot Day every year in remembrance of Jack.

“May the school we affectionately call Jack produce an eternal supply of patriot students that exemplify Dr. Jack’s character and unconditional love for his country,” Crawford said.

Chris Glenney, Christus Trinity Mother Frances Health System president and CEO, said 9/11 was a day that changed the landscape of America and evoked emotions of heartbreak, anger and fear worldwide.

“This moment in time showed us the freedom and security that our great country provides to us can be so easily taken for granted,” Glenney said. “But it also united our country and reminded us all how truly blessed we are to live in the United States of America.”

“May we never forget how our country was attacked,” Glenney said.