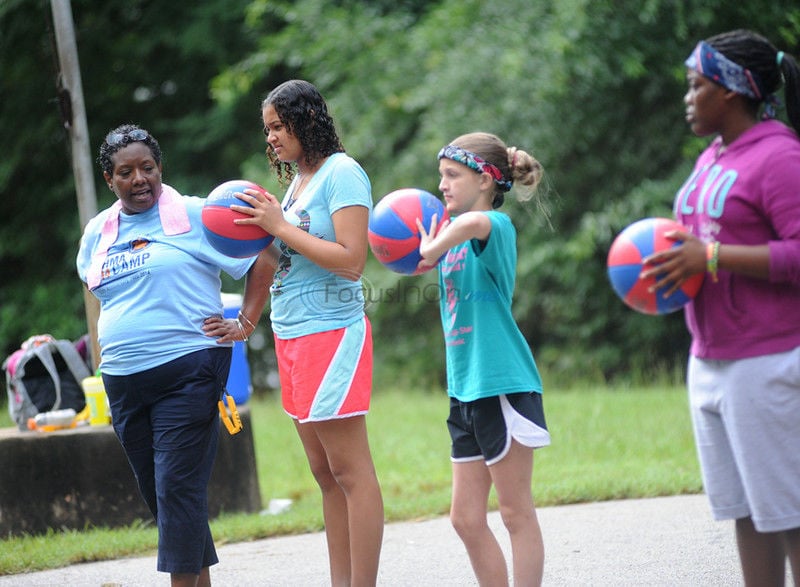 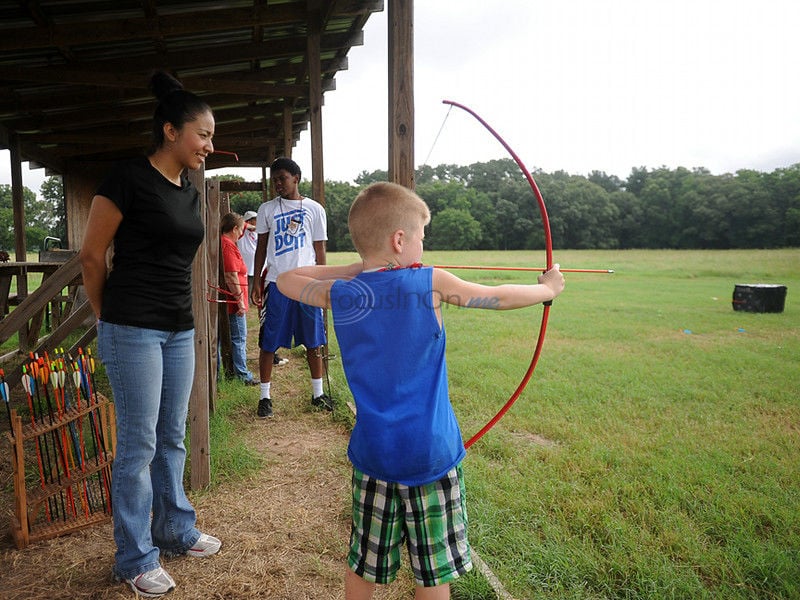 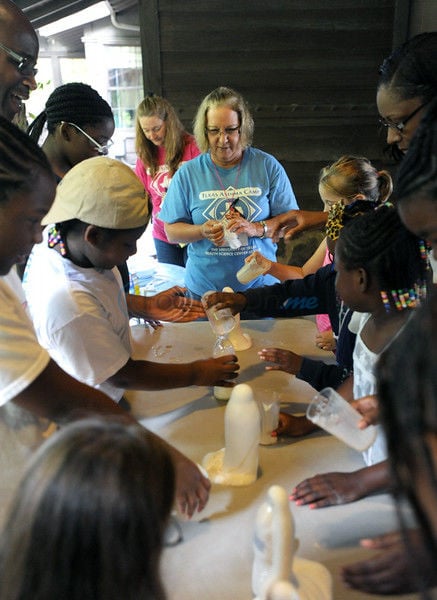 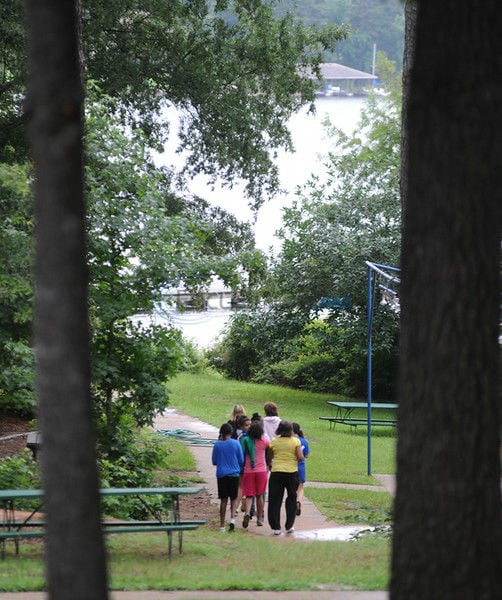 Asthma doesn't have to hinder summertime fun, and it won't for area children ages 7 to 14, who gathered at Camp Tyler this week for the annual Texas Asthma Camp.

More than 50 children, like 8-year-old Colton Cowart, of Winona, learned what triggers their asthma, how medications work, and how better to manage their condition.

The severity of the campers' asthma ranges from minor to those who are taking multiple medications.

The children enjoyed several activities during the weeklong camp, which included water sports, fishing and archery.

Colton, like the other kids, carried a rescue inhaler in a small orange sack around his neck. He and the other boys were scientific in their approach to archery, giving each other tips on how to hit the bull's eye on a target.

Throughout the camp, he's learned "how bad (asthma) can get."

His asthma triggers are pollen, horses, cats and peaches.

"I try to keep calm," he said, thinking of how he reacts to an attack.

Health officials said children who attend asthma camp miss fewer days of school and have fewer emergency room visits and hospitalizations during the following year than children who don't go to asthma camp.

One reason some children might have trouble coping with asthma is because they have little or no access to a primary care provider, who can give them the education and proper treatment. In some cases, an emergency room may be the only resource during an attack.

But the camp goes beyond what doctors do in the emergency room.

"I think it's a good learning experience for the kids but it also reminds us the importance of teaching children about any disease process — really teaching kids to take their lives in their own hands and being responsible," said Tracy Drake, the camp's nurse educator.

Ms. Drake has participated in the camp for 21 years. Through those years, she's bumped into former campers, who have successfully managed asthma.

The campers this week learned about asthma through question-and-answer games as well as hands-on demonstrations.

Nancy Starkey, nurse director, led the children in experiments, which helped them to visualize the gooey mess that happens when asthma is triggered.

She used water and yeast to represent the trigger and mucus in lungs was represented by dishwashing liquid and hydrogen peroxide. When mixed, it bubbles over uncontrollably, creating even more "mucus."

"When you have a trigger, it can cause inflammation in your lungs and inflammation produces mucus, which is part of what gives them so much trouble when they get mucus in their airways," Ms. Starkey said.

"The important thing is that they can be a normal kid — that they can do all of the things that other kids can do," Ms. Drake said. "If you take your meds on a regular basis like you're supposed to you can do anything you want to do in life."

The camp has been operating for 30 years and is underwritten by the Texas Chest Foundation. It's the oldest camp for children with asthma in Texas. Since 1985, more than 3,000 children have received tools to help control their asthma.

"The fear of the Lord is the beginning of wisdom, and knowledge of the Holy One is understanding." (Proverbs 9:10)