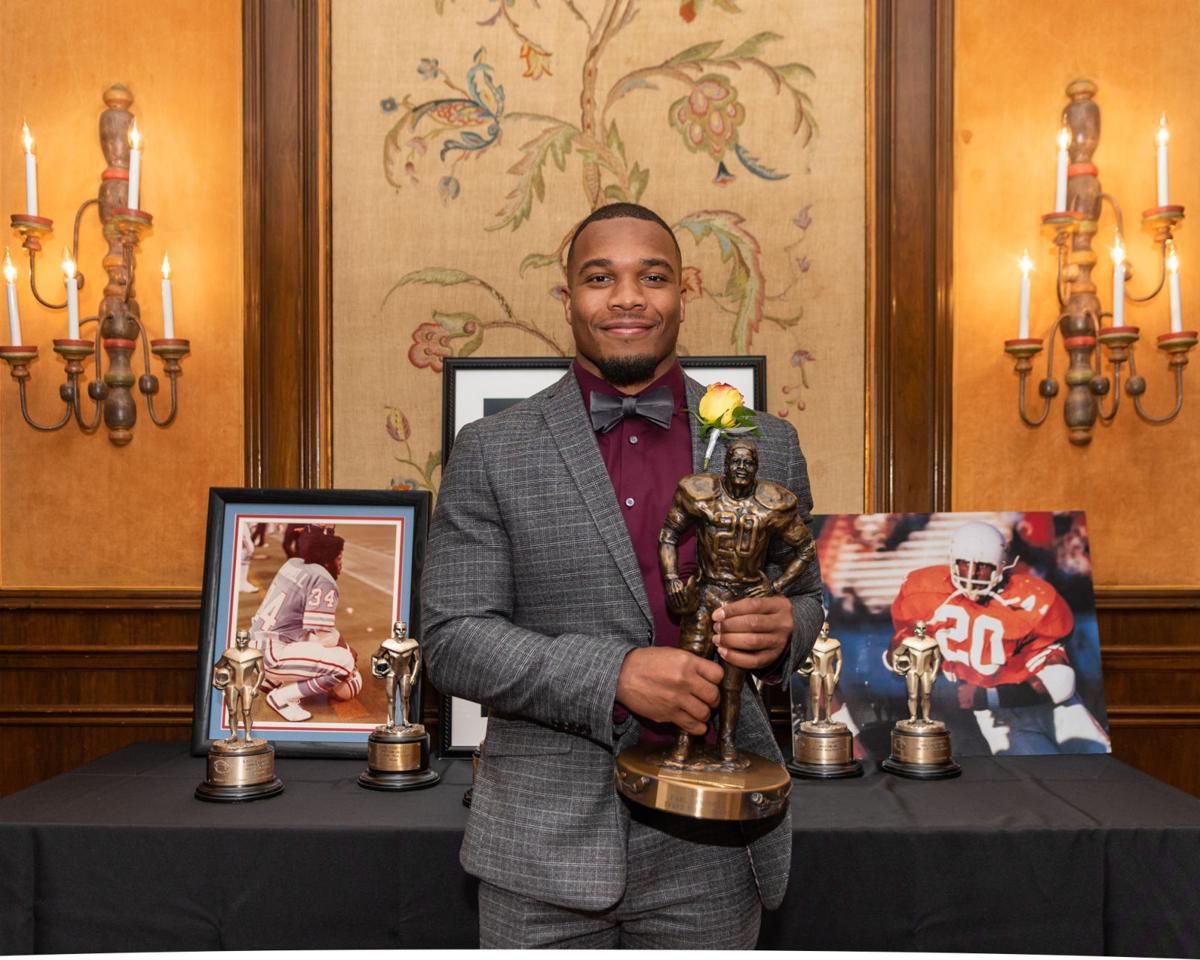 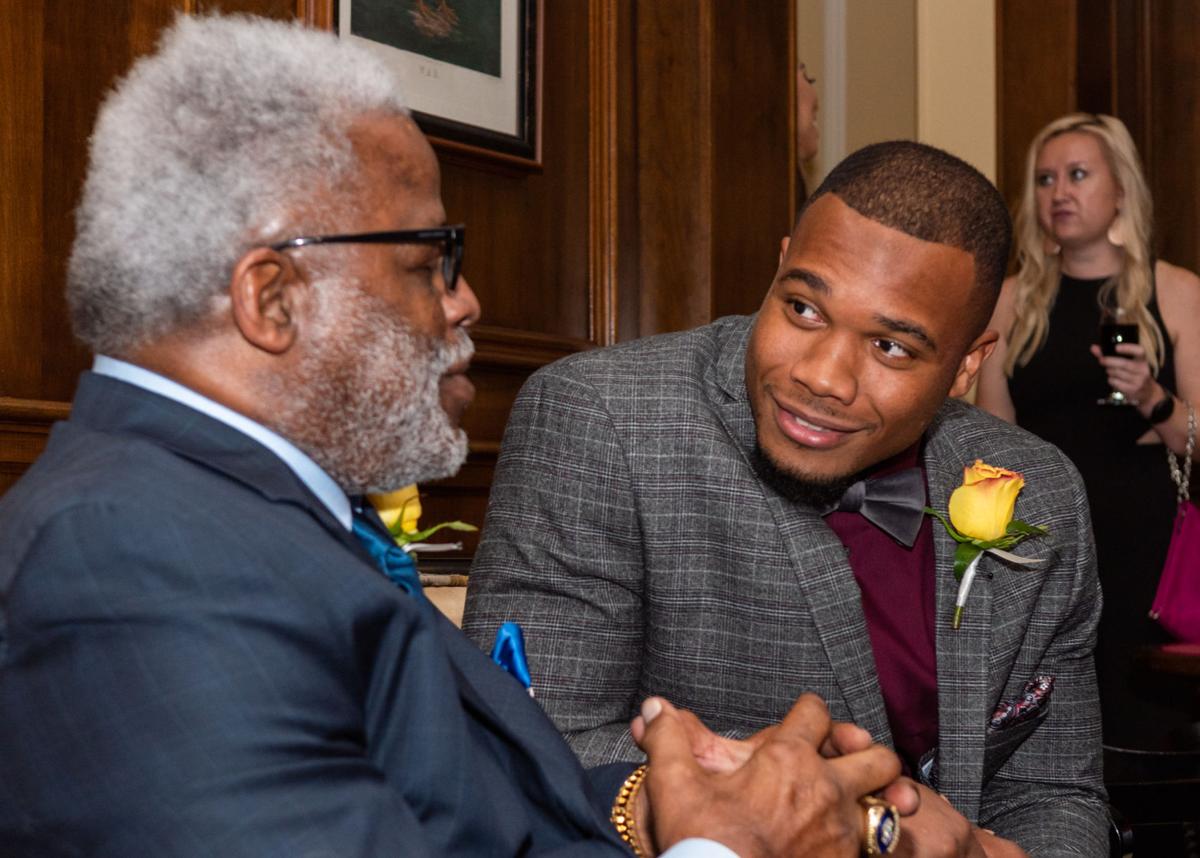 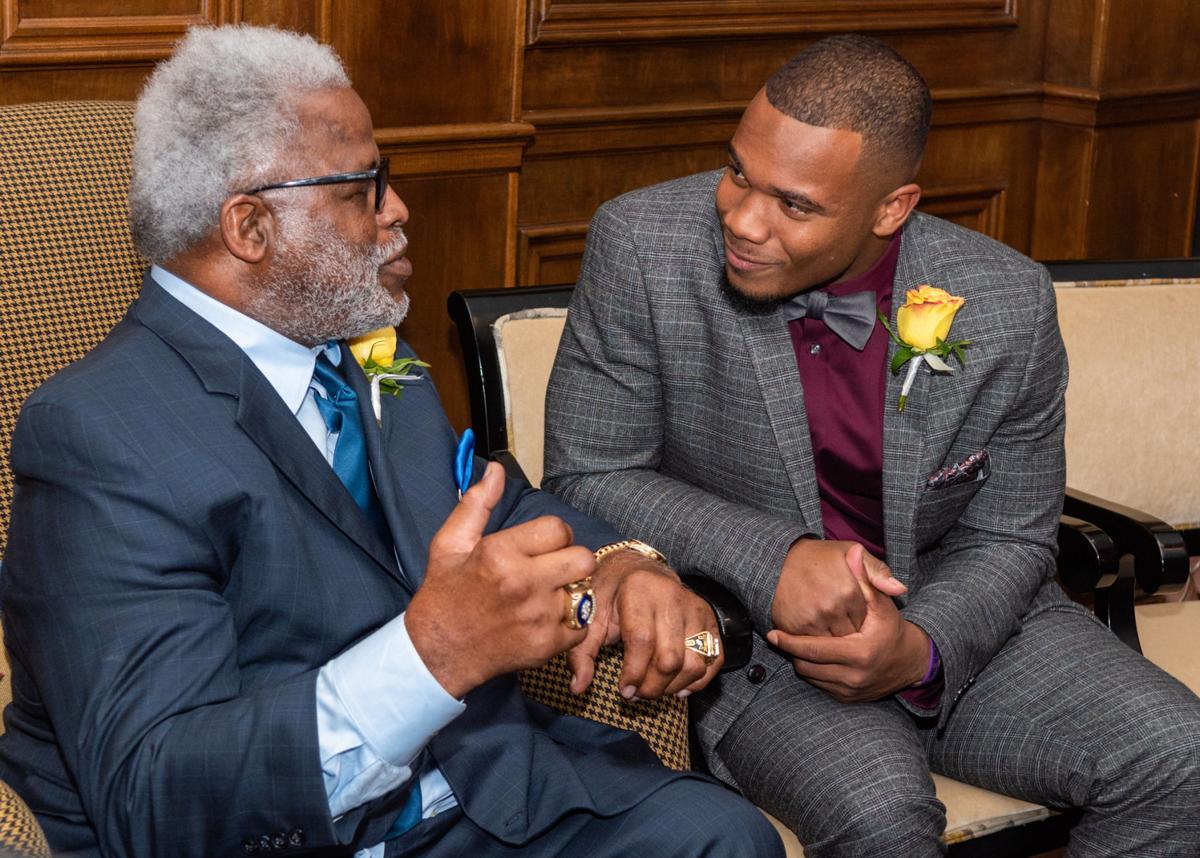 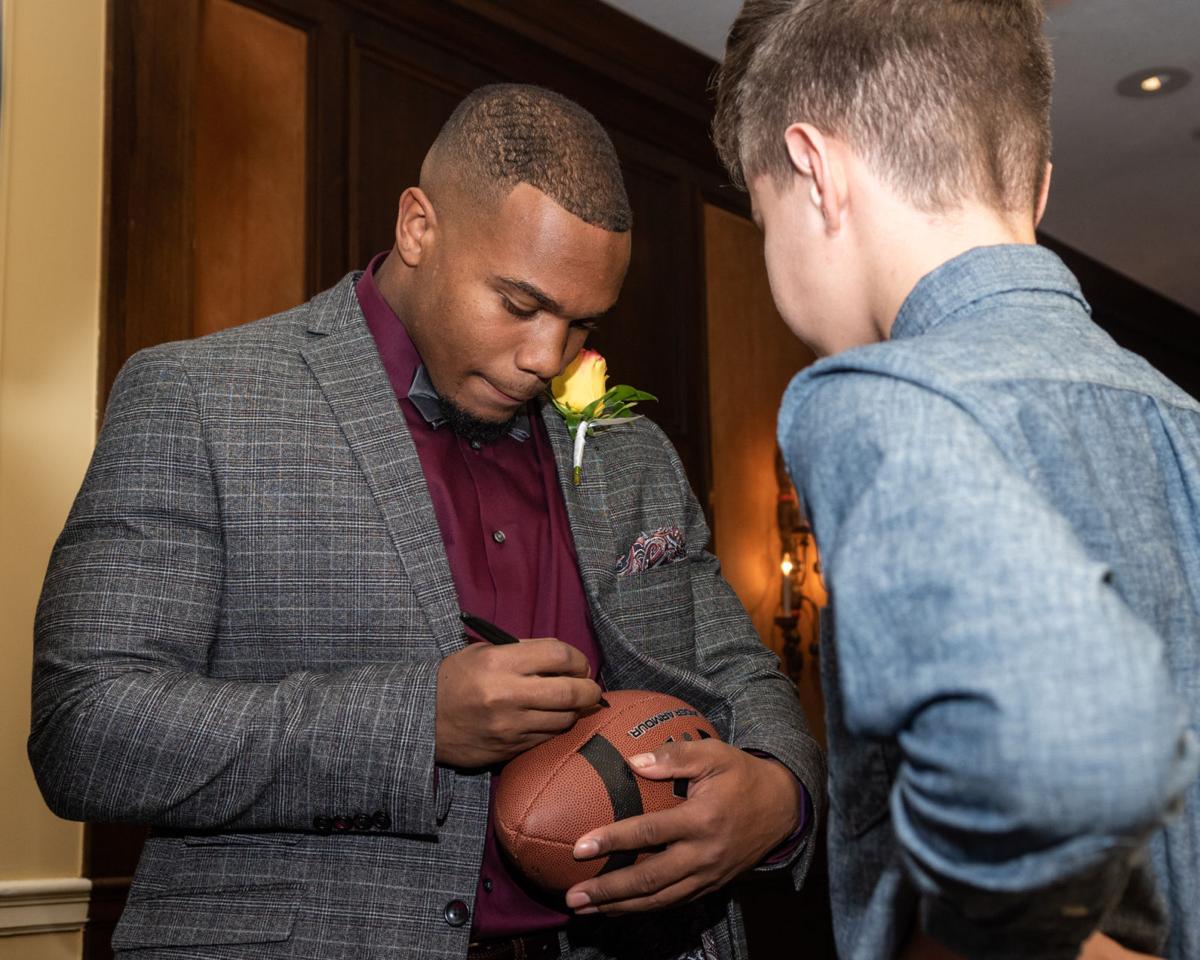 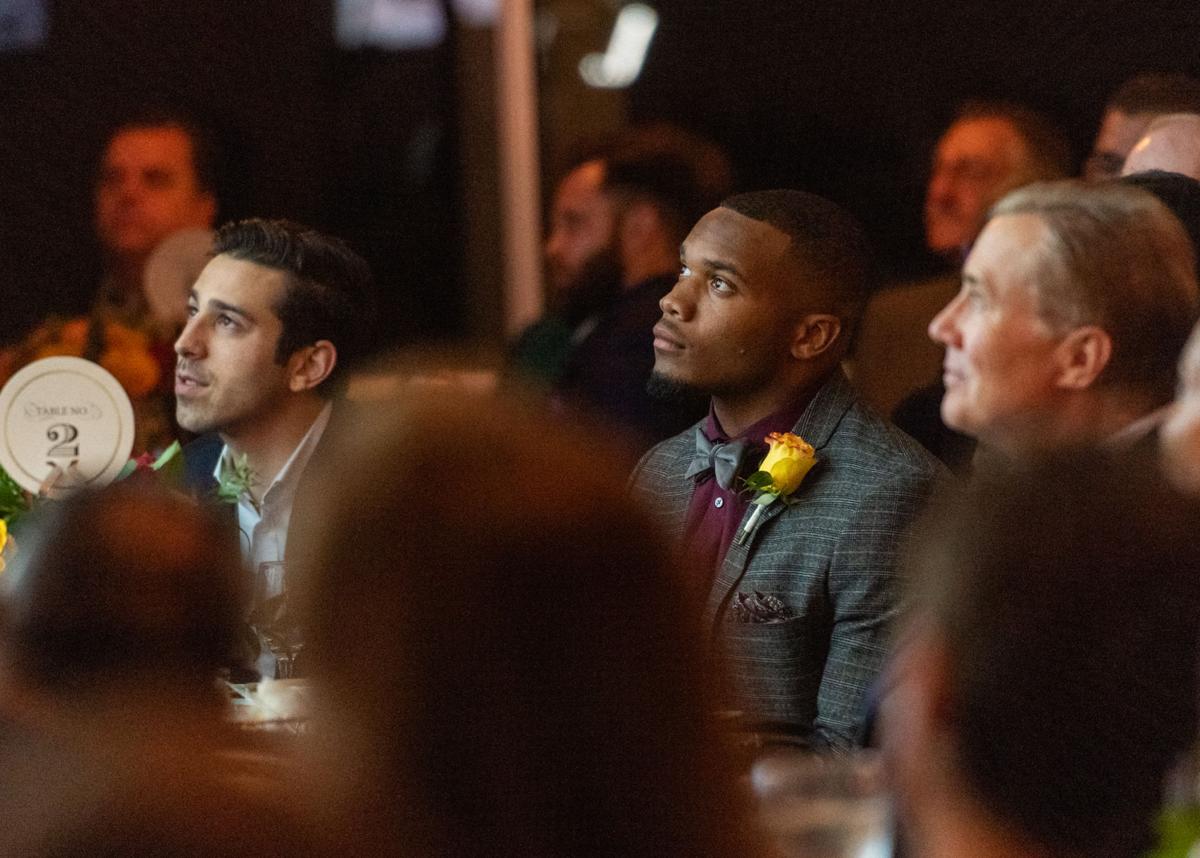 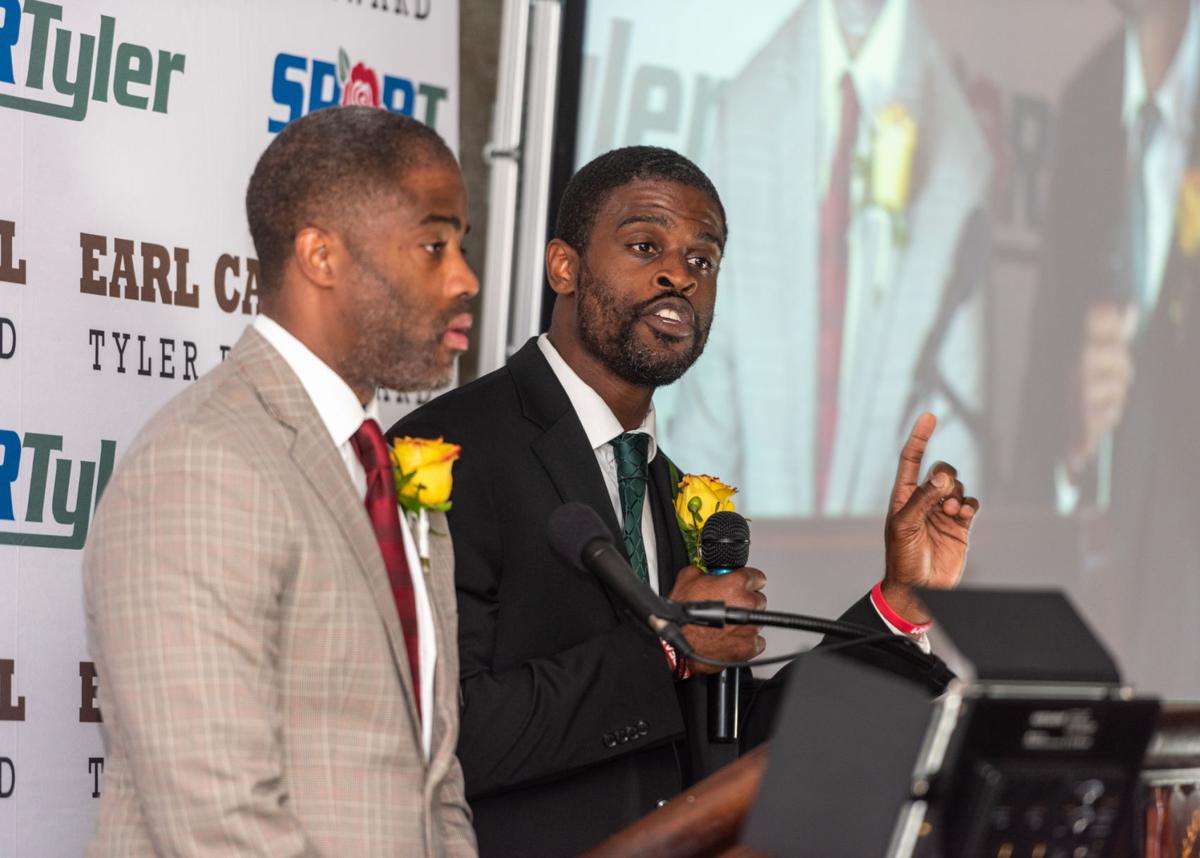 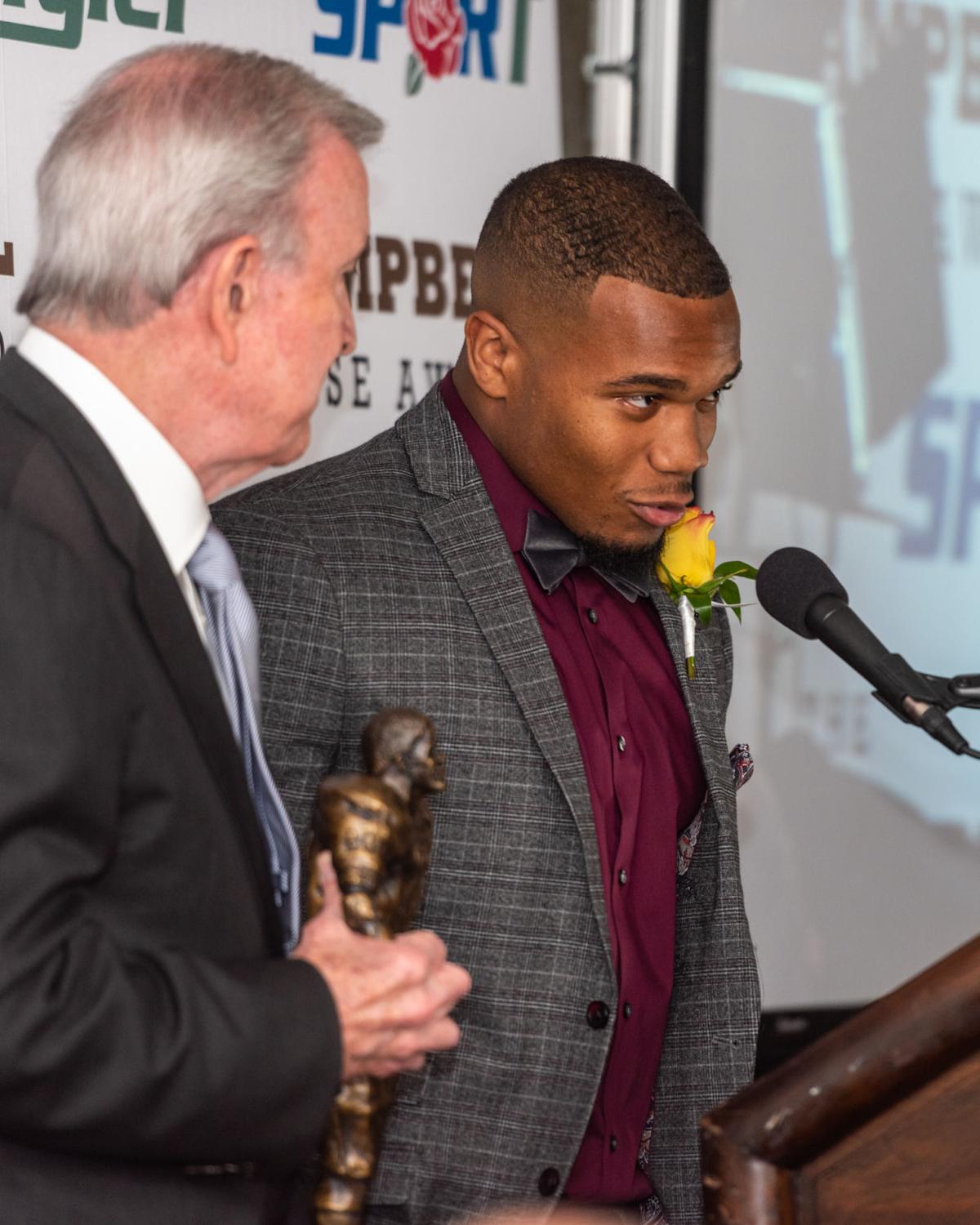 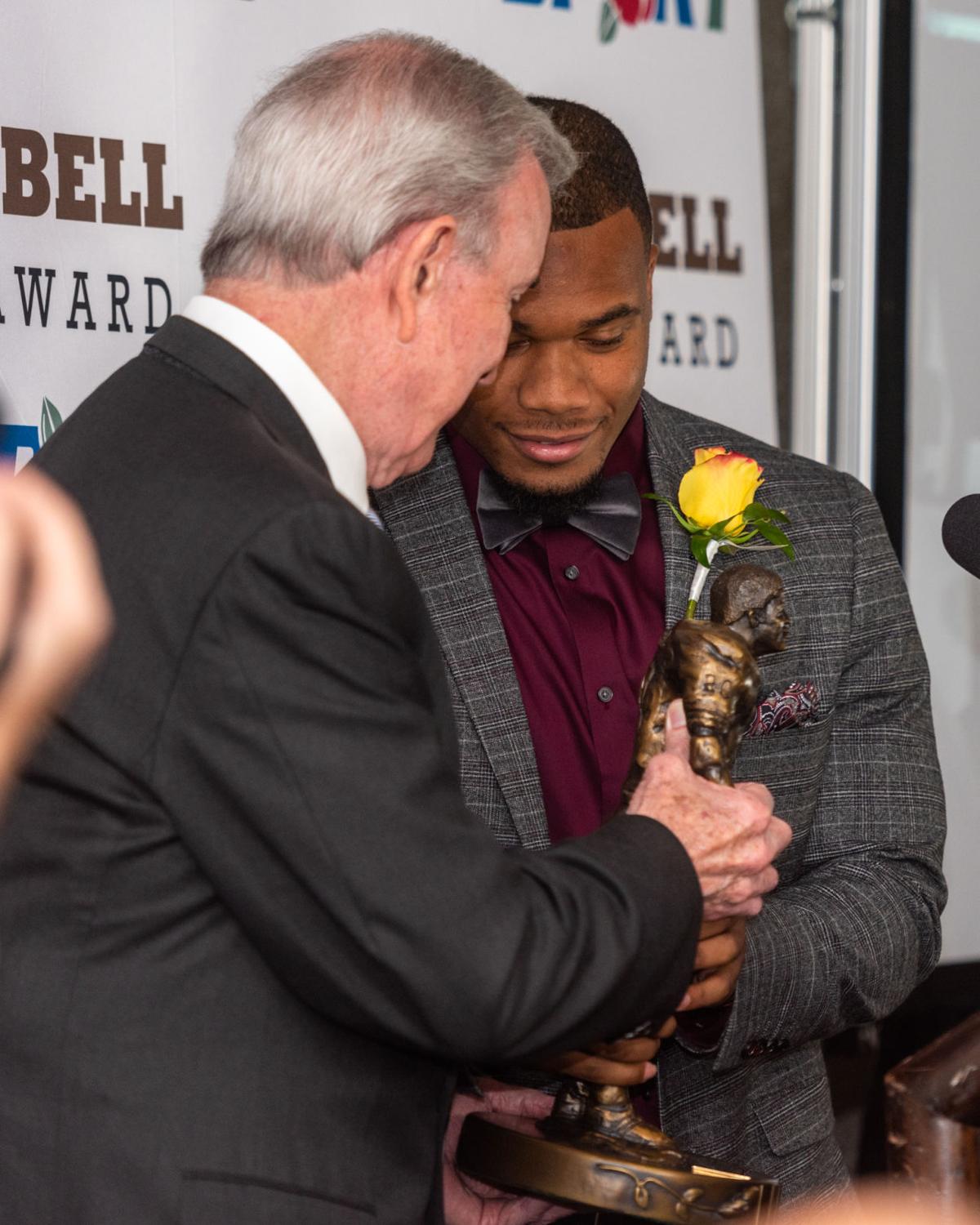 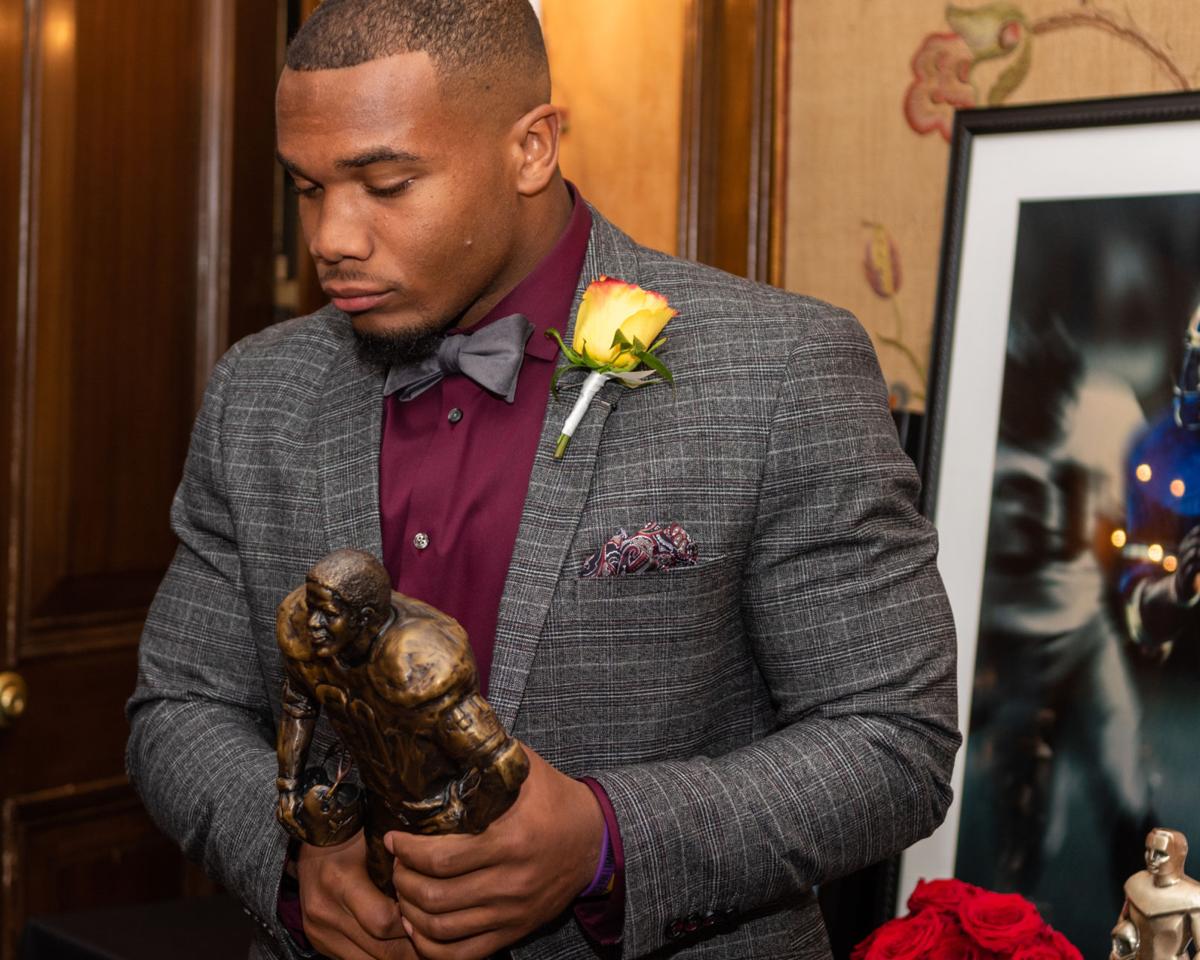 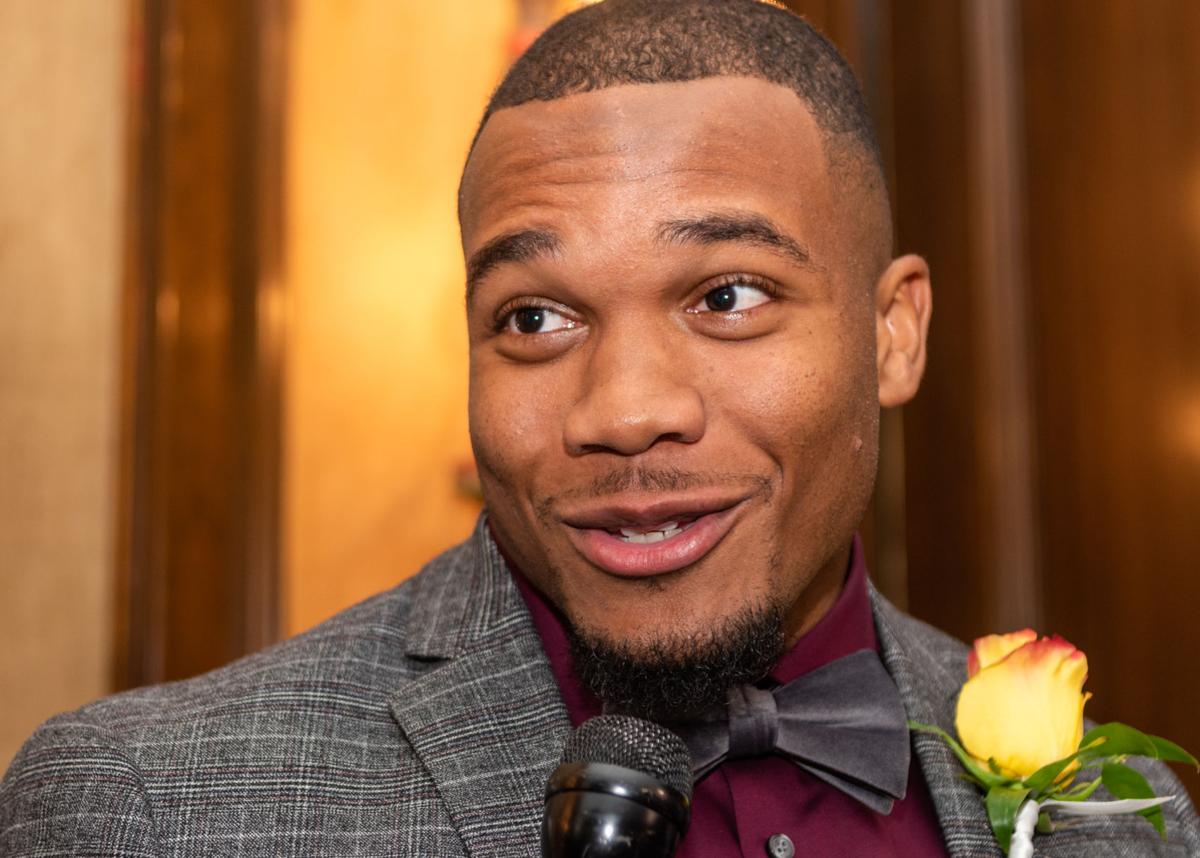 J.K. Dobbins, who had a legendary career at The Ohio State University, was the recipient of the Seventh Annual Earl Campbell Tyler Rose Award during a gala Wednesday night at Willow Brook Country Club in Tyler.

Dobbins, from La Grange, is the second running back to achieve the honor, joining 2016 winner D’Onta Foreman from the University of Texas. Quarterbacks have won five times.

Dobbins was gracious in his acceptance speech, thanking the Tyler Rose himself, the Campbell family, the city of Tyler and his fellow finalists.

“Thank you all for having me here in Tyler, Texas, and I am so honored to be in the presence of Earl Campbell,” Dobbins said. “There are so many great football players from the state of Texas in college football. (SMU quarterback) Shane (Buechele), (Baylor quarterback) Charlie (Brewer), y’all are great, great players. I want to thank my mom (Mya Grounds) for supporting me. It is such an honor to be a part of this community now.”

Earl Campbell, and his sons Tyler and Christian Campbell, presented the award to Dobbins, a junior who has declared for the NFL Draft.

“I’m honored to present the award to J.K. Dobbins,” Earl Campbell said. “All of these players had an amazing season. They all deserved their place as a finalist.”

Dobbins, Buechele and Brewer were all in attendance. The other finalists were Oklahoma quarterback Jalen Hurts, who was represented by his father Averion Hurts; and Oklahoma wide receiver CeeDee Lamb. Hurts was practicing for the Senior Bowl in Mobile, Alabama.

Dobbins achieved his 2,003 rushing yards in 2019 by simply being the best against the best competition Ohio State faced during a 13-1 season that featured a third consecutive outright Big Ten Conference championship and a return to the College Football Playoff.

Tyler Campbell noted the finalists are now associated with greatness, referring to his father, the 1977 Heisman Trophy winner, Pro Football Hall of Famer, one of the top 100 players in the NFL and named the No. 7 all-time college football player.

He implored the players to “utilize your talent and life to solidify and unite your family.”

In addition, the nominee must meet one or more of the following criteria: born in Texas and/or graduated from a Texas High School and/or played at a Texas-based junior college or four-year Division I Texas college.

Ron Franklin, former voice of the Texas Longhorns and Houston Oilers, was the emcee. He also broadcasted football and basketball at ESPN.

"There is no fear in love. But perfect love drives out fear, because fear has to do with punishment. The one who fears is not made perfect in love." (1 John 4:18 NIV)