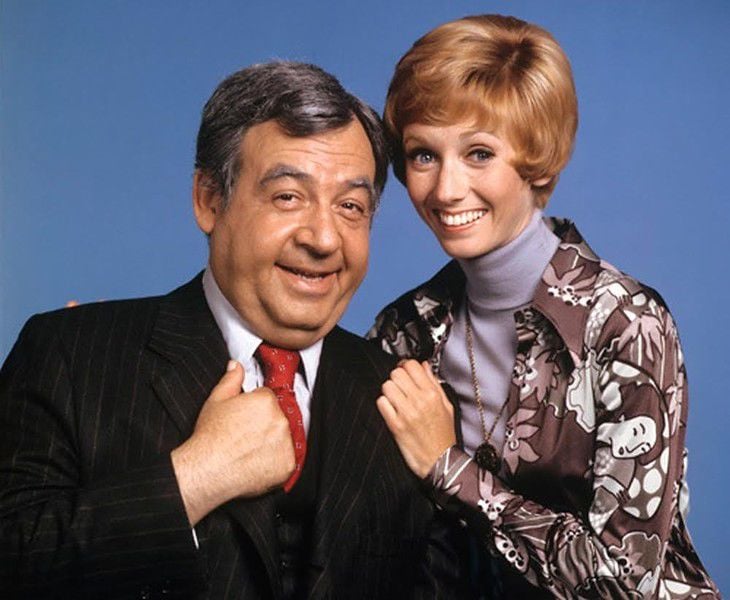 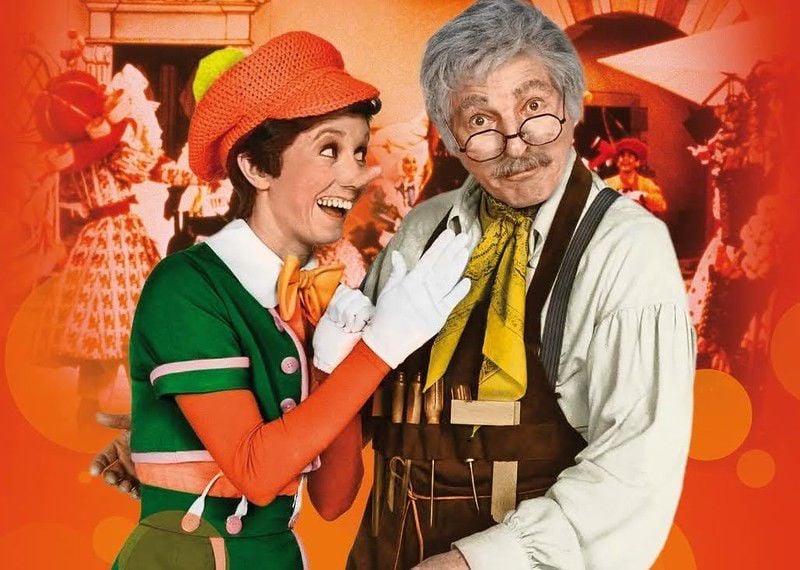 Courtesy Sandy Duncan and Danny Kaye in the 1976 TV movie Pinocchio on CBS. 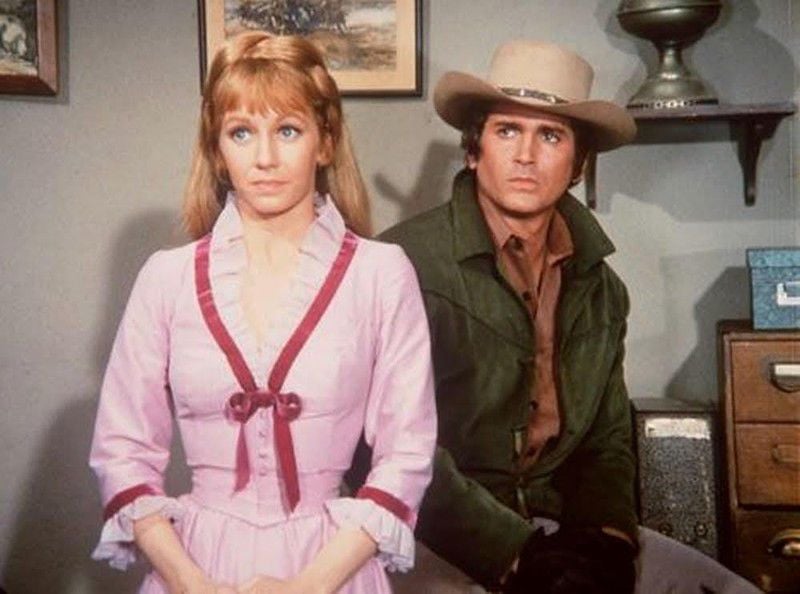 Courtesy Sandy Duncan with Michael Landon from the Bonanza episode "Am Earthquake Called Callahan" on NBC. 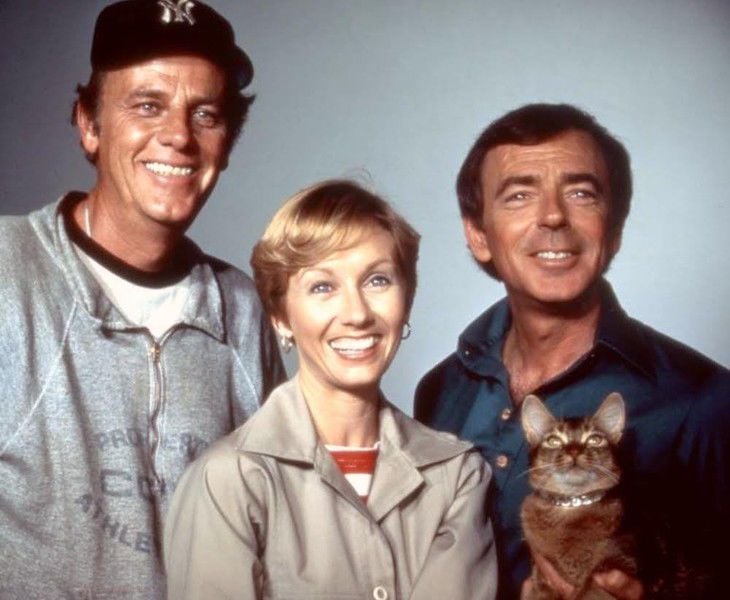 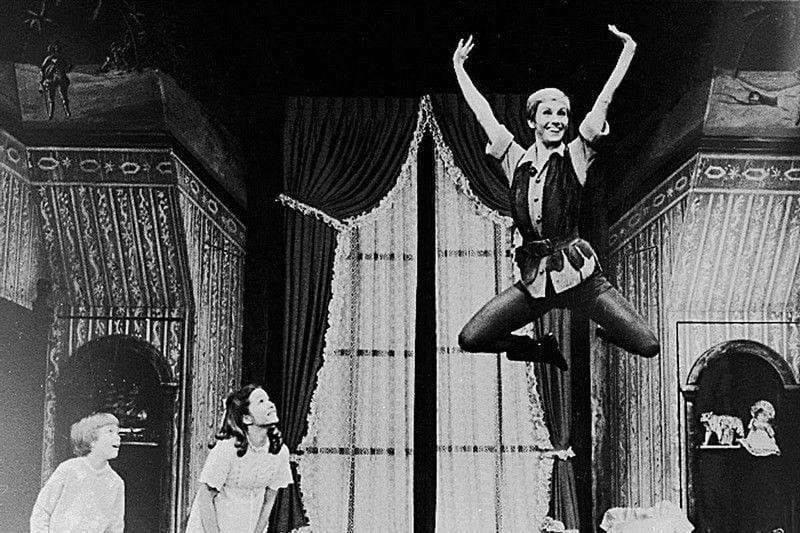 Courtesy Sandy Duncan and Danny Kaye in the 1976 TV movie Pinocchio on CBS.

Courtesy Sandy Duncan with Michael Landon from the Bonanza episode "Am Earthquake Called Callahan" on NBC.

The quote, spoken by a legend of the theater describing actress and Texas native Sandy Duncan, would probably go unchallenged by most of her fans.

Armed with a broad smile and energetic screen personality, Duncan is known for playing perky comic characters that radiate enthusiasm whether on TV, in film or theater.

"That bubbly behavior is just a quality I brought to many characters and I got kind of stuck with it," said Duncan from her home in Connecticut. "I'm friendly but rather shy and quiet away from the cameras."

Born and raised in Texas, Duncan nevertheless credits her upbringing for imparting some professional traits.

"Texans are notoriously funny," she noted. "They will also tell you what's on their mind, even if it's not politically correct. They are direct and honest, and I think I've brought those qualities to my work."

Born in a Henderson hospital, the family lived in nearby New London where young Duncan later took dance lessons.

"After my first recital when I was all of 5 years old, I knew I wanted to perform. We moved to Tyler when I was 9. In New London, we lived out in the country where I could wander around freely and safely. In Tyler, we lived in a neighborhood, so I couldn't be a wild thing anymore!"

"I did musical theater in Dallas in the summers where the ensemble cast was drawn from local actors, but big stars like Ginger Rogers, Gene Kelly, and Donald O'Connor were also brought in. So I got to learn from these hugely talented performers."

Leaving Texas in 1965 when she was 19, Duncan continued to work in theater in New York.

"I was doing a show called ‘The Boyfriend,' a light musical comedy for which I got a Tony nomination," she recalled. "Fred Silverman, the head of CBS, came to see it and that led to a TV series and two movies."

"The Million Dollar Duck" and "Star Spangled Girl" were released in 1971, while "Funny Face" premiered on CBS in the fall of the same year.

The series, Duncan said, had a killer schedule. "I'd get to the studio at 5 am and work until midnight. Then I got sick and the show was canceled."

The cause was a tumor, at the back of her eye, which was successfully treated.

"But they severed the optic nerve to that eye, which caused blindness," she explained. "I suppose it could have ended my career, but I wasn't going to let it stop me. When I'm tired, it tends to become like a lazy eye, but I've been able to mostly camouflage it. At the start of a new production, I would tell the other actors I don't have a glass eye and to look into my right eye when we have scenes together. So that avoids any nervousness or self-consciousness."

After her recovery, "Funny Face" was rebooted as the short-lived "The Sandy Duncan Show" in 1972. One of the show's guests was British comedian Marty Feldman, known for his bulbous and misaligned eyes.

"Trying to get in each other's line of sight was tricky!" Duncan laughed. "But he was funny and very gracious."

Duncan still recalls one question from the medical staff during her hospitalization.

"The doctors found blood splattered around the tumor and they kept asking me if I had received any head injuries and I said no. But strangely, only recently, someone reminded me of an early ‘Bonanza' episode I had done."

In the 1971 episode, "An Earthquake Called Callahan" – Duncan's first major TV role – she plays the assistant to a traveling professional wrestler. Her character, with a bullish aversion to the color red, spends considerable time head-butting wooden barrels, planks of wood, and the occasional co-star.

"We did many takes where I rammed my head into things, but I actually remember very little of the episode – perhaps with good reason! So who knows if there was any connection to the medical problem I had later."

In addition to her TV and film work, which included a starring role in Disney's 1978 "The Cat from Outer Space," Duncan has been a prolific stage performer adept at singing, dancing … and flying.

"The most gratifying experience of my career was playing Peter Pan on stage," Duncan said of her Broadway role in the 1979-81 production in which she performed aerial acrobatics suspended perilously 20-feet above the stage by piano wire. "Although it was extremely difficult physically, and probably responsible for later back trouble I had, I never missed a performance."

During one show, a special guest attended – Mary Martin, who had received both a Tony and Emmy award for playing Peter Pan in the 1950s.

"She didn't come for a long time but when she did, it was a huge event," Duncan recalled. "We met after the show, hugged, and I said, ‘You're my Peter Pan.' And she said, ‘Well, you're my Peter Pan!' About a month later, she introduced me on a TV special honoring Broadway."

It was during that broadcast when Martin affectionately referred to Duncan as a darling, warm, contagious spirit.

"She was lovely, as she was known to be," Duncan said.

Martin wasn't the only performer to play in a beloved children's story who quickly bonded with Duncan. In 1976, Sandy played the title role in the CBS TV movie "Pinocchio" alongside Danny Kaye as Geppetto.

"We hit it off immediately," said Duncan. "He was a pilot and would take me up in his Learjet and I'd sit next to him in the cockpit. He and his wife had me over to dinner many times and he was a fabulous cook. He wasn't an easy person to get to know, but he became one of my best friends. Working with him, I learned about commitment to a project – you give it everything you've got."

Coming from the theater, Duncan said actors like Kaye helped shape her as and film and television performer when she arrived in Hollywood.

"I hadn't done anything on TV or film except as a dancing leprechaun on ‘The Merv Griffin Show.' So Hollywood was a big learning experience for me, but I picked it up pretty fast."

Duncan, who turned 70 earlier this year, maintains an apartment in New York City where her husband works. She often takes the train from Connecticut to the theater, but you'll likely find her in the audience rather than on stage.

"I'm still offered a lot of projects and did a couple this year," she said. "So I don't want to say I've retired. But unless something comes along that really excites me, I usually pass. I love the peaceful home life now."

Nick Thomas teaches at Auburn University at Montgomery, Ala., and has written features, columns, and interviews for over 600 magazines and newspapers. Visit www.tinseltowntalks.com for more.