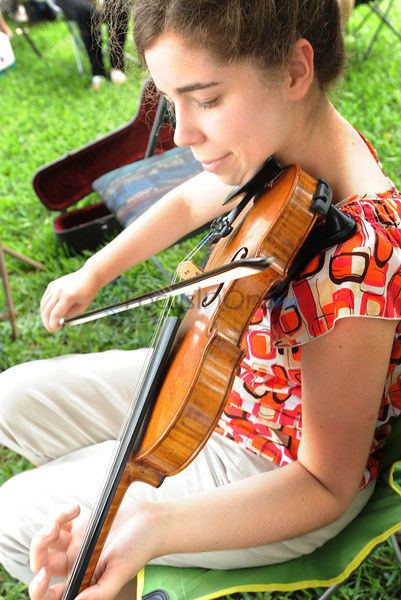 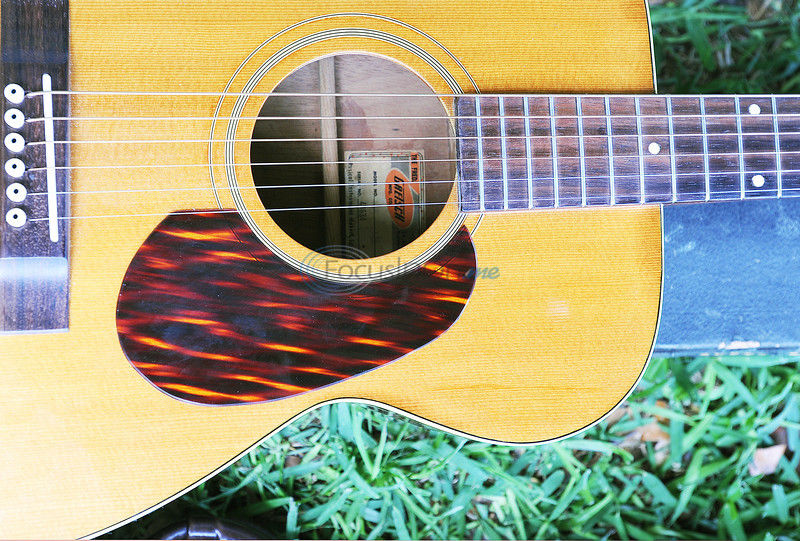 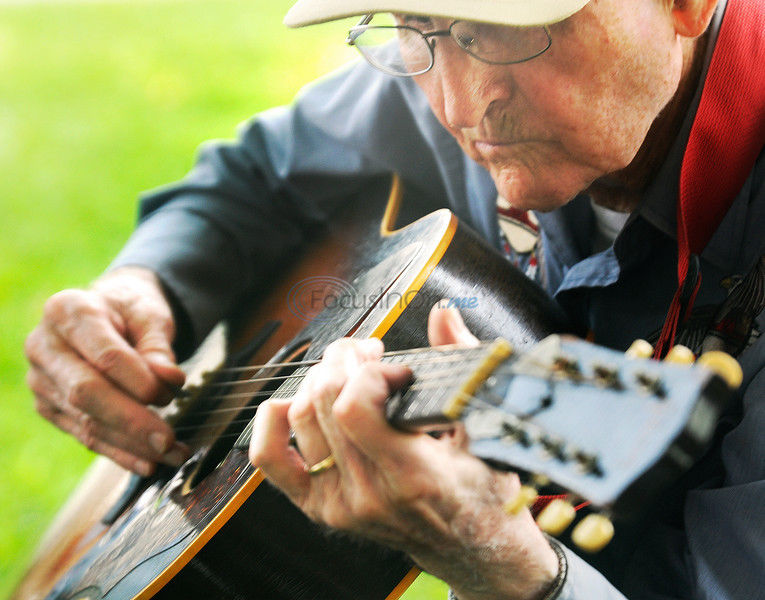 "Wild Bill" May plays his 1956 Gibson J-45 guitar under the trees on the Henderson Courthouse lawn at the Old Fiddlers Reunion in Athens Saturday afternoon. Herb Nygren Jr./Staff

"Wild Bill" May plays his 1956 Gibson J-45 guitar under the trees on the Henderson Courthouse lawn at the Old Fiddlers Reunion in Athens Saturday afternoon. Herb Nygren Jr./Staff

About 30 contestants competed in five different age divisions, ranging from youths to fiddle players age 66 and older. Playing a hoedown and a tune of choice, they were judged on their style and skill and how closely they re-created old-time fiddle music.

Winners were picked in each category, but the overall first-place grand champion was Lydia Elseth, of Nacogdoches.

Thousands of modern-day fans streamed Saturday onto the Henderson County Courthouse lawn in downtown Athens to hear fiddlers, visit, eat food hawked by vendors and to ride carnival rides just off the square.

A street dance, which was expected to last until midnight, concluded the day's festivities with a country western band furnishing music for dancers.

A new sight was a group of men wearing red high heels for the Walk A Mile In Her Shoes event, aimed at raising awareness of rape, sexual assault and violence. They circled the courthouse square four times.

For many attendees, it was a time for reunions and homecomings underneath the shade trees on the courthouse lawn or just a time to listen to fiddle music.

While the fiddle contest proceeded on a stage, impromptu jam sessions that began Friday night continued Saturday scattered across the lawn.

Similarly, Henderson County Judge Richard Sanders, who described the contest as a great part of the heritage and history of Athens and Henderson County, said, "Your coming every year and being a part of this is what keeps this going year after year."

Organizers say that as far as they know, it is the oldest contest of its kind that has run continuously.

Sitting in a group of about a half-dozen musicians for a jam session, Melba Taylor, of Kemp, said, "We don't (compete in the contest); we just come to play with one another. People come around and listen, and other musicians come in and sit down and play with us for awhile and then they may go to another place and play."

She added, "We come because we love the music, and we love the people and we just enjoy it."

Wade Moon, of Larue, said he has been under a particular tree on the courthouse lawn for the fiddlers contest for 40 years.

"Magnolias make a good shade. I raised up my kids here; we always were here," he said.

His wife, Loretta Moon, recalled that the couple always brought a quilt to put their babies on. "My husband would sit on one side and I would sit on the other. That way we could keep an eye on our kids. … This is where we've met the biggest part of our friends."

Close by, Toni Stanford displayed art from the Henderson County Art Club, including graphite drawings of two of the first fiddlers in the early days of the fiddler's contest. "We usually have a good many lookers," she said.

Dorothy Wasunyk, who grew up in Athens, was expecting some of her high school friends to join her. Coming to the fiddler's contest, she said, "makes you remember what it was to grow up in Athens and the fun we had as children when we could run around and not be scared."

The Walk A Mile In Her Shoes event, she added, "makes you remember the safer times we used to live in."

Bill Baldwin, of Corsicana, has come many years.

"We just like the music and all the people out here," he said.

Becky Forman, a resident of Oak Wood Place Assisted Living, said she "flipped out" with excitement when she heard a group from the home was coming and signed up.

"I love this kind of music, and I like being around other people. We are like a big family here. That's what Athens is about … having a good time," she said.

Sitting with her husband and next-door neighbor, Jewell Murphy, of Trinidad, said, "We come every year. We love it. It's friendly, family oriented, really a nice, homey place to come."

The fiddling music is "down to earth," Tyler's J.D. Arnold said.

Kimberly Hanson, of Athens, spread a blanket on the ground for her two children, ages 4 and 11.

"We have settled in for the day," she said, expressing pleasure that the contest was switched from Friday to Saturday, which meant she could attend for the first time. She could not attend on Fridays because she teaches school.

Another Athens resident, Johnny Anderson, who has been coming about six years, said he keeps coming for the relaxation, to enjoy the atmosphere and good music.

"It makes you feel good," he said.

An Athens couple, Jerry and Mary Alice Bergman, have attended about 30 years. They said they just enjoy the music, have a good time, get to see people they don't see often and try to support what's going on in the community.

Pointing to a magnolia tree, John Pagitt said he met his wife under the tree.

"I've been coming here 63 years and haven't missed a year yet. My folks, my grandparents brought me when I was little and I kept coming. I enjoy the music and visiting with my friends," he said.

On the other hand, Canton's Lee Whiteley came with his wife for the first time.

"I've heard about it all my life and finally had the opportunity to come. I think it's great," he said.

"I just love to listen to the music," he said.