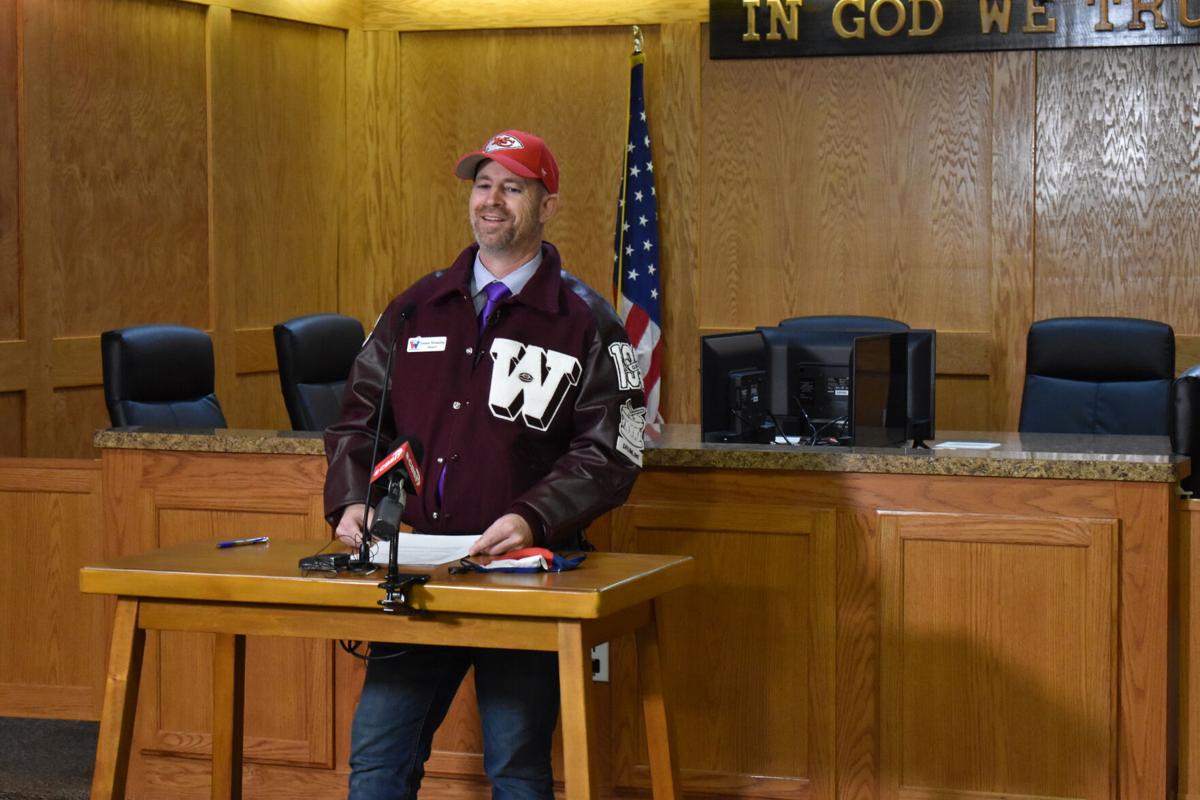 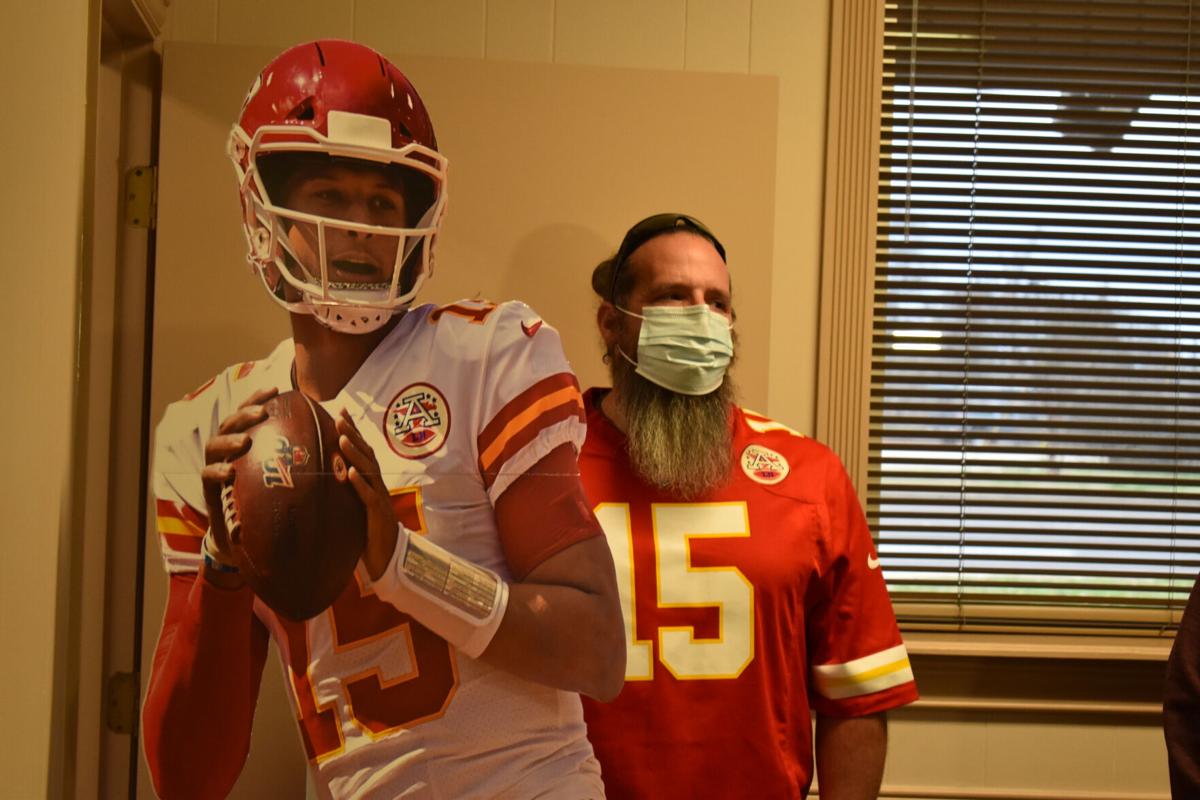 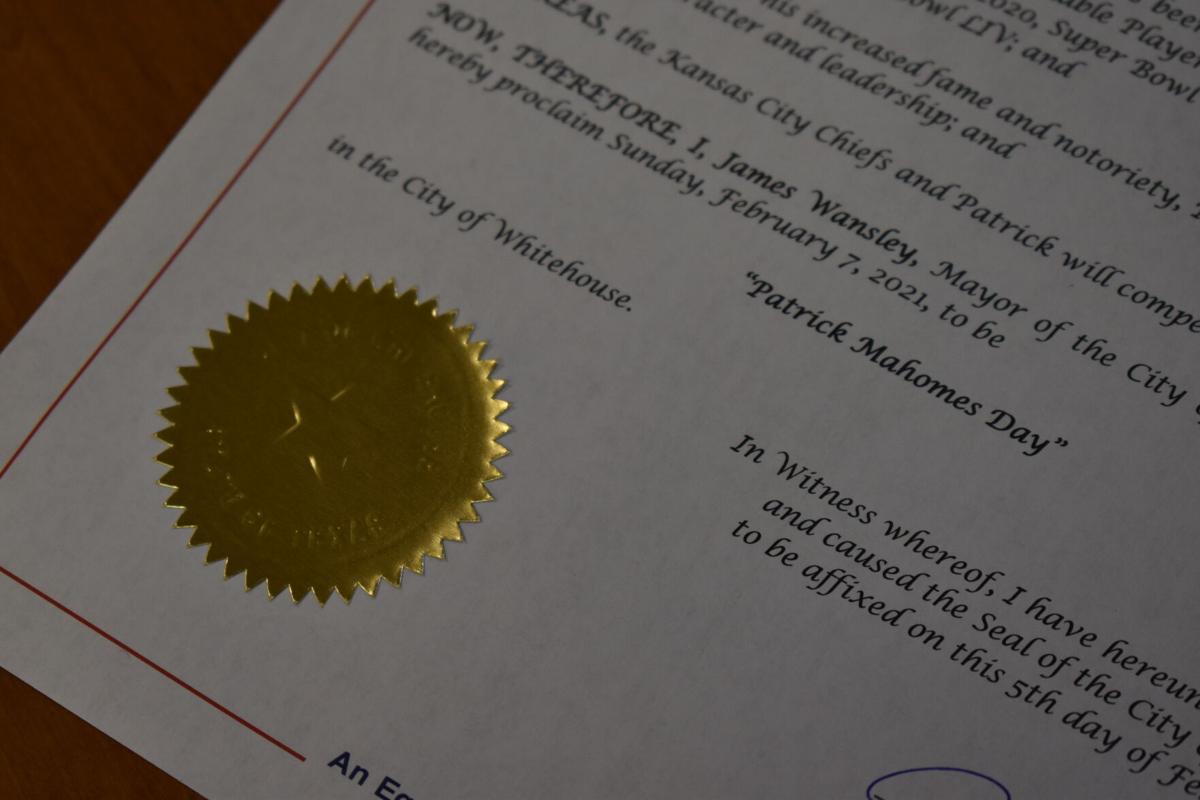 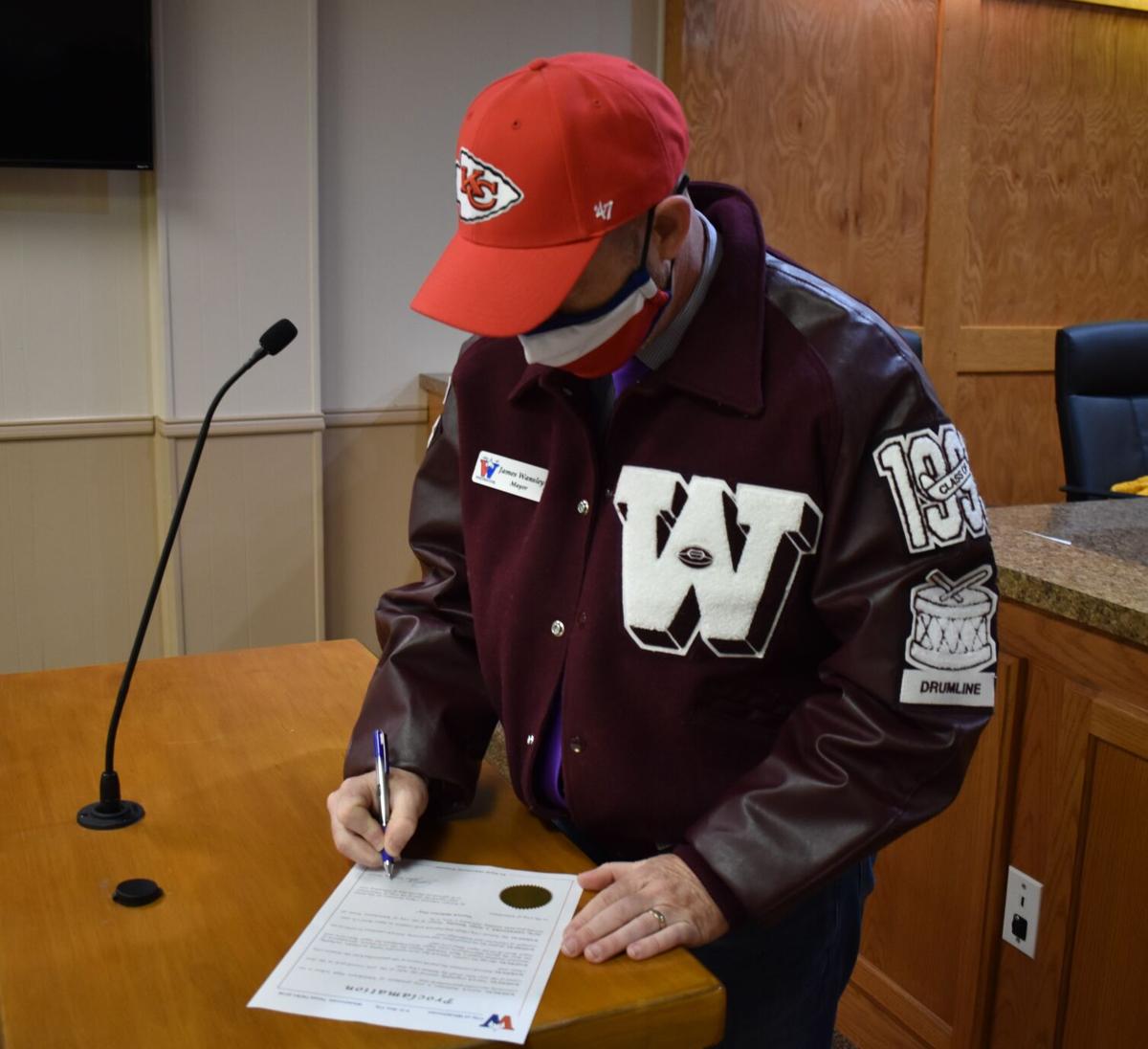 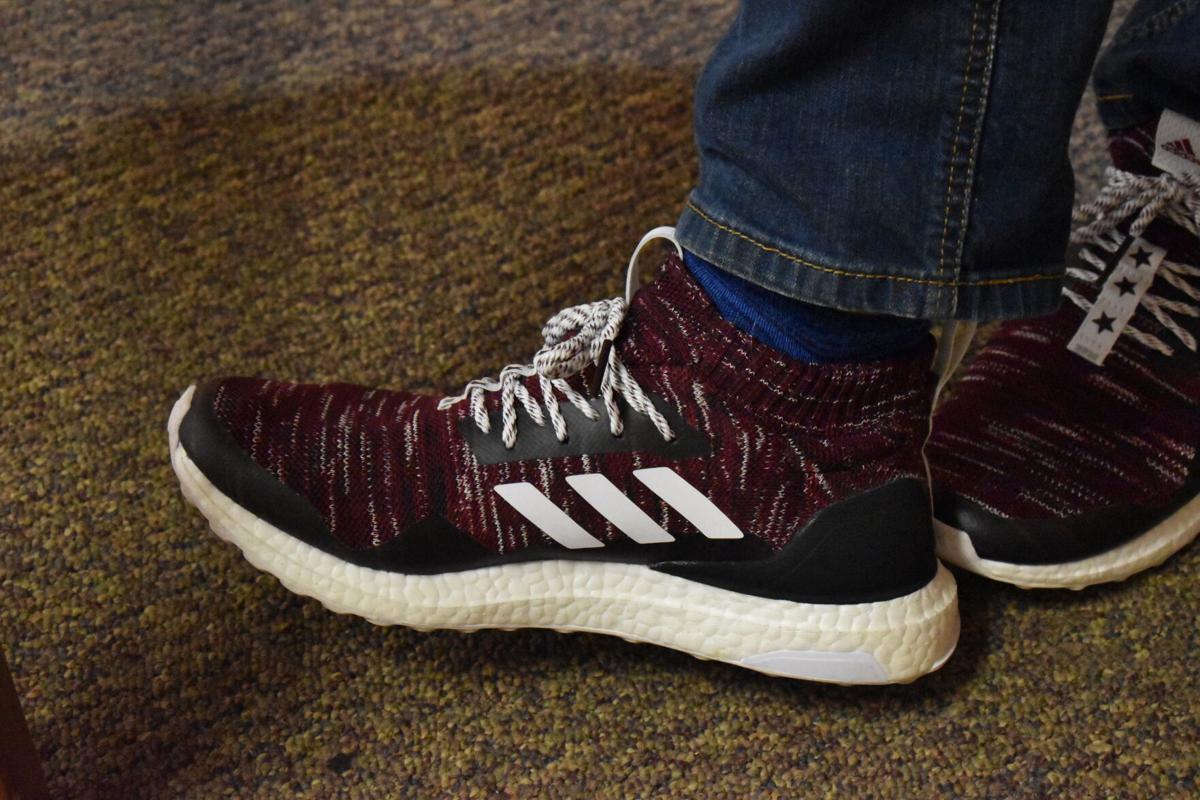 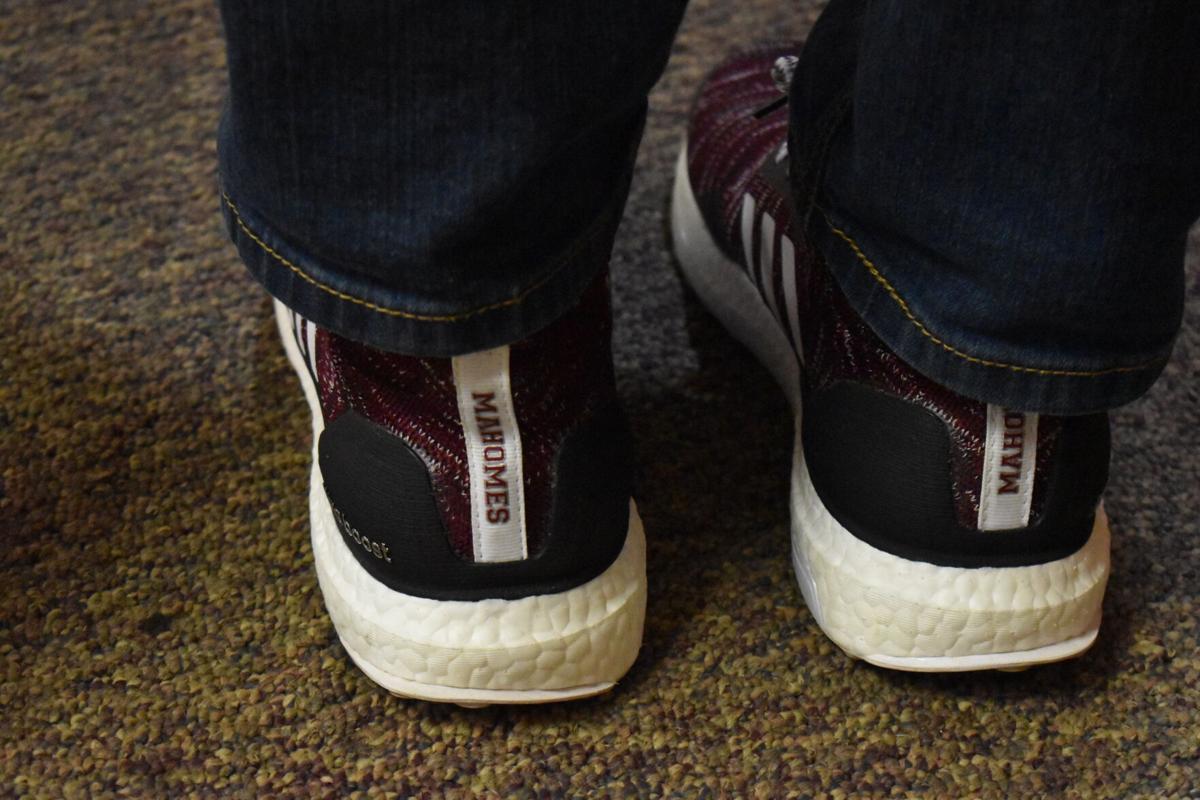 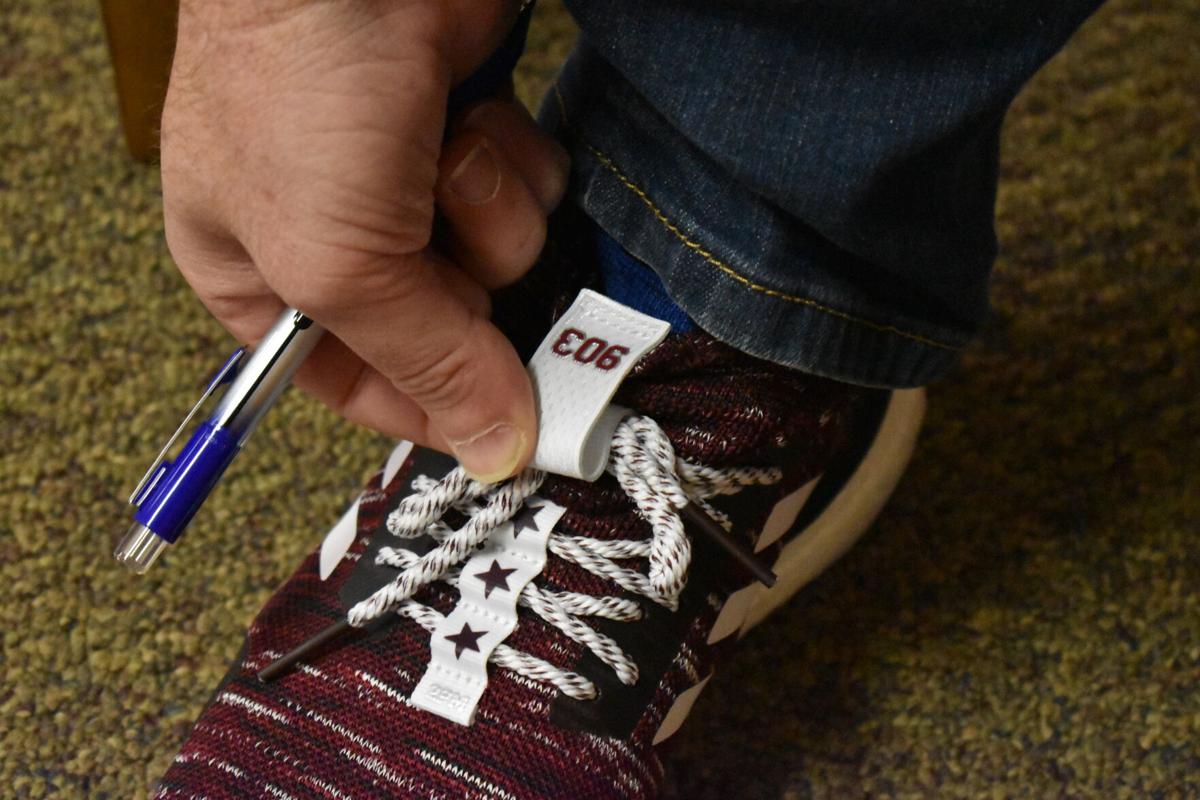 He noted that he and Mahomes shared the same football jersey number, 5, back in high school. Mahomes’ number would later change to 15 during his time at Texas Tech University and now in Kansas City.

“Like any true fan, I want to claim some extra connection to somebody I watch and do really well in sports. When I was in high school, I wore Patrick’s number 5. There’s not a whole lot of people that I know that don’t know that,” Wansley said. “When I put on the letter jacket is kind of to honor that connection with Patrick, just to feel a little closer to what he’s able to accomplish.”

Wansley said he was a fan of the NFL when Dallas Cowboys had Troy Aikman, Emmitt Smith and Michael Irvin, who were known as “The Triplets,” were playing in the league. But Mahomes helped him regain his interest in the NFL.

“I watched him play his senior year, I followed him through Texas Tech and the last years is when I’ve actually come back to professional football,” he said. “And it’s through Patrick that happened. I’m kind of a reborn NFL fan thanks to Patrick.”

The Whitehouse community is proud of Mahomes and what he’s done on and off the field, including his leadership abilities, Wansley said.

“He takes blame for things that go wrong and he leads up and leads down,” he said. “It doesn’t matter if he’s interacting with his coaches or his fellow players. He’s there to be a team player and that’s a really solid foundation and we’re proud to see that on display on the big screen.”

Whitehouse residents and business owners are decorating with signs, paintings and more to support their hometown sports star.

Last year when Wansley was mayor pro tem, he declared Feb. 2 as Patrick Mahomes Day in place of the former mayor.

“I feel like it’s a great honor to be mayor at this time when this much recognition is coming into the city by way of Patrick Mahomes,” he said. “I hope we’re doing him justice and representing him well as a city when we put on a show and have people know how much we support him and appreciate him.”

Wansley said his Super Bowl plans are to watch at home with a couple of close family and friends he’s typically around.

“And I plan on having at least two Zoom calls going on so that we can talk to each other about what’s going on,” he said. “I got a couple of friends that aren’t Kansas City fans so it’ll be fun.”

Also at city hall Friday were Brian Feiden and his wife, Betsy, with a life-size cardboard cut-out of Mahomes. The Feidens have spent this past week with “Flat Pat” visiting places like the Whitehouse Police Department, businesses and the Whitehouse Area Chamber of Commerce.

They’ve titled the campaign #PatWhereYouAt, which has a Facebook page for photos and people to request a Mahomes appearance.

Wansley said the cardboard Patrick has helped get the community engaged to celebrate Mahomes this Sunday.

“You never know where you’re going to see that cardboard cutout,” Wansley said. “It’s great to see Patrick Mahomes. At this time of year, you would have a zero percent chance of seeing Patrick Mahomes here in the city. So to have something of his likeness going around and bringing the kids and community together, it’s great to see.”

Feiden, a life-long Kansas City Chiefs fan, enjoyed getting to see the proclamation.

{span}Jim Nipp, president of the Genesis Group in Tyler, thought it was great to see the city recognize Mahomes. He’s been in Whitehouse for 15 years and his kids attended school there as well.{/span}

{span}”I look at the kids that graduated in that era, we’ve had a lot of great kids,” Nipp said. “They all share that spotlight (with Mahomes).”{/span}

{span}Nipp plans to watch the Super Bowl with his kids for a limited family gathering. {/span}

Lord, you are my God; I will exalt you and praise your name, for in perfect faithfulness you have done wonderful things, things planned long ago. (Isaiah 25:1)