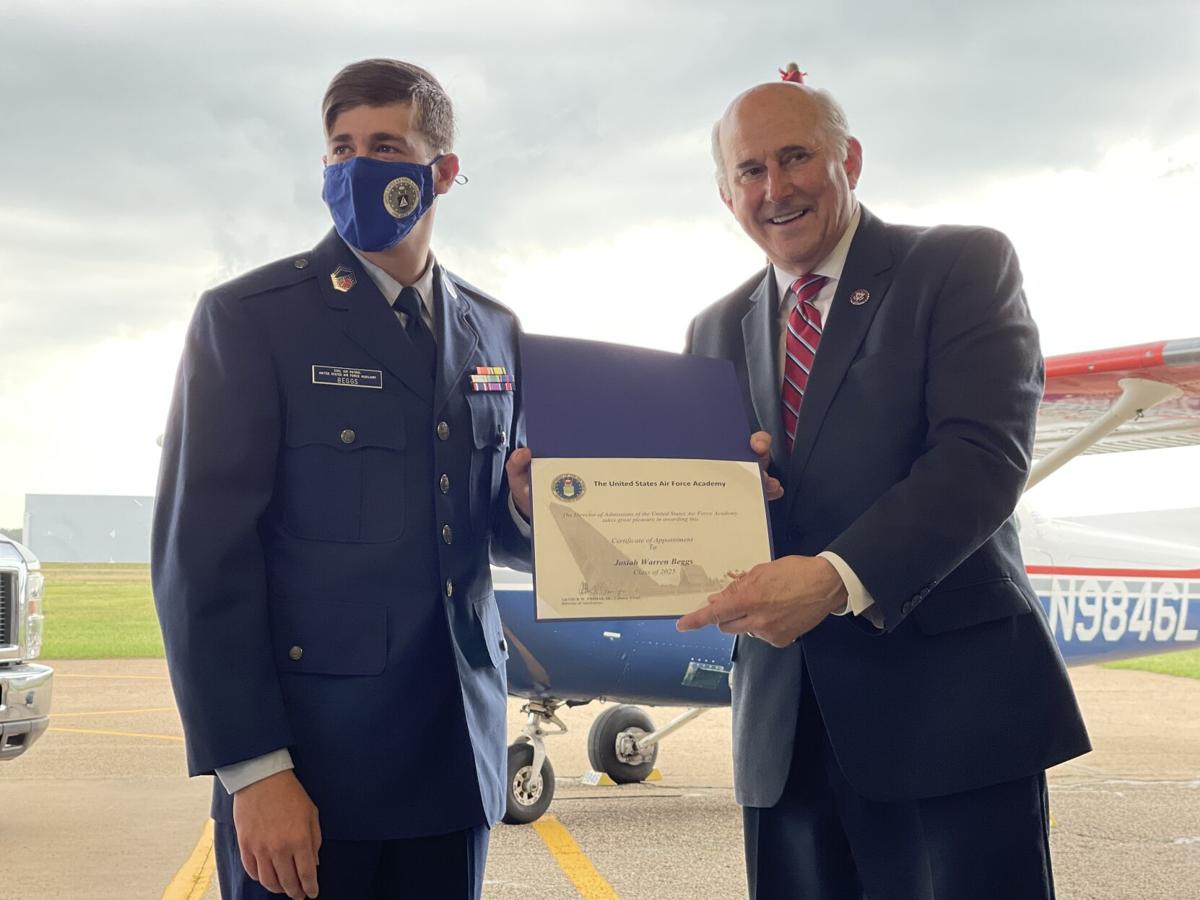 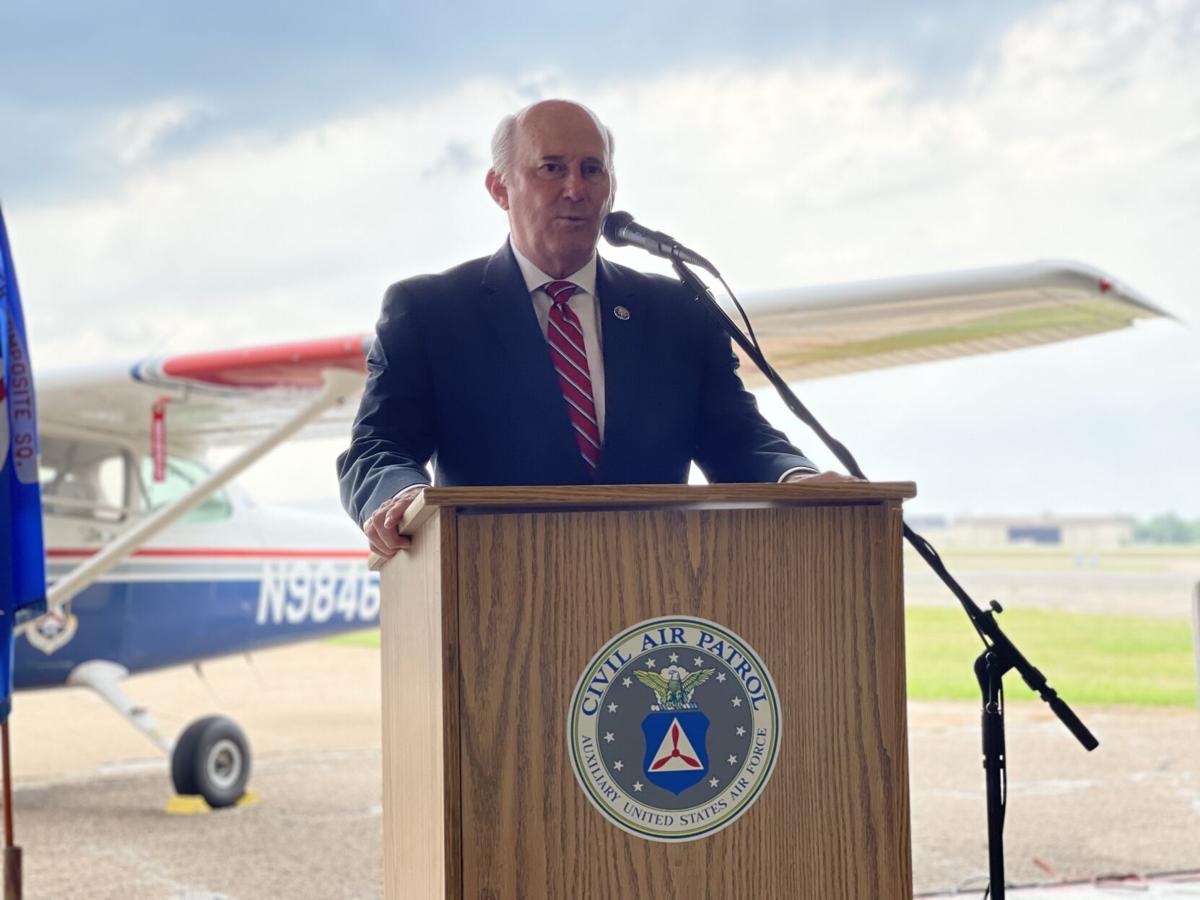 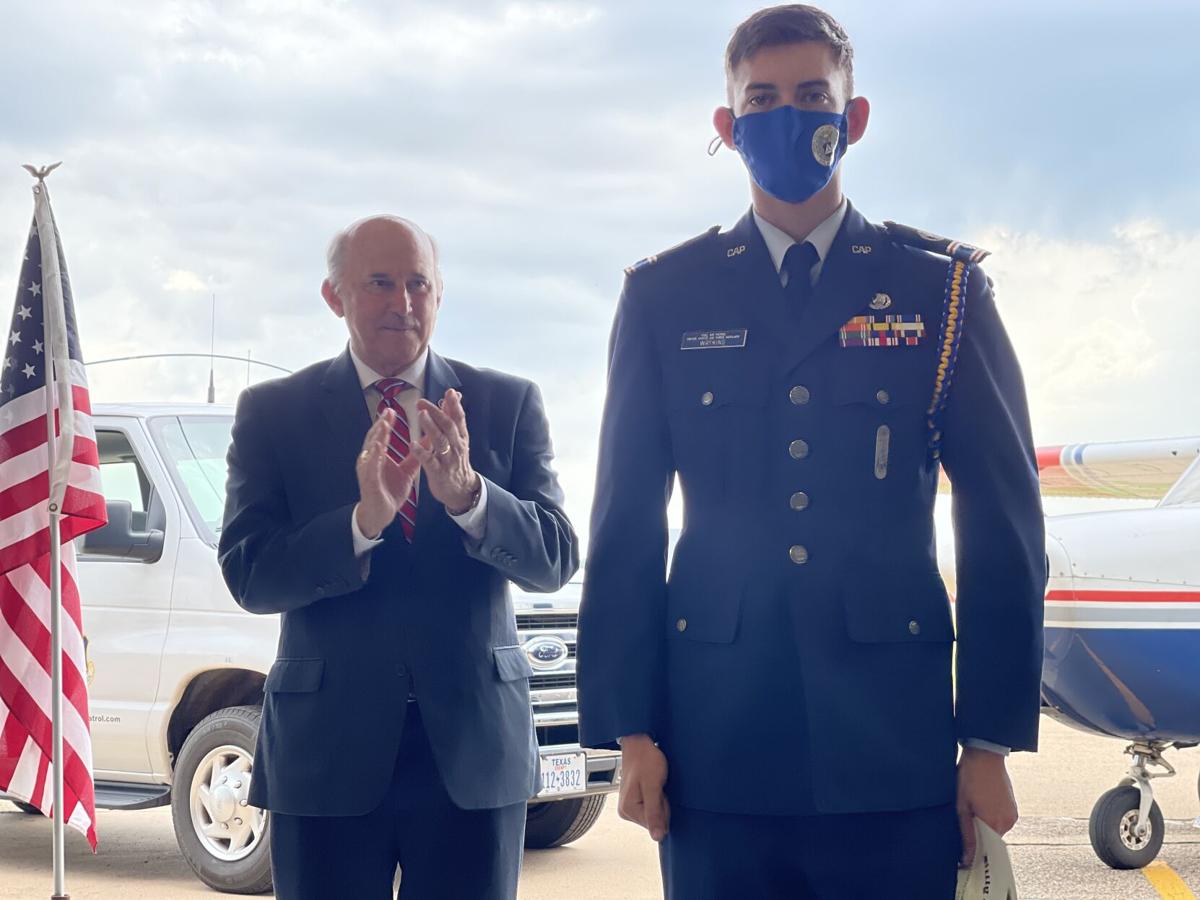 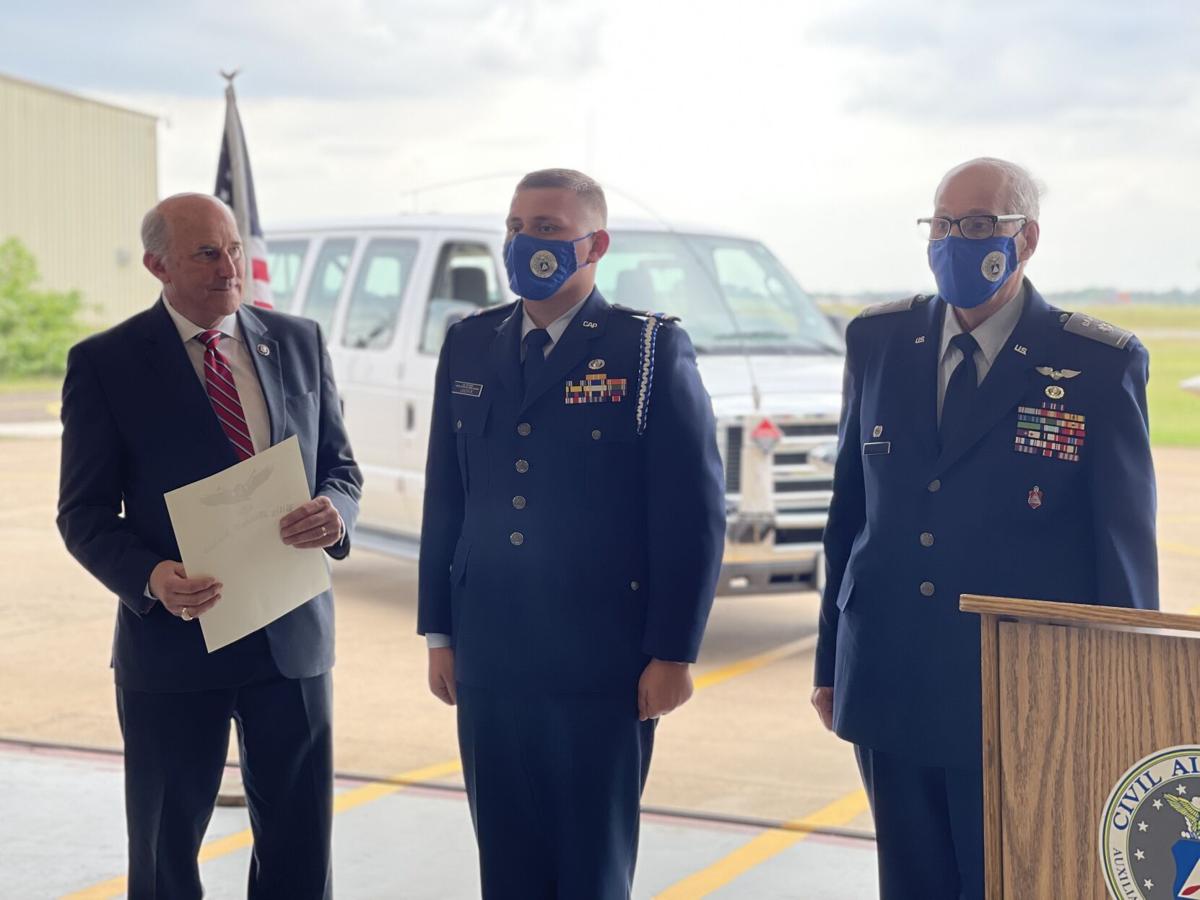 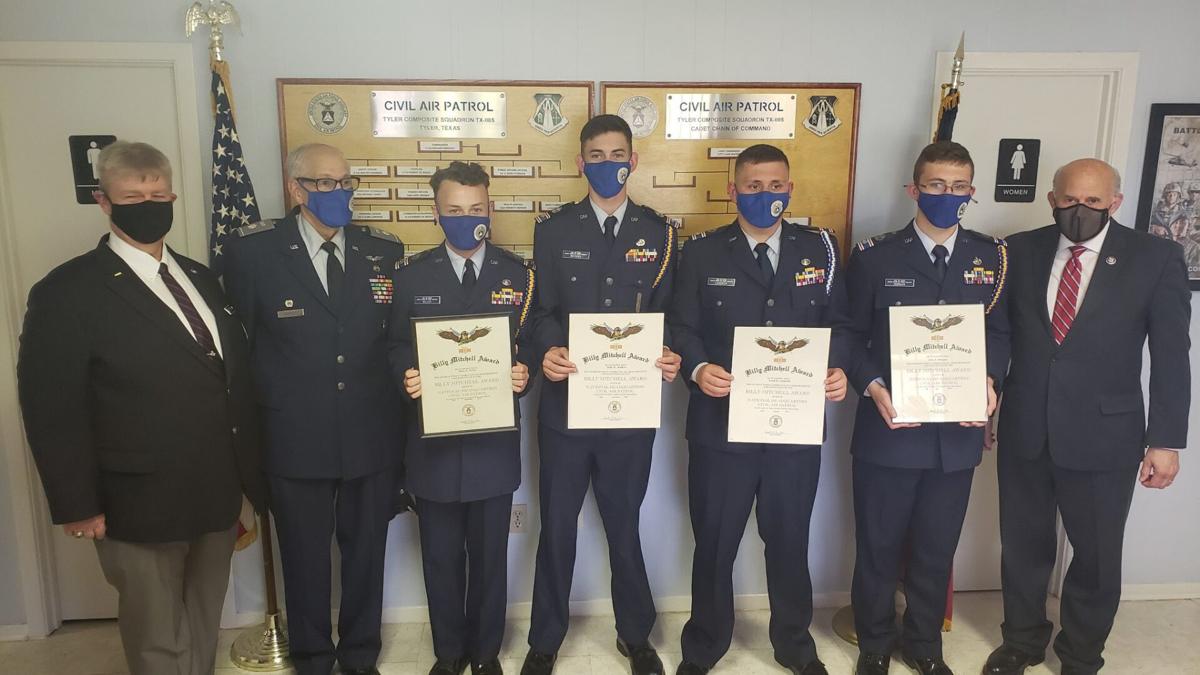 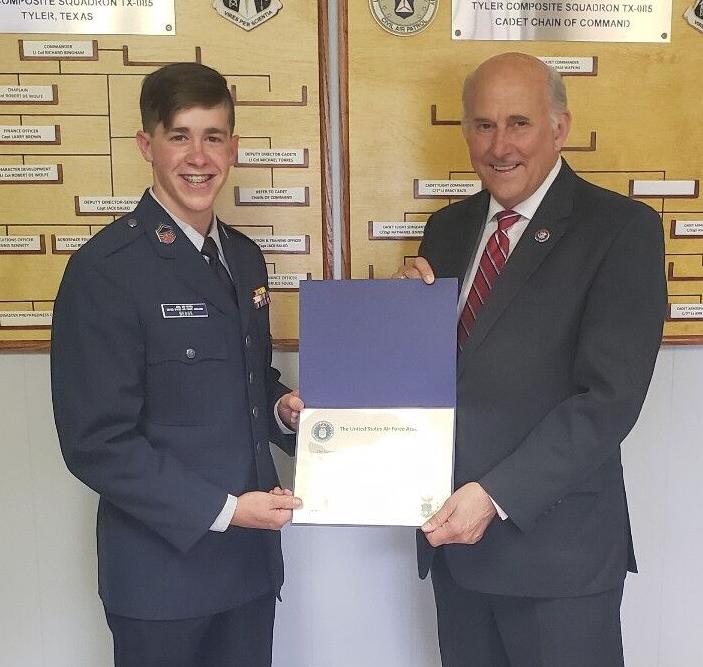 Josiah Warren Beggs, 18, a cadet senior master sergeant, said Thursday he’s grateful for the growth he’s seen in himself by being a part of the Tyler Composite Squadron Civil Air Patrol cadet program.

Beggs said he’s becoming more excited and anxious for June 24, which is when he will begin his time in the U.S. Air Force Academy.

“I didn’t expect to make it this far,” he said. “It felt so good (to receive a nomination from Gohmert). I’m one of very few who have made it this far.”

The Civil Air Patrol is an official auxiliary of the U.S. Air Force and nonprofit, where volunteers teach cadets like Beggs knowledge, including hands-on activities, about aerospace, leadership and character. Senior members of CAP are also tasked with U.S. inland search and rescue missions.

Beggs said he learned about CAP from a friend who was involved in the cadet program. After joining, he wanted to continue the disciplined lifestyle.

“The experience I had here at Civil Air Patrol is what made me interested in the Air Force Academy and the Air Force,” Beggs said. “The growth I’ve seen in myself is profound.”

In his speech at the ceremony, Gohmert said the Air Force is looking for people who are committed to America.

“They’re looking for somebody that will make a long-term commitment to serving their country,” Gohmert said. “And that’s what we’ve got in Josiah Warren Beggs.”

Gohmert encouraged Beggs to follow the rules of the U.S. Air Force Academy and push through the difficulties of his freshman year to see that hard work pays off in the end.

“You don’t let it get you down, and you do your very best,” Gohmert said.

The congressman said he was honored to nominate Beggs, and noted that the academy recognized the greatness within Beggs as well.

“We’re going to follow you with great interest and know that great things are ahead,” Gohmert said.

The Billy Mitchell Award marks the second phase of the CAP cadet program to recognize excellence in leadership, aerospace, fitness and character. Cadets who earn this award and enlist in the Air Force enter the service at an advanced grade of E-3 airman first class.

Gohmert said he appreciates what the Civil Air Patrol does for Texas and the country.

Capt. Jack Balko, who is one of the senior members at CAP in Tyler, said it was fantastic to have Gohmert come to honor Beggs and the other cadets.

“When we have these types of awards, we try to get the highest elected official we can get,” Balko said. “We’re just thrilled that he would make time for us.”

Balko said the purpose of the CAP cadet program is to develop good character and citizenship within the cadets, and he’s thrilled to see the cadets are becoming top-quality citizens.