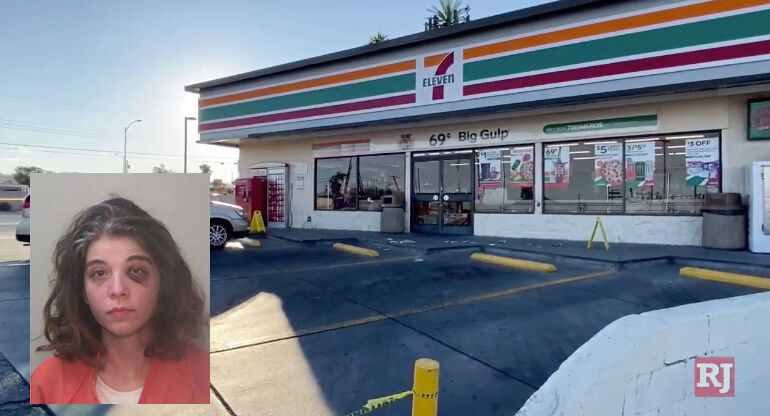 Kayleigh Nicole Lewis, 25, of Tyler, has been charged with manslaughter, aggravated assault and endangerment. Three from Tyler are being held as five were shot in this store, 10 people were fired at total. 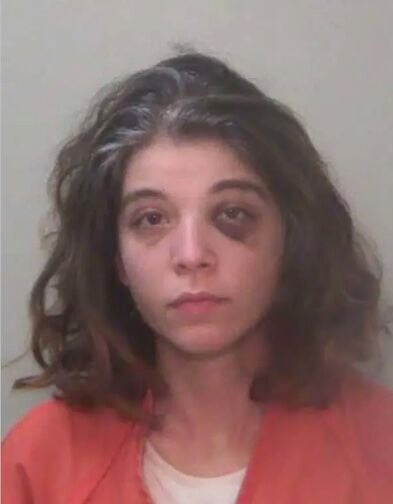 Three Tyler residents are suspects in a Thanksgiving shooting spree near Las Vegas where 10 strangers were allegedly shot at random for no reason.

Of the 10 shot at, one is dead and four are injured, police said.

Kayleigh Nicole Lewis, 25, of Tyler, has been charged with manslaughter, aggravated assault and endangerment. Christopher McDonnell, 28, and Shawn McDonnell, 30, were taken to separate hospitals. Shawn McDonnell was shot by police after a chase and was airlifted from the scene.

The Arizona Department of Public Safety said they received reports of the suspects on Thanksgiving morning at 8:48 a.m. and when their vehicle was located, the vehicle drove off the roadway and rolled over on the roof with the three inside.

According to the La Paz County Sheriff’s Office, Shawn McDonnell, 30, was flown to a Las Vegas hospital, and Henderson, Nevada police have custody of him.

Troopers said they were able to remove the three suspects from the vehicle and secure them for medical treatment. Several handguns were located at the scene and inside the vehicle.

Christopher McDonnell was in a separate hospital La Paz County authorities told reporter Glenn Puit of the Las Vegas Review-Journal and he is scheduled for an initial appearance Tuesday in Henderson (Nevada) Justice Court.

According to records obtained by the Tyler Morning Telegraph, the only prior incidents the three have in Smith County is a speeding ticket Lewis received on Nov. 13, 2020, here.

According to the Las Vegas Review-Journal, 22-year-old Kevin Mendiola Jr. was killed and three others were injured by gunfire in front of a 7-Eleven in the 800 block of Lake Mead Parkway. Four other shootings happened on roadways in the Henderson area around the same time, according to the Henderson police report.

“They traveled from Tyler, Texas, to Las Vegas,” Wolfson said. “It appears that these were events that were planned before they arrived here in Las Vegas. I believe they were primarily random shootings, but more information will come out in the near future about why they chose to shoot at particular people.”

The newspaper reported the three allegedly kept shooting in the Parker, Arizona, area, where three suspects in a sedan were ultimately arrested.

Henderson, Nevada police were initially called to the 7-Eleven on Lake Mead Parkway at 12:54 a.m., the newspaper said and at that point, they found Mendiola dead and three others injured. Five were shot inside the store.

The newspaper reported Facebook posts indicate that the younger Mendiola attended Arizona’s Legacy High School and played football there. His Facebook page indicates that he lived in North Las Vegas.

According to the Review-Journal, witnesses and video evidence show a white woman with “dark discoloration under her left eye and a white male wearing a black long sleeve shirt and camouflage pants with possible tattoos on his face” went into the store and left. The man then began shooting a handgun.