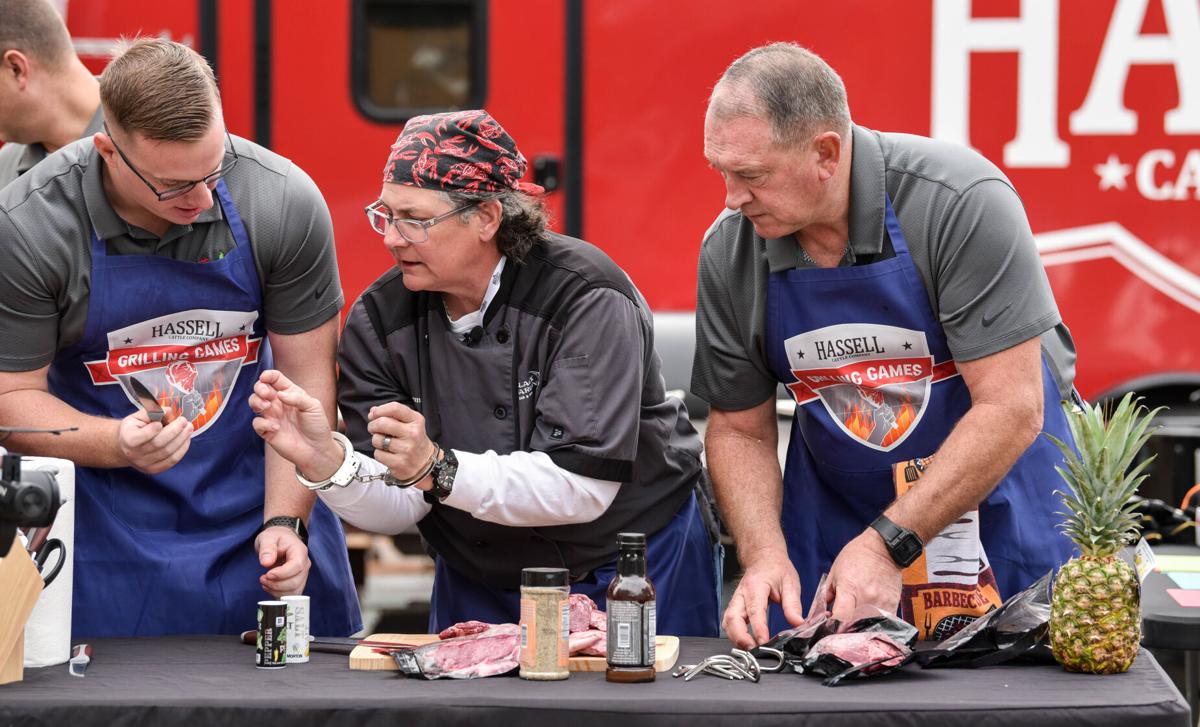 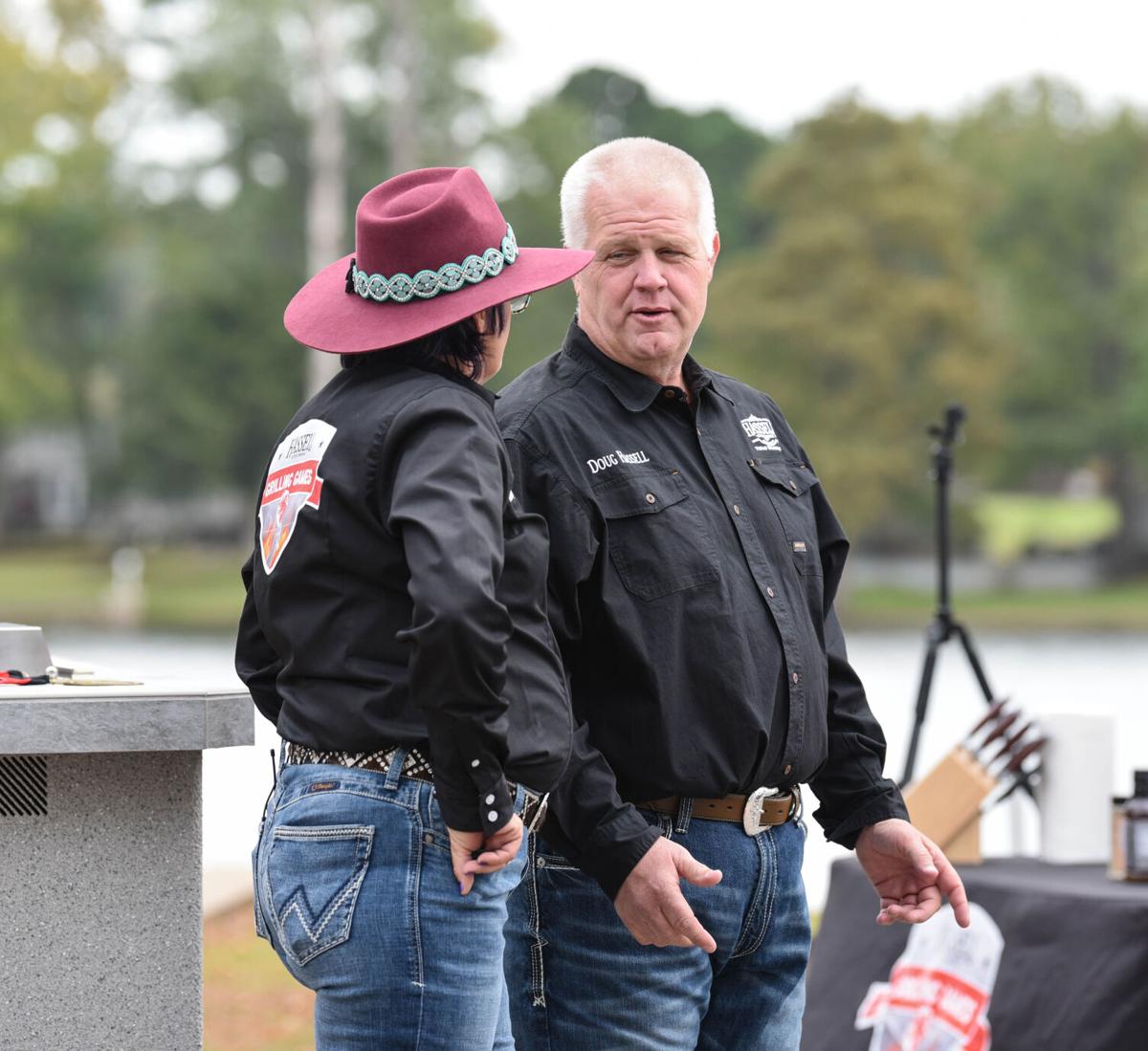 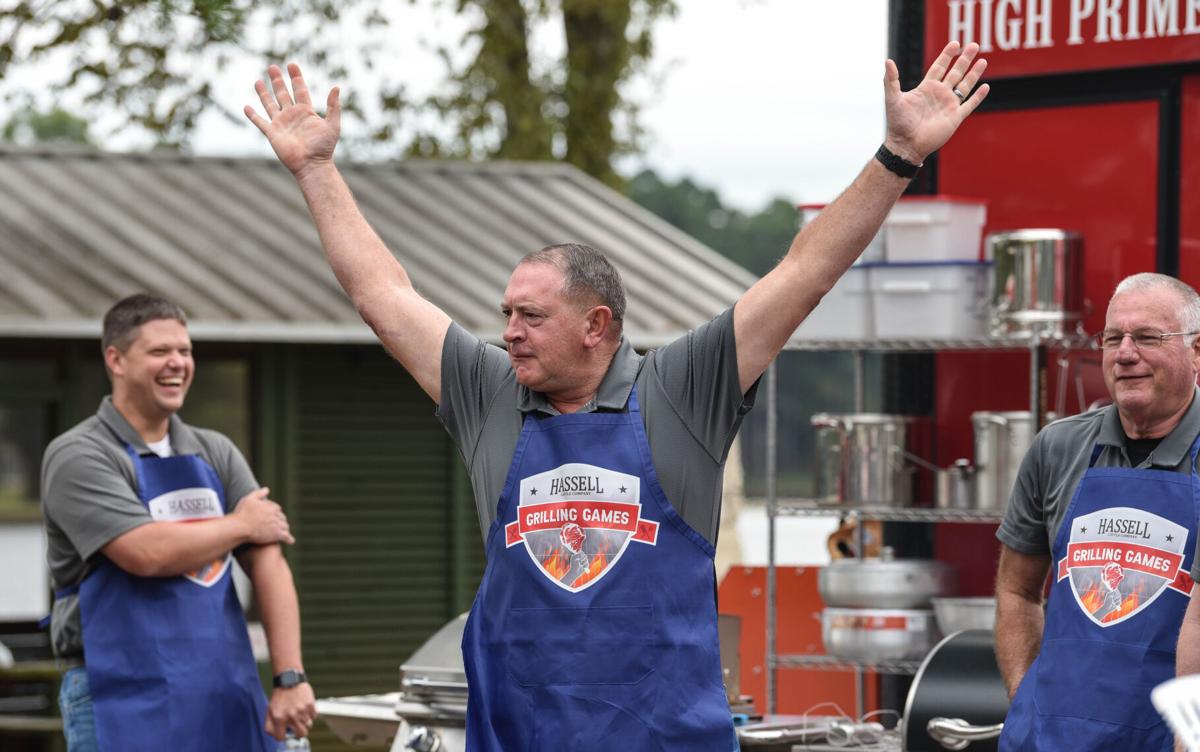 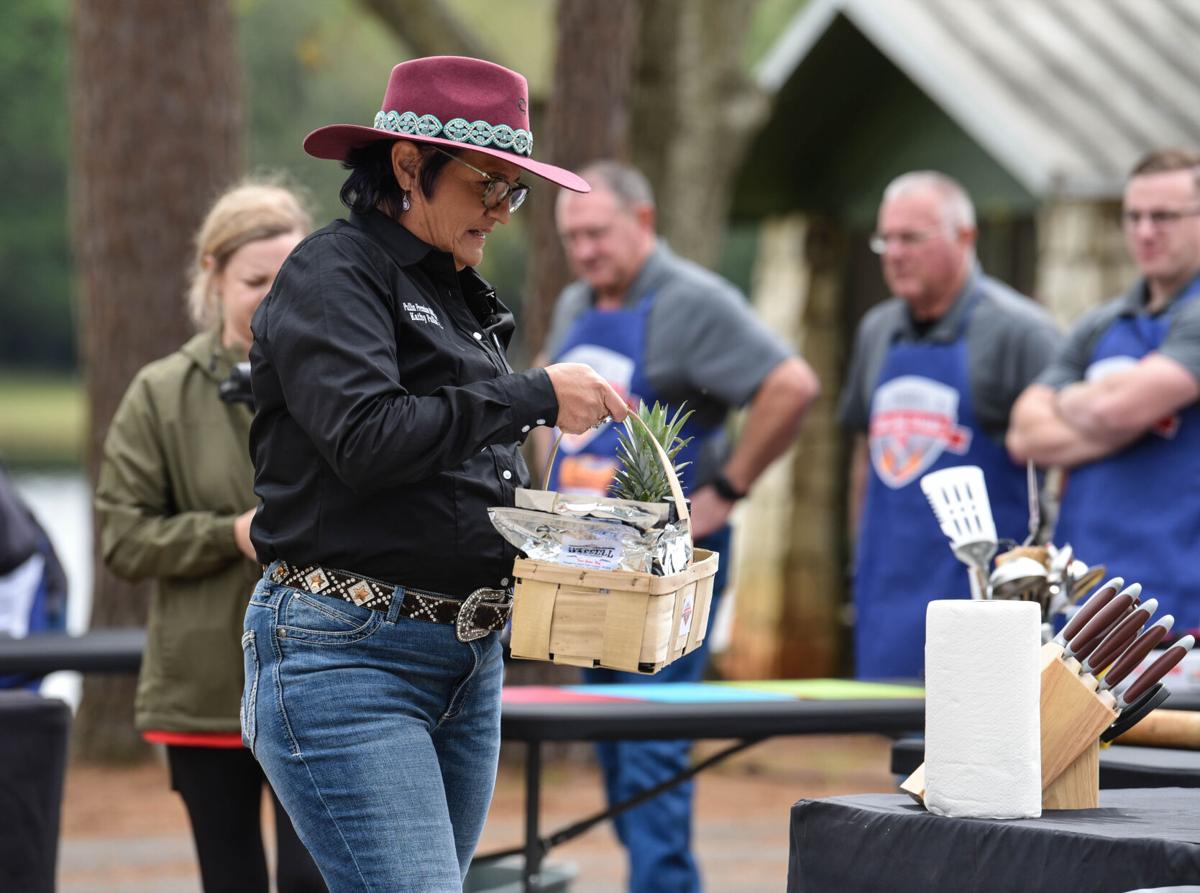 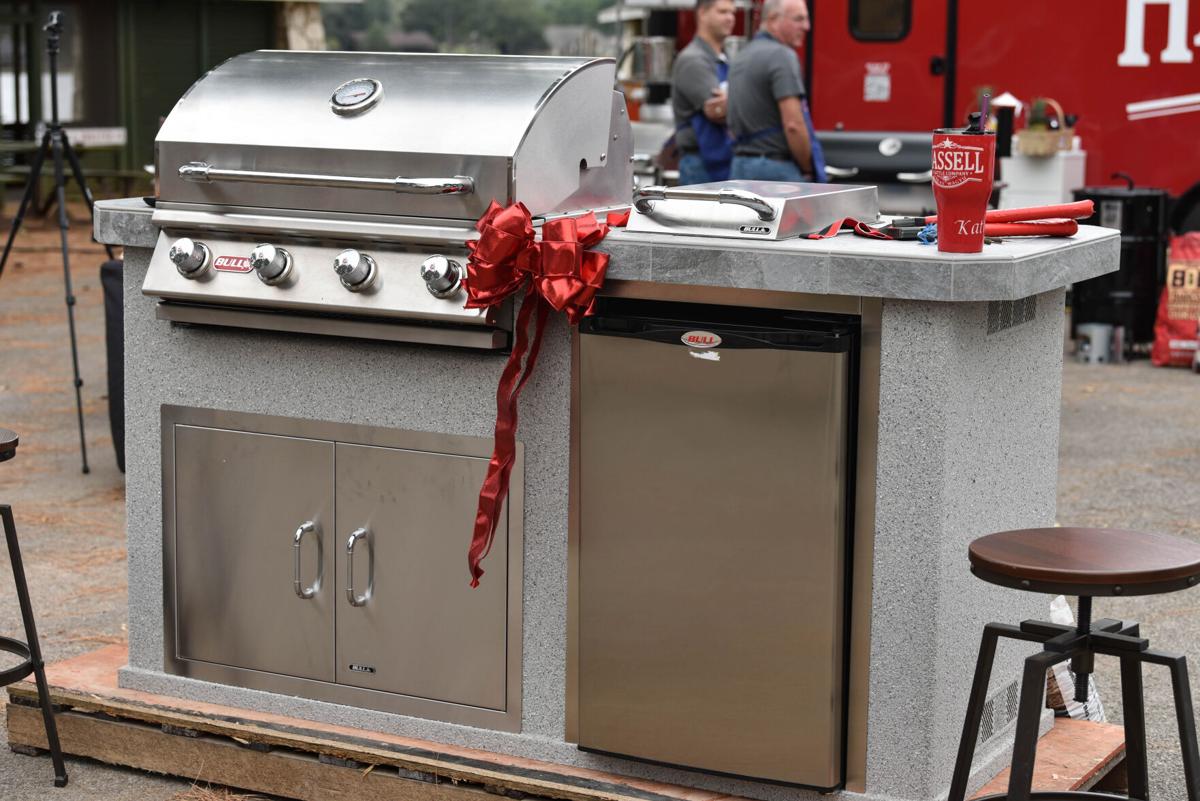 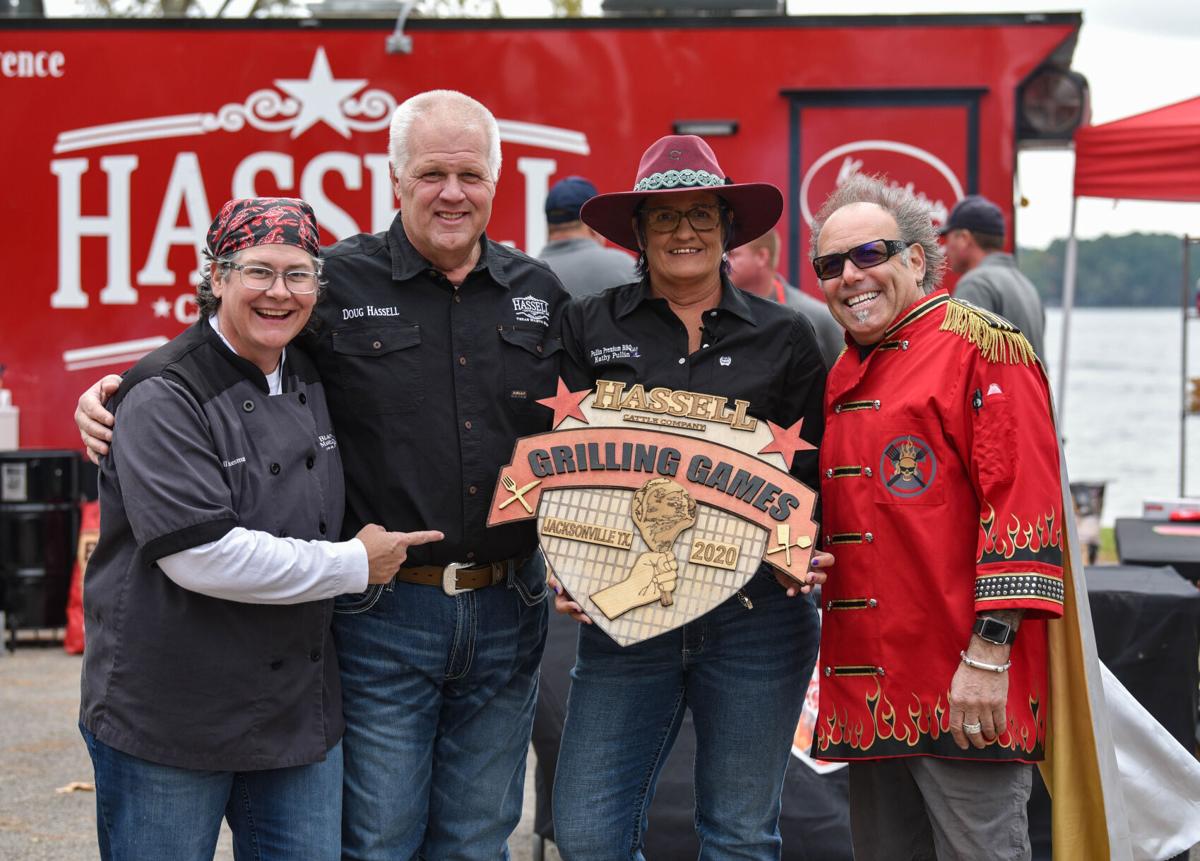 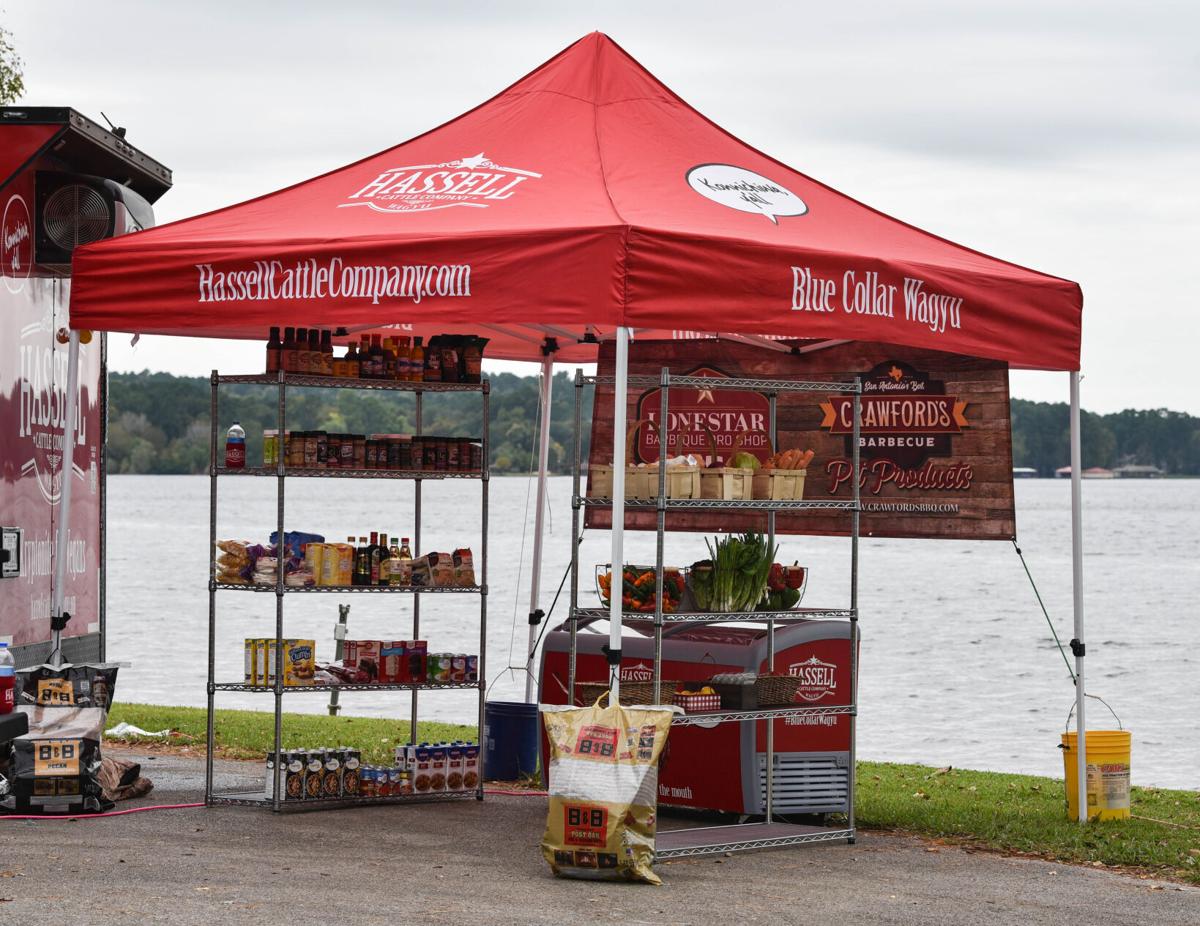 The “grocery store” for the Hassell Cattle Company Grilling Games was stocked with ingredients for contestants to choose what they would like to include in their dish with a one minute time limit.

The “grocery store” for the Hassell Cattle Company Grilling Games was stocked with ingredients for contestants to choose what they would like to include in their dish with a one minute time limit.

Two FoodNetwork celebrity chefs teamed up with the Jacksonville fire and police departments on Saturday for a friendly competition as part of the Hassell Cattle Grilling Games, where the participants’ outdoor BBQ skills were “sear-iously put to the ultimate test!”

The day-long competition, hosted on the shores of Lake Jacksonville, was filmed in the hopes of launching a 13-episode series that will benefit first responders in the East Texas area.

“We have been talking about filming a show that showcases smaller towns and what makes the town special,” Doug Hassell, of Hassell Cattle Company in Rusk, explained. “We also wanted a show that gave back to first responders.”

“We wanted to find a way to show appreciation for what our first responders, better known as local heroes, do for the town,” Hassell continued.

For Hassell Cattle Company, a three-generation ranch and home of the exclusive Blue Collar Wagyu beef, a small-town celebrity barbecue competition seemed like the perfect fit.

“I hope we produce a great pilot that the TV group likes,” Hassell said. “But most of all, I want everyone to have a great time at the event. I want to show that our first responders are just like all of us. They love life and people.”

During the inaugural event, four competitors from the Jacksonville Police Department were pitted against a four-member team from Jacksonville Fire. After an axe-throwing competition to determine which celebrity chef would pair up with which team, Gail Huesmann, of Black Marlin in Port Aransas, and Stretch Rumaner, of Grinders BBQ in Kansas and Missouri, joined the competitors to craft the best-tasting barbecue using Texas wagyu products.

“The community was wonderful, and the filming went really well,” Hassell said. “There’s gonna be a little trash talk any time you have the fire and police departments out competing, but it was all in good fun. I was shocked at how well they both went to work and really got into the cooking.”

Jacksonville Mayor Randy Gorham, Brad Orrison of The Shed BBQ & Blues Joint and Bryan Crawford of Crawford’s Barbecue determined the winner – who will remain undisclosed in hopes that the TV pilot is picked up, officials said – and offered up a prize including an outdoor kitchen unit from Bull Grill, a Recteq-700 wood pellet grill, and proceeds from VIP ticket sales during Saturday’s filming event. In total, the event raised an estimated $9,000 for first responders.

Hassell called the event great fun, and said film from the day will undergo production for the next month or so before the pilot episode is available for viewing.