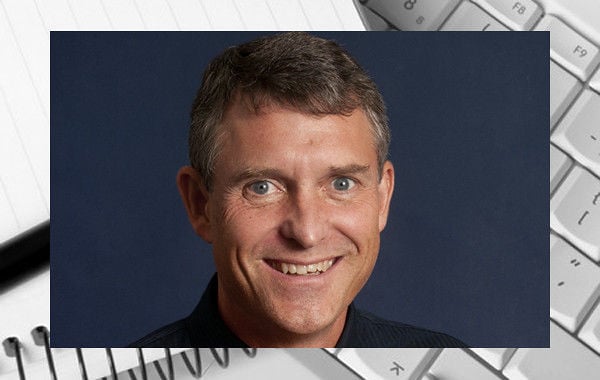 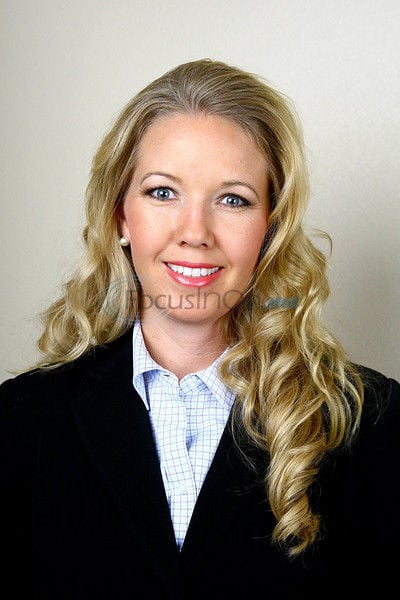 Ashley Kutach had law-school aspirations for a spell but ultimately decided that corporate training is where she belonged.

Today, Ms. Kutach serves as director of training and development for Core Insights in Tyler.

She grew up in the Rio Grande Valley in the small town of Los Fresnos, population 1,600.

"I liked it," the Bullard resident said of growing up in a small town. "It was close to the beach, and I love the beach.

"My mom worked at the school, so you couldn't get away with anything. They know everything, from a grade you made to who you sat with at lunch."

"That area is well-known for its grapefruit, cotton and other agriculture products," said Ms. Kutach, who grew up with an older brother.

At Los Fresnos High School, she was involved in many activities, including cheerleading, tennis and drama. She also "spoke quite a bit of Spanish," seeing as the area is predominantly Hispanic.

"Some of my friends' parents didn't speak English," she said.

Ms. Kutach graduated from high school in 1993 and then attended what is now Texas State University in San Marcos. She earned a Bachelors of Arts in speech communications three years later.

"I thought at the time I was going to go off to law school, but I decided my senior year that that wasn't what I wanted to do," she said.

Instead, she jumped into graduate school, earning her Master of Arts in speech communication in 1997.

Her first job out of school was with a staffing firm in Austin.

"It was a horrible fit," she said. "I loved the people but hated the work. It paid the bills."

Two years later, she took a job as a trainer with a bank, and she found what she was looking for in a career.

"The one thing I really wanted to do is train employees," she said.

Her job was training new hires to handle phone calls to people who had defaulted on their credit cards. The trainees were taught how to take a "softer approach" to getting the defaulters to pay their debts.

"It wasn't harsh or threatening," Ms. Kutach said. "We said, ‘We know you're having a tough time, and we want to help you.'"

She spent 13 years with that company, which operated under three different names when she worked there. She eventually moved into leadership development.

With family in the Tyler area and being able to work remotely, Ms. Kutach and her husband, a stay-at-home dad, decided to move east.

"We had visited up here on various occasion and loved the area," she said. "It's a pretty area. We love the trees. Without much research, we sold our house, loaded up the U-Haul and moved this way."

She continued working for the bank until June 2012, when she took a job with Core Insights.

"I'm part of any and all parts of that," she said. "I research and develop different training programs. I facilitate the programs. I do some executive coaching. There are days when I'm sitting in my office, researching something we're going to do in the future. Some days we're in Longview, facilitating a training session on something like conflict resolution.

"Hands down, the most rewarding aspect of my job is when we get to the end of the training session and people say, ‘Wow, I just never thought of things this way. Not only is this going to help me with work, it's going to make a huge impact on how I communicate with my kids or the relationship I have with my brother,' or whatever it is that's personal to them. To me, that lets me know that I not only gave them some actionable skills, they feel connected enough that they can see how it's applicable in their lives."

Her husband, Andy, does part-time nonprofit work in Dallas.

They met through mutual friends in college. Ms. Kutach's sorority decided to have a "date dash," for which the women have one hour to get dressed and find a date.

"A girlfriend said, ‘Why don't you take Andy? All of his friends are going. It'll be a group date,'" she said. So it was set up, and their first date was to a tiny bar.

Ms. Kutach, 38, said much family time these days is spent up at the football field, where her fourth-grader plays and her second-grader cheerleads.

Ms. Kutach said she enjoys hiking, camping and walking, but her favorite activity is quality time in the back yard.

"We love to hang out on our back patio," she said. "We have friends over on Friday or Saturday night. We just hang out with our friends and let the kids play and just spend some time relaxing."

Most subjects for this column come from business cards randomly pulled from a briefcase. If you would like to be featured, just send a business card to Managing Editor Brian Pearson at 410 W. Erwin St., Tyler, Texas, 75702, or email him at bpearson@tylerpaper.com.