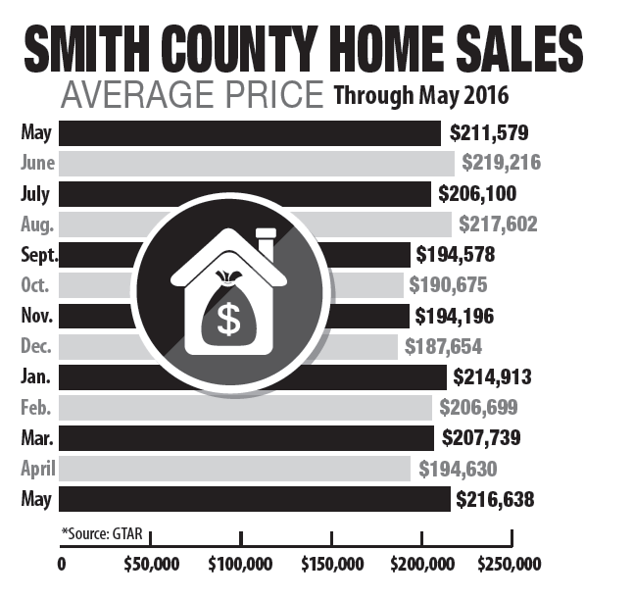 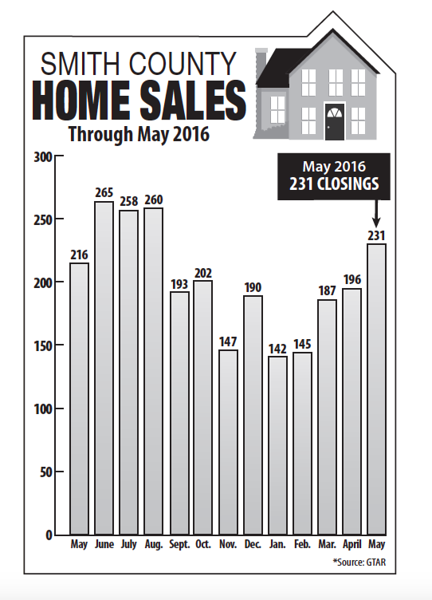 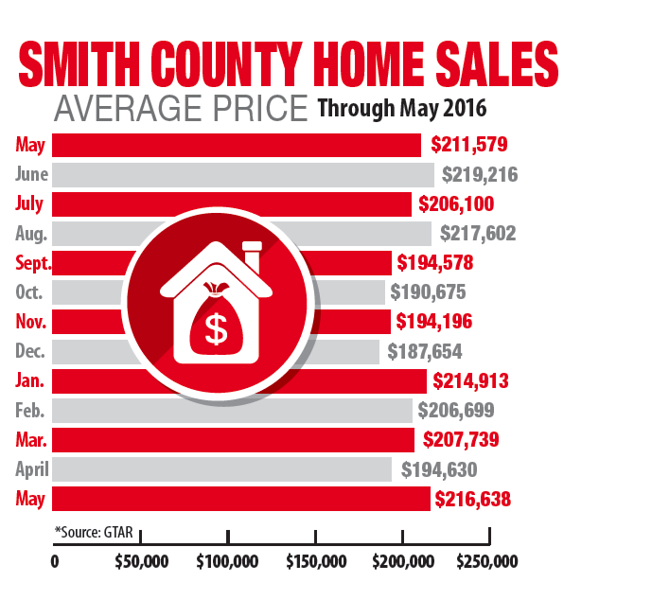 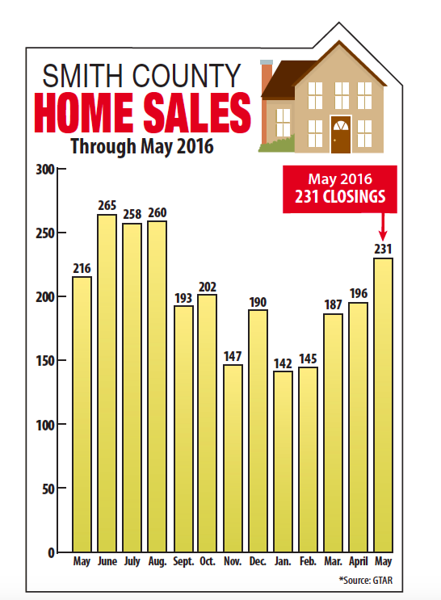 Smith County home sales ticked up substantially in May, showing that a healthy summer sales season is underway. Average prices also are up, showing high demand.

A total of 231 homes were sold in Smith County in May, a nearly 19 percent jump over the 196 homes sold in April. That’s even better than the 15 percent increase home sales saw between April and May of 2015 (the totals then were 188 in April and 216 in May).

“I love when we have numbers like these to talk about,” said Claudia Carroll, who chairs the Greater Tyler Association of Realtors. “May numbers were just unbelievable. We’re seeing that across the board.”

It’s a solid start to the summer, she said.

“We typically don’t expect to see numbers like these until July and August,” she added. “I don’t know if it was pent-up buyers from March and April when it rained so much, or what the reason was. But it’s picked up, and we’re happy about that.”

Agents are seeing the effects of lower oil and gas prices, she said. But the effects are not widespread, and they’re not drastic, at least in the Tyler area.

“I have talked to our board of directors, and they are all listing houses owned by landmen,” she said. “So we’re beginning to see an impact, but it has not affected values. You can only imagine what things are like in Midland and Odessa.”

Because of higher home values, buyers are having more and more trouble finding houses under $100,000 - at least, ones in good condition.

“There’s hardly an under-$100,000 market at all now, when you’re talking about three bedrooms and two baths,” she said. “In that respect, we’re seeing an appreciation in value. The under $100,000-homes are just not out there.”

The average price and median price of homes sold in May were both up.

The median home price is the midpoint of home sales prices in this case, the selling price of the 116th home sold in Smith County in May.

It’s a useful gauge, because it isn’t skewed by unusually high (or unusually low) home prices.

Another useful measure is days-on-market. That’s how long a home, on average, is up for sale before finding a buyer. That number dropped significantly in May, at 58 days, from April’s 71 days-on-market.

The month’s inventory essentially rose slightly, at 5.6 months, compared to April’s 5.3 months. Home inventory is how long, based on the past year’s sales rate, it would take to clear out existing inventory with no more homes introduced into the market.