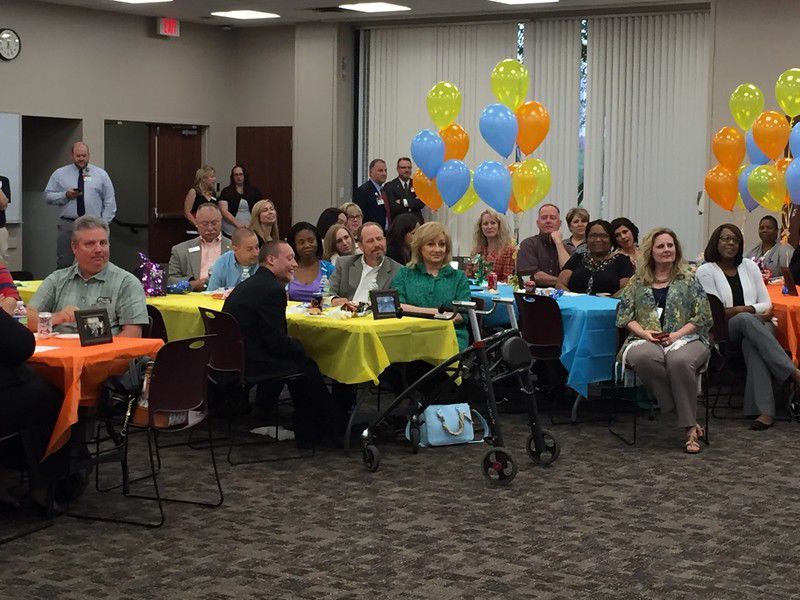 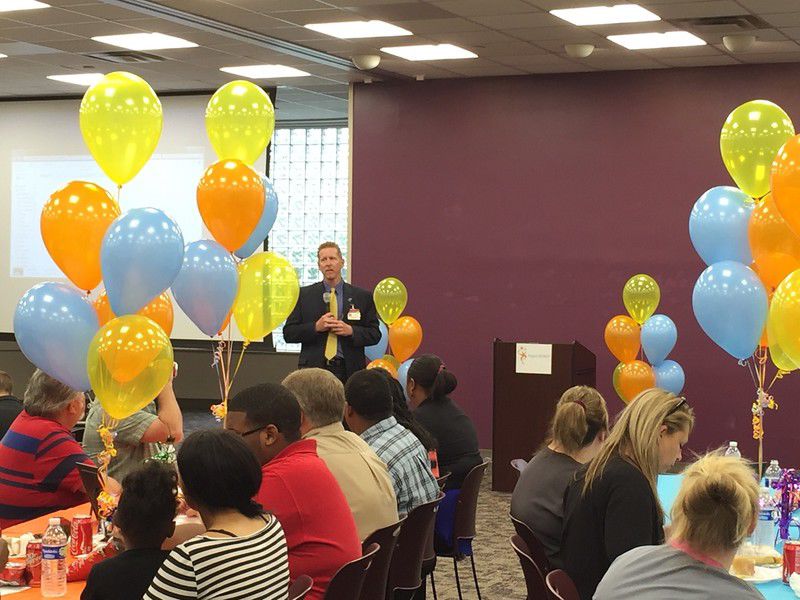 When Tyler ISD approached Christus Trinity Mother Frances last year about participating in an internship program, Vice President of Human Resources Tom Wilken knew the opportunity was a perfect pairing between the school and hospital.

Project Search is a one-year internship program designed to provide students with disabilities an opportunity to transition from school to the workplace through a one-year placement at a local business.

On Thursday, the hospital celebrated the culmination of this year's program with a graduation ceremony and reception.

The Department of Rehabilitative Service, Winning Edge Employment and the Andrews Center also helped with coordination, as the interns performed three 10-week cycles over the course of the year. Interns developed skills doing inventory, working in food service and the laboratory, helping as sterilization assistance and working in the print shop.

Through the program intern Alexia Cobb was hired as a regular employee in the café after her hard work.

"It's been great," she said. "I love talking to the patients and getting to know the employees."

Shannon Banks was recruited as a sterile processing tech. Devine said Banks set the record for most trays of surgical equipment set in an hour during his internship. She also described him as the class clown, helping to create a fun environment for his fellow interns and the staff.

Wilken said the program fits into the hospital system's values and principles. Nurturing development and growth is part of the outreach the hospital seeks to perform in the community, he said.

"The hospital is a great place to learn, because they've been totally embedded and treated as employees," Devine said. "A hospital is kind of like a big city, so you have all the job opportunities."

"It's part of who we are as an organization and our mission at Christus Trinity Mother Frances," he added. "Our responsibility to our community is critical to what we do, and that's a huge value to us as an organization."

He said being able to recruit from well-trained interns also is a great incentive for the hospital.

"We get an opportunity to work with a great bunch of students," he said. "From a recruitment standpoint, it's valuable."

Wilken said orientation for the 2016-2017 group of interns already is set, and the hospital will be growing the program. Where the inaugural group had eight areas of opportunity to learn new skills, the next group will have about 30.

The graduating interns are: