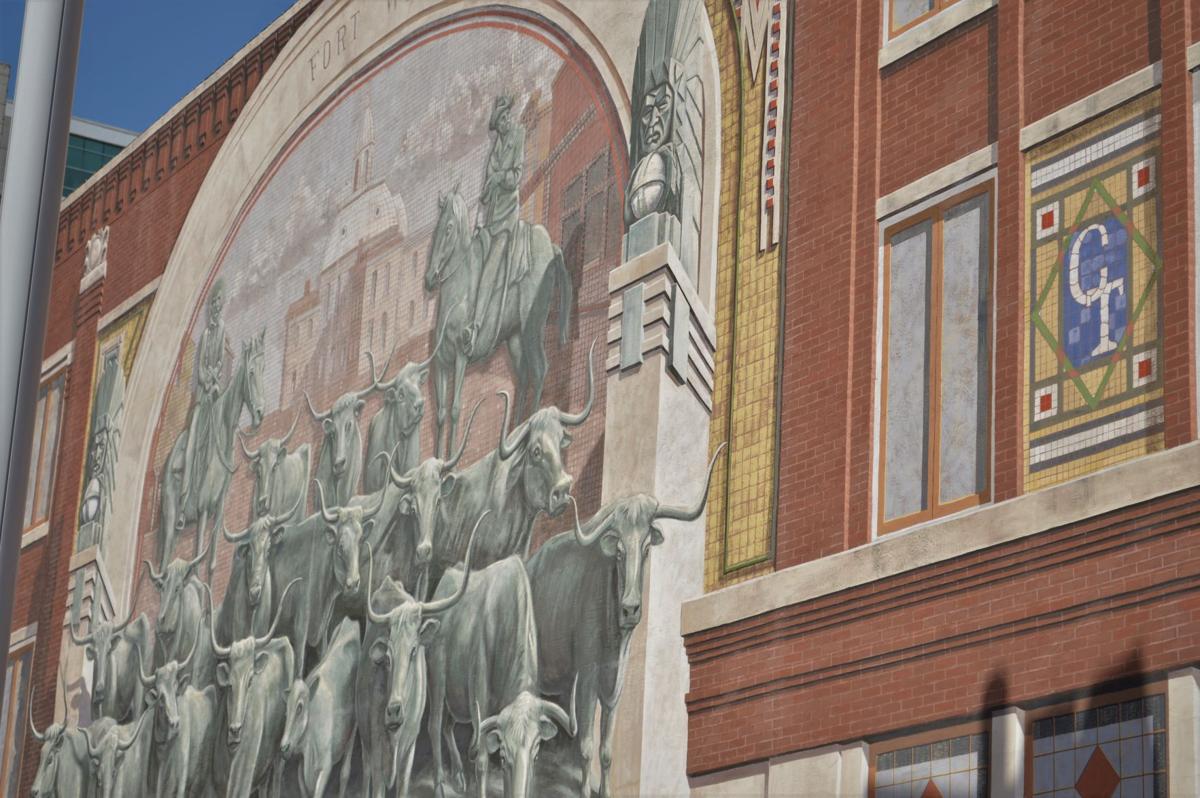 The cattle drive mural is one of the attractions of Fort Worth’s Sundance Square. 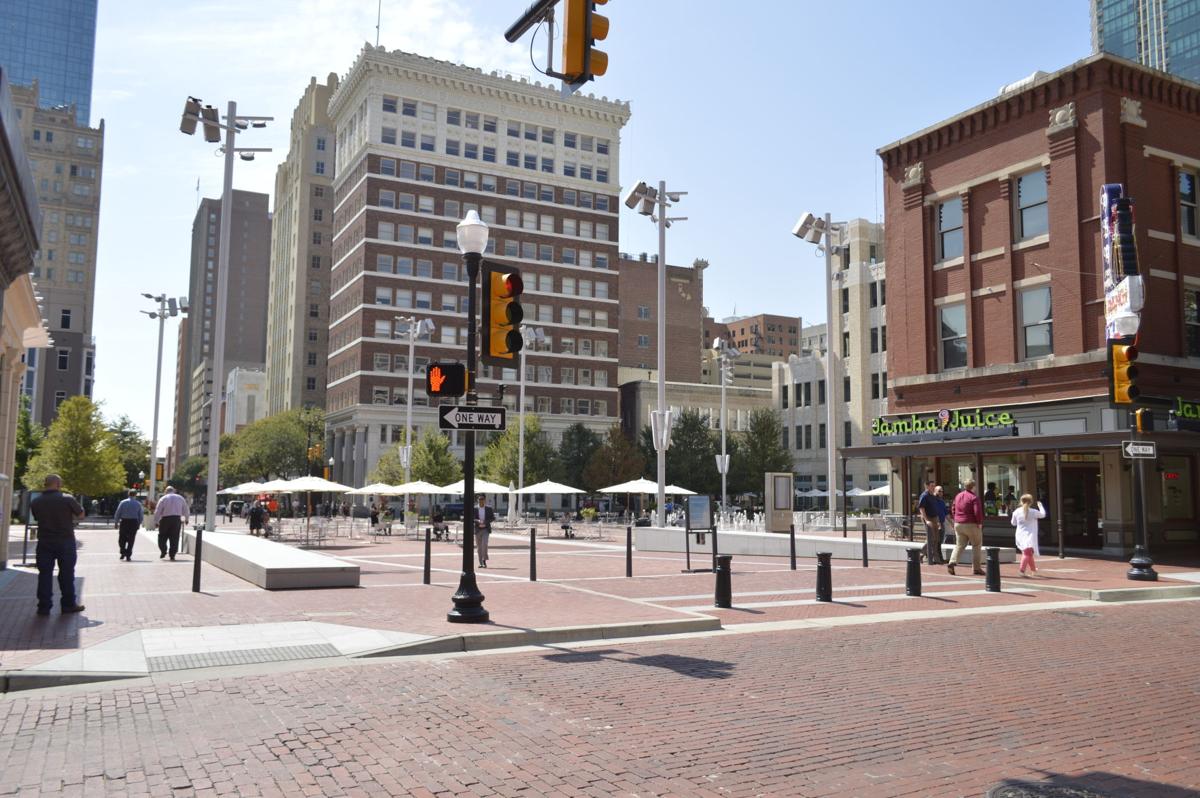 Sundance Square is in the heart of downtown Fort Worth. (Ann Bush/Lifestyles Magazine) 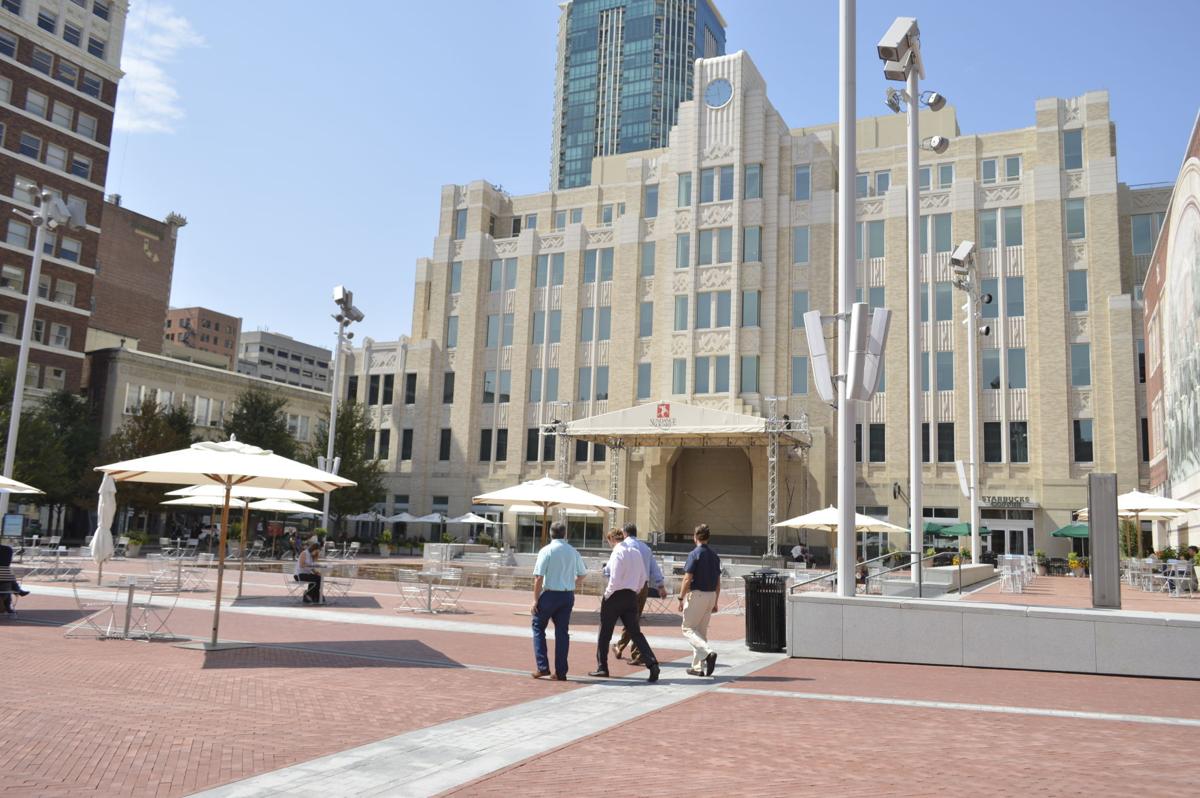 Historic buildings and skyscrapers share space in downtown Fort Worth.

The cattle drive mural is one of the attractions of Fort Worth’s Sundance Square.

Sundance Square is in the heart of downtown Fort Worth. (Ann Bush/Lifestyles Magazine)

Historic buildings and skyscrapers share space in downtown Fort Worth.

“Other states were carved or born. Texas grew from hide and horn.”

Fort Worth, the “Queen of the Prairie,” is using its colorful past to create a vibrant downtown.

In 1849, the army established a military camp at the site of the city and named it after Gen. William Jenkins Worth who fought in the Mexican-American War. Located near the Trinity River, the fort became a stop on cattle drives and early railroads.

The Chisholm Trail, one of the early cattle-drive trails, passed through the camp. By some estimates, more than 10 million head of cattle have been driven through Fort Worth.

“The cattle drives laid the foundation for Texas’ wildly successful cattle industry and helped elevate the state out of the Civil War despair and poverty,” says the Texas Historical Commission in its Chisholm Trail Guide for Heritage Travelers.

The cattle drives ended in late 1889, but Fort Worth kept growing. Throughout the 1900s, suburbs and shopping centers on the outskirts of the city, drew people away from downtown, which fell into a decline.

“When I was growing up here in the ‘50s and ‘60s, there were so many colorful, quaint and interesting little businesses downtown,” says Linda Thornton from the Fort Worth Main Street Visitor’s Center. “I would ride the bus into town and wander around, taking it all in.”

Not willing to let the decline continue, city planners and residents rallied in the early 1980s behind a downtown master plan that called for establishing a public plaza in the hub of the city, building new space for retail and encouraging the restoration of buildings.

Dedicated in 2013, Sundance Square is a 2,000-square-foot area that often is the site of special events. Four 32-foot tall umbrellas measuring 40 feet by 40 feet cover the area. At night multicolored lights illuminate the umbrellas.

Benches and trees surround a fountain that, in synchronization with music, sprays up to 12 feet.

The Westbrook Building on the square has a stage built into its façade for concerts. Family-friendly movies are shown from a big screen at the stage each summer.

The Sid Richardson Gallery proudly displays the work of cherished western artists such as Frederic Remington and Charles Russell.

Built in 1902, the Chisholm Trail Mural Building features a neoclassical design. The building began as a ticket office for the Interurban Railway that ran between Dallas and Cleburne. The top floors were sleeping quarters for conductors and rail staff. Now it houses the offices of radio stations, popular restaurants and allegedly a few ghosts.

The large mural on the building of charging longhorns followed by cowboys was painted by Richard Haas.

One of the architectural jewels of Sundance Square is the Knights of Pythias Castle Hall building built in 1881. It resembles a medieval castle.

It housed the small watch business of entrepreneur G.W. Haltom, who later added fine jewelry and diamonds to his selections and expanded the business to occupy the entire ground floor. He added a four-faced clock to an exterior corner of the building. Haltom’s Jewelers and the clock are still located there.

The Domino Building next door has an interesting history. The Buck’s Domino Parlor, where fortunes were won and lost, once occupied space there. Outlaws Butch Cassidy and the Sundance Kid and kingpin of high stakes gambler Luke Short frequented the gaming house, which became known as the Casino of the West.

On the west side of Sundance Square is the charming 12-story Burk Burnett building. Built in 1914, it was one of Fort Worth’s first skyscrapers and originally the home of the State National Bank. Its elaborate white terra cotta cornice roof is a stark contrast to the shiny glass new skyscrapers nearby.

The Western Union building is an excellent example of art deco architecture. Built during the 1930s, the zigzag motif in its terra cotta detailing and brick parapet are dramatic.

Miniature lights outline the building and its windows and overlook ground-floor restaurants with sidewalk dining, which creates a romantic atmosphere.

As visitors stroll down Main Street, the mighty Tarrant County Courthouse greets them. Built in 1895, it is one of Fort Worth’s architectural masterpieces.

Guided walking tours of downtown are available. Watch for Molley the Trolley, a free shuttle service that takes visitors to the nearby Cultural District and famous Fort Worth Stockyards.

One way to avoid the traffic of downtown Fort Worth, is to park at a DART (Dallas Area Rapid Transit) lot on the outskirts of Dallas. Take the DART to the DFW International Airport to hop on the Trinity Railway Express, which goes to downtown Fort Worth.

Ann Bush is a freelance writer based in East Texas.