The Ford Center at The Star is an attraction for football fans. (Courtesy/Visit Frisco) 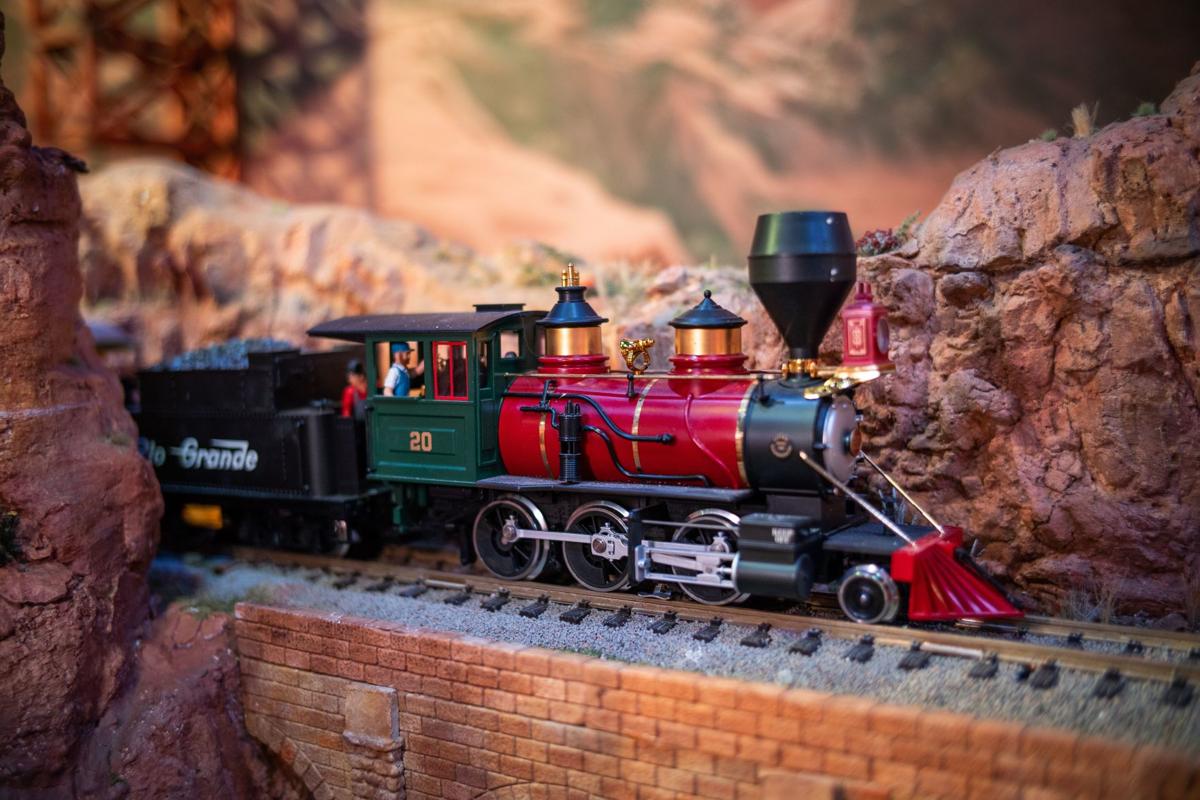 At TrainTopia, a G-gauge model railroad fills a room and has multiple trains chugging through realistic scenery. Courtesy/Visit Frisco) 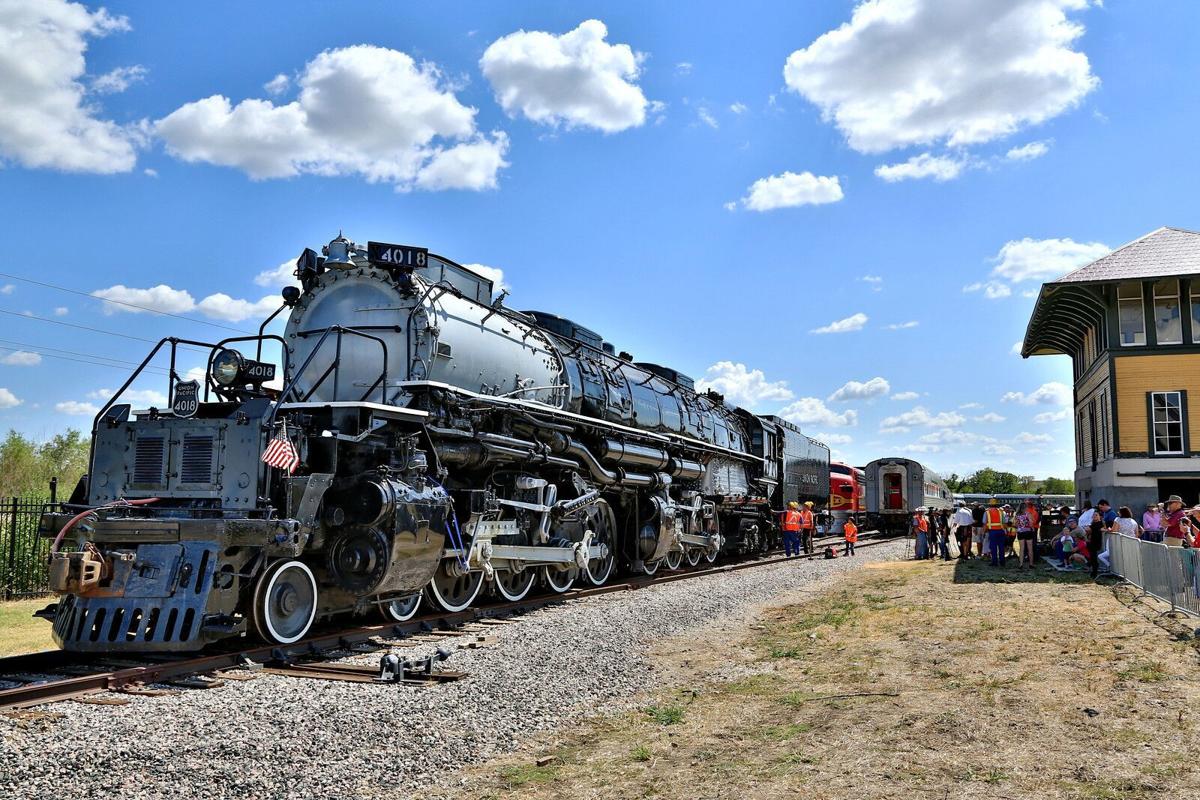 The Museum of the American Railroad pays homage to Frisco’s early years and the important role that railroads played in America’s expansion westward. (Courtesy/Visit Frisco)

From a modest beginning at the turn of the 20th century, when Frisco was known for cotton gins and railroads, over 100 years of progress has turned this little train stop into a mecca of cultural and sporting events.

Located in Denton and Collin counties, the rapidly growing city is approximately 25 miles north of Dallas and within a short drive of the huge Dallas/Fort Worth International Airport.

Even if you're not a Dallas Cowboys fan, you have to admire that team owner Jerry Jones and the city have created The Star.

The 91-acre complex, which is 25 minutes north of Dallas, houses, among other things, the corporate offices and training facilities of the Dallas Cowboys.

Cowboys fans can tour the practice complex which includes the 12,000-seat Ford Center, a scaled-down replica of AT&T Stadium, where the Cowboys play their home games.

During a tour this summer, about a half-dozen Cowboys players were on a practice field and other players were seen in the weight/workout room.

The tour included stops in the conference room where the coaches and owners pick players in the NFL draft, and the theaterlike media room where coaches and players go over game film.

The Star also features restaurants and retail shops in a family-friendly setting.

For a cool snack, try an ice cream stacker at the Texas Cow-Tipping Creamery. My favorites were the Lemon Drop (soft serve with fresh lemon curd) and the Southern Charm (soft serve with caramel sauce, honey-dusted pecans and Southern Crack Candy).

With 300 elegant rooms, The Omni Frisco Hotel is the icing on The Star's cake. Its Neighborhood Services restaurant offers a wide range of choices and excellent wine and spirits.

Everything about the hotel is designed to make football fans feel right at home.

The Rail District is a wonderful blend of the past and modern dining and shopping. The Eight 11 Place, a wine bar, has a great selection of brews and some of the best appetizers and pizzas in the city.

The Sugar Bacon and Peach Goat Board is a clever combination of sweet bacon, shredded basil, sharp yet smooth goat cheese, peach jam and a wonderfully crisp crostini.

Just down the street are two great places to eat — Randy’s Steak House and The Heritage Table —  both of which are located in historic homes.

For the vegetarian and gluten-free lovers, there is no better place than UP Inspired Kitchen. Its carrot pecan muffin was one of the best muffins I’ve ever eaten. The salmon on toast with pickled red onion, arugula and lemon vinaigrette is a beautiful thing.

Shopping in the Rail District is an adventure. From treasure hunting at the Frisco Resale to the cavernous Frisco Marketplace, you'll be sure to find something you can’t live without.

Also check out the Frisco Rotary Farmers Market and the Frisco Fresh Market for baked and canned goods and fresh veggies and fruits.

You can’t leave Frisco without a visit to the Museum of the American Railroad, which pays homage to Frisco’s early years and the important role that railroads played in America’s expansion westward. The museum boasts over 60 locomotives and rail cars, including some of the best-preserved Pullman cars I’ve  seen. It has a Pennsylvania GG-1 and a Union Pacific Big Boy, one of the largest steam locomotives.

If that’s not enough, try your hand at the scavenger hunt at TrainTopia. An indoor wonder, this massive G-gauge model railroad fills a room and has multiple trains chugging through realistic scenery. The museum's tour hours vary, so check beforehand.

The National Videogame Museum, which is located inside the same complex as TrainTopia, features more than 100,000 video game consoles, games and artifacts from the past. Next door, the Sci-Tech Discovery Center's hands-on exhibits are a hit with kids.

Among Frisco's other attractions are the Texas Sculpture Garden, which displays work, both inside and outside, by contemporary Texas artists, and Dr Pepper Ballpark, a 10,300-seat stadium that serves as home field of the  Frisco RoughRiders, a Double-A Texas League team. The ballpark features a lazy river in which patrons can float while watching a game.

Frisco is truly a bright star in the heart of Cowboys Country.

Tamra Bolton is freelance writer who lives in East Texas.