Sign Up
Log In
Purchase a Subscription
You are the owner of this article.
Edit Article Add New Article
Welcome, Guest
Search
E-edition
Home
Videos
TylerPaper.com
FocusInOn.Me Photos
TexasAllOutdoors.com
1 of 4 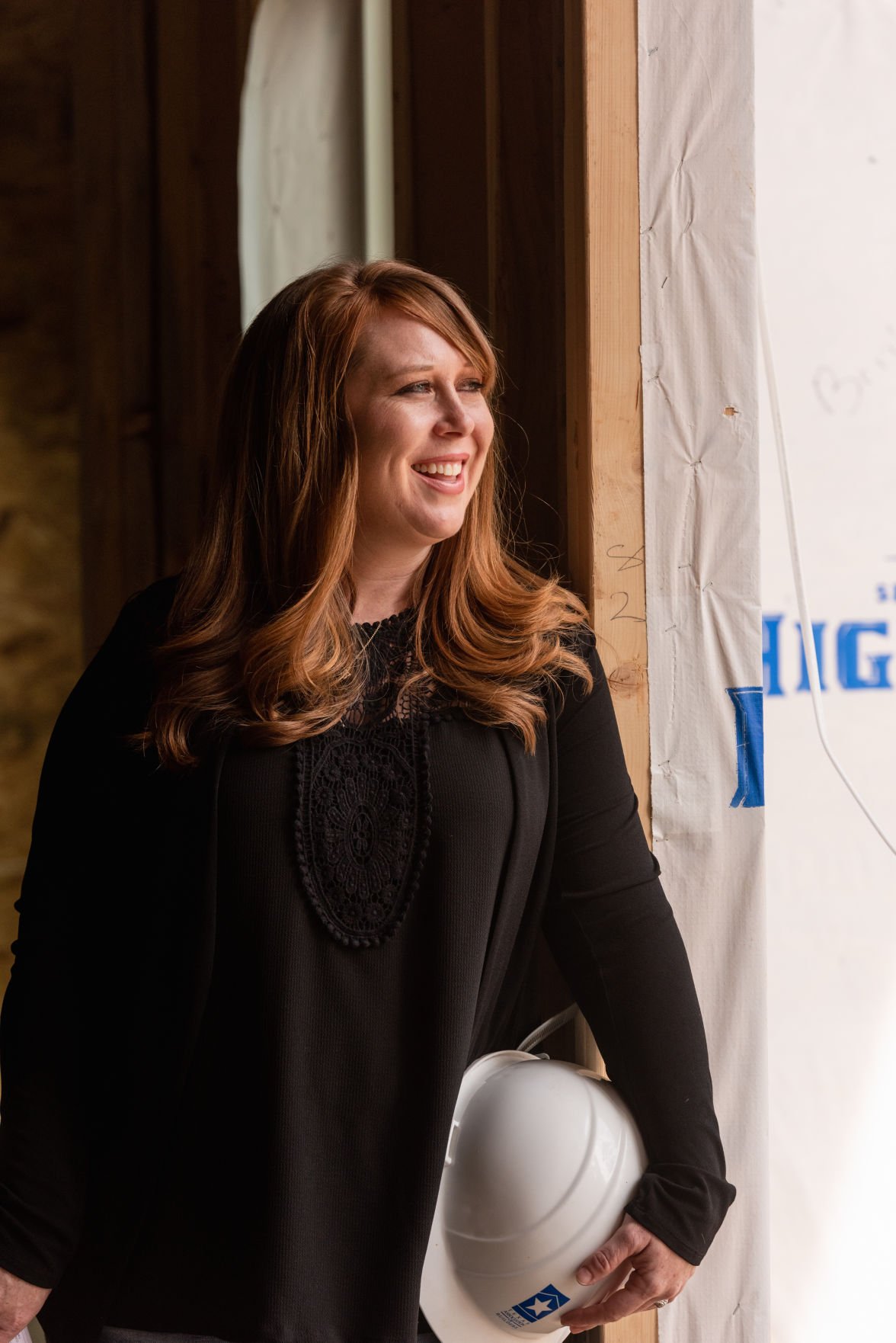 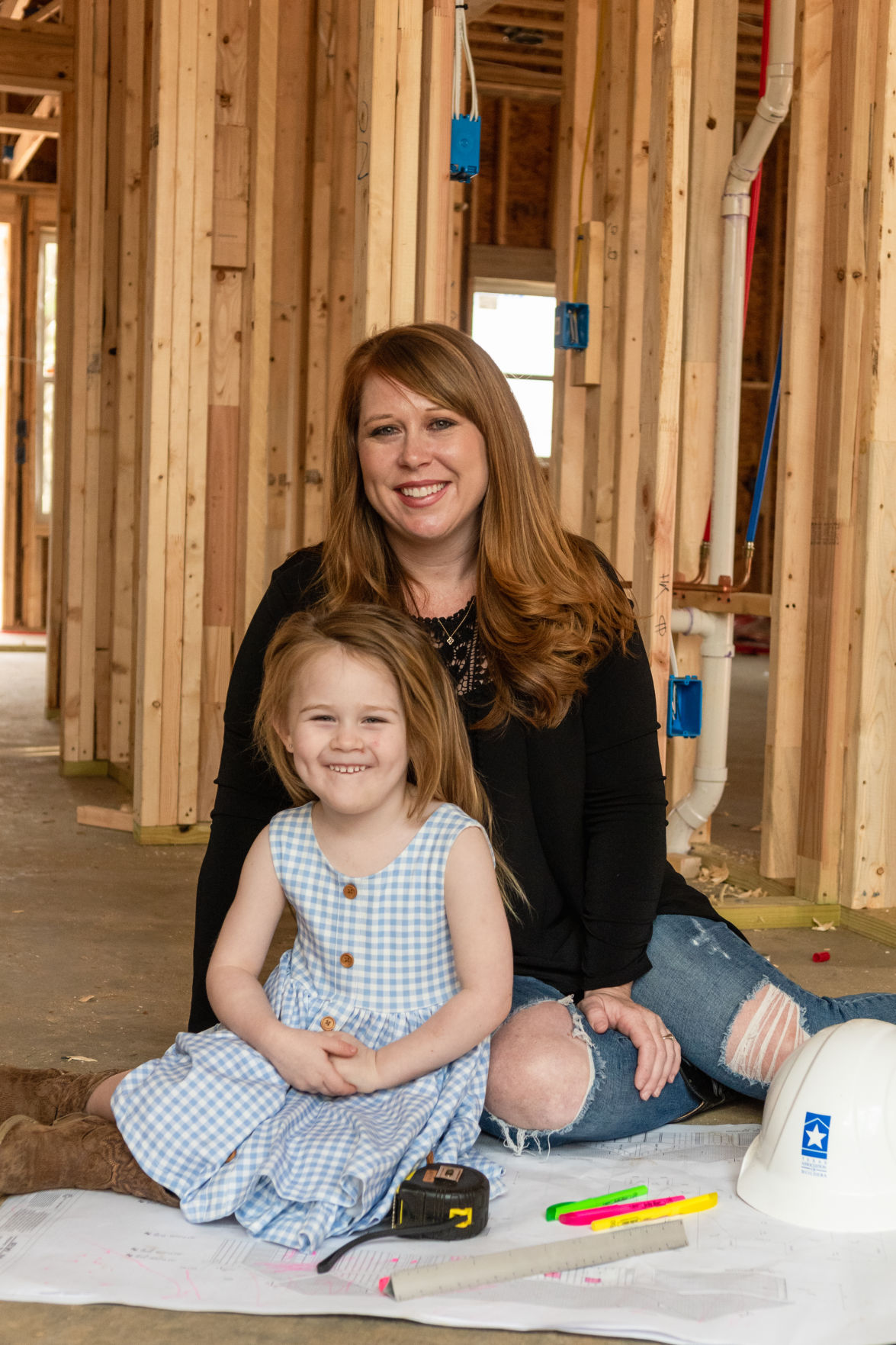 Erin Wright with her daughter, Henley, at a construction site. 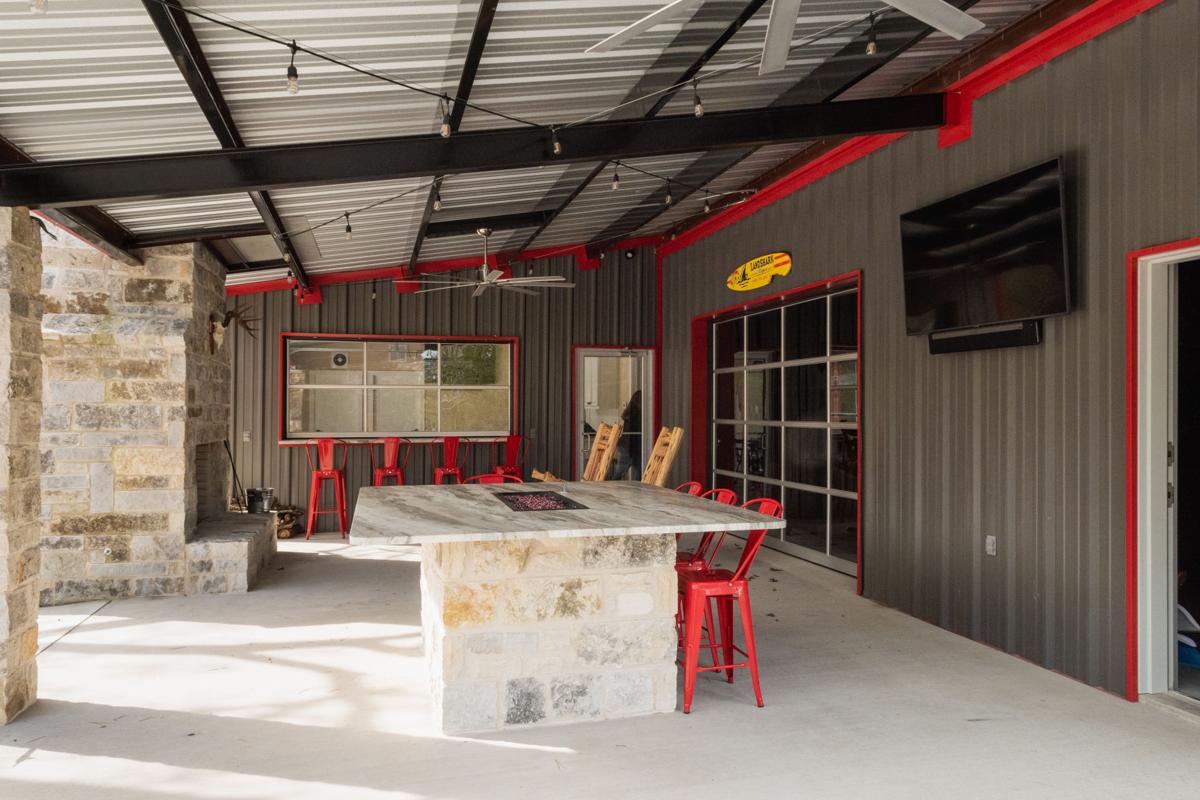 This is an outdoor living area in a home designer by East Texas homebuilder Erin Wright. 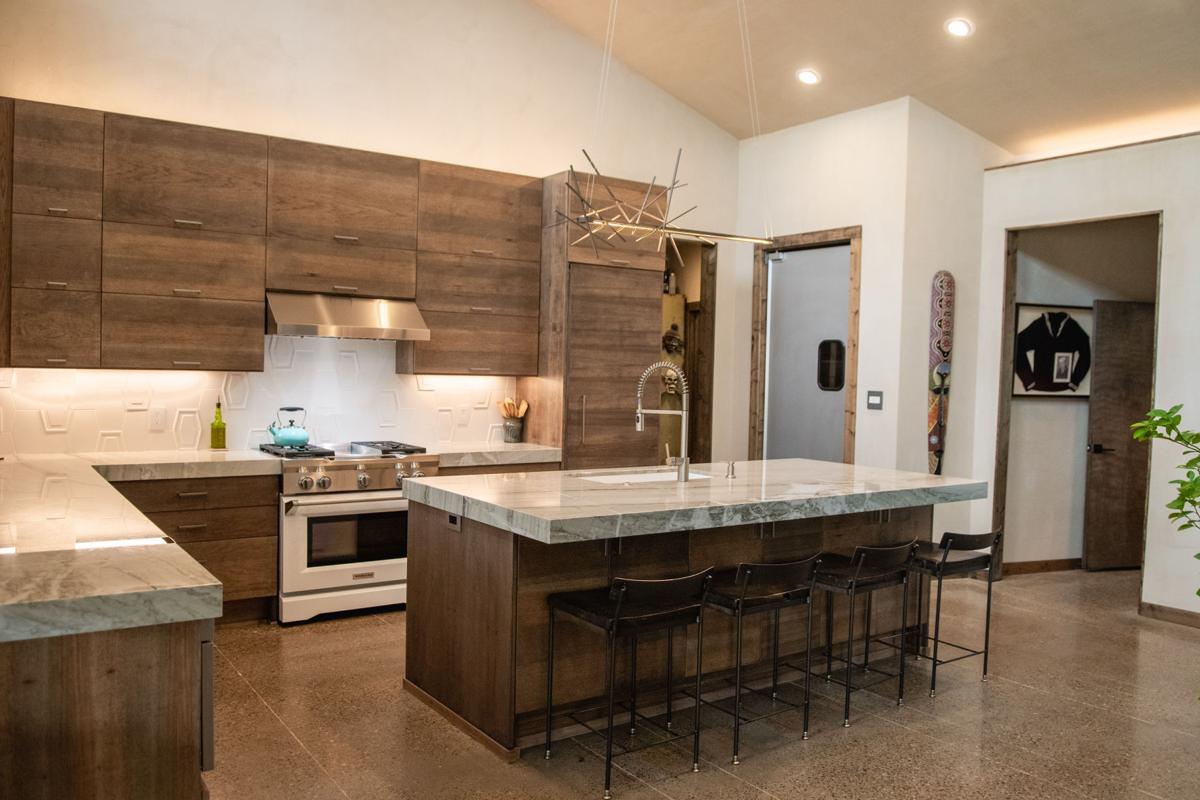 This is a kitchen in one of the homes designed by Erin Wright.

Erin Wright with her daughter, Henley, at a construction site.

This is an outdoor living area in a home designer by East Texas homebuilder Erin Wright.

This is a kitchen in one of the homes designed by Erin Wright.

Talk to Erin Wright about her work as a homebuilder and it's a safe bet — a very safe bet — that she'll bring up wabi-sabi.

The Japanese term embraces the philosophy that there is beauty in imperfection.

"It's finding the imperfection of the building material (be it reclaimed wood or rusted metal) and seeing the beauty in it," says the 39-year-old who has garnered national attention for her home designs.

It's hard to describe a Wright-Built home. She takes the elements of industrial, rustic and craftsman styles, shakes them up and produces something totally different and, yes, a little unconventional.

Wright says the result is something a bit "funkier."

"People who come to me are looking for something different," she says. "They want a very custom home. They don't want cookie cutter."

As owner and president of Wright-Built LLC, she has built homes that rest under unattached metal canopies that create large overhangs for covered outdoor living spaces and are supported by metal frames with exposed beams.

"Who needs all that wasted space and the cost of a high pitched roof," reasons Wright.

She questions why some houses, especially those on a lake or on a large wooded lot, need a traditional front door. She argues the space is better used for a large window that takes full advantage of an incredible view.

She once made a wall using the bottoms of thick translucent bottles.

"People thought I was crazy," she says. "It turned out great. It created sort of a stained-glass effect."

In her previous house located on Lake Hawkins, she put an attractive yesteryear looking bathtub in the corner of a second story bedroom near two windows (there were no neighbors that could look in) instead of tucking it away in a bathroom.

Wright says there always is a method behind her madness.

"I do what I do never just to be different," she says. "It always has a purpose."

Wright says that she makes sure the homes she builds for her out-of-the-box thinking clients are comfortable, easy to keep up, are as cheap to heat and cool as possible and, most importantly, meet their needs.

She is a certified Aging in Place Specialist, which means she keeps in mind that home should be functional for those who might one day be in a wheelchair or cannot reach high cabinets. She is also a Certified Green Professional, which means she uses techniques and products that are efficient and produce less waste.

Wright is active and has held leadership positions in the Tyler Area Builders Association, Texas Association of Builders and National Association of Home Builders. She serves on the Young Professionals Council of TAB and NAHB.

In 2014, TAB awarded her with its Builders Excellence Under 45 Award and in 2018 its J.B. Sandlin Builder of the Year Award. It honored her design of a boathouse with a Star Award for Best Special Project.

Last year, the National Association of Home Builders named Wright as one of the nation's distinguished young building industry professionals

Wright has been involved in the industry since she was 19. The first project she took control of was a house for herself. She realized she had the ability to see how things needed to turn out and what to do to get it done right. More than anything, she says she was smart enough to surround herself with good subcontractors.

"I have been working with some of these guys (subcontractors) for over a decade," she says. "We're like a big family."

She also found she could save money by using old things in new ways. She says it's all about repurposing, reclaiming and reusing. That's where wabi-sabi comes into play.

In her houses, salvaged wood from torn-down barns show up as sliding doors and rusted sheets of tin are sometimes used on ceilings. Dipping into her repurposing trick book, she can transform just about anything into a decorative light fixture.

These touches set her apart and give her homes a much-wanted wow factor.

"But what I was doing then a lot of people are doing now," she says. "Some things I was using have gotten expensive. So I have to keep asking, 'What do I have to do now to be different?'"

She is currently experimenting with different types of clay that add unique textures to surfaces.

When she is not building homes, Wright helps her husband, Brandon Baker, at the Red Rooster Ice House, the restaurant and music venue they own in Hawkins.

They also have a very active daughter, Henley, who is 4. Wright thought she would slow down once Henley was born but that hasn't been the case.

"I'm busier," she says. "I take Henley along with me. She already knows what goes on at a job site."

Danny Mogle has covered news in East Texas for decades. He currently focuses on arts, entertainment and human interest stories and serves as the editor of Lifestyles Magazine.