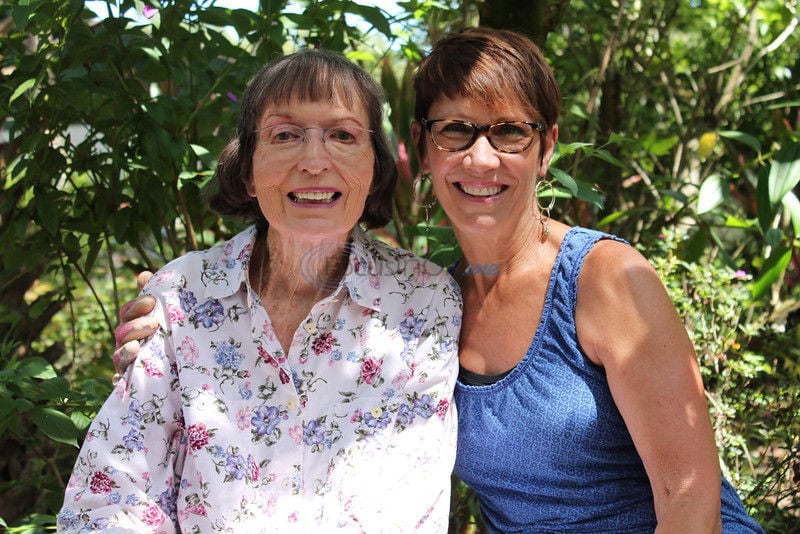 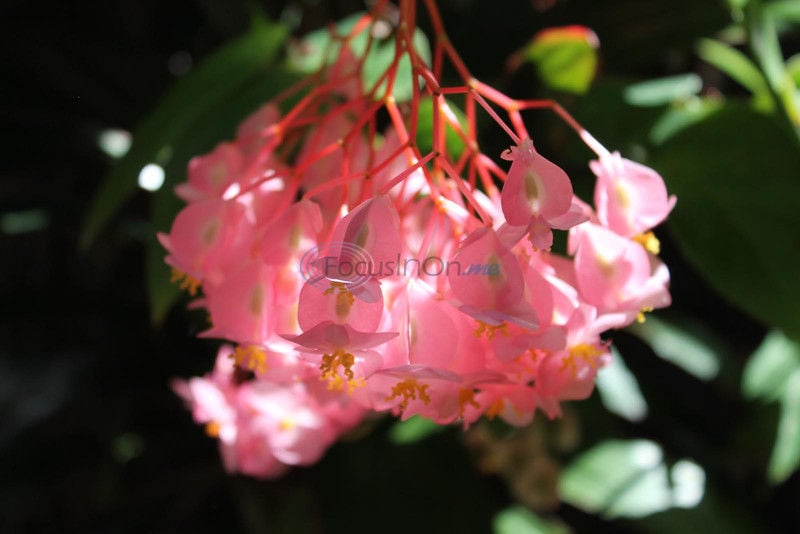 SHNS One of the first plants Helen Mitchell shared with Cindy Glover was cane begonia, also known as angel-wing begonia.

SHNS One of the first plants Helen Mitchell shared with Cindy Glover was cane begonia, also known as angel-wing begonia.

What will 80 years of gardening teach you?

You may be surprised.

As a little girl growing up in Miami during the Great Depres-sion, Helen Mitchell, now 84, learned that a family can eat quite well with a vegetable garden, some chickens and not a lot of money.

When she got older, she found that pruning takes the edge off an aggravating day. And that for someone with troubles much worse than your own, a gift from your yard can do a world of good.

"Sharing gives you a bonding with the person you're sharing with," Helen says, pointing her cane toward a clump of blushing green cordylines and interrupting herself. "You should take some cuttings from those.

"It's the best way to make friends. You ask for a cutting from someone you don't know and that starts a conversation. When you give plants away, you're always calling the people you gave them to so you can check on how they're doing."

She's still checking up on plants she gave away decades ago.

I'd heard about Helen for years from our mutual friend, her neighbor Cindy "Meems" Glover, whom I met through Cindy's popular garden blog, Hoe and Shovel.

Whenever Cindy talks or writes about a fun new plant in her Lutz, Fla., garden, as often as not it came from Helen. Some of the great Florida-hearty perennials that Cindy has helped to popularize, like blackberry lily and lily of the Nile, she learned about from Helen.

"Her yard is awesome. It has been all plants — no grass — since long before it was cool not to have grass," says Cindy, a Hillsborough County Master Gardener. "Helen is one of those old-fashioned gardeners. She does it by instinct; no formal knowledge and she doesn't care so much about names."

Cindy's right. Helen's sprawling garden of colorful tropicals beneath huge oaks makes me want to simultaneously kick back and jump up to wander. Many of her plants come from cuttings she brought from Miami 27 years ago. They seem so much more robust than their hybridized descendants!

"My favorite little plant is the pentas," Helen says. "They come in all colors."

Hers, of course, are the big, vibrant old-fashioned variety.

Helen never fertilizes or buys plants — she doesn't even know where the garden centers are, Cindy says.

"I have a sprinkler system, which I treasure," Helen concedes.

Cindy and Helen, a good generation apart in age, have been besties since Helen first rolled up with her car full of cuttings. While Cindy was raising kids, Helen was helping to raise grandkids. While Cindy's husband was putting in hours at the office, Helen's was covering every wall in their home with his retirement hobby: clocks.

The two have spent countless hours gardening in their "grubbies" and talking.

I'm thoroughly entertained as I listen to them. Cindy is extraordinarily kind and genteel — also pragmatic, driven and tough as nails.

"Cindy, get some cuttings from that for Penny!" the older woman says, pointing her cane as we stroll her yard. (She also uses that cane to clobber giant lubber grasshoppers and pull errant twigs out of her flowers.)

"Yes, ma'am," Cindy says and starts snipping. "How's this?" she asks, holding up a bouquet of stems.

Helen points to a cluster of tall, flaming-red flowering pagodas.

"I think it's time to cut these back," she says.

"OK, if that's what you think." Helen casts a sidelong glance that says it's not at all what she thinks.

Later, Helen tells me, "Cindy's been the best neighbor in the world. ... She gave me a beautiful birthday card with photographs of my plants. I still have it up."

Cindy tells me that she and Helen hit it off from the first day they met.

"That plant connection transcends everything. Look what it started with Helen and me!"

Share a plant and you never know what you'll find growing.