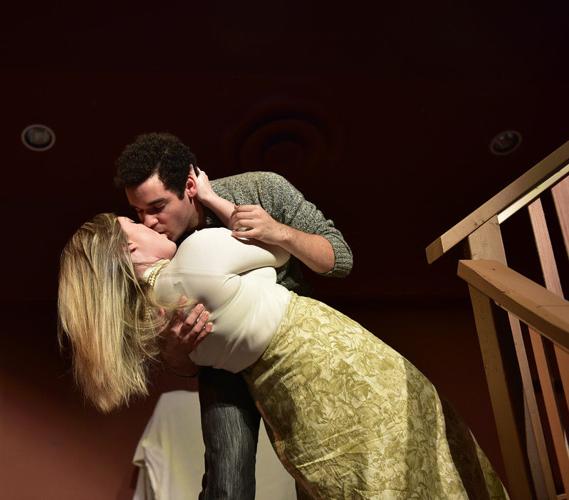 Melody McNatt of Chandler and Christopher Fisher of Tyler kiss on the stairs. Correspondent/Noah Morris 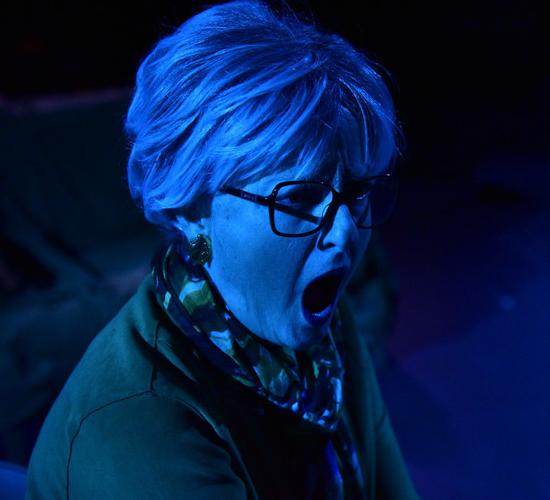 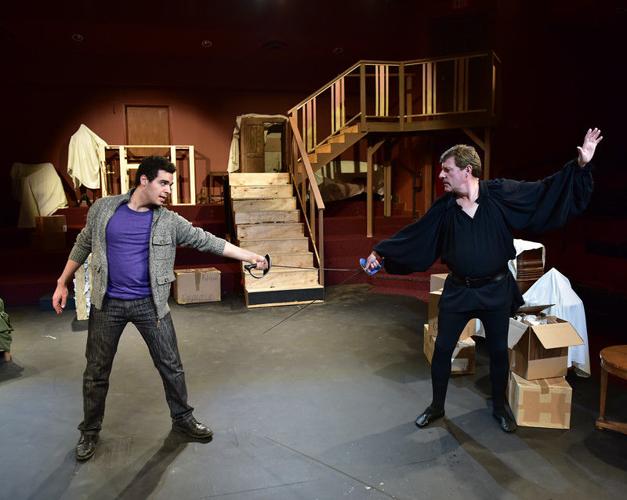 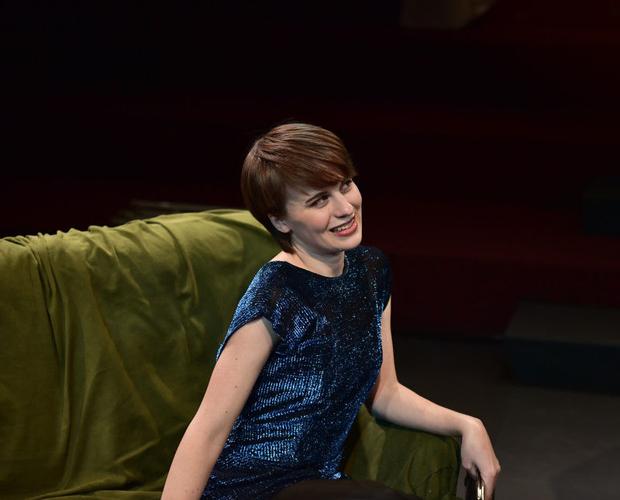 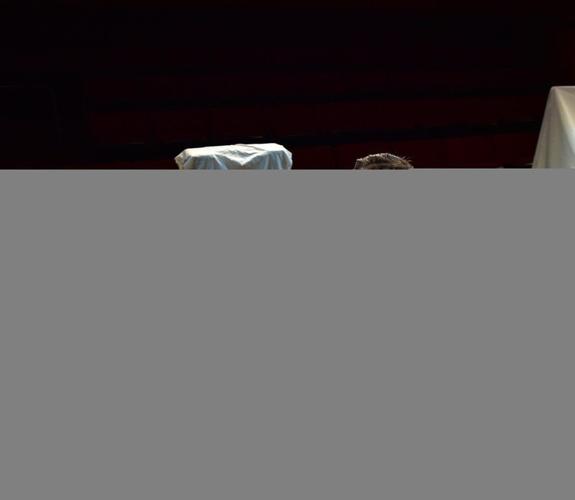 Christopher Fisher of Tyler and Jacob Gillard of Bullard transform into their characters. Correspondent/Noah Morris

Melody McNatt of Chandler and Christopher Fisher of Tyler kiss on the stairs. Correspondent/Noah Morris

Christopher Fisher of Tyler and Jacob Gillard of Bullard transform into their characters. Correspondent/Noah Morris

While moving into an extravagant apartment in New York City, young television star Andrew Rally is offered the opportunity to play Hamlet onstage. He hates the play and is torn on whether to take the part.

Besides that, the love of his life is driving him crazy.

Facing a conundrum, things become even more complicated when Andrew is haunted in his new apartment by the ghost of John Barrymore, the famous actor who once played Hamlet.

All liquored up and full of sarcasm, Barrymore’s ghost feels he has to coach Andrew through his love-life problems and his hatred for “Hamlet.”

Tyler Civic Theater is presenting “I Hate Hamlet” in performances at 7:30 p.m. Friday through Saturday and 2:30 p.m. Sunday at 400 Rose Park Drive. Performances also will take place Jan. 12 to 15.

Tickets can be purchased at the theater’s box office or online at tylercivictheatre.com.

Amanda Spangler, the director, describes “I Hate Hamlet” as an intelligent comedy and says the fun mix of characters shows theater in a different light.

The production uniquely uses props - including a full-size staircase - and “different tricks to shock you and keep you laughing the whole time,” she said.

Chris Fisher plays Andrew, who he describes as a “natural character among ... wonky characters.”

The part requires him to straddles the line between serious and comedic acting, he said.

Brad Echols plays the ghost of Barrymore, who wants to be a father-figure to Andrew and help him value the art of acting over that of money. He described his character as “larger than life and larger than death.”

Anyone who has ever felt put down or was told that they cannot do something will be able to relate to “I Hate Hamlet,” Fisher said.

Ms. Spangler agreed, saying it touches on the common fear of failure.

WHO WE ARE TMT
4 Gets You MORE