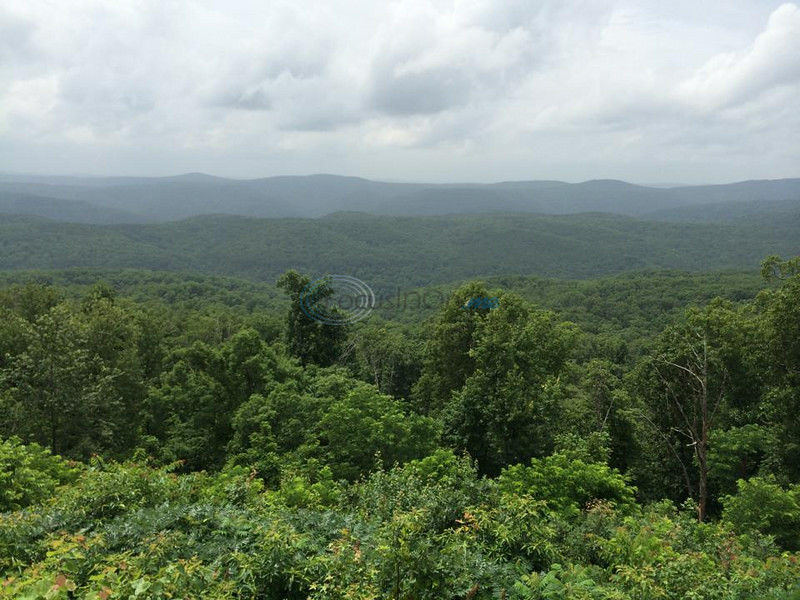 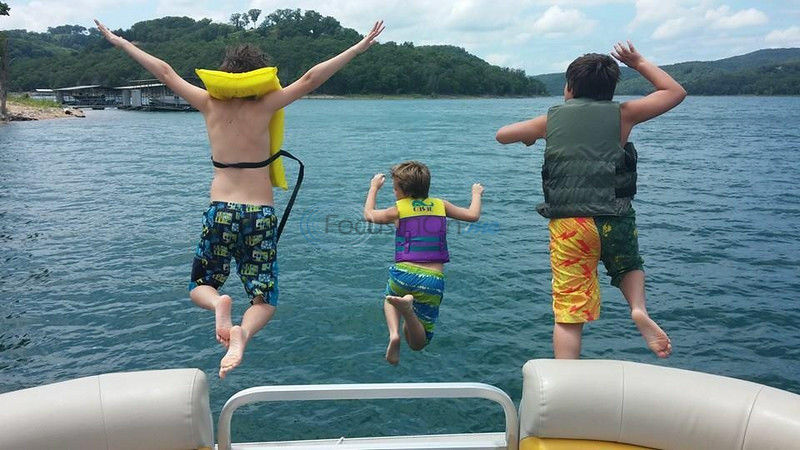 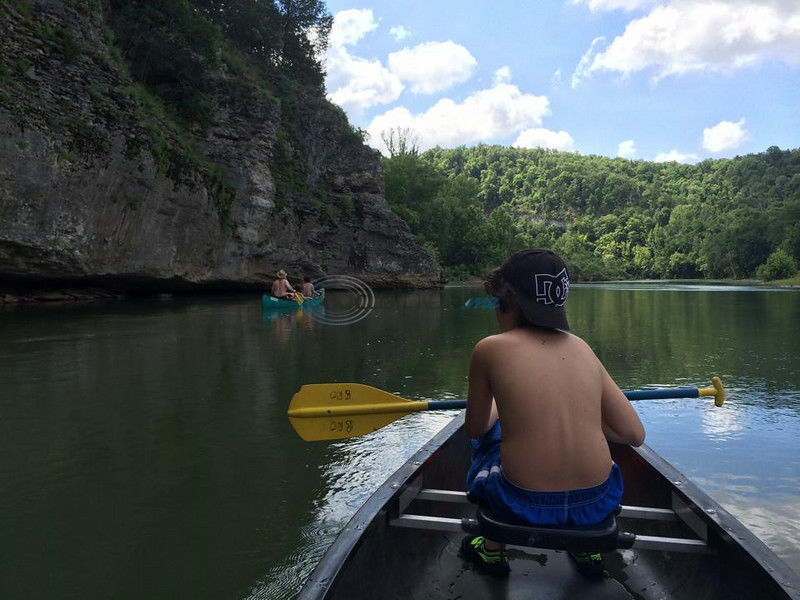 Brian Pearson/Staff Beau Lytle takes in the view from the front of a canoe in the Buffalo River in northern Arkansas. 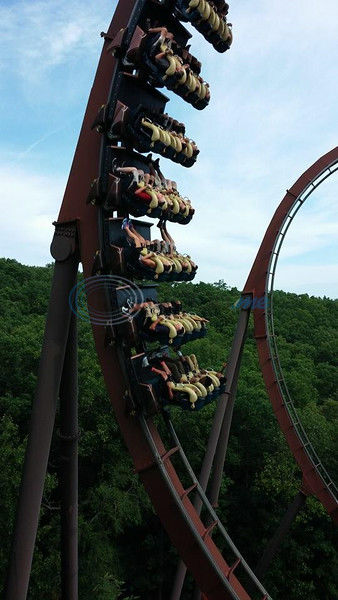 Brian Pearson/Staff The Wildfire coaster at Silver Dollar City takes riders round and round and up and down in Branson, Mo. 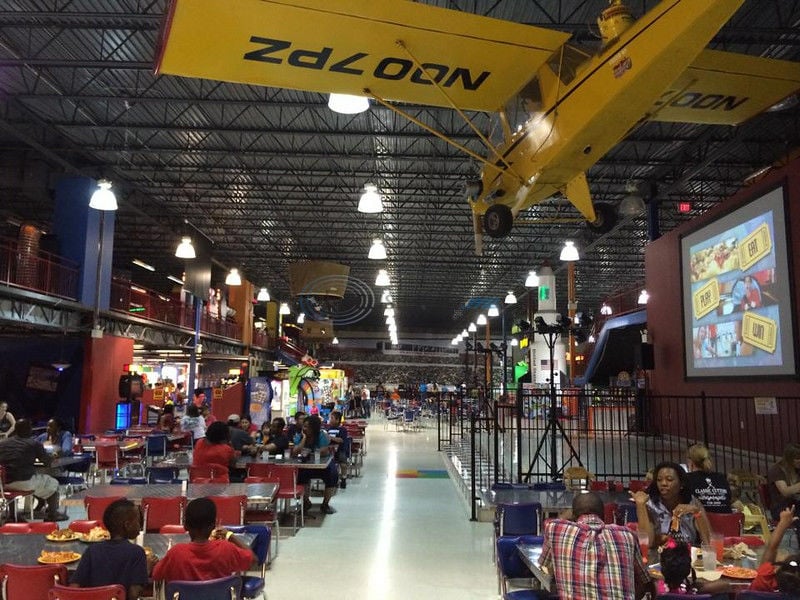 Brian Pearson/Staff The massive Playtime Pizza in Little Rock, Ark., offers plenty to do — and eat — for everyone.

Brian Pearson/Staff Beau Lytle takes in the view from the front of a canoe in the Buffalo River in northern Arkansas.

Brian Pearson/Staff The Wildfire coaster at Silver Dollar City takes riders round and round and up and down in Branson, Mo.

Brian Pearson/Staff The massive Playtime Pizza in Little Rock, Ark., offers plenty to do — and eat — for everyone.

On the move is the way the family likes to roll when it comes to vacations.

Earlier this year, my boys and I did a trans-Texas camping tour, hitting four campgrounds over the course of five days. Last summer, my beautiful new bride and I drove all around Colorado and New Mexico for our honeymoon.

Last month, the blended family — Beth, Beau, Curt, Luke and myself — headed to Arkansas and Missouri for a weeklong, whirlwind tour of that area. It was an equal mix of outdoors, indoors and kinfolks.

The trip set sail June 21, with the first stop in Little Rock, Arkansas, where my wife's sister lives. Little Rock is a scenic city only four to five hours from Tyler.

After arrival, we headed over to this fun place called Playtime Pizza, a combination of Chuck E. Cheese on steroids and Golden Corral.

A flat admission fee gets you access to hours of attractions and an all-you-can-eat buffet that has everything from pizza to meat loaf and mashed potatoes.

The entertainment includes laser tag, bumper cars, go-karts, black-light mini-golf and mini-bowling. The arcade costs extra, but the machines spit out tickets that may be used to score gift-shop items.

The four hours we spent here flew by quickly.

The next day, we decided to assault Mount Pinnacle northwest of town.

I've been hearing about this hike for years, and it did not disappoint.

Pinnacle Mountain, which rises more than 1,000 feet above the Arkansas River Valley, is a state landmark. Park admission is free.

The hike, depending on the route, is only 1.5 to 2 miles round-trip. But it is challenging, with some sections requiring stepping up a steep slope of big rocks. Bring water and wear sturdy shoes.

Hikers are rewarded with a spectacular view from this Ouachita Mountains gem.

Later that day, we drove over to Hot Springs and spent the night with some of my wife's kinfolks. We didn't see much of what Hot Springs had to offer, but we did have fun goofing around on a golf course.

The next day, a Monday, we loaded up and made a short, beautiful drive north through the Ouachita Mountains and then into the Ozarks to the Buffalo River, where we had rented a quaint cabin in the woods.

The cabin and canoe trip were organized through Buffalo River Outfitters. There are several other outfitters in the area as well.

The Buffalo River was the country's first national river and is federally protected.

Styrofoam coolers are prohibited, and there was no residential or commercial development to be seen on the 10-mile stretch we canoed. There are longer and shorter trips through the outfitters.

The emerald-green water and soaring cliffs make this a spectacular trip.

Other than some mild rapids ideal for tubing, the river was calm, and the journey averaged about two miles per hour. After the trip, we drove the boys down to a popular swimming hole on the river.

The next morning, we bid our cabin farewell and made the short drive north to Branson, Missouri, a sort-of country Las Vegas.

We had a two-day pass set up at the Silver Dollar City amusement park. The park isn't as big as Six Flags Over Texas in Arlington, but it has some mighty thrilling rides, such as Outlaw Run, a wooden coaster that opened in 2013 and has, among other features, a barrel roll.

Two things that made the park great were the elderly folks running a lot of the park and very small waits to get on rides. The retirees added a kindly vibe to the proceedings, and you can't beat walking up to an awesome roller coaster and getting right on.

Branson — amid its sea of shows, restaurants and resorts — also has a bunch of elaborate go-kart tracks, one of which we hit the next morning before returning to Silver Dollar City.

We left before sunset and headed south for a short drive over winding roads to a friend's Beaver Lake house near Garfield, Arkansas.

Beaver Lake is a monster water body with more than 700 miles of coastline, although it doesn't look like a massive reservoir thanks to it being relatively narrow. But it's almost 50 miles long.

The next day, we rented a high-performance pontoon boat from the nearby marina and spent hours dragging the kids around on an inner tube. This boat, with a top speed of 32 mph, isn't perfect for skiing, but it was perfect for recreation and tubing.

We arrived home tired and satisfied that we had left it all on the field when it came to this vacation.

Brian Pearson is a managing editor of the Tyler Morning Telegraph.